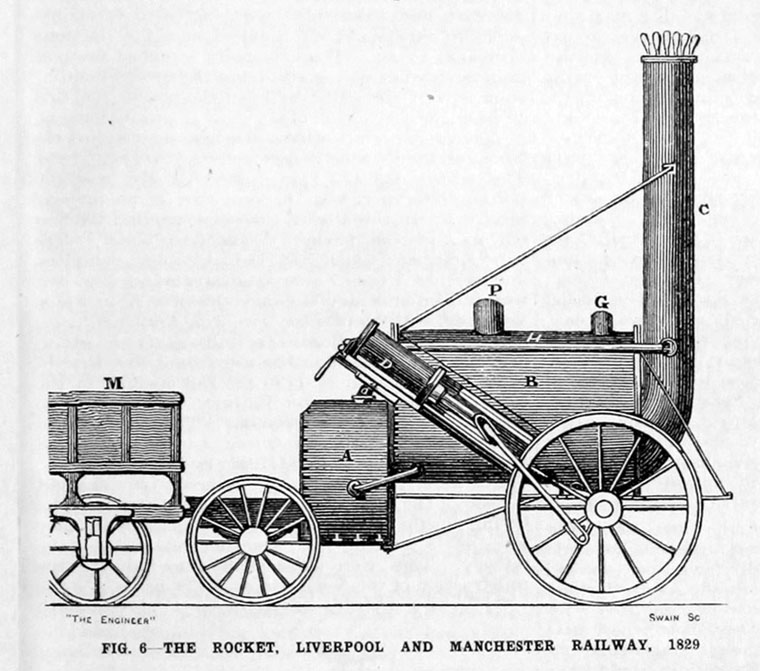 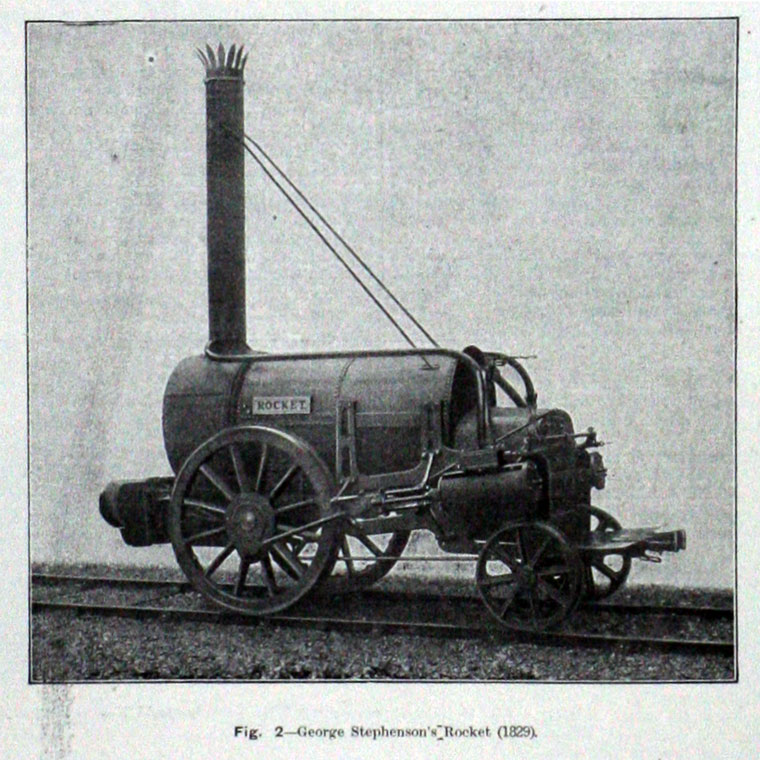 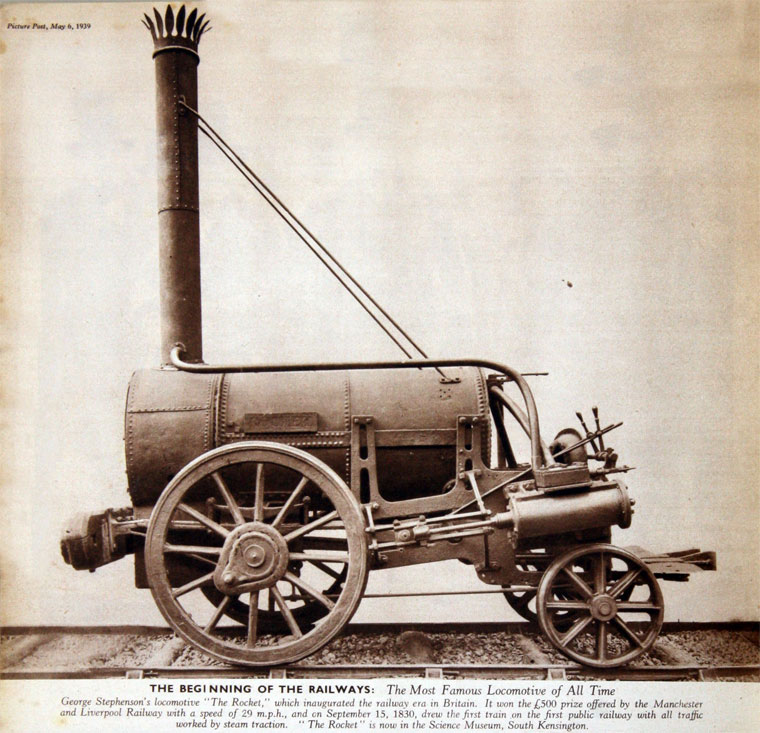 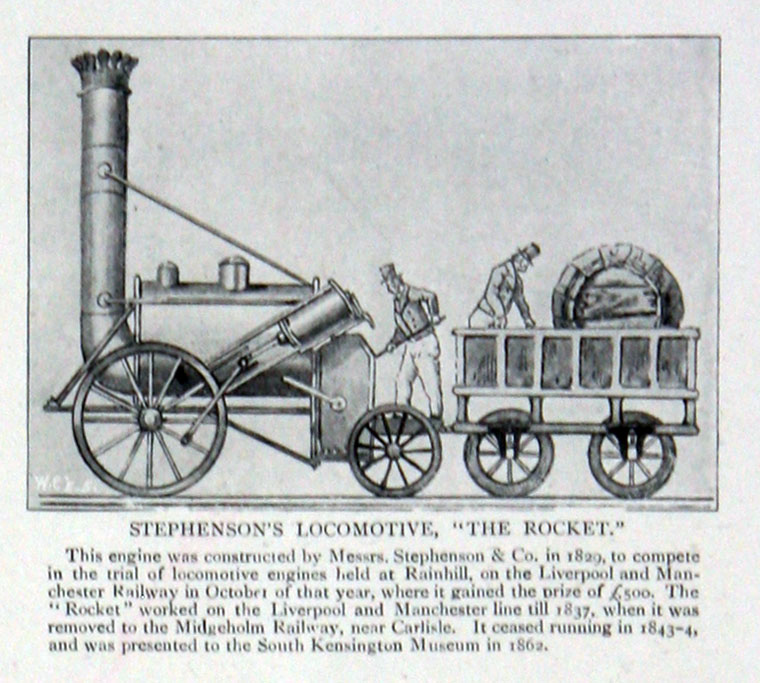 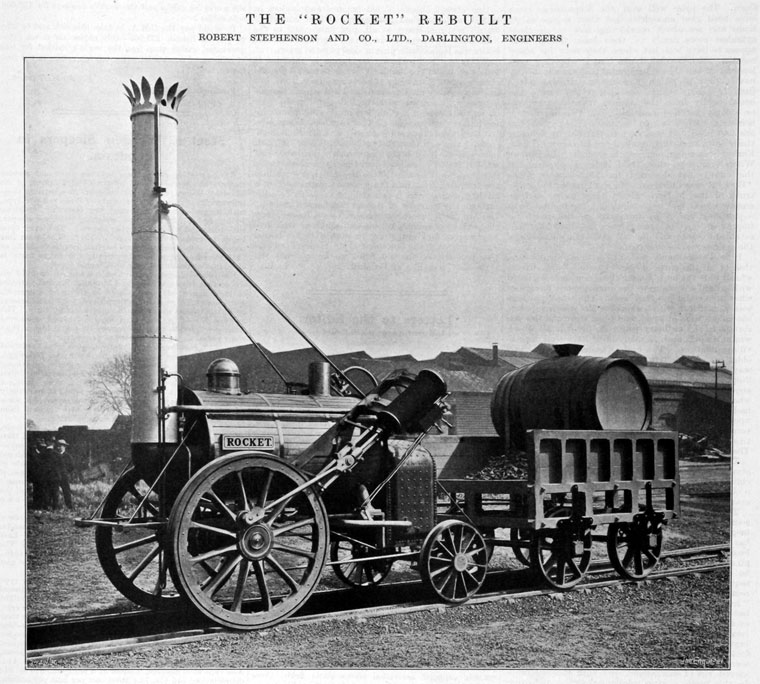 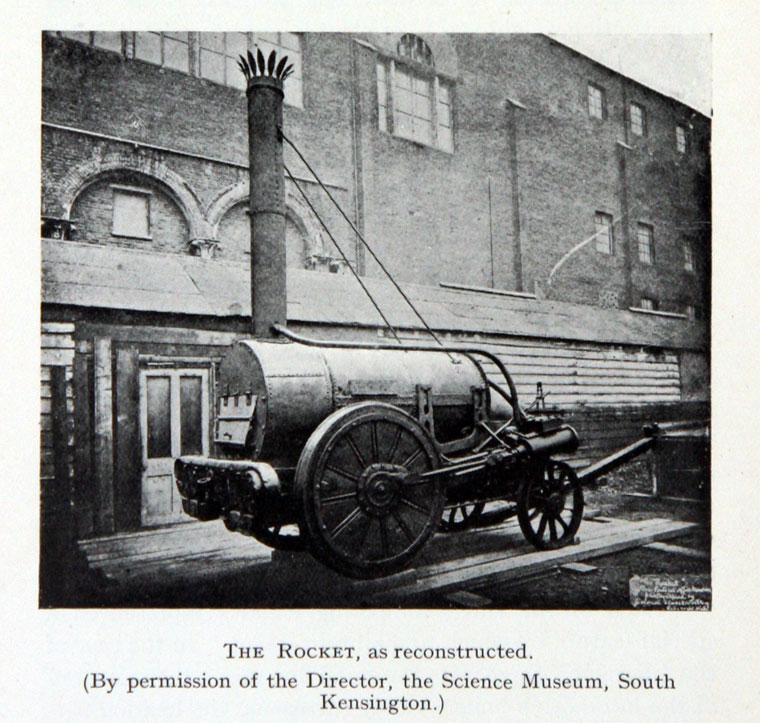 The 'Rocket' as reconstructed. 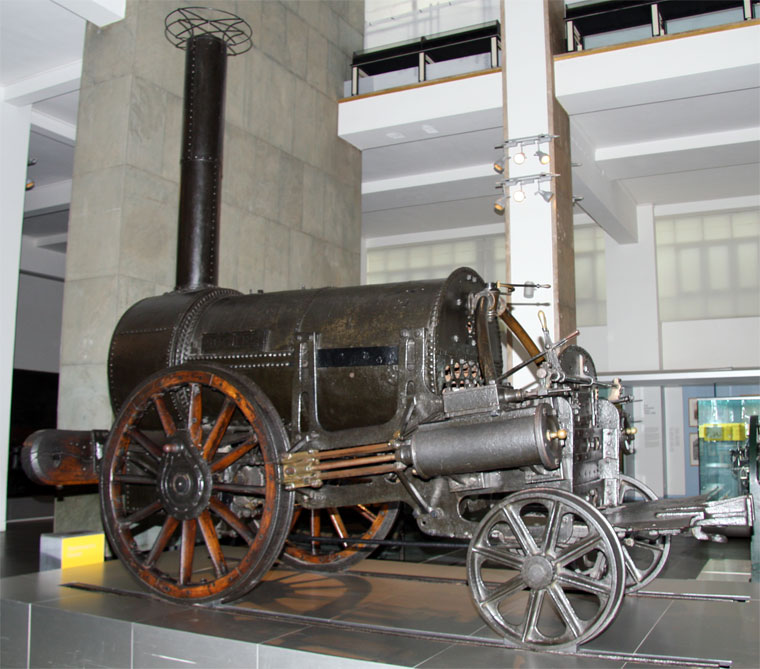 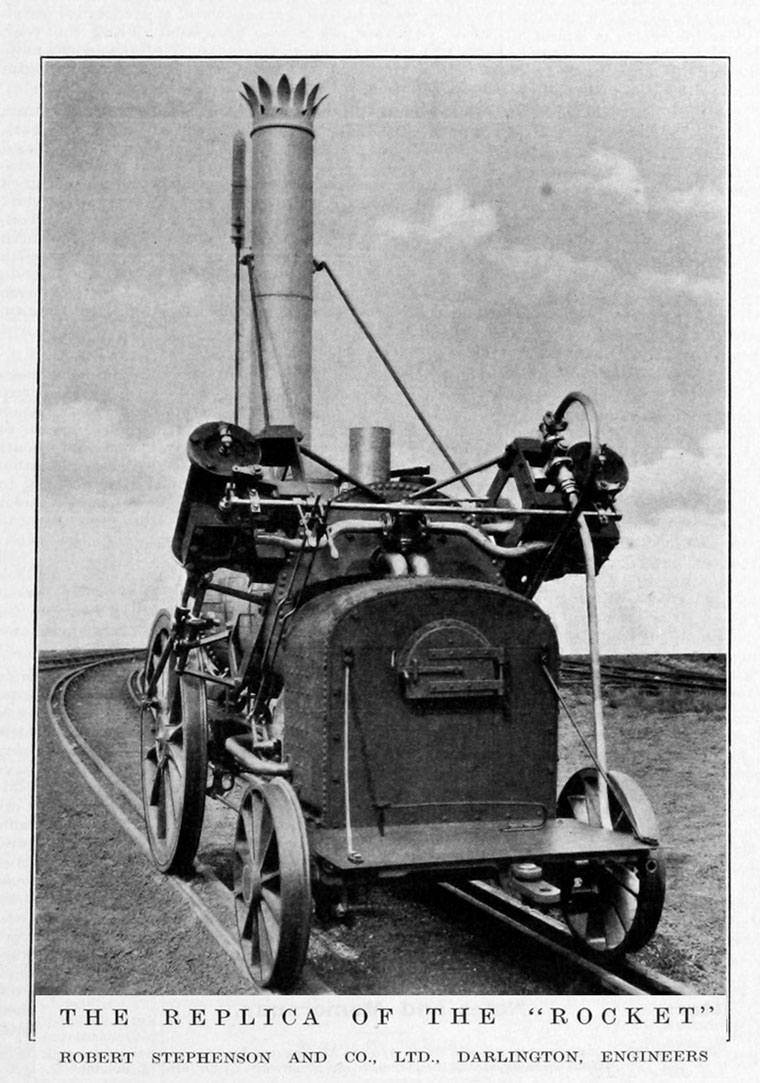 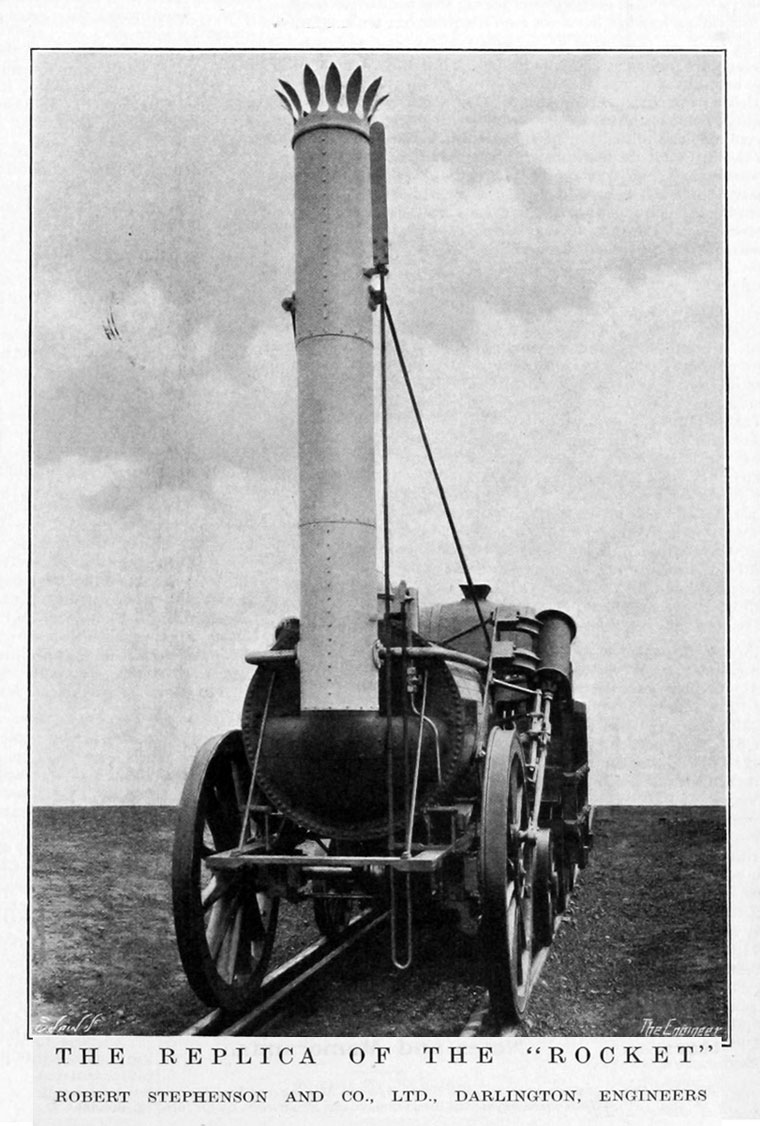 1931. Sectionalised Replica of the Rocket.

George Stephenson's Rocket was an early steam locomotive of 0-2-2 wheel arrangement, built by Robert Stephenson and Co; George Stephenson was assisted by his draughtsman George Henry Phipps, in 1829. This Rocket was built at the same time as another having the same name, i.e. Rocket, which had 6-coupled wheels and return flue-type boiler.

The Rocket was designed and built to compete in the Rainhill Trials, a competition to select the locomotive type for the Liverpool and Manchester Railway, on 6 to 14 October 1829. All the other competitors broke down and Rocket was declared the winner. Rocket fulfilled the key requirement of the contest that a full simulated 50 mile (90-km) round trip under load be completed with satisfactory fuel consumption. It averaged 12 miles per hour while hauling 13 tons and 29 miles per hour running alone.

At the official opening of the railway almost a year later on 15 September 1830 the first run of Rocket was marred by the first fatal railway accident, the death of William Huskisson MP.

After service on the Liverpool and Manchester Railway, the Rocket was used near Tindale village and on Lord Carlisle's Railway.

In 1862 Rocket was donated to the Patent Museum in London by the Thompsons of Milton Hall, near Brampton, in Cumbria. The locomotive still exists in a much modified form compared to its state at the Rainhill Trials. The cylinders were altered to the horizontal position, compared to the slanted arrangement as new, and the locomotive was given a proper smokebox. Such are the changes in the engine from 1829 that The Engineer magazine, circa 1884, concluded that it seems to us indisputable that the Rocket of 1829 and 1830 were totally different engines.

In 1979 a replica Rocket was built by Locomotion Enterprises for the 150th anniversary celebrations. It has a shorter chimney than the original in order to the clear the bridge at Rainhill: the trackbed is thicker than in the 19th century, giving less headroom.

The Rocket was displayed in the London Science Museum, but has now been moved.