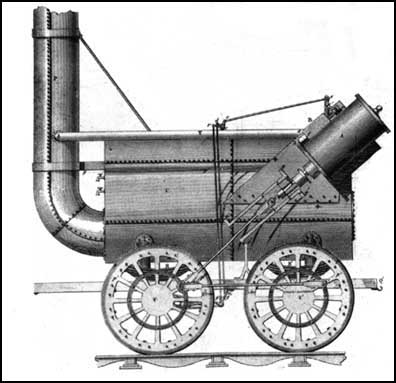 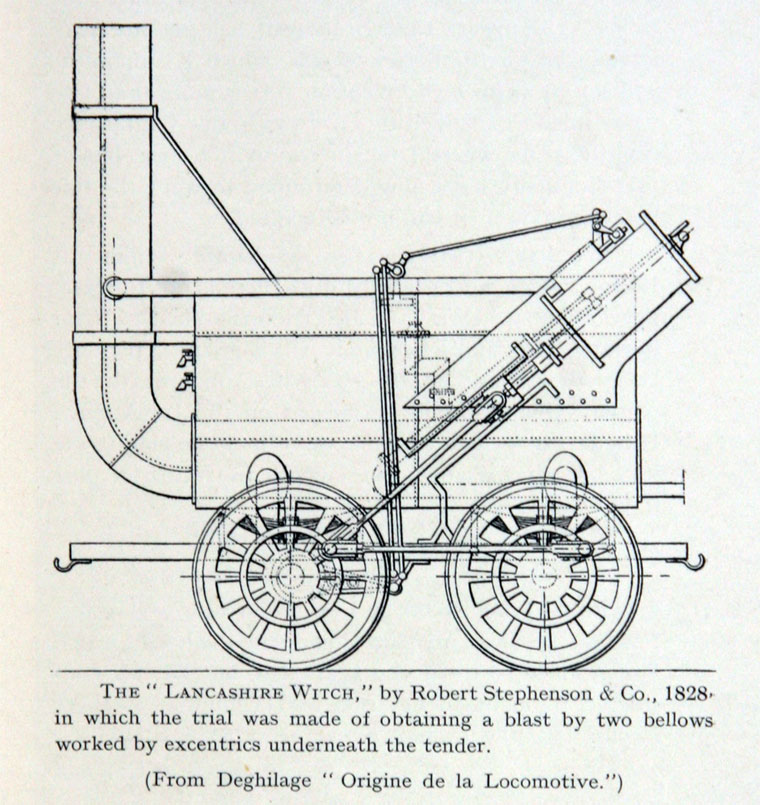 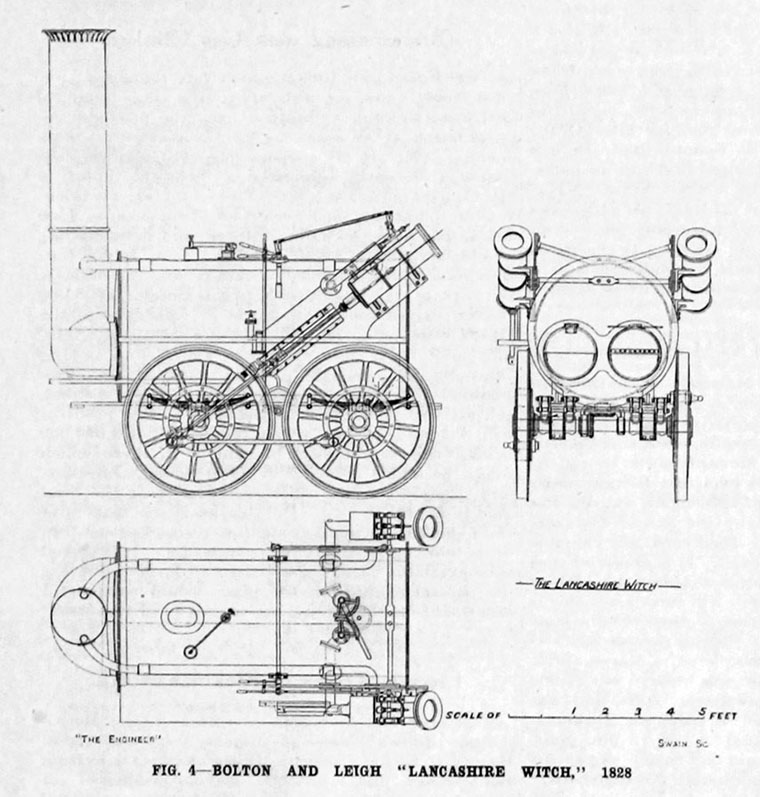 The Lancashire Witch was built by Robert Stephenson and Co in 1828 for the Bolton and Leigh Railway.

The locomotive was a development of the Locomotion No. 1 that had been built by George Stephenson and Timothy Hackworth for the Stockton and Darlington Railway in 1825.

It was carried on four coupled wheels 4ft diameter, with wood spokes and iron tires. The cylinders were 9in. by 24in and the piston-rods were directly connected with the front wheels by the usual rods. Both axles had springs above the bearings which were inside the wheels. The boiler was 9ft. by 4ft and contained two flues, somewhat after the fashion of the Lancashire boiler. Total heating surface - 66 square ft., grate area 12 square ft. The exhaust passed through pipes into a chimney but, in addition to such blast effect as this arrangement produced, forced draught was applied by bellows placed under the tender and worked by excentrics. This addition was provided to overcome difficulties anticipated with coke burning, but was afterwards abandoned as unecessary.[1]

The cylinders were placed on each side of the boiler that inclined at about forty-five degrees. The pistons drove the front wheels directly. This made her the first locomotive with steel springs on all wheels.

The Lancashire Witch had two furnace flue tubes which joined together at the front into a single chimney. Robert Stephenson also added nozzles in the firegrate through which air was pumped by bellows in the tender. Using this method it was possible to burn coke rather than coal and therefore reduced the amount of smoke produced. Weighing only seven tons, the Lancashire Witch could pull a load of 40 tons up an incline of 1 in 440 at 8 mph (13 kph).