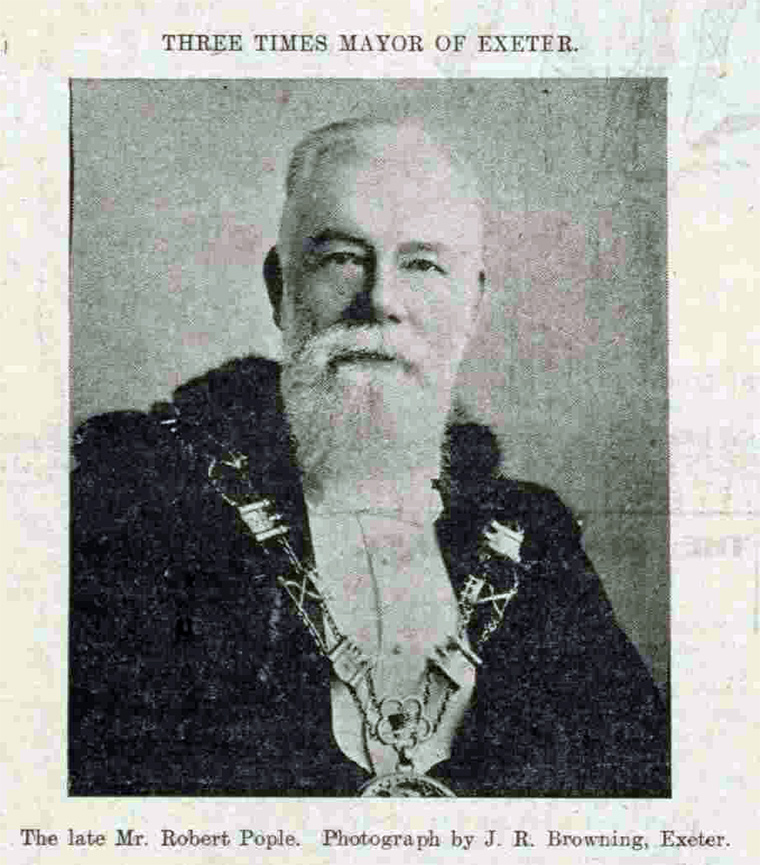 Born at Bridgwater the son of John Pople, an Innkeeper.

1861 Living at the Eastern Commercial Hotel, Bridgwater: Robert Pople (age 25 born Bridgwater), Hotel Keeper. With his wife Sarah A. and one daughter.[1]

1909 February. Died. Came to Exeter 45 years ago and for four years was at the Half Moon Hotel and then took over the New London Hotel. Three times Mayor of the city. (Long detailed obituary).[8]