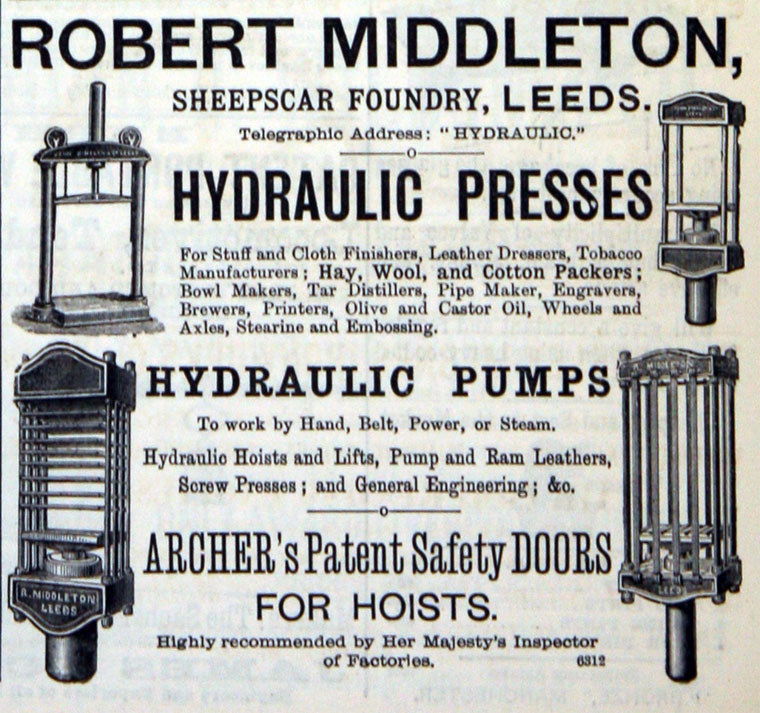 ROBERT MIDDLETON was born at Leeds on 4th October 1847.

At the age of twenty-three he became the proprietor of the Sheepscar Foundry, Leeds, making a speciality of hydraulic machinery.

The business rapidly increased, so that the works had to be enlarged, and the building of Corliss, pumping, and stationary engines was added. Subsequently he brought out machinery for making patent fuel or briquettes, and developed a large business in this connection.

His death took place at Leeds on 11th October 1912, at the age of sixty-five.

He became a Member of this Institution in 1891.