Grace's Guide is the leading source of historical information on industry and manufacturing in Britain. This web publication contains 143,015 pages of information and 229,287 images on early companies, their products and the people who designed and built them. 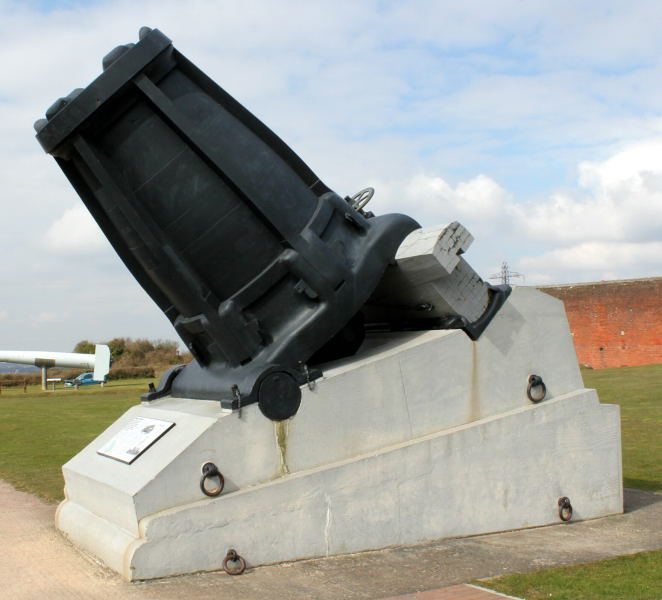 1839 Robert Mallet of Dublin became a member of the Institution of Civil Engineers.[1]

1865 Patent for improvements in mounting ordnance[2]

. . . born on the 3rd of June, 1810, in Dublin, where his father, John Mallet, originally of Devonshire, had established a brass and copper foundry . . . After leaving college he spent a good deal of time in his father’s works, and visiting engineering establishments in England at every opportunity, taking, at the same time, practical out-door lessons in surveying and levelling from Mr. J. J. Byrne. . . . One of his first works of importance, interesting for its originality, was the raising and sustaining of the roof of St. George’s Church, Dublin. . . . At this time the celebrated firm of brewers, Guinness and Co., began to consult him upon various matters . . .

In 1840 Mallet began to make beam engines of considerable power, such as those erected at the Ringsend Dock Mills of Hastings and Carter, but the Irish market for steam engines was not more extensive then than now, and he turned his attention more to railway and civil engineering work . .

In 1845-6 he designed and erected the terminal station of the Dublin and Drogheda Railway;. . . . In 1849 he designed and constructed the iron station roofs at Belfast, Portadown, and Armagh. He also constructed the large engine-shed of the Lancashire and Yorkshire Railway at Miles Platting, of which Mr., now Sir, John Hawkshaw, was Engineer-in-chief. . . .

The 70-ton sheerlegs at the Victoria (London) Docks were built by C. J. Mare and Co., of Blackwall, from Mallet’s designs. . . .

In 1861 Robert Mallet gave up his house at Glasnevin, in Dublin, and came to London, when he opened an office in Westminster and practised as a consulting engineer, also attending to his patents. . .

Mallet's 70-ton sheer legs for Victoria Dock (London) were described in 'The Engineer' in 1856. The legs, approximately 100 ft long, were of tubular section, made from wrought iron boiler plate, instead of the traditional wooden construction [7]. See C. J. Mare and Co for an illustration.