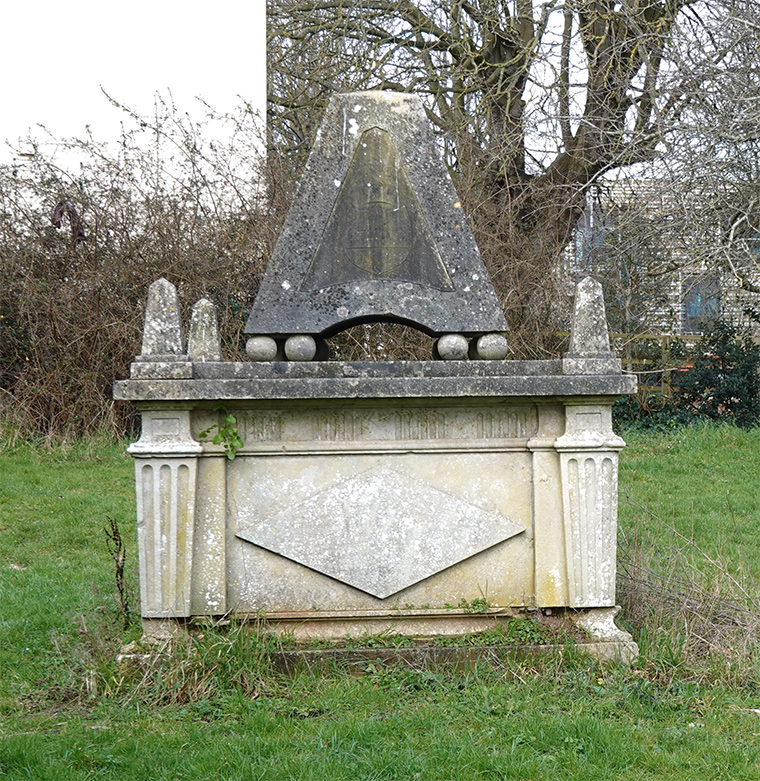 Tomb in St. David's Church, Exeter with inscription difficult to decipher. Reads "This monument was erected by John Newcombe the only son and living issue of Robert Lydstone Newcombe and Hannah his wife in the year 18x7 in consequence of the old church (in which this vault was inclosed) .....one erected on a different site." "John Newcombe. Margaret Bastard widow sister. Hannah Newcombe. Age 69 years." Image 2021.

He married Hannah Bawden (b.1722, d.1799) on the 9 July 1754 at Littleham, daughter of Humphry Bawden, a mercer in Exeter and his wife Margaret née Newcombe (the paternal aunt of Robert L. Newcombe), by whom they had a son and five daughters.

1761 Birth of son John Newcombe (1761-1846) of Starcross, Justice of the Peace and High Sheriff for Devon on 4 February 1814, son and heir, who married Harriet Pleydell (1762-1821) of Whatcombe, Long Bredy in Dorset, the daughter of Jonathan Morton Pleydell and his wife Elizabeth née Jackson. Their white marble mural monument and funerary hatchment survive in Kenton Church

1808 January 08th. Died and was buried in the south-west corner of the churchyard of St David's Church, Exeter, where his large monument topped by obelisks above his grave survives.