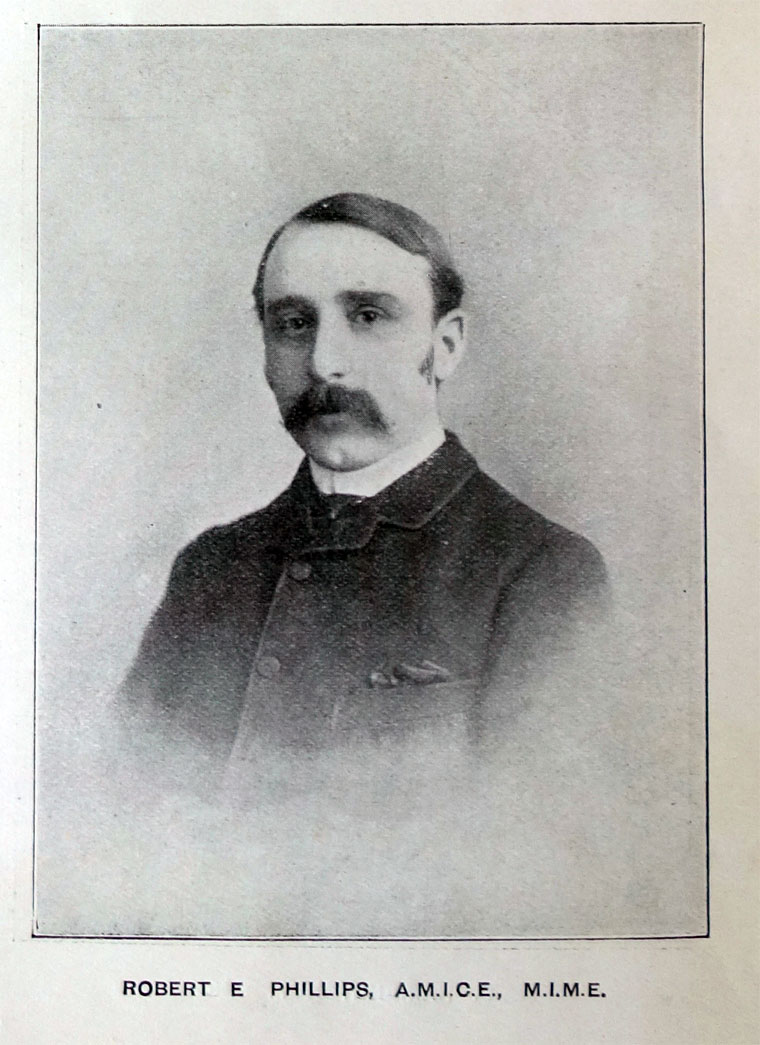 Apprenticed to Davey, Paxman and Co

1885 Wrote On the Construction of Modern Cycles

1901 October. Long letter regarding his dispute with the Dunlop Pneumatic Tyre Co and their unreasonable behaviour.[2]

PHILLIPS, ROBERT E., Assoc. M.I.C.E. and E.E. - Born in Knighton, Radnorshire, July 30th, 1855, and educated at King Edward VI. Grammar School, Ludlow, Mr. Robert E. Phillips was apprenticed Messrs. Davey, Paxman and Co., Engineers, Colchester in 1872; coming to the metropolis to take up a position as one of Sir Frederick Bramwell's assistants in 1880, he subsequently commenced practice as a consulting engineer and patent agent in 1883.

Besides being a member of the Institutions named above, he is a Fellow of the Chartered Institute of Patent Agents, and a member of the Royal Statistical Society. His special study is that of mechanical patents, especially in relation to road vehicles.

Taking up motoring as a pursuit immediately after the passing of the Locomotives on Highways Act of 1896, and commencing at the bottom of the ladder with a motor tricycle, he drove his Petit Duo Mors in the 1000 Miles Trial of the Club as a private owner, and successfully accomplishing the run, obtained the highest award for his car in its class. Mr. Phillips at present drives a Rochet-Schneider car.