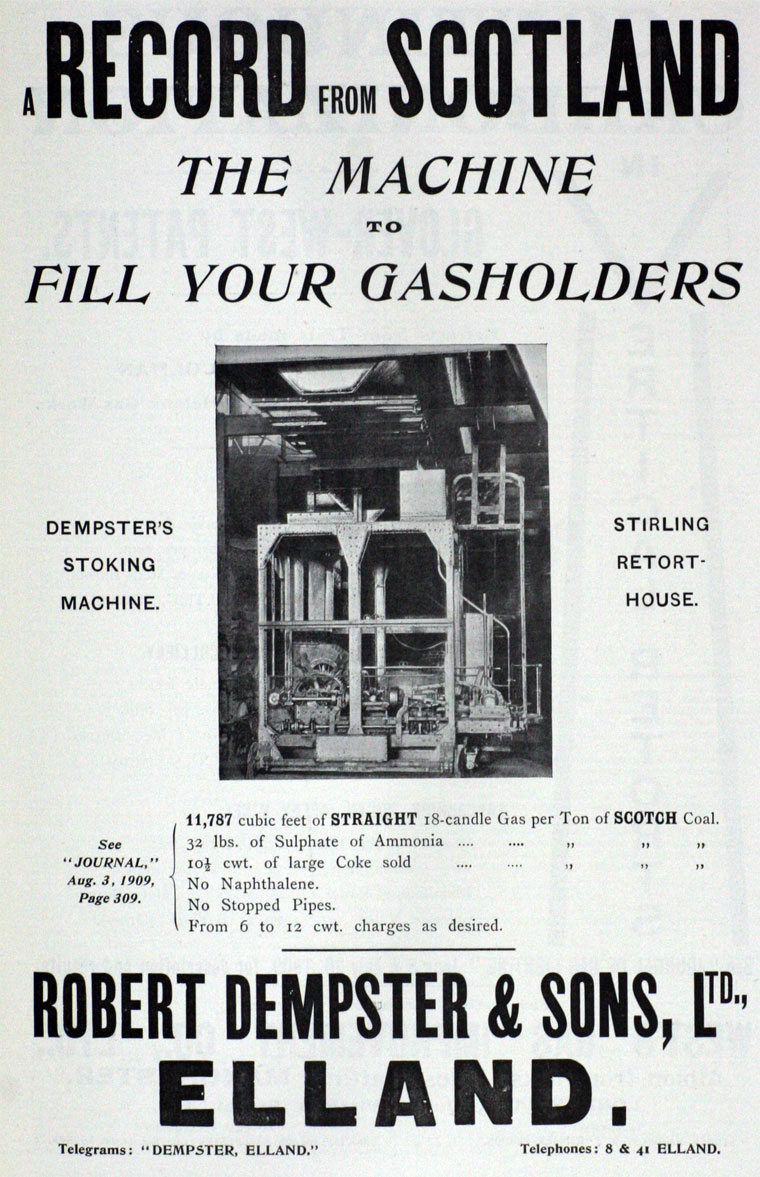 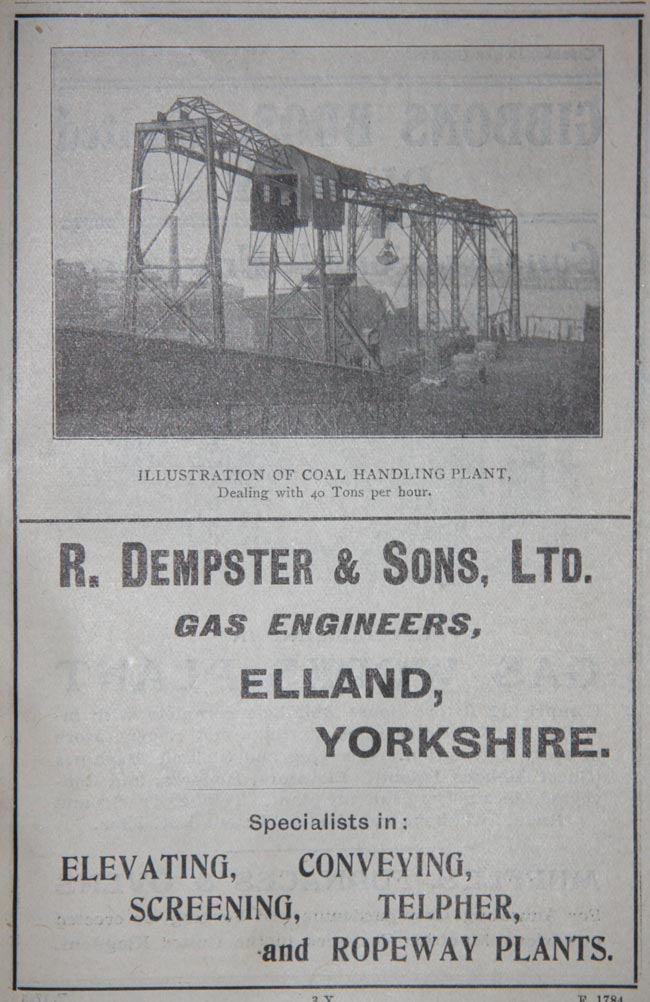 1923 Patent - Apparatus for discharging and charging retorts or ovens.

1926 Received an order from the County of London Electric Supply Corporation for the coal-handling plant, comprising two 100 tons per hour gravity bucket conveyors and a 25-ton per hour telpher plant over storage bunkers, for the extensions of the electric super power station at Barking.