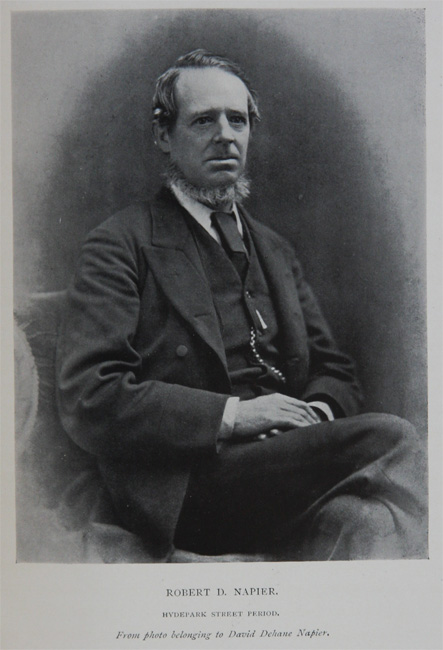 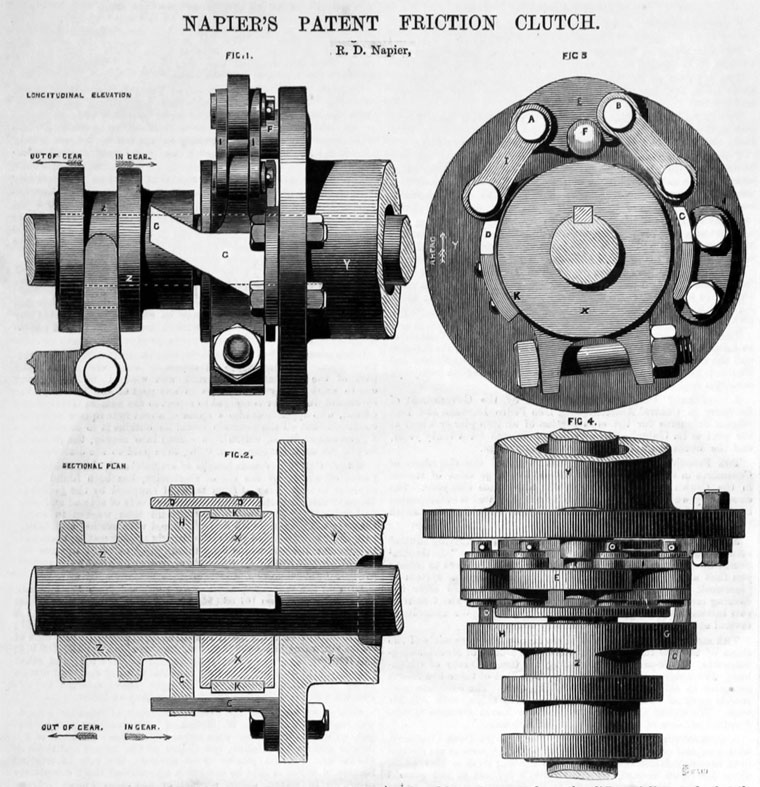 Educated for a time at Liverpool, and later in London.

In Australia his experience was chiefly that of marine engineering, afloat and on shore.

c.1865-6 he returned to Britain to patent and introduce his brake invention.

1867 of Birkenhead, wrote to The Engineer about hydro-propulsion[2]

Along with his brother John he established a business called Napier Brothers; the firm was successful in applying the Friction Brake in many directions, especially in the well-known Napier Windlass.

1869 of Glasgow when he wrote to The Engineer

In papers submitted to the Institution of Engineers and Shipbuilders, he discussed the "Special applications of the Differential Friction Clutch," which the President pronounced "one of the best mechanical inventions that had been brought under the notice of the Institution."

He carried out an exhaustive series of experiments to determine "the velocity of steam and other gases" and "the true principles of the discharge of fluids," the results of which were embodied in further contributions to the Transactions of the Institution. In common with his brothers, he inherited much of their father's inventive ability; and in private life was very highly esteemed by all who knew him.