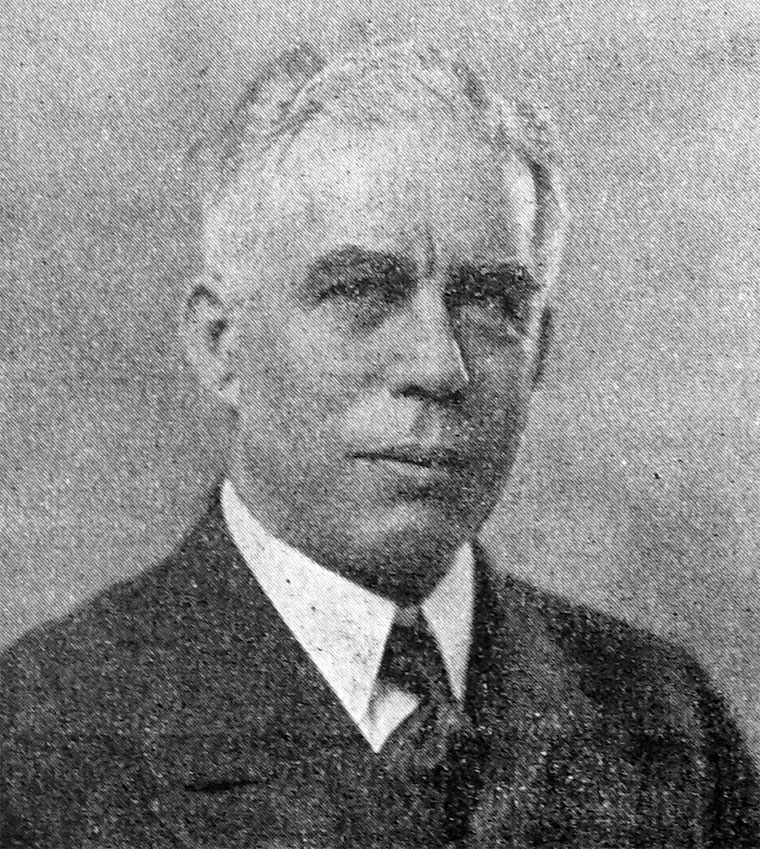 Robert Crooks Stanley, who died on 12 February 1951, was a man of outstanding accomplishments in many fields - mining, scientific, industrial, financial, and educational. He provided the leadership through which The International Nickel Company of Canada, Ltd., has emerged as one of the world's leading mining and metallurgical enterprises. Under his guidance ores with which metallurgists had long struggled in an effort to separate the nickel contents, have been made to yield this metal in ever-increasing quantities, as well as copper, platinum, and many by-product metals.

International Nickel, of which he had been President from 1922 until February, 1949, and Chairman from 1937 to the time of his death, is today the world's largest producer of nickel and the platinum metals, - and is the greatest single producer of copper in the British Empire.

Mr. Stanley was born on 1 August 1876, in Little Falls, New Jersey, the son of Thomas and Ada (Crooks) Stanley. He was for a time instructor of manual training at nearby Montclair High School to help finance his technical training at Stevens Institute of Technology in New Jersey.

Mr. Stanley received a mechanical-engineering degree at Stevens in 1899, and later served as the Institute's Chairman of the Board and Trustee for fourteen years. After his graduation from the Columbia School of Mines as a mining engineer in 1901, Mr. Stanley was employed by the S. S. White Dental Company of Philadelphia to investigate platinum placer sands in British Columbia. Upon his return from this field trip arrangements were made for him to assay samples at the precious-metals refinery maintained by a predecessor company of International Nickel at Bayonne. This proved to be his introduction to a career of almost fifty years with International Nickel.

In 1905 Mr. Stanley discovered Monel, which has since become one of the outstanding alloys for applications where strength, corrosion-resistance, and appearance are requisites. He effected numerous advances in nickel metallurgy, and his patented refining process became the basis for recovering nickel by electrolytic renting. As General Superintendent of International Nickel's Orford Works, Mr. Stanley was successful in substantially stepping-up nickel production to meet the demands of World War I, but when he became President of International Nickel in 1922 the industry was at its lowest ebb. Up to that time nickel had been consumed principally in the manufacture of armaments.

To promote industrial peace-time uses of the company's products, one of his initial efforts was the formation of a Development and Research Division, through which thousands of commercial peace-time applications for nickel were established. International Nickel thus became one of the first metal companies in North America to pursue research vigorously. It was my great pleasure to join Mr. Stanley and his associates at this time in their initial programme of research.

As a result of the rapid rate of increase in nickel consumption, the development of an adequate and dependable supply of the metal for world industry became an essential part of Mr. Stanley's programme. As early as 1924 he began to prepare his Canadian productive organization on a basis which, only a few years earlier, would have been regarded as fantastically large. A nickel mill and smelter were built at Copper Cliff, Ontario, the Frood Mine was developed into one of the world's largest mines, and an electrolytic copper refinery was built. Outstanding in this programme was the consolidation with The Mond Nickel Company, Ltd., early in 1929 to form the present International Nickel Company of Canada, Ltd.

During the six years of the Second World War, International Nickel, under Mr. Stanley's direction, produced and delivered to the Allied countries for military and essential purposes about one and a half billion pounds of nickel in all forms, together with more than one and three-quarter billion pounds of refined copper and substantial quantities of the platinum metals, so vital to modern warfare. While meeting the war emergency, International Nickel did not relax its research efforts. In addition to assisting non-essential industries in finding substitute materials for nickel for their products during this period, under Mr. Stanley's guidance the company continued to expand its study of nickel's peace-time potentialities.

In 1937 International Nickel launched a project for the mining of the Frood-Stobie open-pit surface ores and for the construction of larger concentrating, smelting, and refining facilities to utilize these ores. This large pit of surface ores, however, will soon be mined out. In anticipation of this fundamental physical change affecting its production, the Company embarked more then ten years ago on an extended programme to replace open-pit capacity with further underground capacity. When the undertaking is completed the Company will be able to hoist 13,000,000 tons annually, and its underground mining operations will be unmatched in size by that attained by any non-ferrous base-metal mining operation in the world - a fitting monument to a far-seeing leader who piloted his organization successfully through periods of war, depression, and prosperity.

Mr. Stanley's outstanding achievements in the nickel industry brought him wide recognition in other fields. He was a director of a number of prominent United States, British, and Canadian companies and recipient of four honorary degrees in engineering, science, and law. Among the numerous honours bestowed upon him were: the Thomas Egleston Medal of Columbia University Engineering School's Alumni Association; the First Annual Charles F. Rand Foundation Gold Medal; the American Society for Metals Gold Medal for the Advancement of Research; the Alumni Award Medallion of the Alumni Association of Stevens Institute of Technology for his "distinguished service to the College"; the rank of Commander of the Order of Leopold by the King of the Belgians in 1937; and the King's Medal for Service in the Cause of Freedom by King George WI in 1947.

Despite his many other interests, Mr. Stanley never lost touch with research and was justly proud of the many accomplishments of International Nickel's extensive Development and Research Division. He was greatly pleased to receive the Institute of Metals (Platinum) Medal for 1948 in recognition of outstanding service to the non-ferrous industries. In expressing his pleasure to the President of the Institute, he wrote "I wish you could include in this high honour the many technical men in my organization, who have worked hard and long to elevate this Company to its present position ".

Mr. Stanley was a member of the Institute of Metals for over twenty years and we who have known him have lost an intimate friend and experienced counsellor.