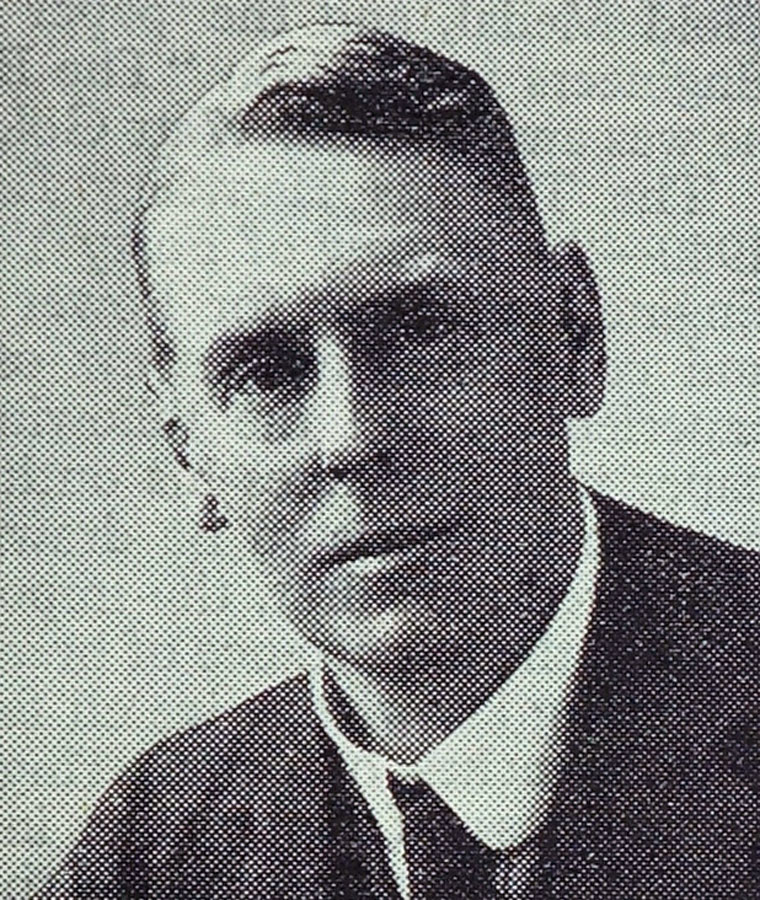 1901 Of New Brompton when he wrote to The Engineer

1919 of Westland Aircraft Works, Yeovil, when he became a Member of Inst of Civil Engineers

He was educated at Clifton College. From the commencement of his training in mechanical engineering at University College Bristol, in 1886, he showed special aptitude for the profession of his choice. He secured an engineering scholarship at the College in 1889, was a Whitworth Exhibitioner in 1890, and Whitworth Scholar in 1892. His earliest practical training was obtained on the "sandwich" system during his University course, with Stothert and Pitt, Ltd., of Bath, and George Adlam and Sons, and Newall and Co, of Bristol. It covered fitting, pattern-making, and turning. In 1891 he spent a year as assistant mechanical engineer with Spillers and Bakers, Ltd., Cardiff, being chiefly concerned with drawing office work and correspondence.

From 1892 until 1894 he was with Hick, Hargreaves and Company, Ltd., Bolton-le-Moors, engine erecting and pattern making. He entered the drawing office in 1894, and was concerned with engine and boiler design and economy tests of municipal electric power stations for eighteen months. For six months he was leading draughtsman in the iron and steel works' plant of Walker, Eaton and Co, Sheffield.

In September 1896, he secured a War Department appointment as assistant engineer at the Brennan Torpedo Factory, Chatham. Here he had the opportunity to utilize his solid training and show his initiative. The torpedo was controllable either from ship or shore, and chiefly for harbour defence. Many unique engineering problems were involved in control, depth mechanism, launching, and recovering after trial runs, involving pneumatic, hydraulic, electric, and steam machinery, together with delicate recording apparatus. He was engaged from 1896 until 1901 on this work. The advance in long-range artillery gradually led to the displacement of the controllable torpedo for harbour defence. In 1902 he turned his attention to the design and manufacture of heavy machine tools and testing machines when he joined Joshua Buckton and Company, Ltd., Leeds, as works manager, remaining until 1907, having been appointed director and works manager in 1904.

During the intervening years Mr. Brennan had made a scientific and practical study of the properties of the gyroscope as applied to a true mono-rail system of railway transport. He had first been led to consider the desirability of such a system during his youth in Australia, where the cost of a double track over vast distances was prohibitively great. His scheme included designs for passenger coaches of extra large dimensions, with a continuous line of wheels, on the single track, running throughout the continent without break of gauge.

Mr. Bruce had kept in touch with this new work, and he rejoined Mr. Brennan in 1907, remaining until 1910. During that period a model railway was completed in the grounds of Mr. Brennan's private residence, upon which a self-propelled vehicle weighing about 1 cwt., and carrying either goods or a lad, operated on level track, steep gradient, sharp curve, or over a wire rope bridge. In addition a full-sized section of railway on a circular track was laid at the Brennan Factory, Gillingham, Kent, and a self-contained railway locomotive carrying its own petrol-electric propelling power and gyroscope-operating electric equipment, with a pay load of 10 tons, was demonstrated to engineers and scientists from all parts of the world. The general public saw the same vehicle at the Japan-British Exhibition in London during 1910. In the course of these investigations, many other applications for gyroscopes became known, and have been used successfully, but the system of transport did not attract the vast capital needed for commercial exploitation.

In October 1910, Mr. Bruce returned to Hick, Hargreaves and Company, Ltd., as chief engineer, where he was concerned with steam engines, turbines, mill gearing, and general engineering. In 1912 he joined the British and Colonial Aeroplane Company, Ltd., Bristol (now the Bristol Aeroplane Company, Ltd.), as engineer-manager, at the time when Mr. Coanda was chief designer. During 1913 he withdrew from commercial employment in order to devote his time to the study of aeronautics, including the Eiffel Tower calculations on wind stresses. He also undertook consulting work which led to his appointment as technical representative of the Greek Government at the works of the Sopwith Aviation Co while aircraft were constructed under Greek Government contract.

In 1914 he joined the R.N.V.R. branch of the Royal Naval Air Service as Engineer Lieutenant, and remained in that Service until June 1915. Then came a change which proved to be the commencement of his major professional work. Petters, Ltd., Yeovil, had offered the facilities of their works for any purpose desired by the British Government, but naval aircraft were most needed. This meant an entirely new "set-up" at Yeovil, and the Admiralty released Mr. Bruce from the Royal Navy, at the request of Petters, Ltd., in order that he might take charge of the work.

In June 1915, there was little more than a vacant site at Yeovil, and an order to produce seaplanes to the designs of the famous Short Brothers, of Rochester. By December of the same year a factory was in operation, and the first seaplane was delivered, tested, and accepted, early in January 1916. From that time until the end of the 1914-18 war, aircraft of many types were delivered every week, and at the same time the factory and its equipment were considerably extended. He demonstrated to technicians and craftsmen the methods required in an industry so entirely new to the majority of those working with him. By the end of the war he had built up a team of experts whose work commanded the highest respect in the aviation industry and in Government circles.

In the sphere of civil aviation he was a pioneer. As early as 1919 he produced the Westland Limousine, the private motor car of the air, and in 1920 the six-seater limousine which won the first prize of £7,500 in the Air Ministry competition for small civil machines. In 1933 two of his aircraft were used in the successful flights over Everest by the Houston Mount Everest expedition.

In 1934 he retired from the position of managing director of the Westland Works, but remained for a further period of three years as consultant to the company. His retirement from professional work allowed him to take an even greater interest in the public affairs of the town of Yeovil. He was honorary secretary and treasurer of the local hospital, and also served on education and church committees. He was a founder-member and first president of the Rotary Club of Yeovil, and took part in the celebration of its twenty-fifth anniversary in 1947.

In all his work he was an untiring enthusiast. He asked for strenuous service from his staff, but gave equal or greater service himself, and he would explain a problem to the most junior of his assistants. He sought neither praise nor honours, but valued friendship highly. He loved music, art, and literature. He died at his home in Somerset, on 8th January 1948; his last day was, appropriately, fully occupied until evening."