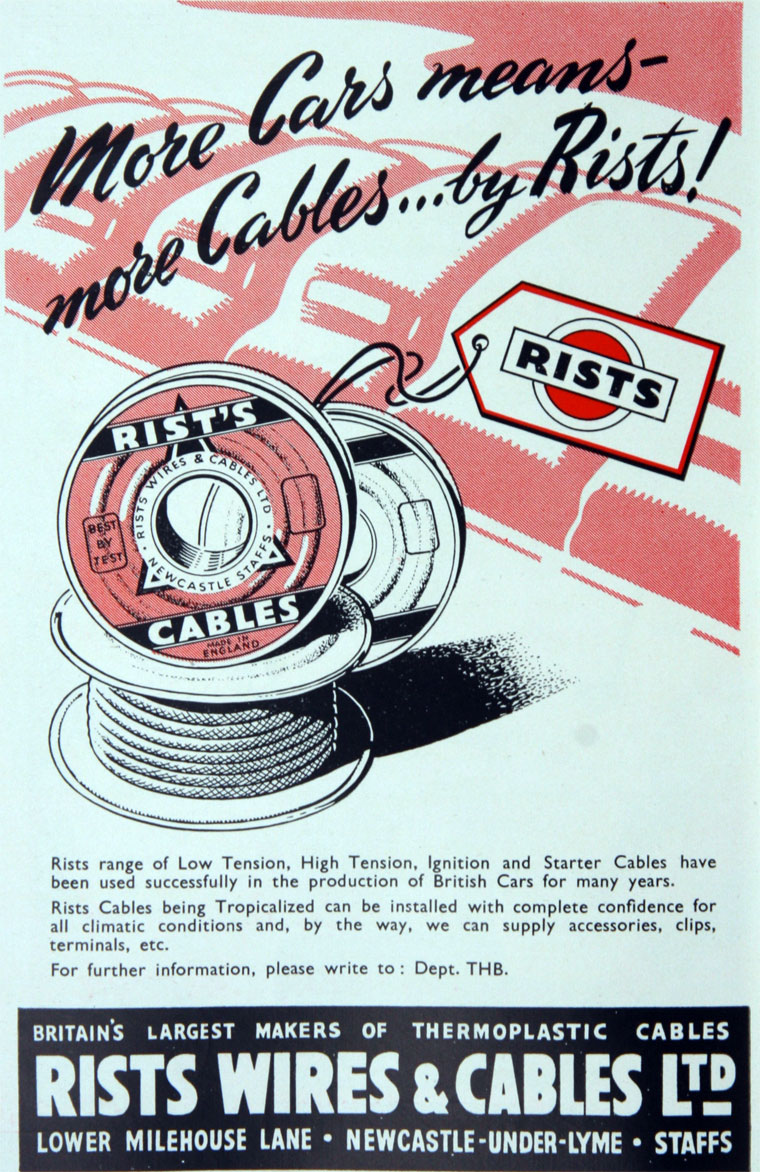 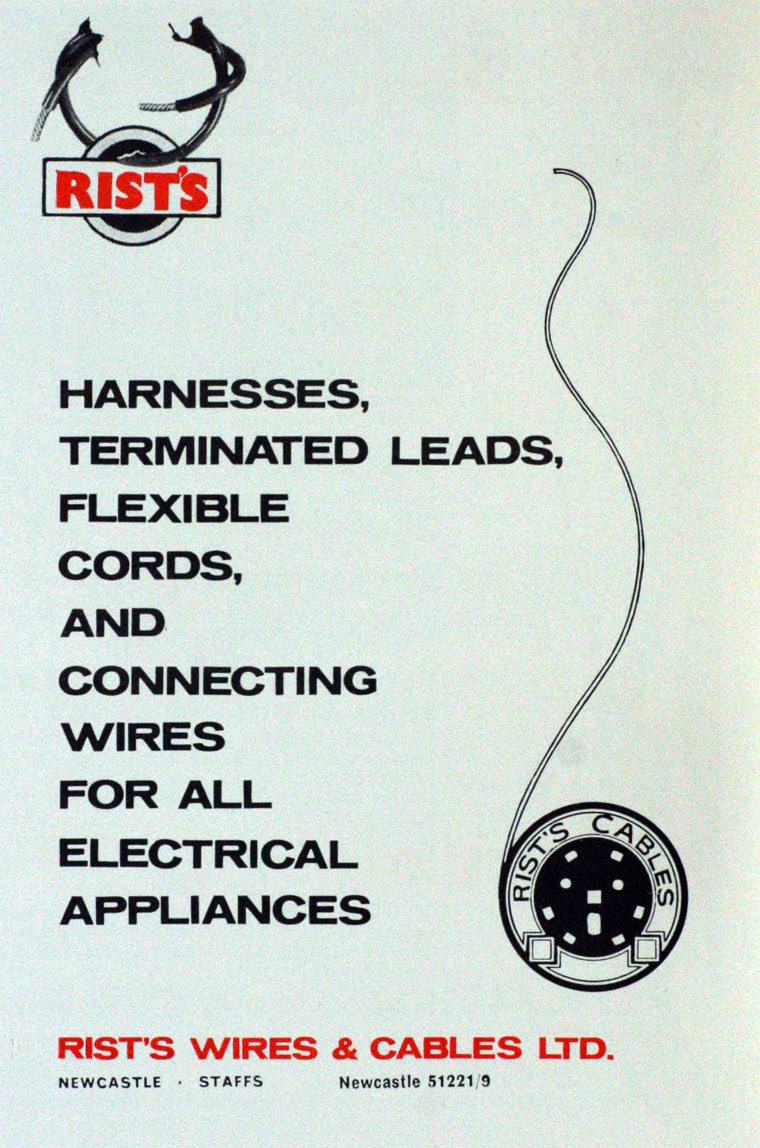 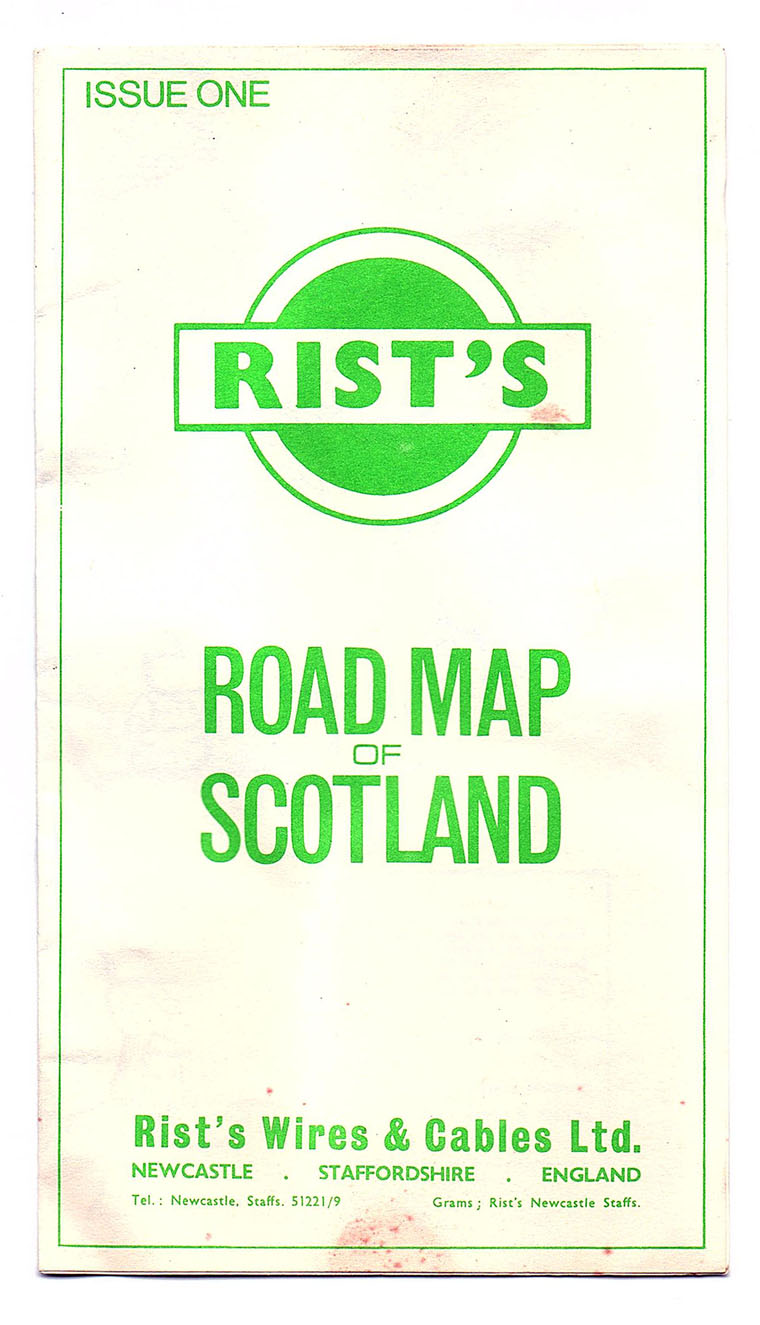 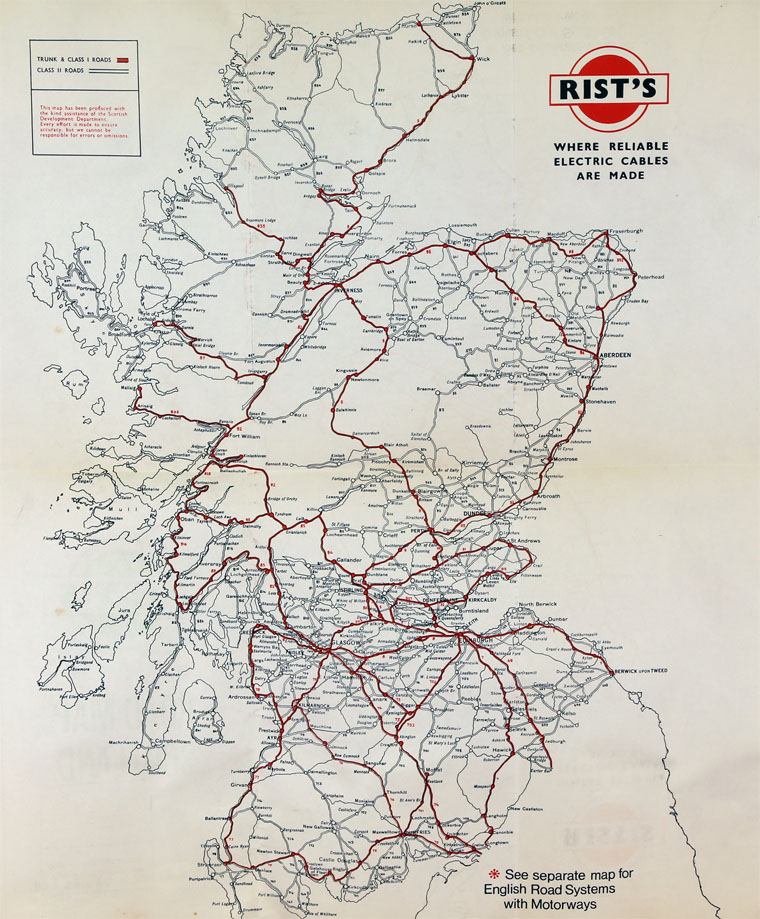 1916 David Albert Victor Rist set up business as A. Rist.

1927 A. Rist (1927) Ltd. was formed to take over the business, in which Lucas had taken an increasing financial interest. Its products included ignition coils, horns, lamps and other electrical and non-electrical equipment for motor vehicles.

By 1929, Lucas had acquired a controlling interest in the company, through nominees

1934 A. Rist (1927) Ltd, a subsidiary of Joseph Lucas Ltd, acquired Flexible Electric Cords, a small company manufacturing electric cable for motor vehicles and other uses. Lucas has said that it financed this development in order to safeguard the supply of cable for use with its electrical equipment as it wanted to have a source of supply outside the cable manufacturers' "ring" that existed at that time.

1936 A. Rist (1927) Ltd was wound up and its business in ignition coils and other motor goods was taken over by Rist's Wires & Cables. The principal product of the company became cable harness, used in conjunction with reference equipment.

1961 Manufacturers of electrical cables, flexibles and wiring assemblies for the motor, electrical and radio trades. 3,200 employees. [1]

1974 Fabrostrip, a flat strip wiring harness for car and other products, was awarded a Design Council Engineering Award.[2]