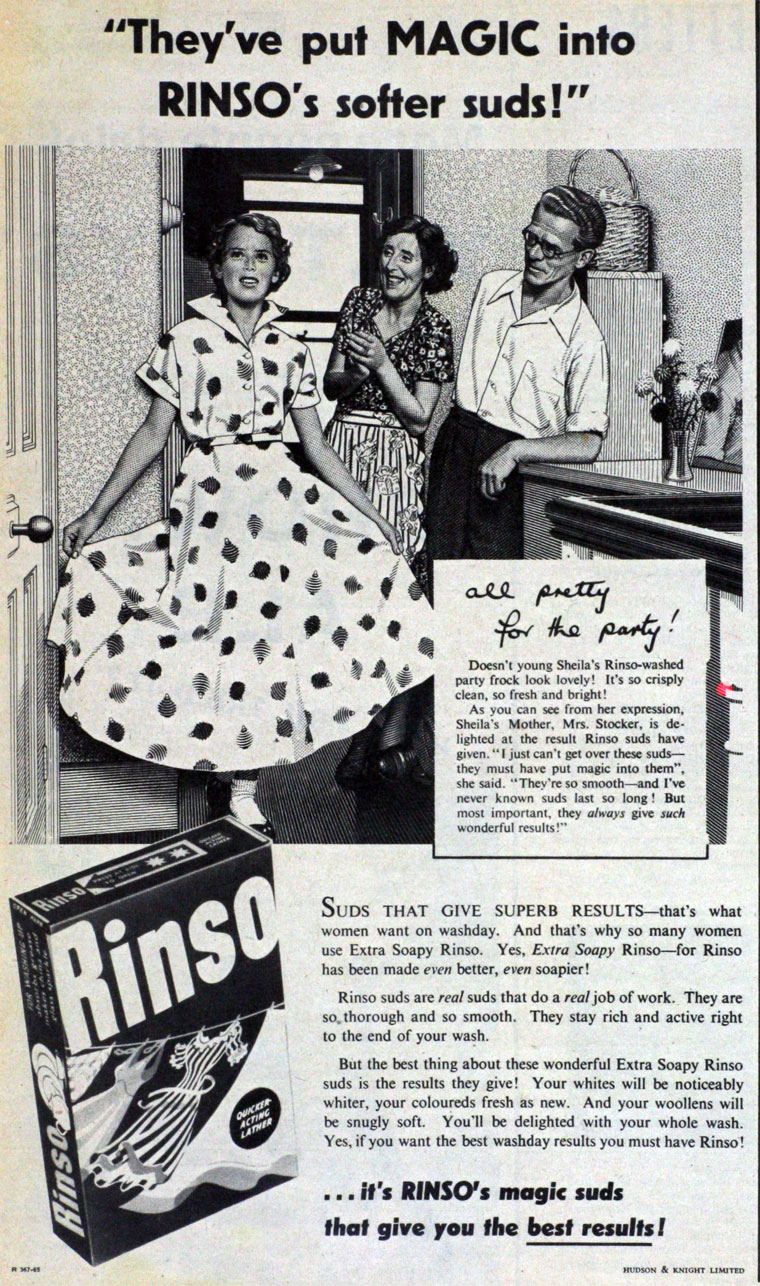 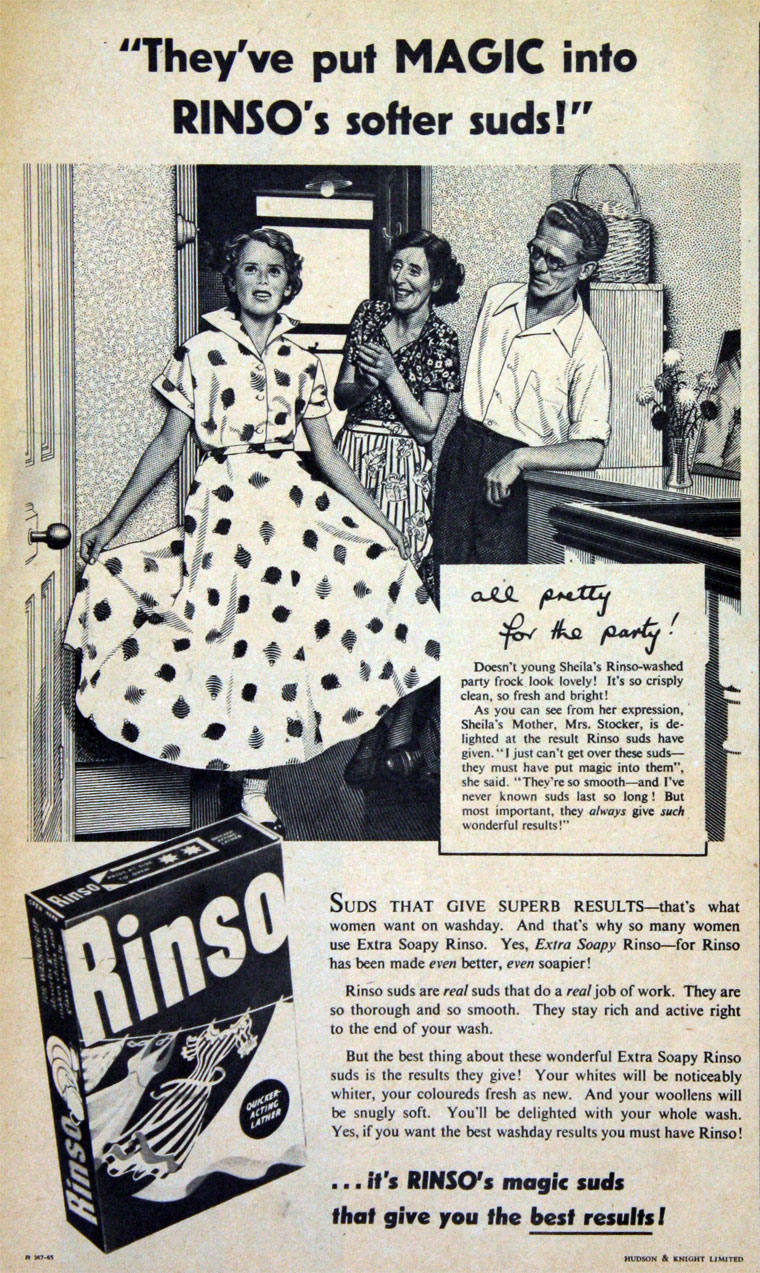 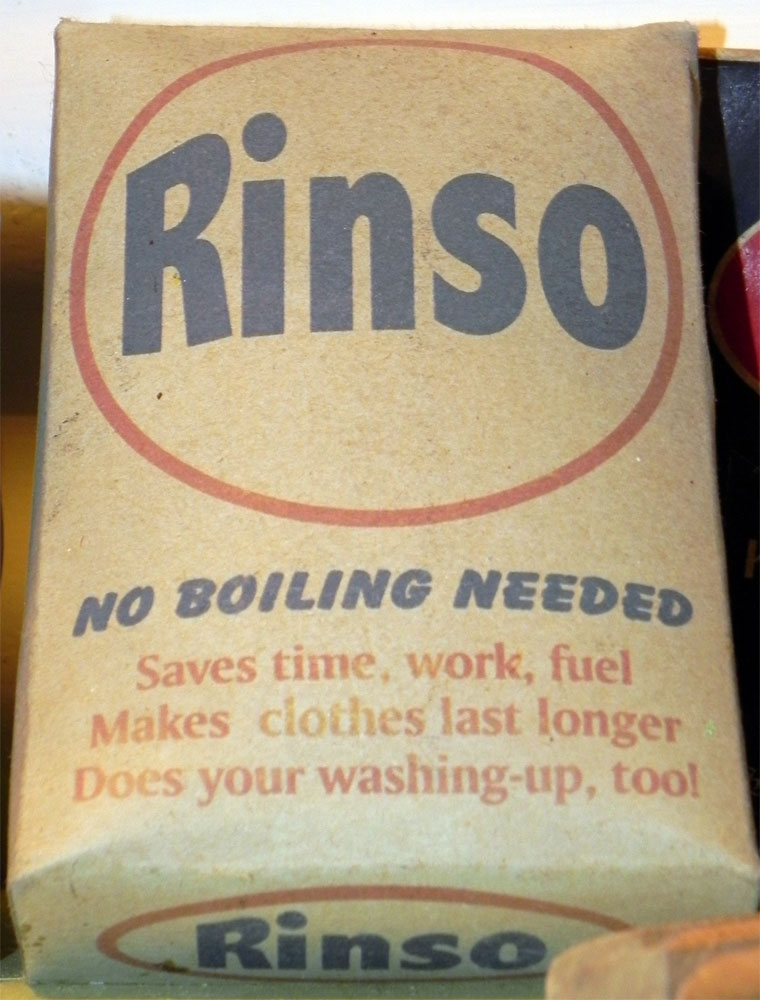 Rinso was the brand name of a laundry soap most commonly used in the United States, the United Kingdom, and Australia.