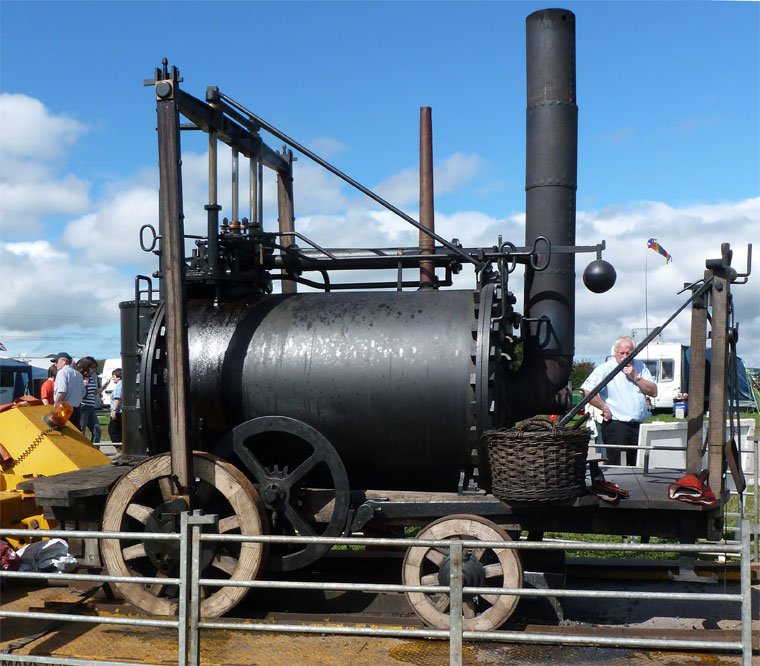 By The Richard Trevithick Society as seen at The West of England Steam Engine Society Show. 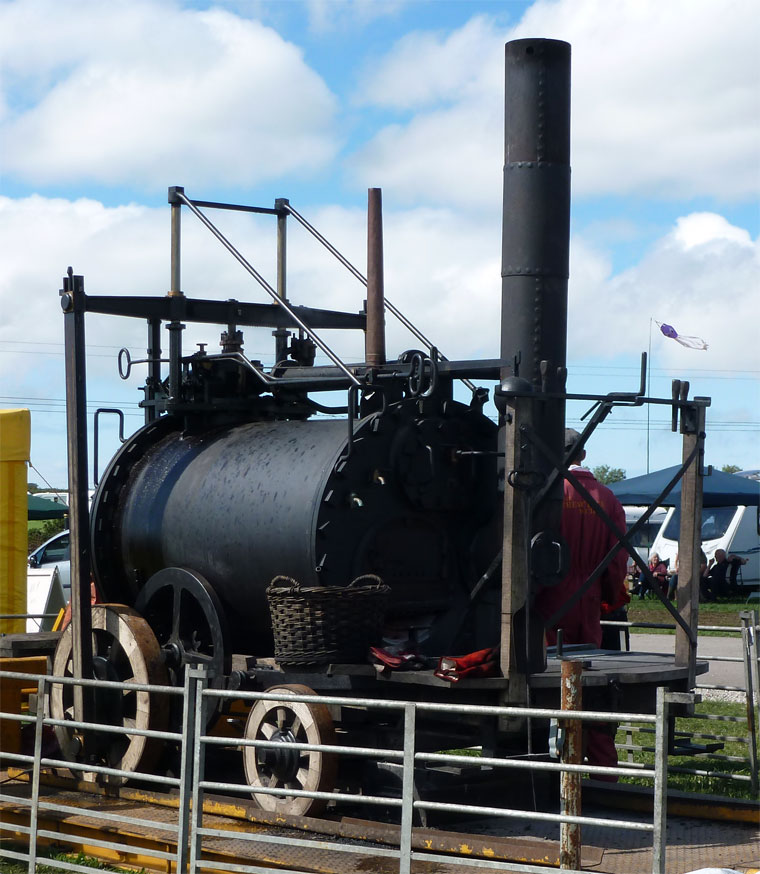 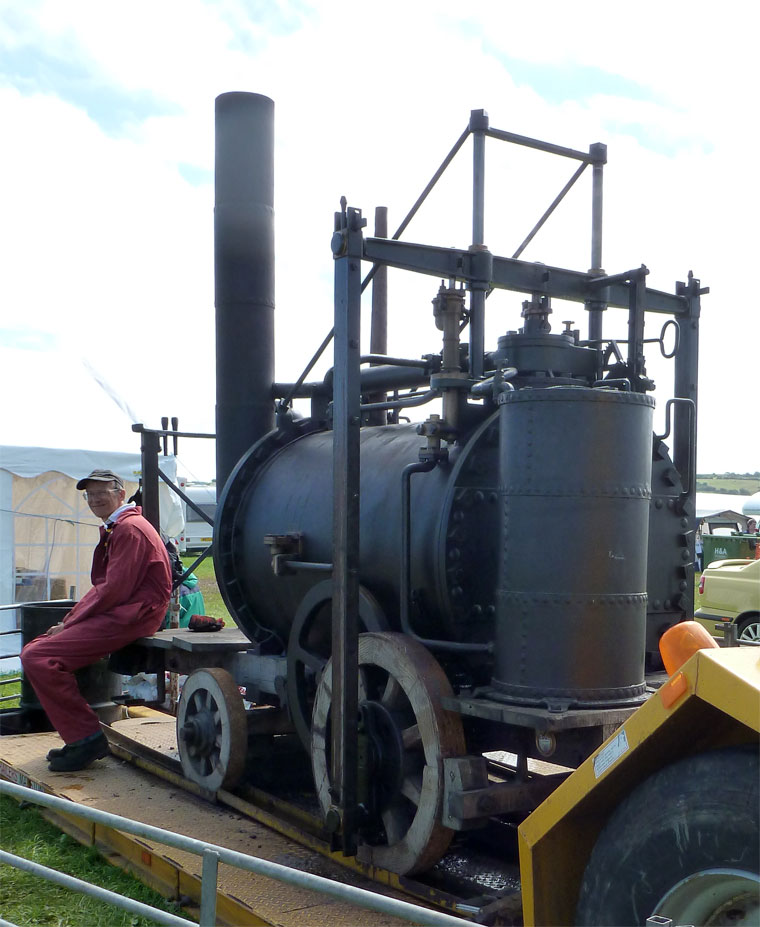 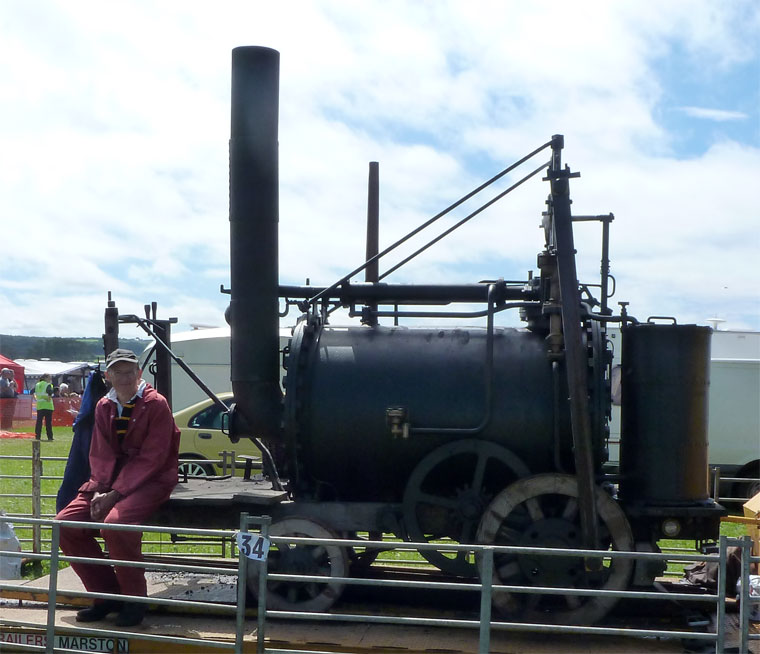 Note: This is a sub-section of Richard Trevithick.

1801 Trevithick built a full-size steam road carriage on a site near the present day Fore Street at Camborne, which was also known as Camborne Hill. He named the carriage 'Puffing Devil'. The engine was erected by John Tyack at Camborne.

1801 December 24th. On Christmas Eve that year, he demonstrated it by successfully carrying several men up Camborne Hill and then continuing on to the nearby village of Beacon with his cousin and associate, Andrew Vivian, steering. This event is believed by many to be the first demonstration of transportation by (steam) auto-motive power.

1801 December 28th. During further tests, Trevithick's carriage broke down 3 days later after passing over a gully in the road. The carriage was left under some shelter with the fire still burning whilst the operators retired to a nearby public house for a meal of roast goose and drinks. Meanwhile the water boiled off, the engine overheated and the whole carriage burnt out, completely destroying it. Trevithick however did not consider this episode a serious setback but more a case of operator error.