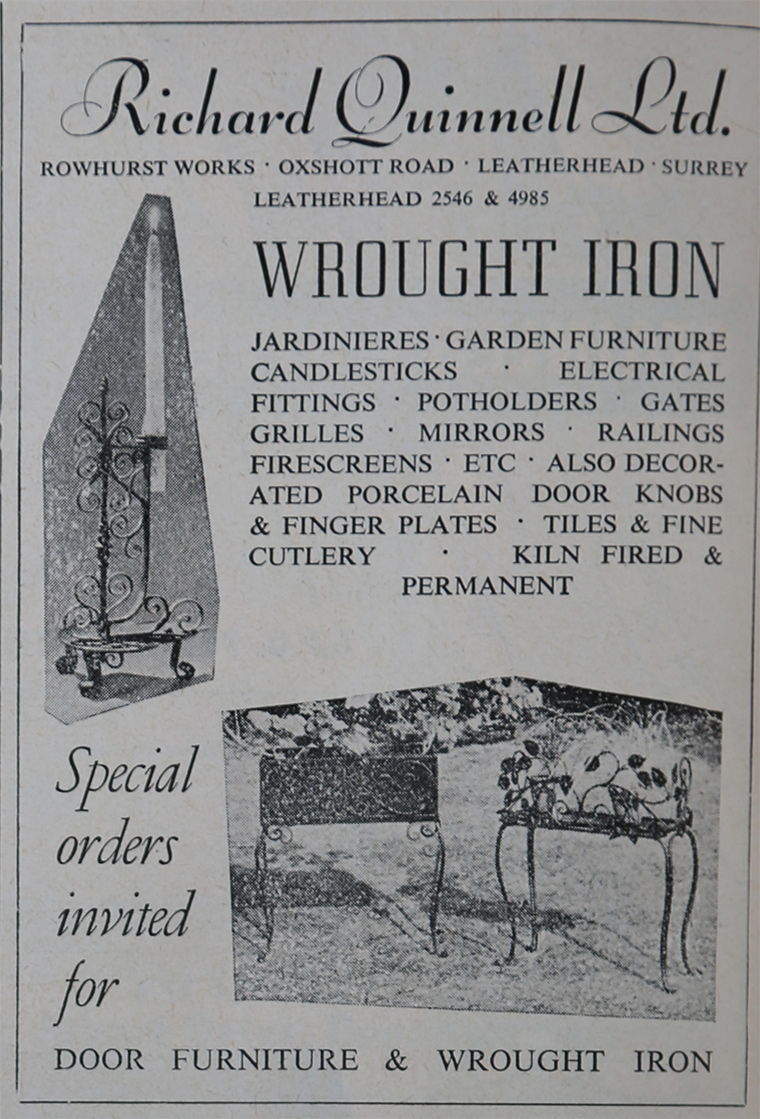 Richard Hector Quinnell, trained as a mechanical engineer and had a business selling light fittings and electrical components.

1930s He started blacksmithing in Leatherhead, in order to provide his retail business with scrolled light fittings. He made a rose one weekend and decided he could enhance his business with decorative ironwork.

1953 Richard Hector Quinnell died and his widow then ran the business.

1963 His son, Richard Quinnell, graduated in science, but his mother was facing a financial crisis and he therefore had little choice other than to join the business.

At the same time he discovered, through the Artist-Blacksmiths' Association of North America, that blacksmithing was not the dying craft he thought it was, and so his enthusiasm was rekindled. With his wife, Jinny, he founded the British Artist Blacksmiths Association.

Some notable commissions have included the Globe theatre gates, the Edward and Eleanor sundial in Guildford and the corona on top of Greenwich Royal Observatory.