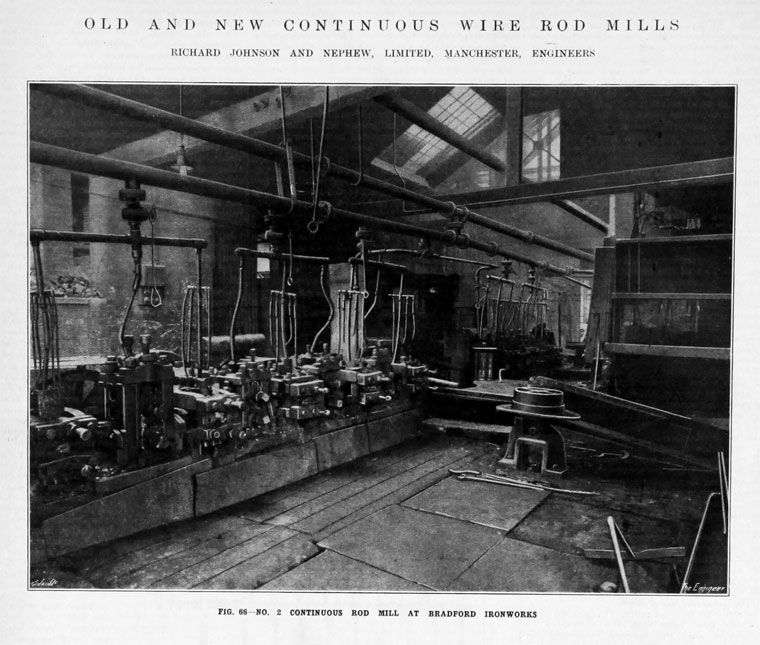 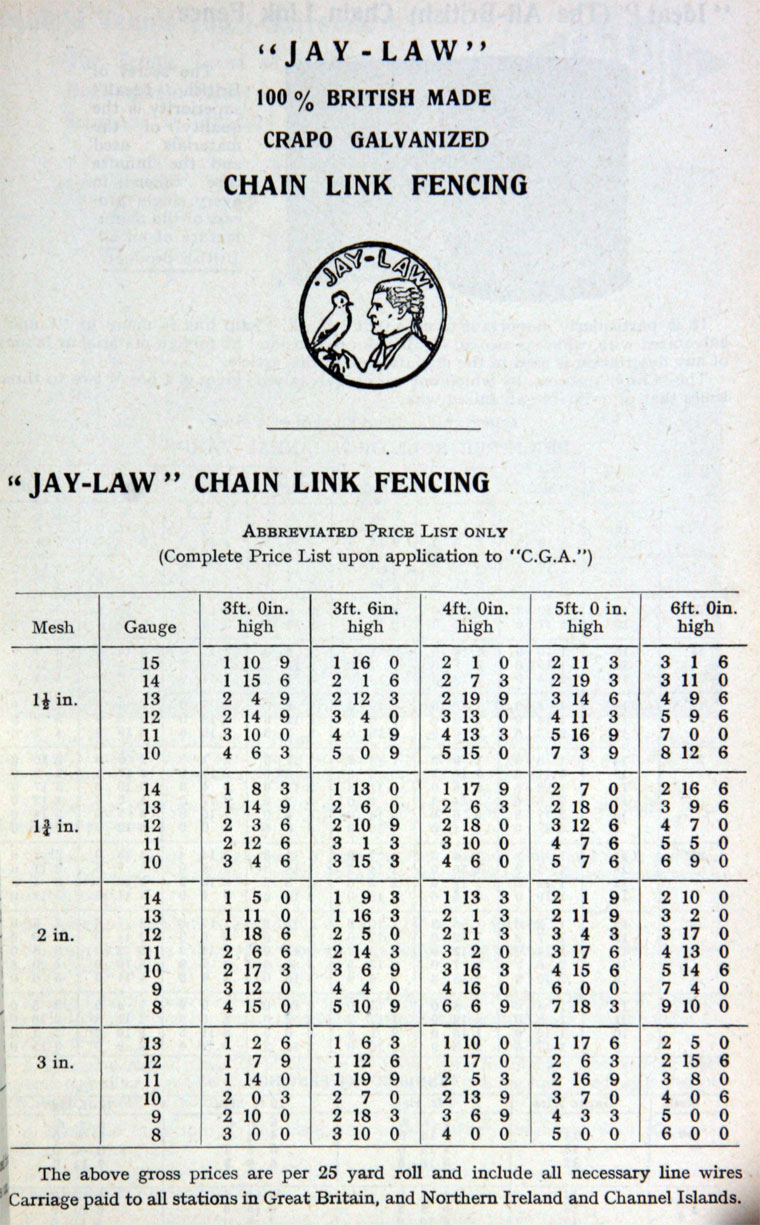 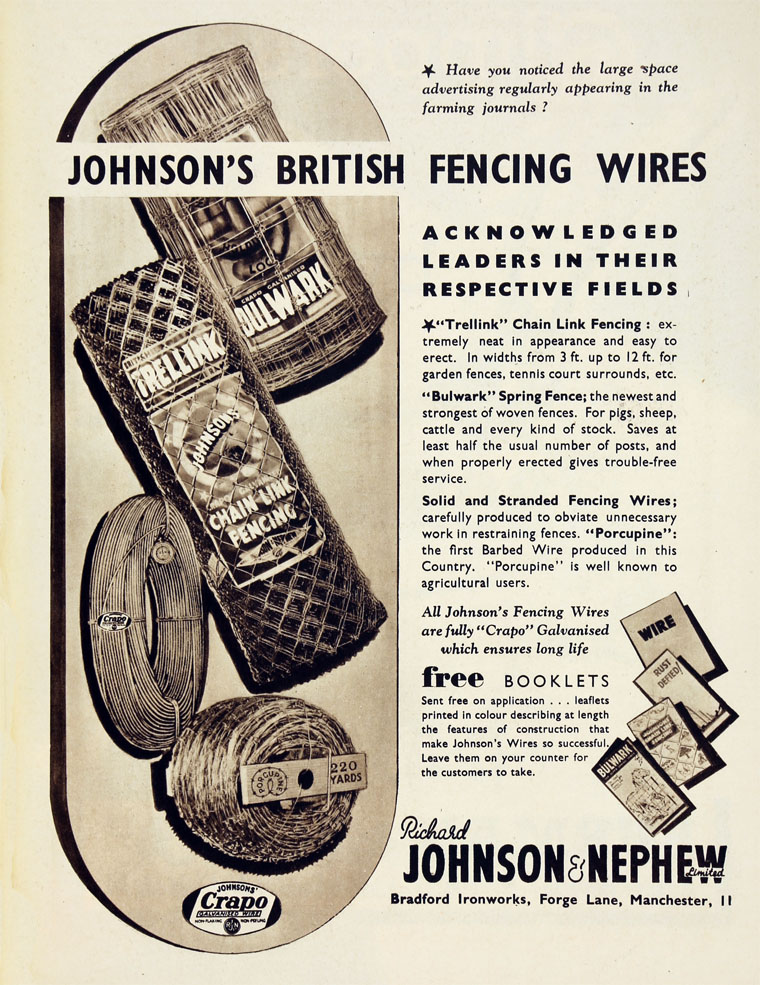 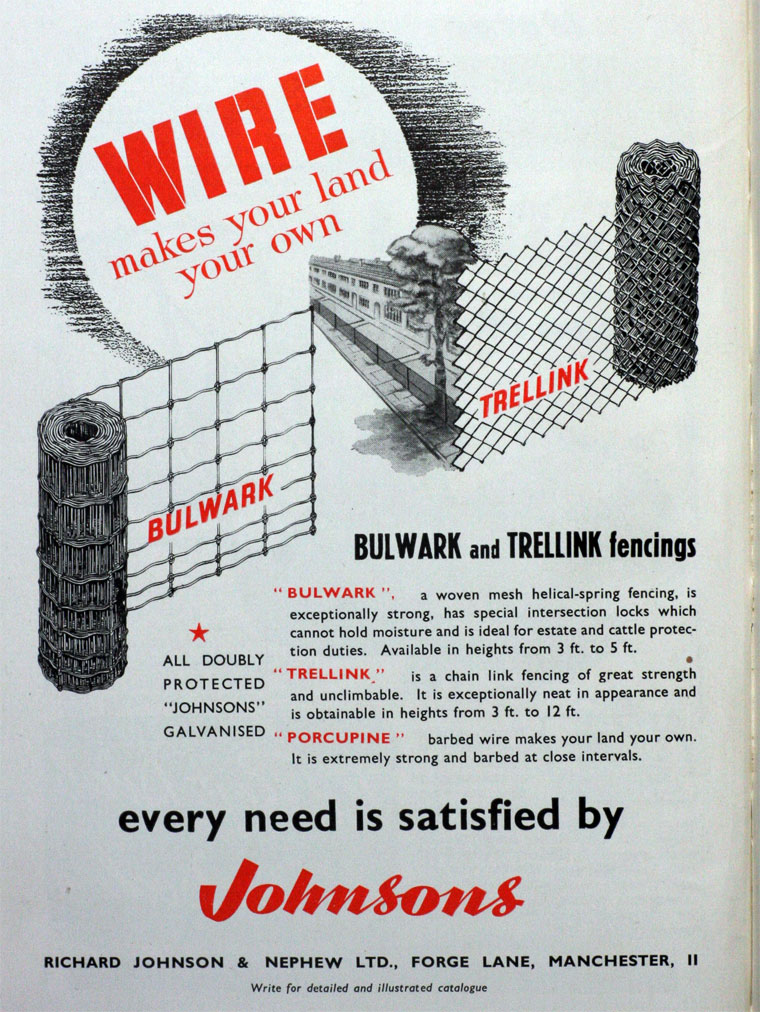 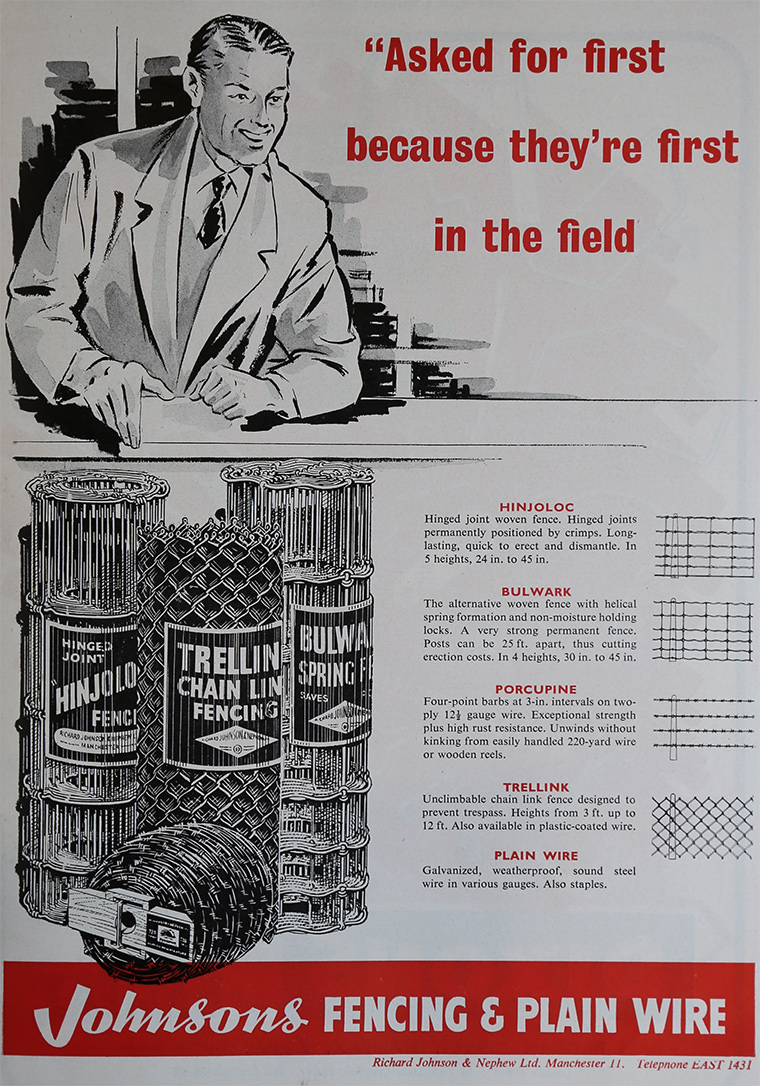 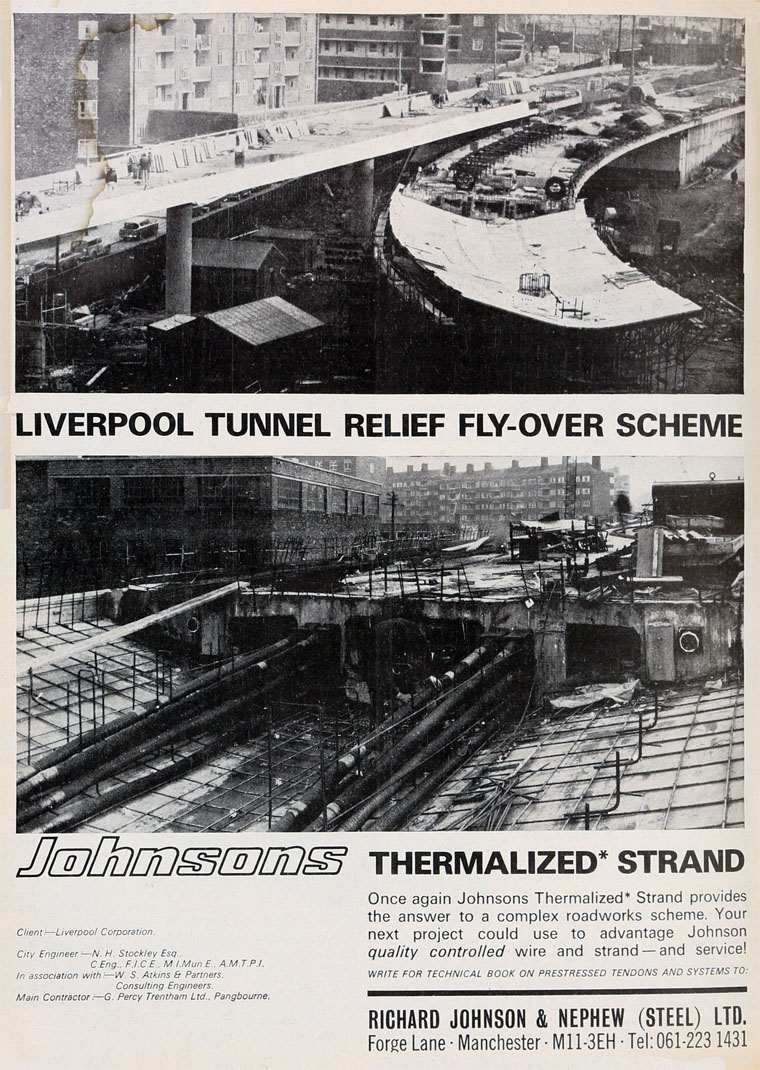 1773 Company established by James Howard (of Manchester) as a pin maker and wire drawer in Manchester,.

1804 Howard established a wire works on Long Millgate, which was later bought by John Johnson.

1818 Johnson moved the works to the corner of Hanging Ditch and Withy Grove.

1828 Moved to Edge Street, Shudehill. The business expanded to additional premises in Dale Street, and in Lees Street, Ancoats.

Following a fire in 1837 at the offices and warehouse at 10 Dale Street, the business moved to larger premises at Nos. 25 & 27 Dale Street. The 1849 O.S. map[2] shows 'Dale Street Wire Mill' occupying one half of a block bounded by Dale Street, Lever Street, Bennet Street, and Little Lever Street. The factory was approx 70ft square. At some point they established a larger factory at Lees Street, Ancoats, where the firm remained for 25 years [3]. The property was previously occupied by textile machine makers Sharrocks and Birch, who were still the occupants in 1839, so the date of its conversion to a wire works is not precisely known. The 1849 O.S. map shows two adjacent buildings marked 'Wire Mill' in a block bounded by Lees Street, Great Ancoats Street, Lomax Street and Bank Street. The block was shared with houses large and small, Lees Street Chapel, and the White House pub. The pub provided a link with the past, until demolition in 2005[4]

1838 John Johnson handed the business to his sons, Richard and William; the name was changed to Richard Johnson and Brother.

1848 the firm had 80 employees; products included finished goods including "every description of wove wire and wire work" as well as wire.

1851 Richard Johnson and Brother supplied the galvanised armouring wires for the cross-Channel telegraph cable that was used by the Submarine Telegraph Co in its second attempt to link England and France. This was the start of long-standing involvement in cable making.

1854 Supplied large quantities of wire for the Niagara Suspension Bridge, which opened for service on March 18, 1855. This was to develop into another major line or work for the company.

1857 'Boiler Explosion at the Bradford Iron Works, near Manchester.—
Yesterday morning a serious boiler explosion occurred at Messrs. Johnson and Co's. ironworks at Bradford, near Manchester. The boiler was one of tbe largest in the works, being 22 feet in length and 5 feet in diameter, with a flue 2 feet 9 inches in diameter. It was mainly used as an assistant boiler of the others, numbering 15, that are in these extensive works, and at the time of the accident the engineer, Joseph Cash, was firing up, and was blown some 20 yards down the shed. The poor fellow is very seriously injured, his legs, body, and face being dreadfully scalded and burnt. David Gregson, who was at the time near to Cash, is also very seriously injured, having got a wound in the head and much scalded and burned. A boy named Hayes has also received injuries; his head, face, body, and legs were very much scalded and burned. Richard Fellowes is also scalded and burned, but not so seriously as Cash, Gregson, and Hayes. These four were at once conveyed to the Royal Infirmary, where the three last-named lie in a very precarious state. Other persons were injured by the explosion, but not seriously. Cash is said to have since died.'[5]

By 1864 John Thewlis] had begun to work for one of the company's major customers W. T. Henley, although continuing to spend time at Manchester. he became a director in 1865 when the company name was changed to Richard Johnson and Nephew.

Johnson’s became the acknowledged experts on the galvanising of cable armouring wires, having performed experiments involving submerging galvanised steel plates in the Irish Channel, amongst others.

1904 W. T. Henley invited Johnson’s to produce all their copper wire, which provided a new line of business; copper wire, strip and commutator bars were supplied to various customers.

1923 Visit of the Institution of Electrical Engineers 1923 Review -"Both from a general engineering and electrical point of view the works of Richard Johnson and Nephew, Limited, are of great interest. A new mill has been erected for dealing with large outputs of wire rods of various sizes, but mainly for rods of Nos. 5 and 6 gauge, and occupies a shop, approximately 560 ft. long by 195 ft. broad, equipped with the most modern plant for handling large quantities of material. A furnace of the continuous type and designed to heat 20 tons of billets 2 in. square and 28 ft. long per hour is placed immediately in front of the roughing train of the mill. This furnace is supplied from producers of the revolving grate type, which are built below the mill ground level, so as to facilitate coal handling and the run of the gas piping. The coal supply arrives by a canal running alongside the wall of the new shop..." Read More.

1972 Announced plans to establish a steel "mini-mill" to make billets at Forge Lane, Manchester; the billets would be used in the group's wire mills. This was the 4th mini-mill announced in the UK within the past year[8]

1973 Merger with Thomas Firth and John Brown Ltd, to be known as Johnson and Firth Brown Ltd.