Grace's Guide is the leading source of historical information on industry and manufacturing in Britain. This web publication contains 144,950 pages of information and 230,620 images on early companies, their products and the people who designed and built them. 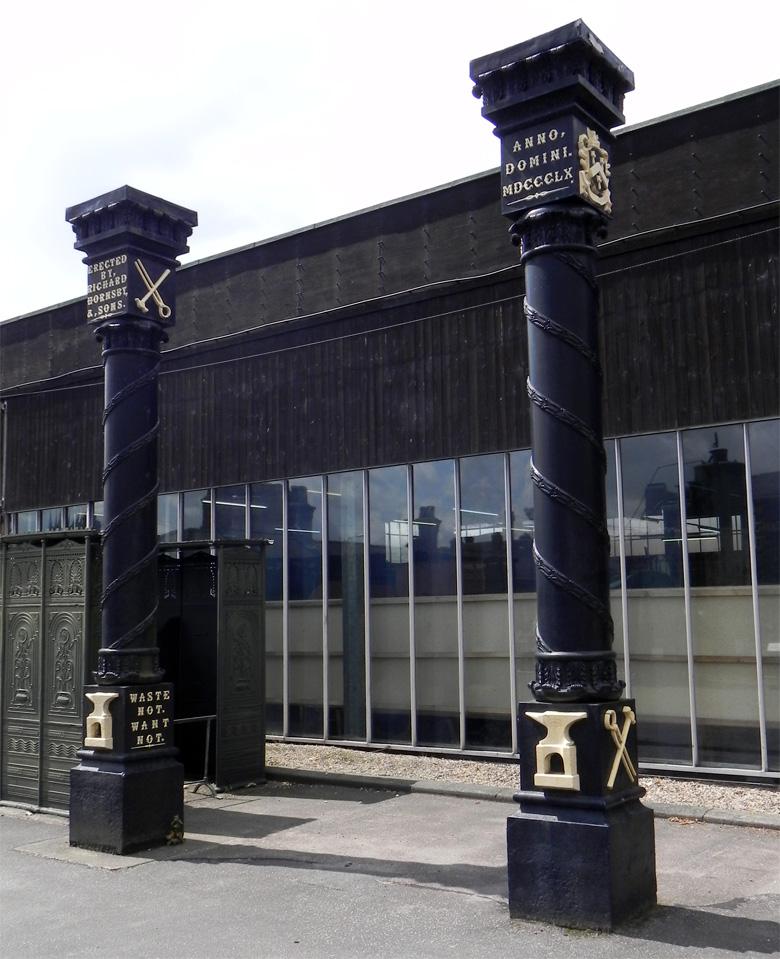 1860. Iron piers. Exhibit at the Museum of Lincolnshire Life. 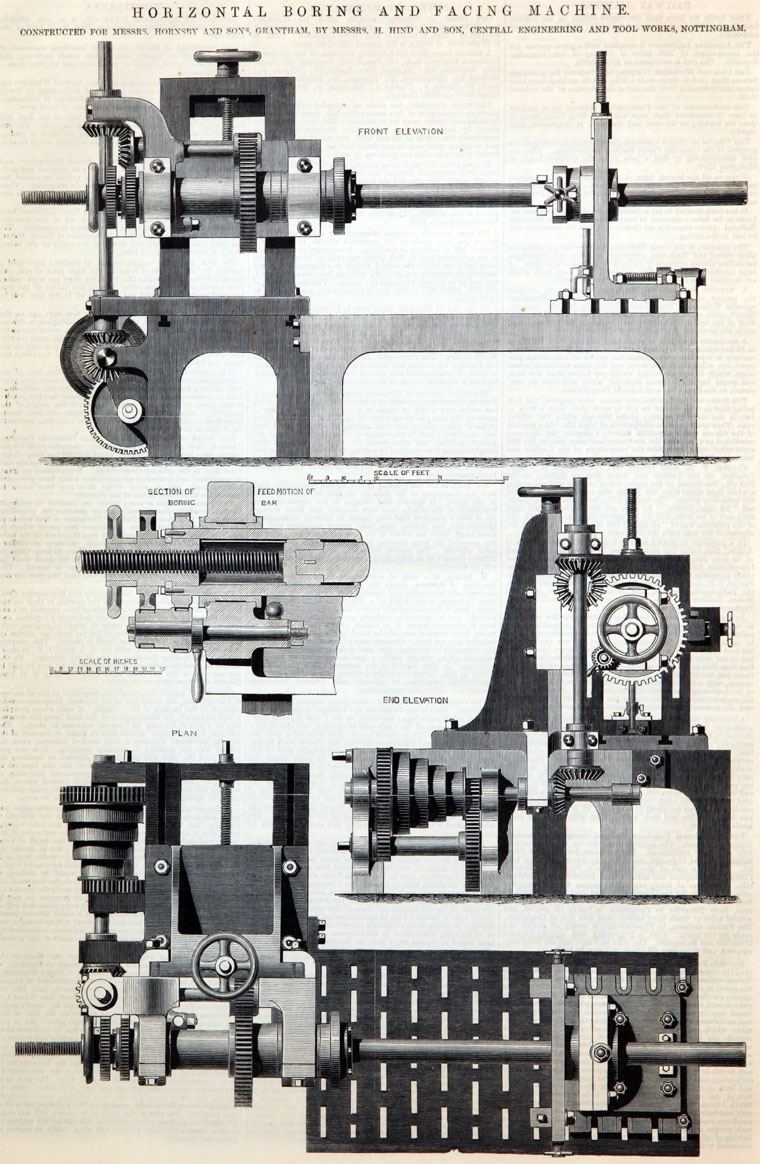 Horizontal boring machine made for Hornsby by Hind and Son, 1872. 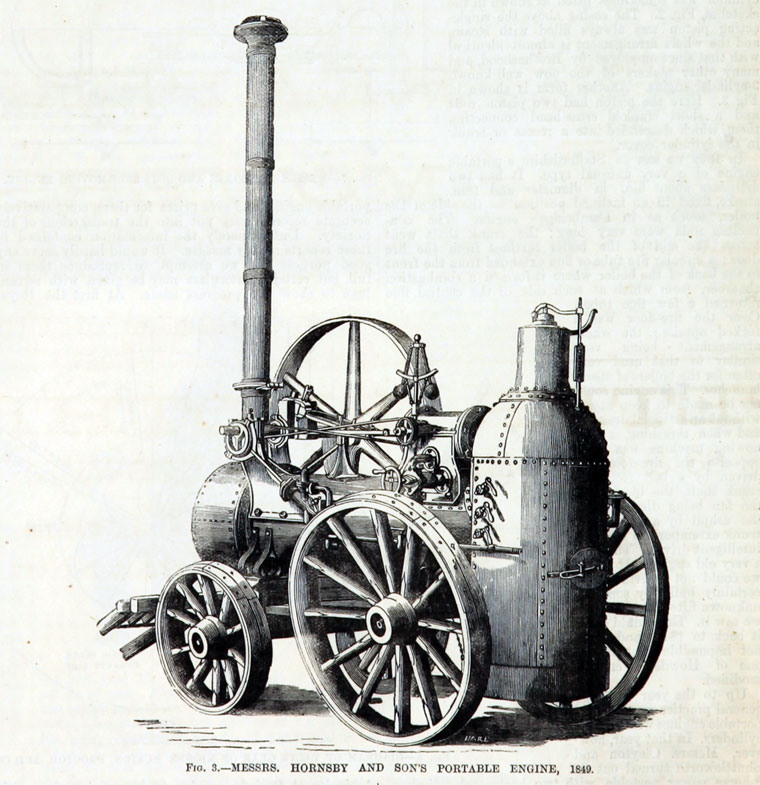 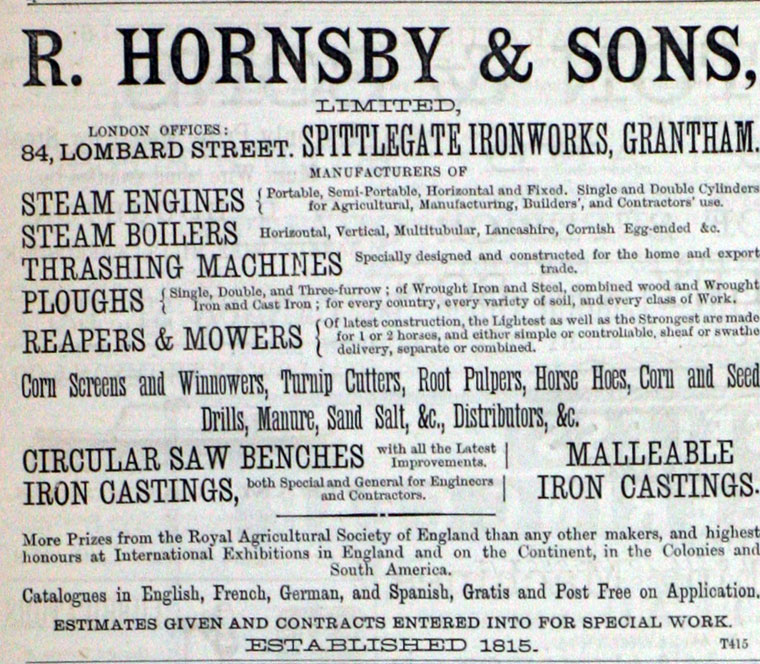 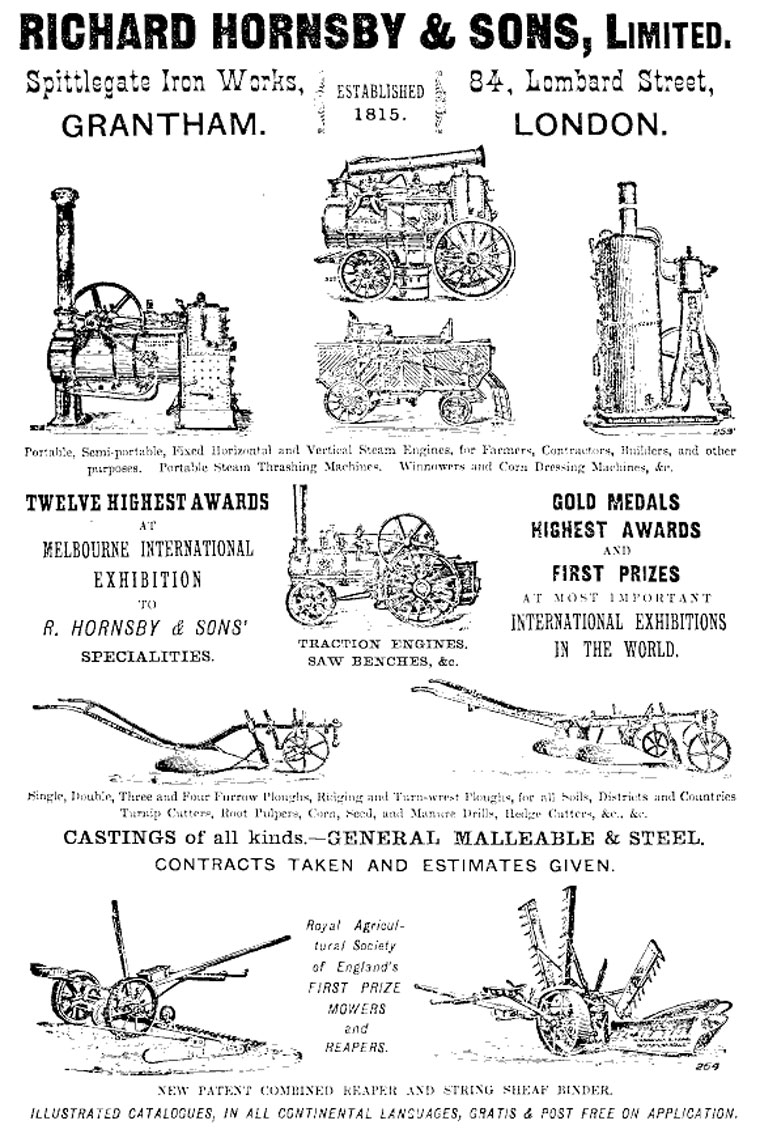 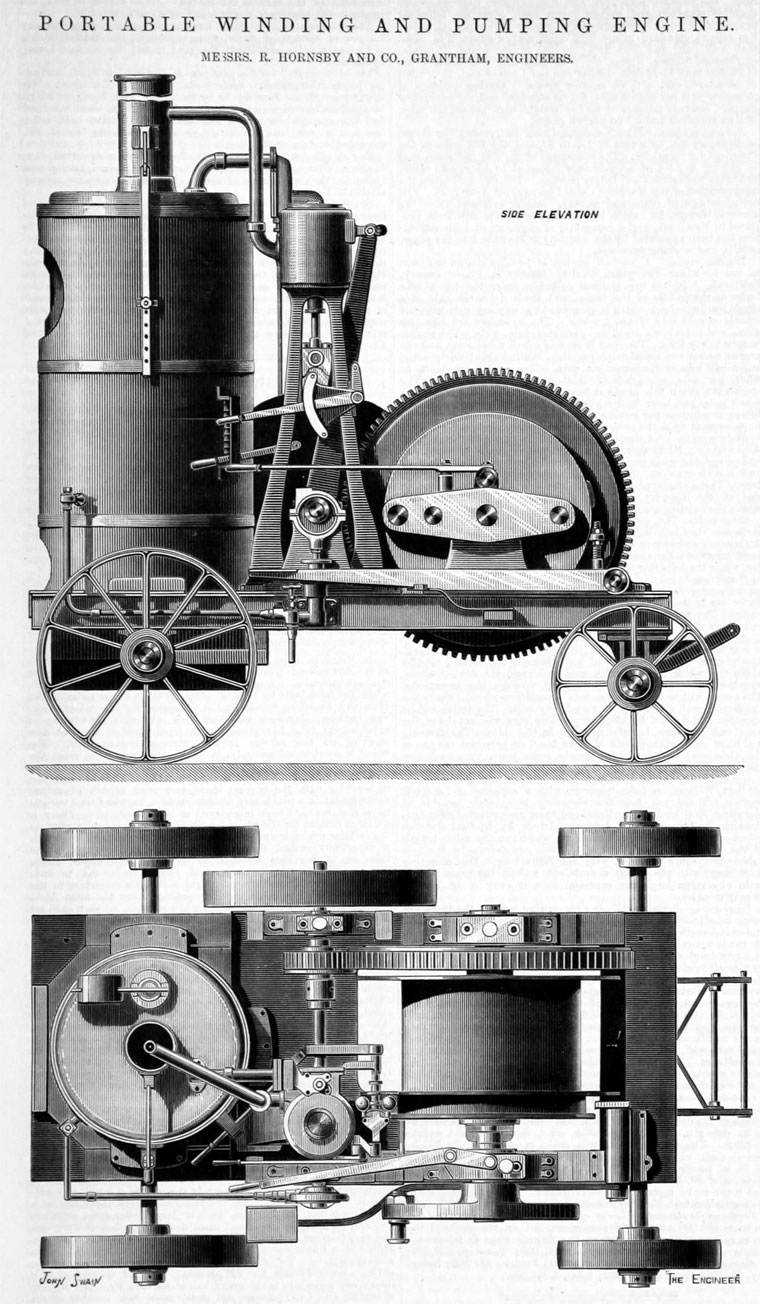 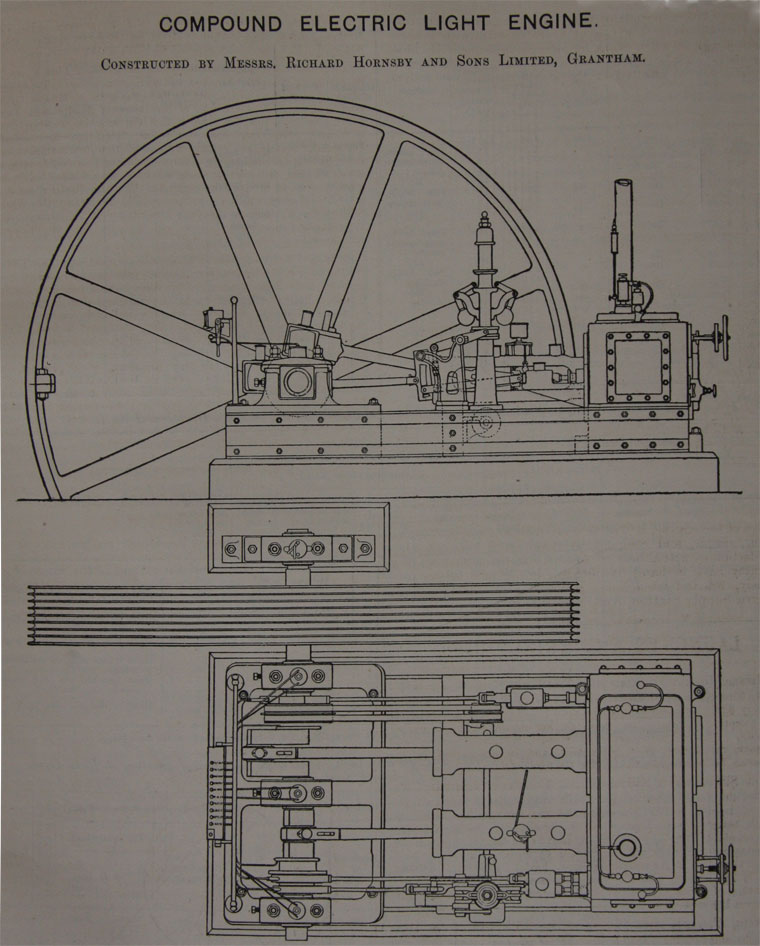 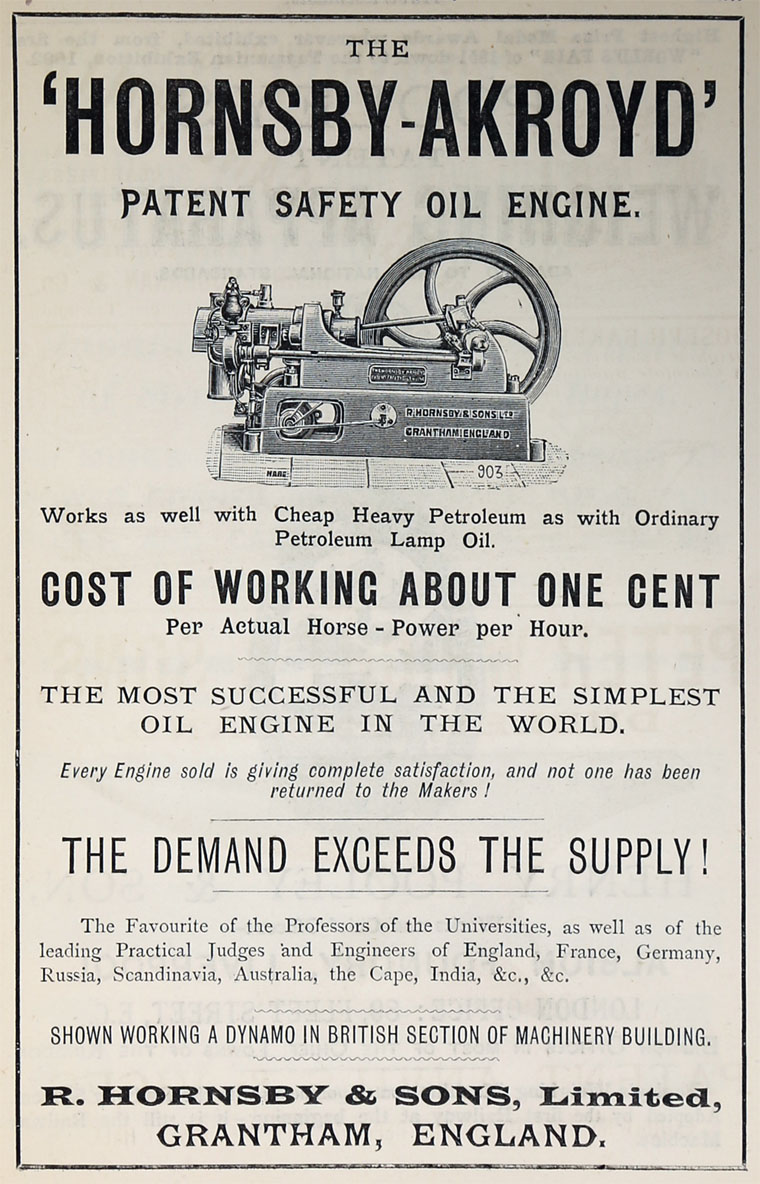 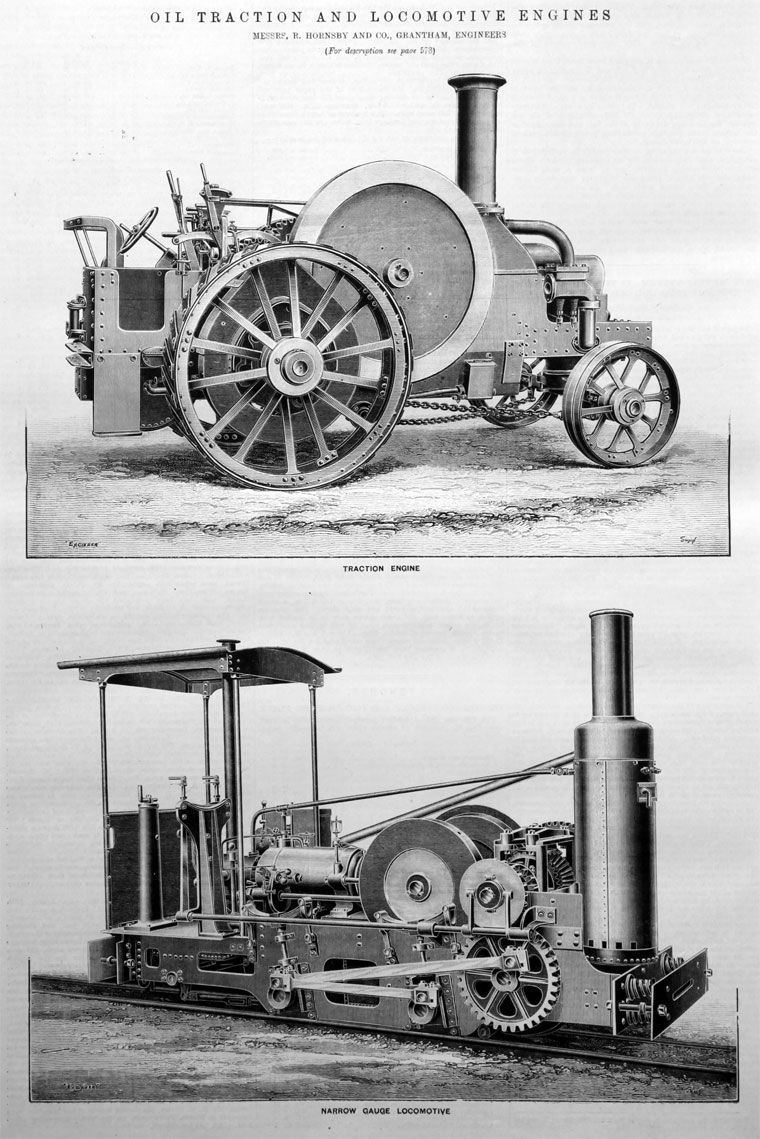 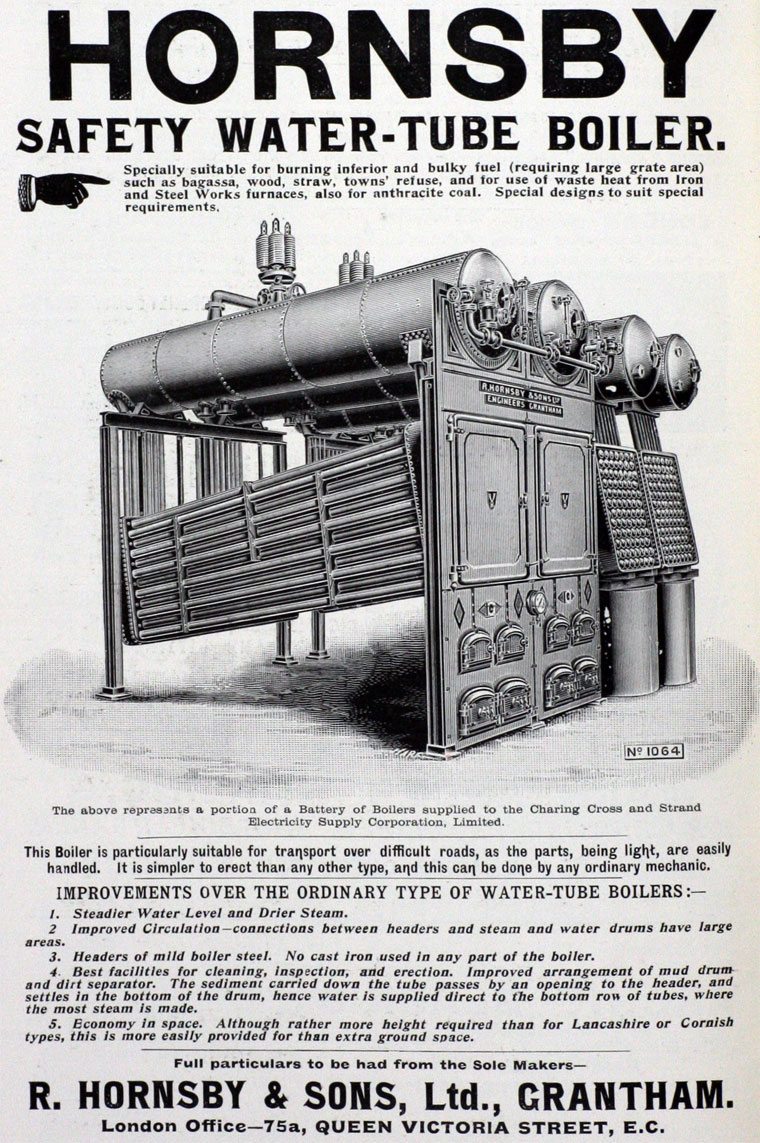 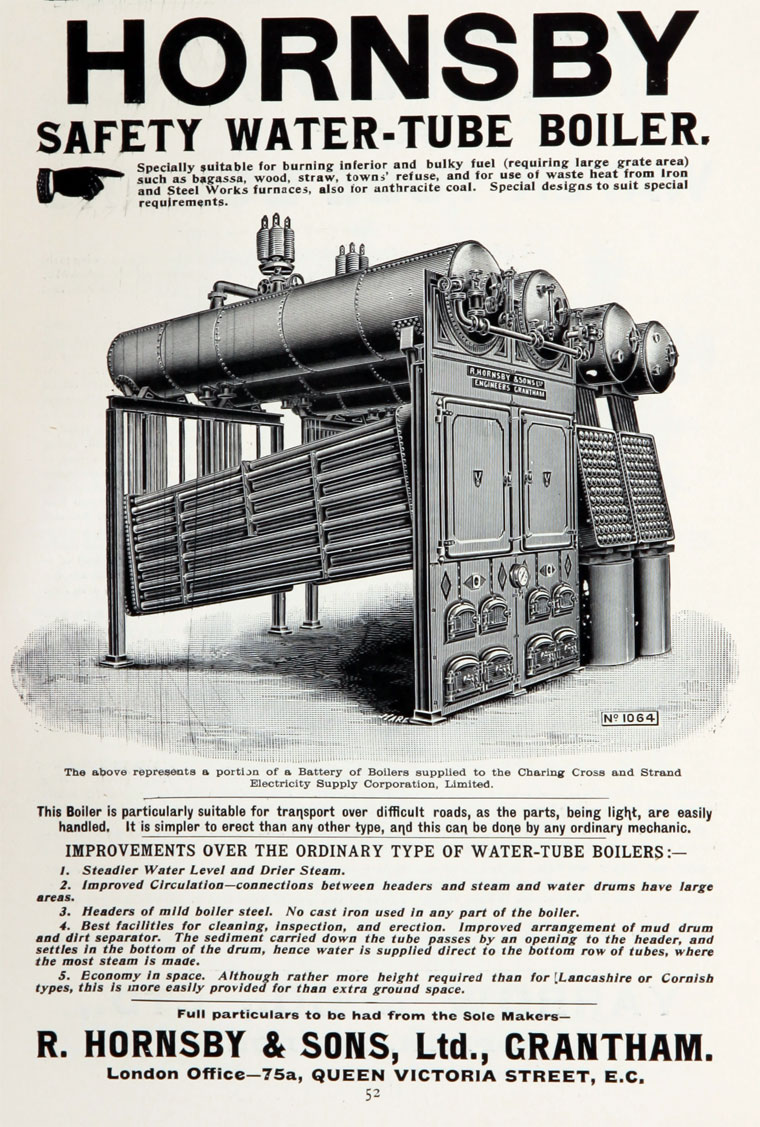 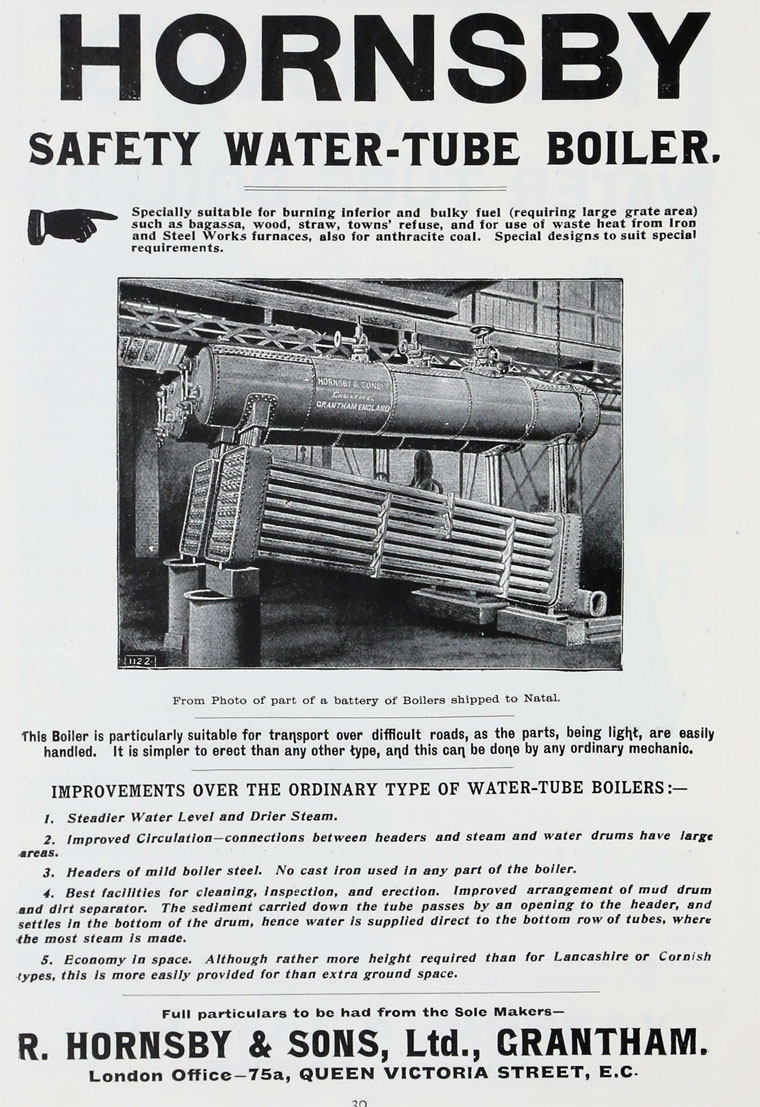 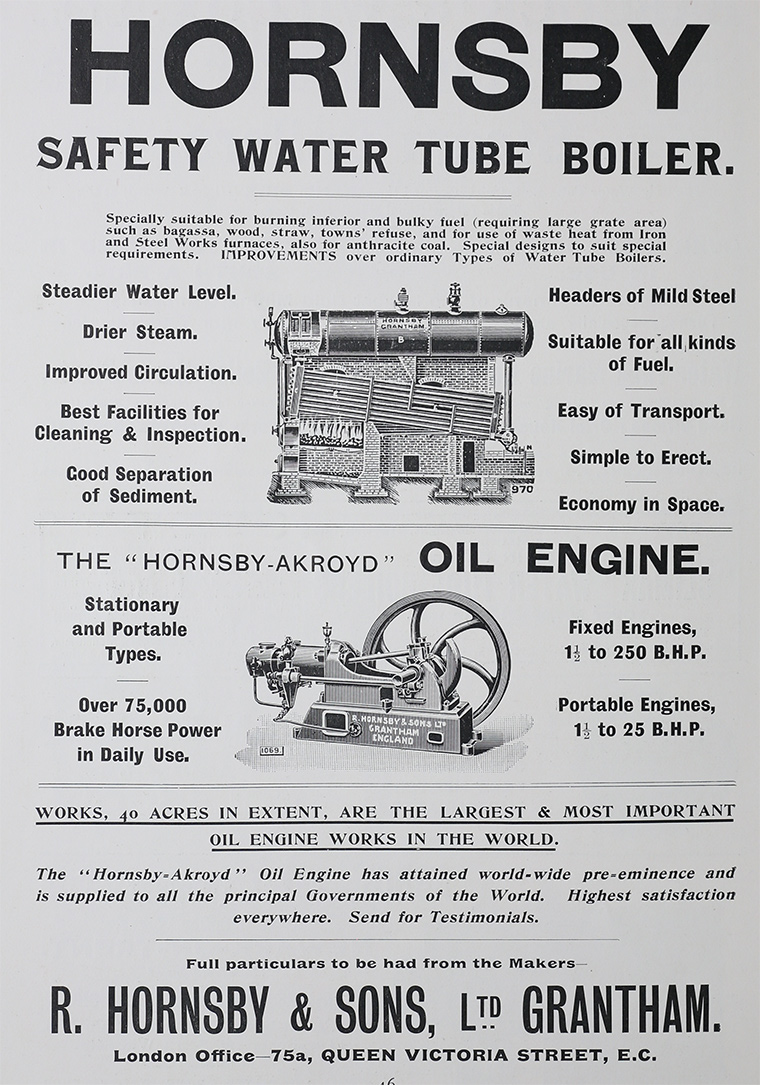 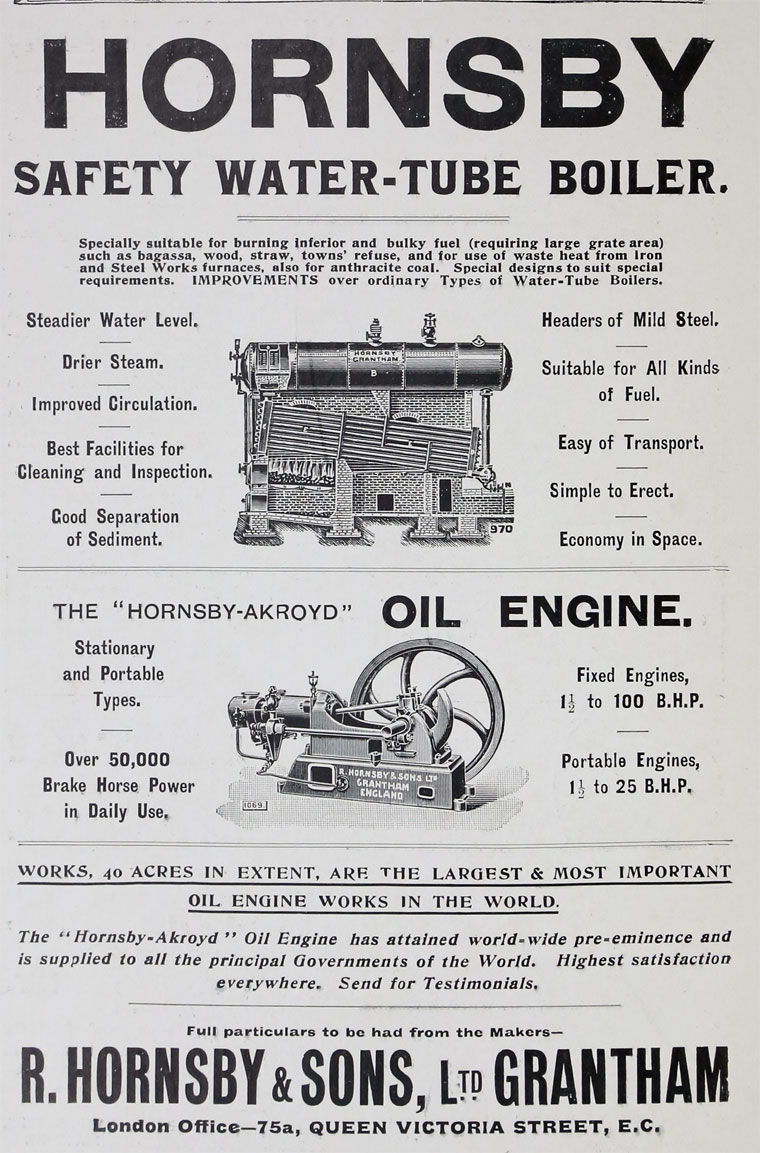 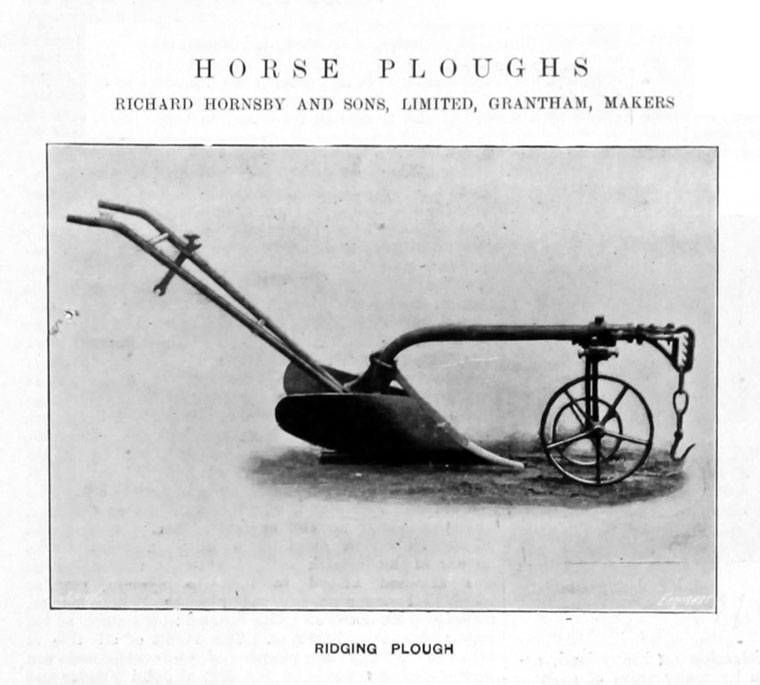 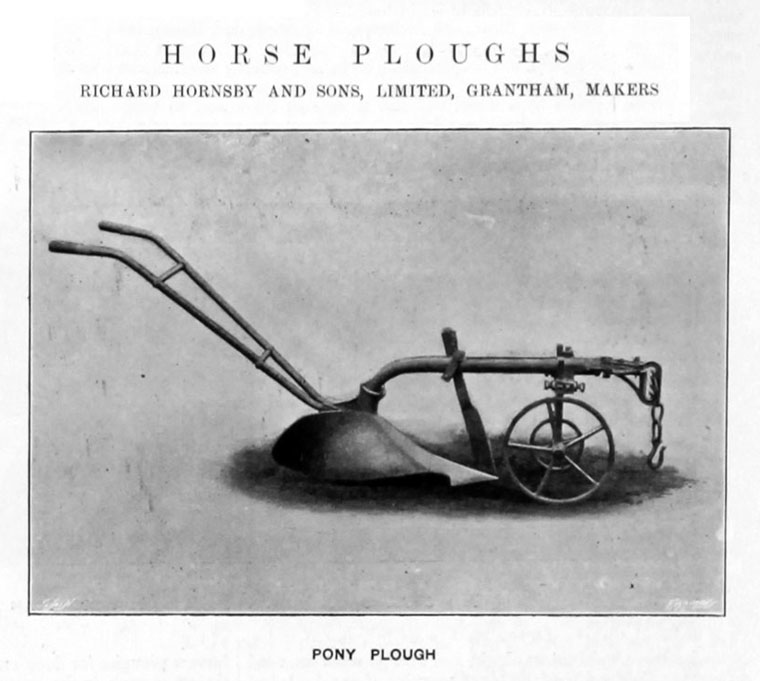 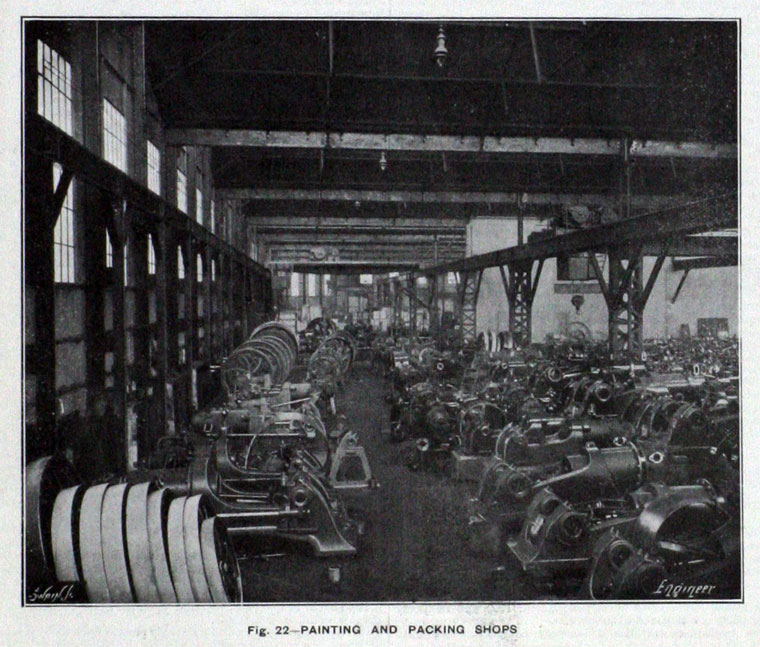 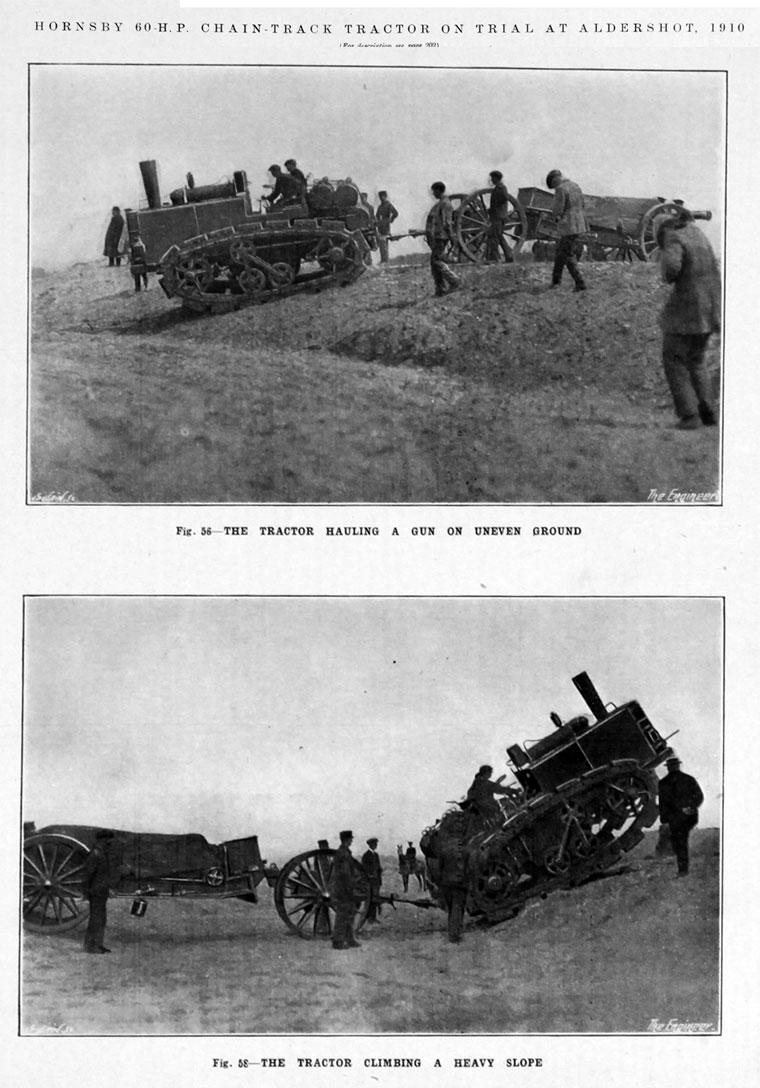 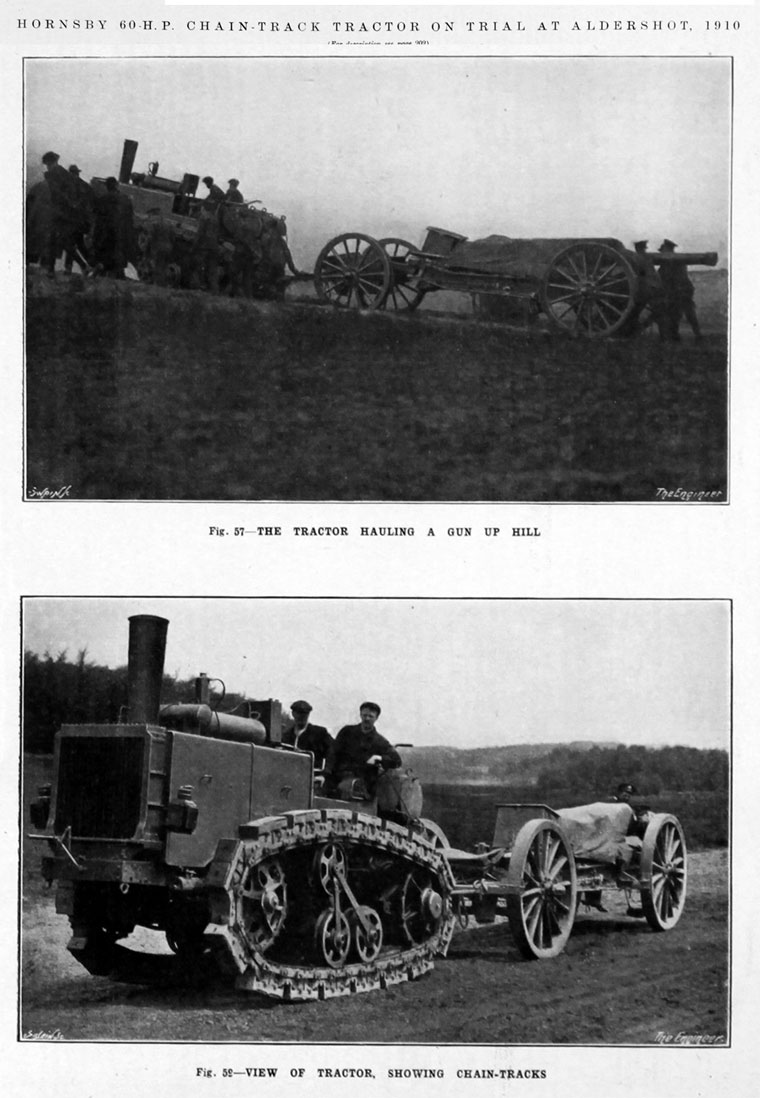 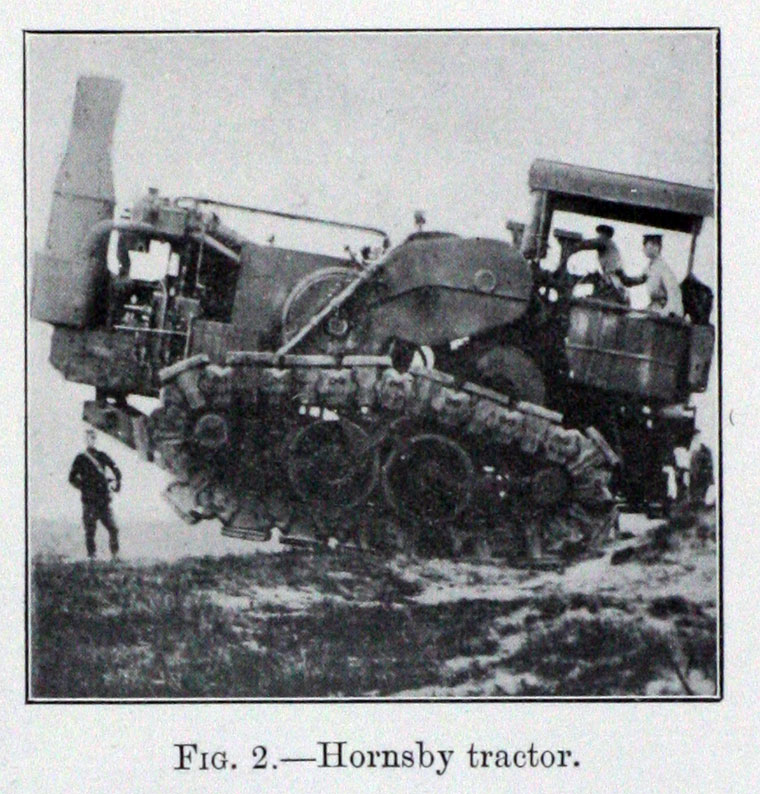 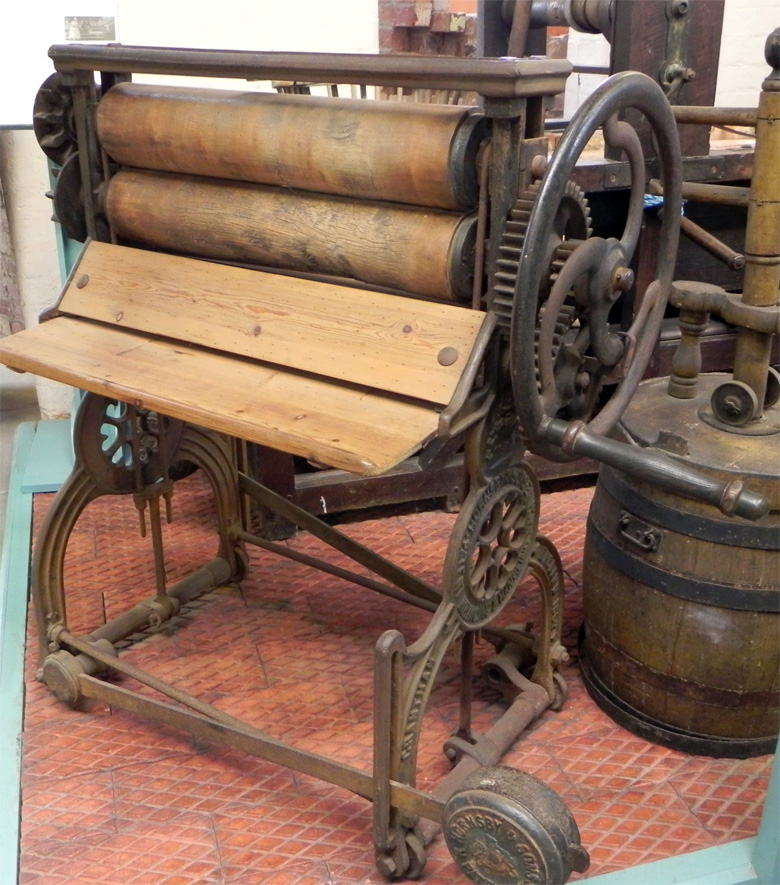 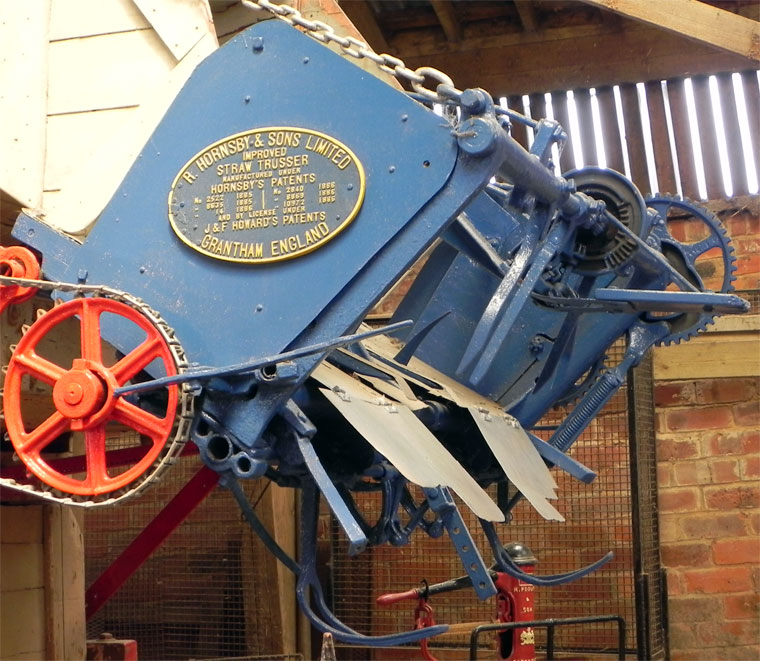 1851 With his three sons Richard, James and William the firm becomes Richard Hornsby and Sons

1863 The first traction engine built under the Bonnall and Astbury patents.

1876 Exhibitor at the Royal Agricultural Show at Birmingham. [4]

1879 Incorporated as a limited company. The company was registered on 20 November, to take over the business of the firm of the same name, as engineers and machine manufacturers. [6]

1882 The Engineer 1882/07/14, page 25, reported the death of John Bonnell, leading engineer and designer of successful engines and thrashing machines for Hornsby and Sons, Grantham.[7]

1891 Started production of an i/c engine following an agreement with Herbert Akroyd Stuart - the Hornsby-Akroyd engine became an immediate success. Eventually a total of 32,417 engines of this type were built.

1892 May. The first three Hornsby-Akroyd engines were installed at the Great Brickhill Waterworks at Fenny Stratford. The engines worked regularly until 1923.

1906 The manufacture of steam engines was discontinued.

1918 September. Amalgamated with Ruston, Proctor and Co to become Ruston and Hornsby [21]