Grace's Guide is the leading source of historical information on industry and manufacturing in Britain. This web publication contains 143,408 pages of information and 230,040 images on early companies, their products and the people who designed and built them. 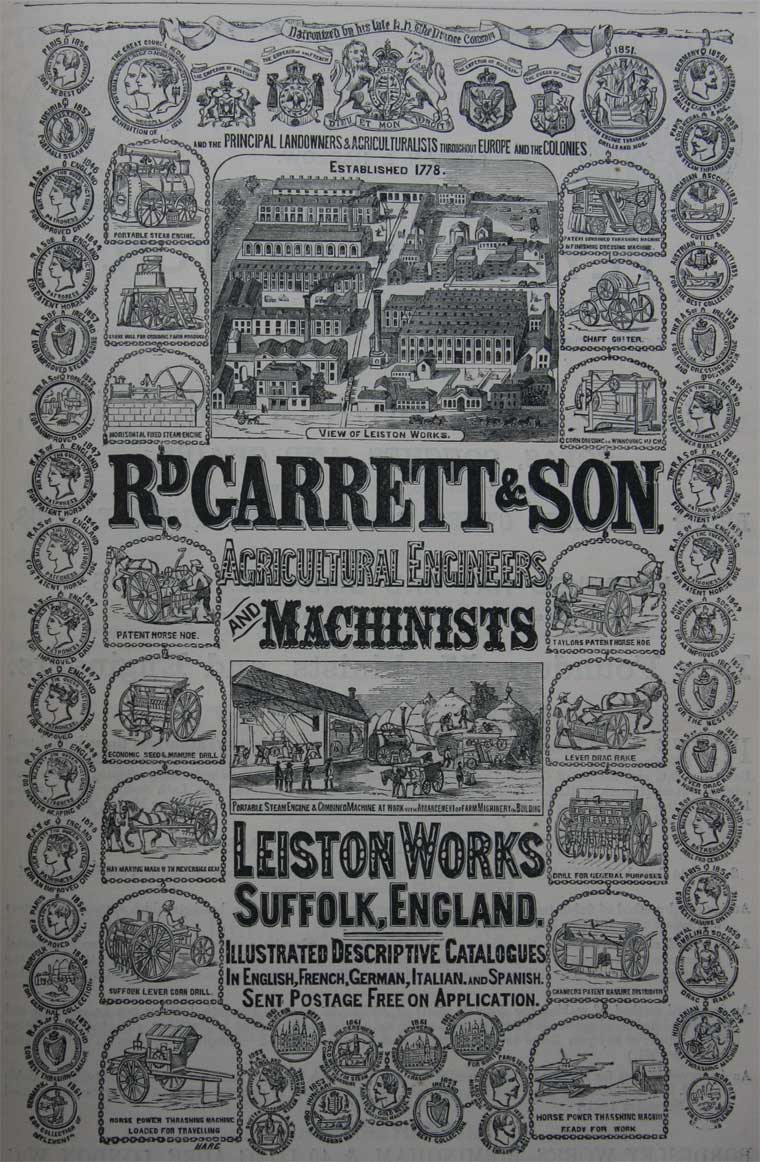 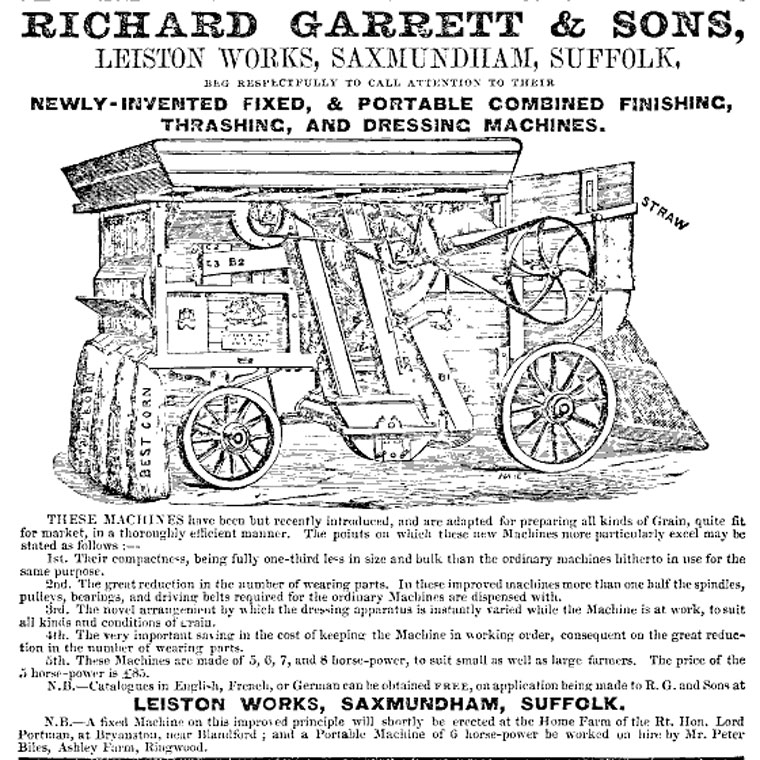 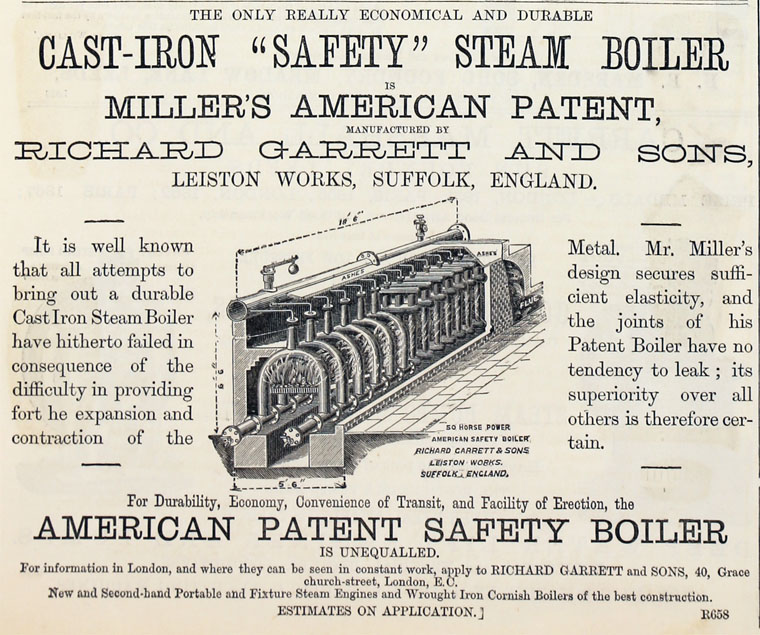 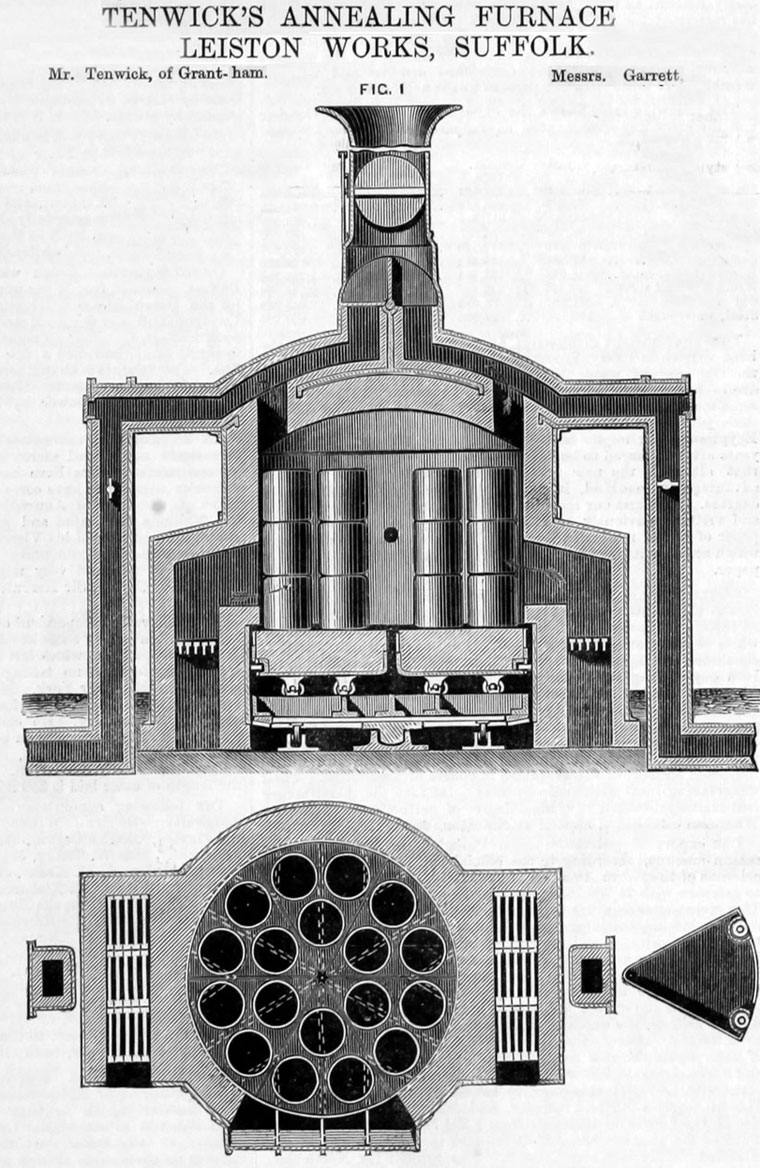 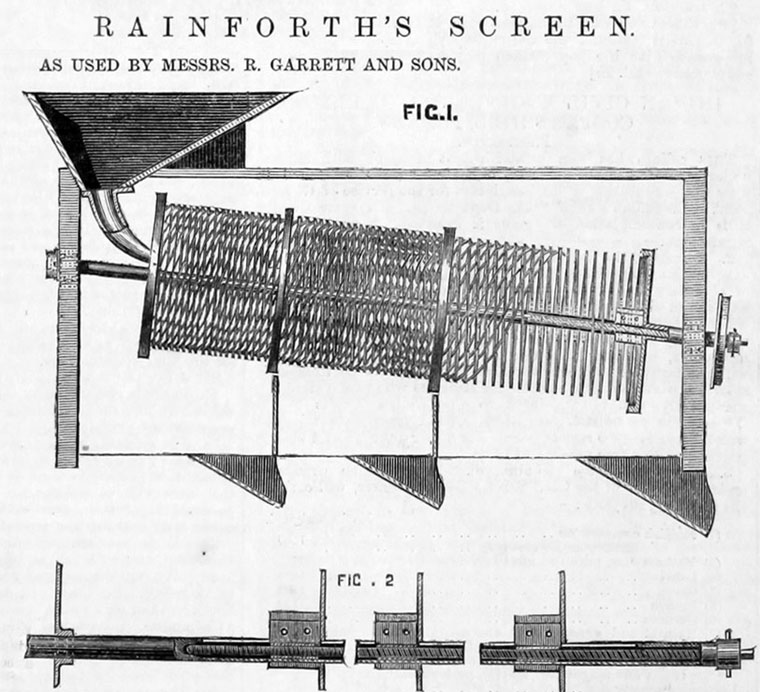 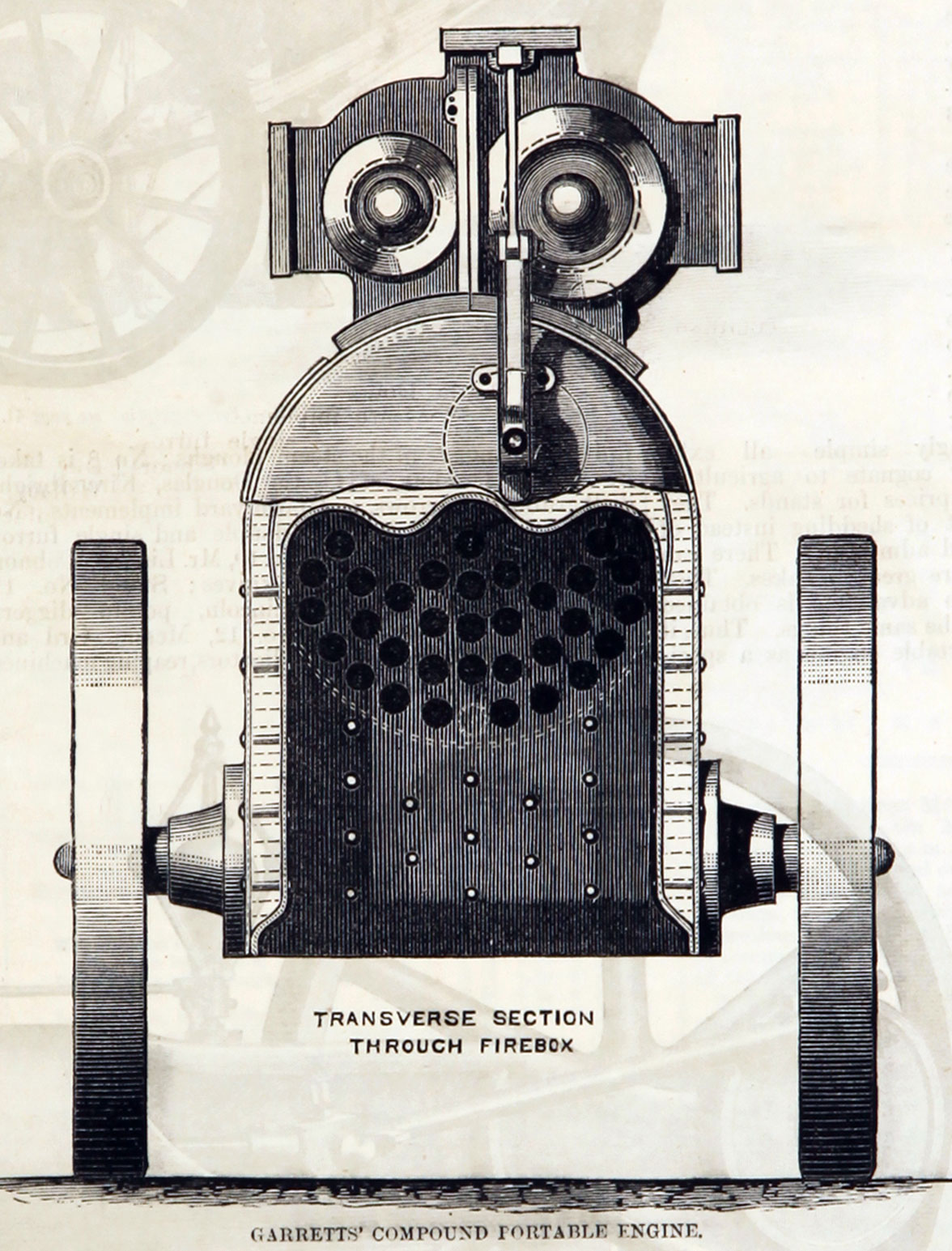 1881. Combined Drill and Horse-Hoe, Exhibited at The 1881 Royal Agricultural Show. 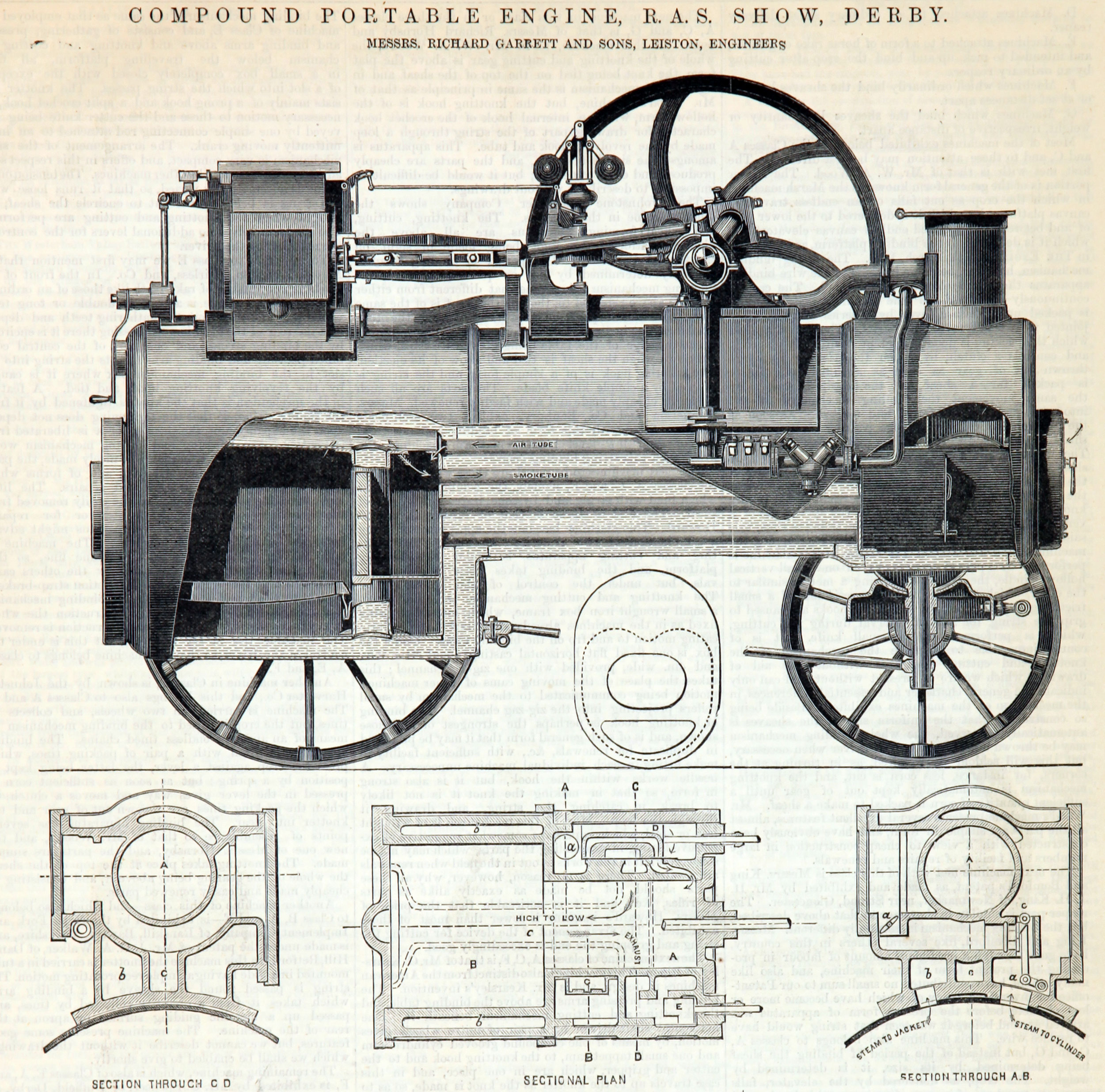 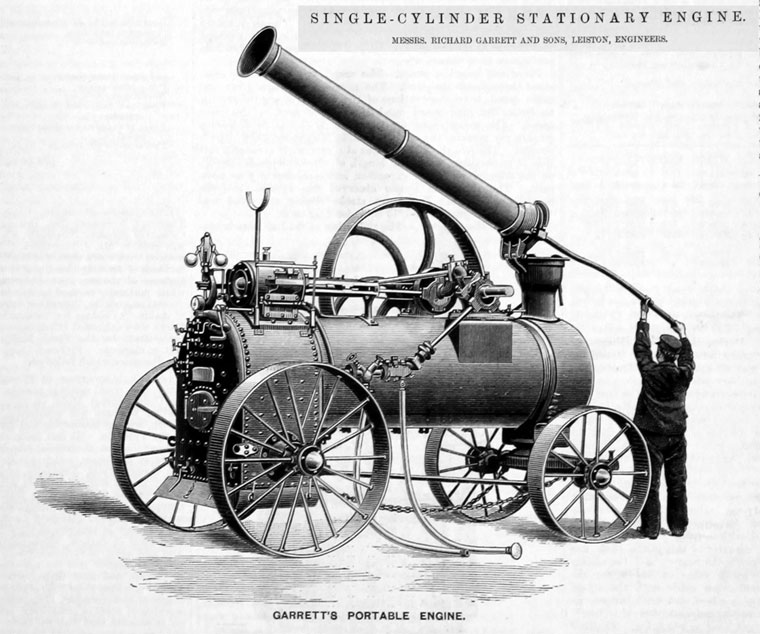 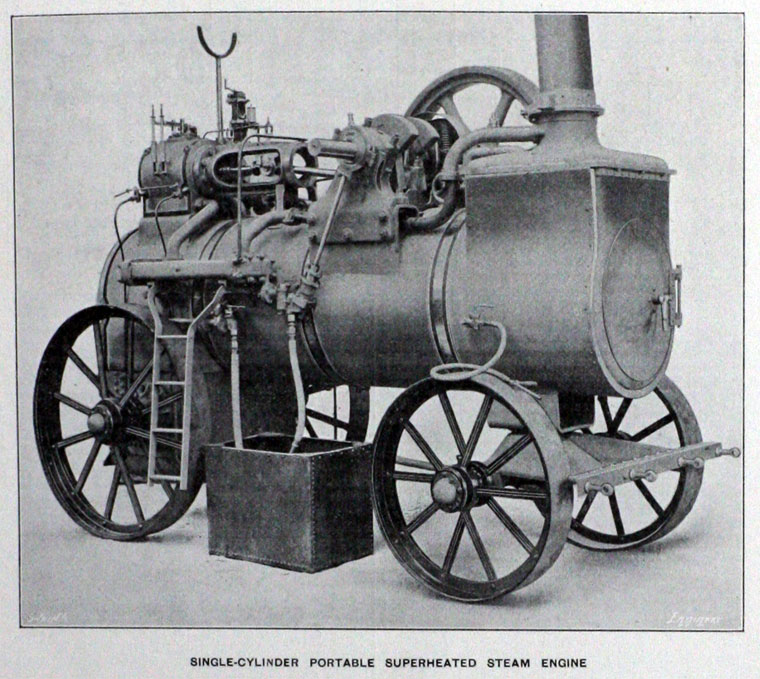 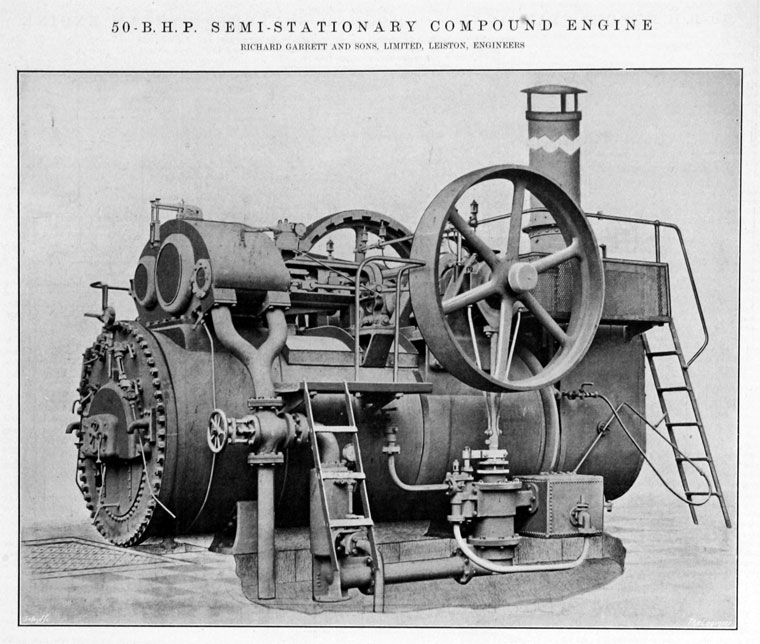 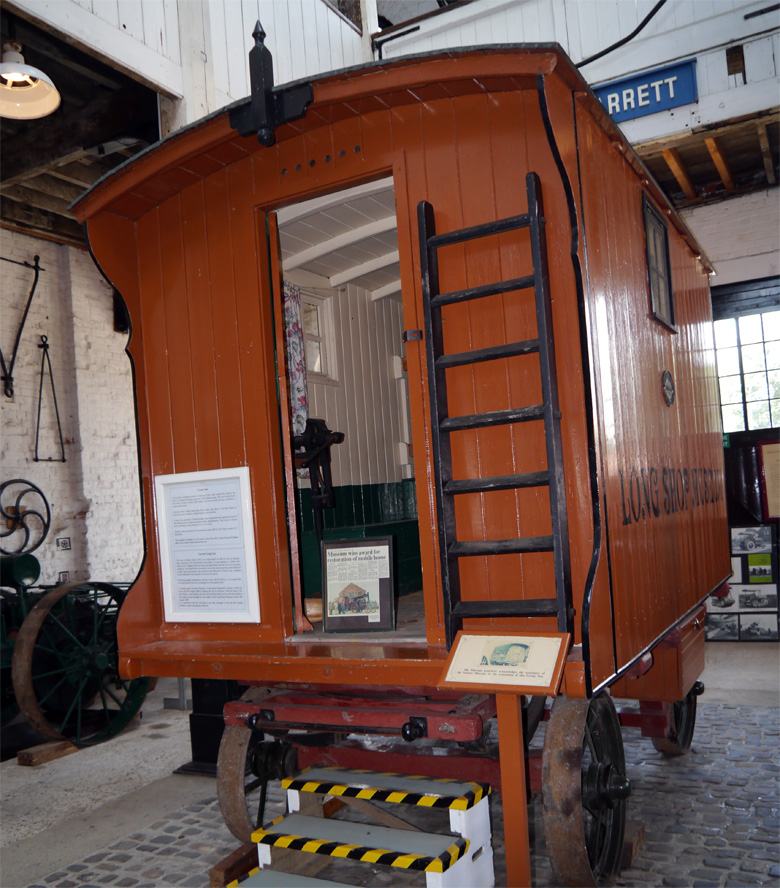 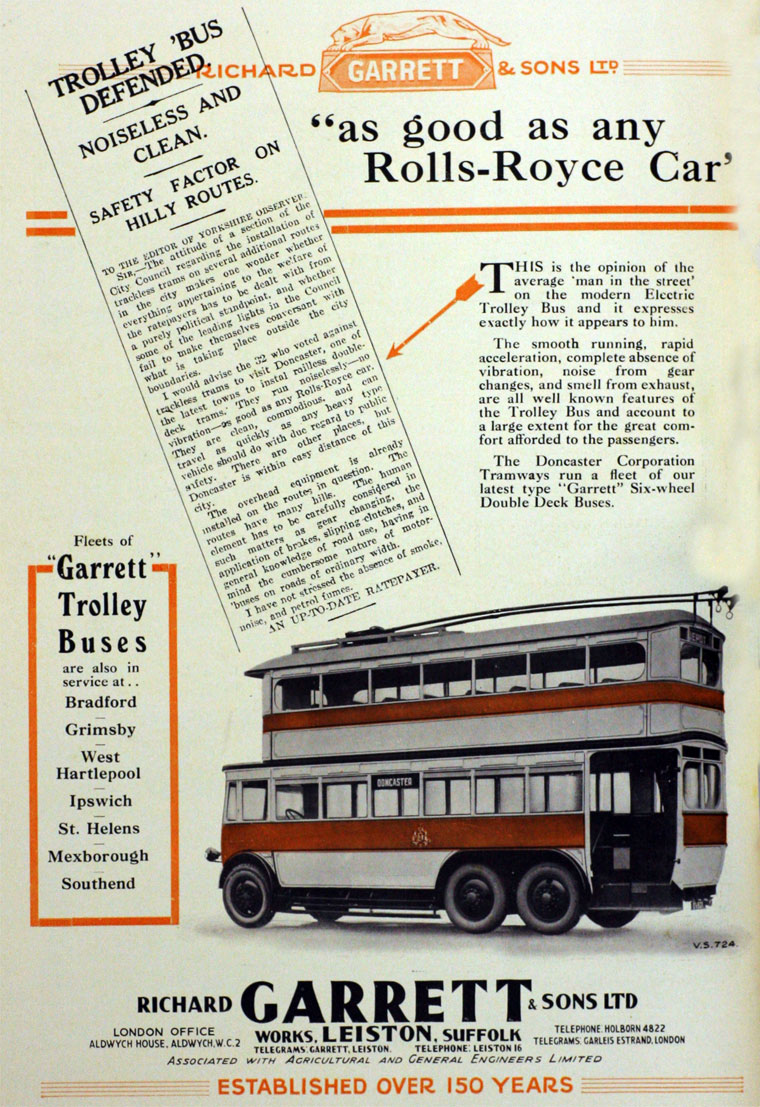 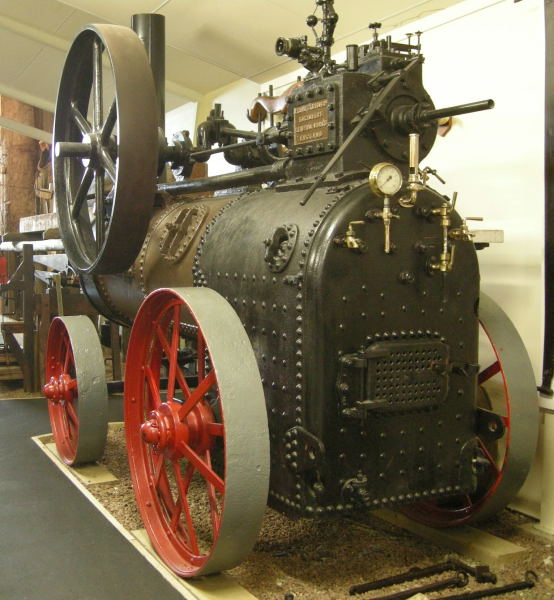 Portable engine at the Kauri Museum in New Zealand 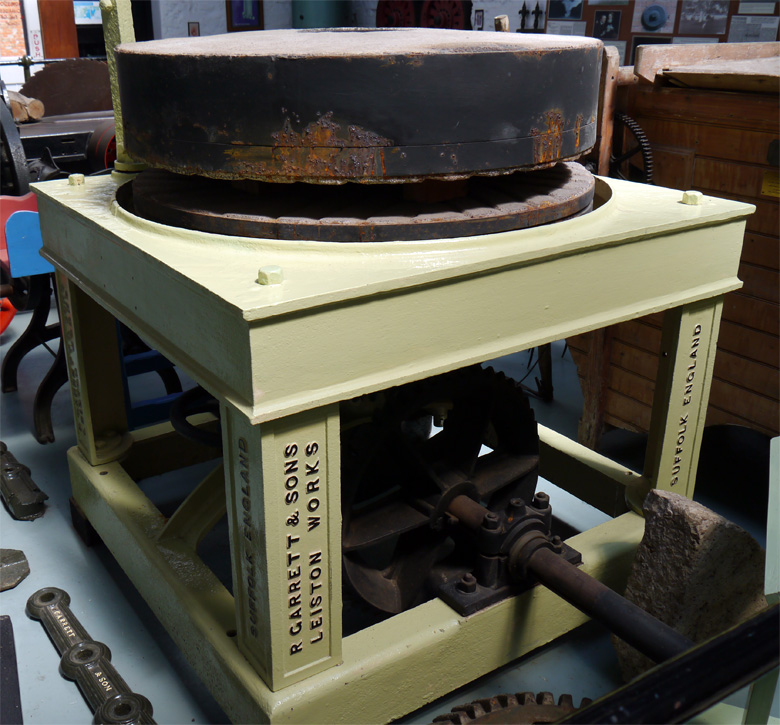 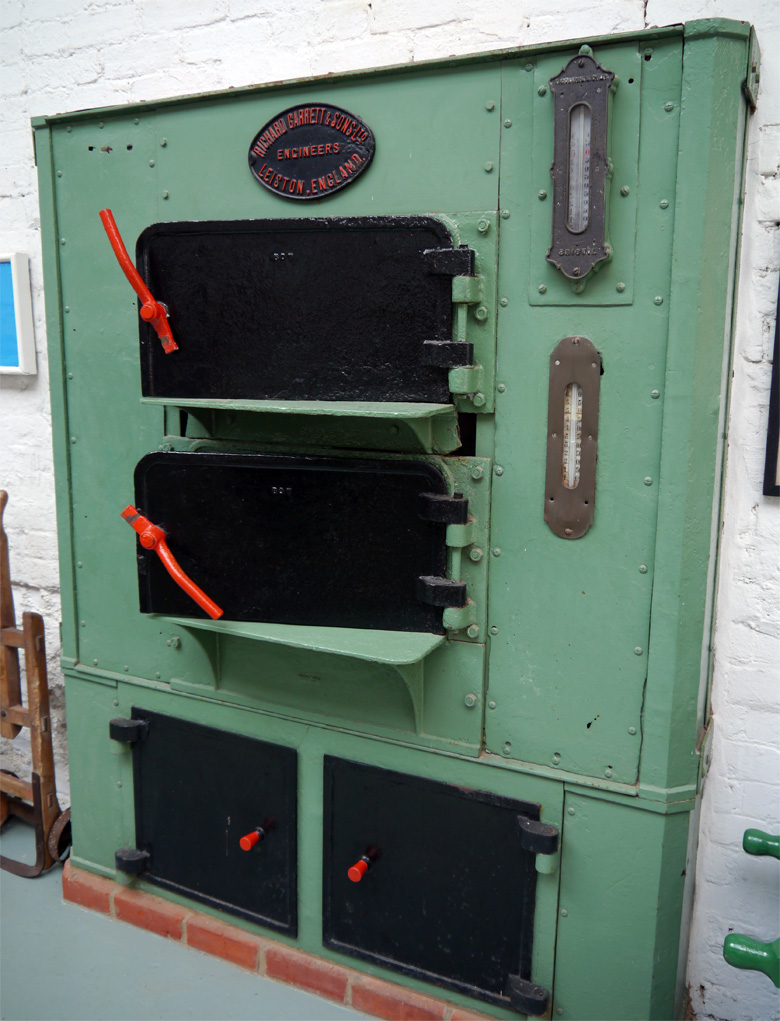 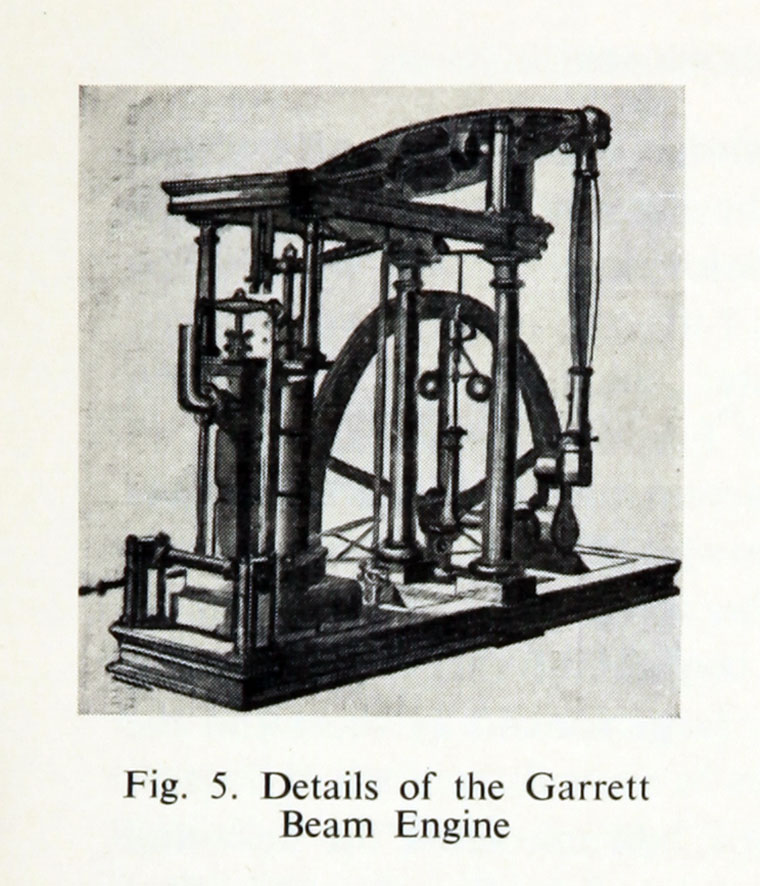 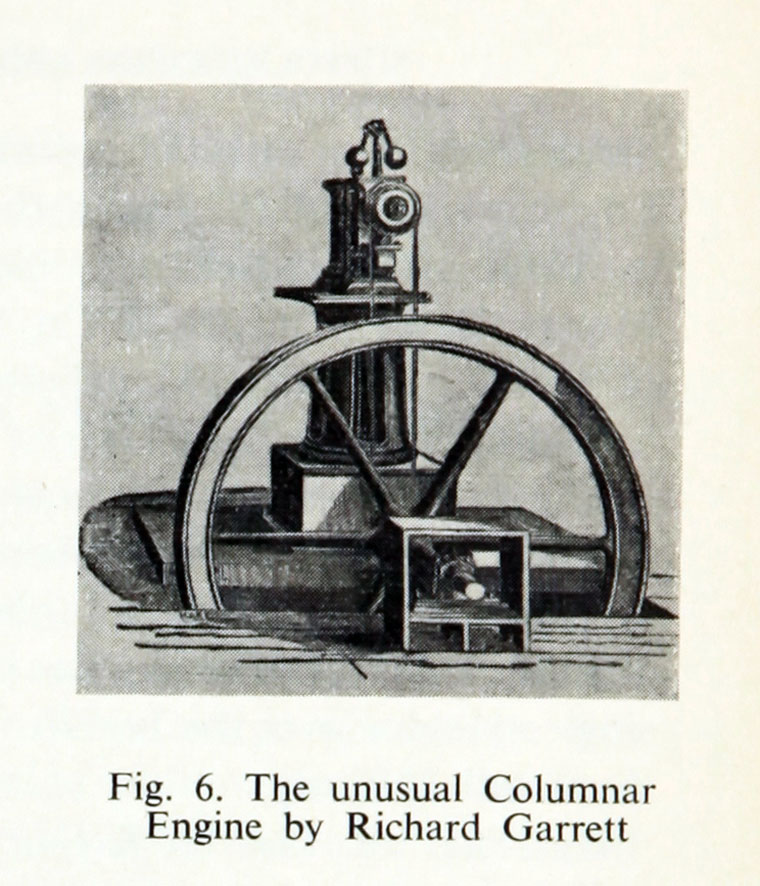 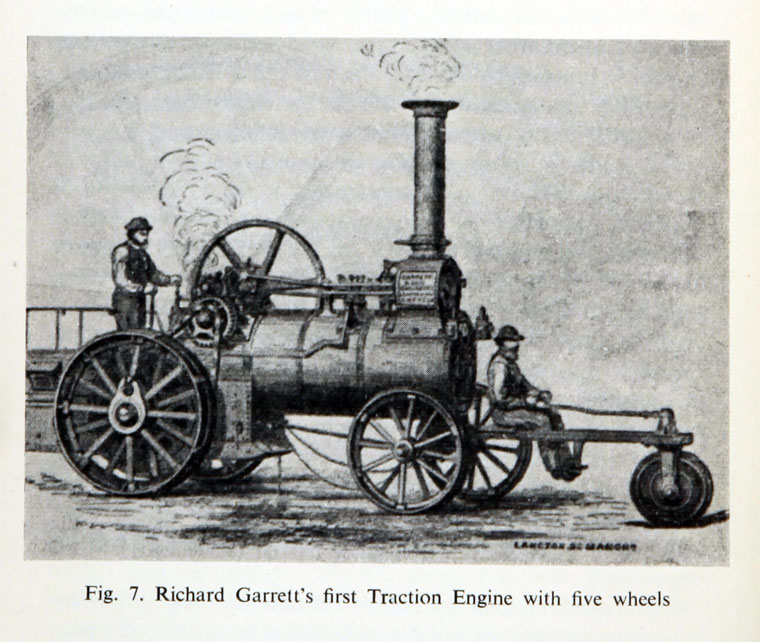 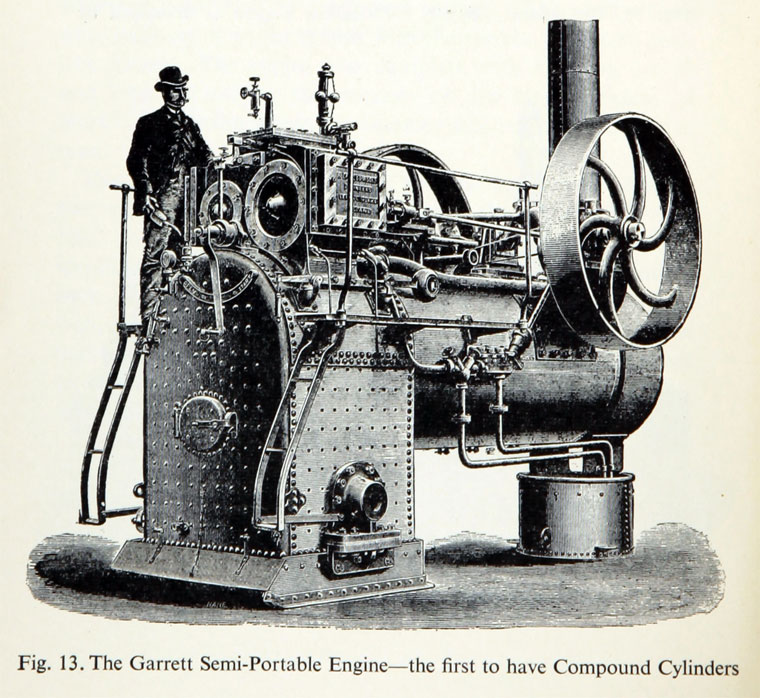 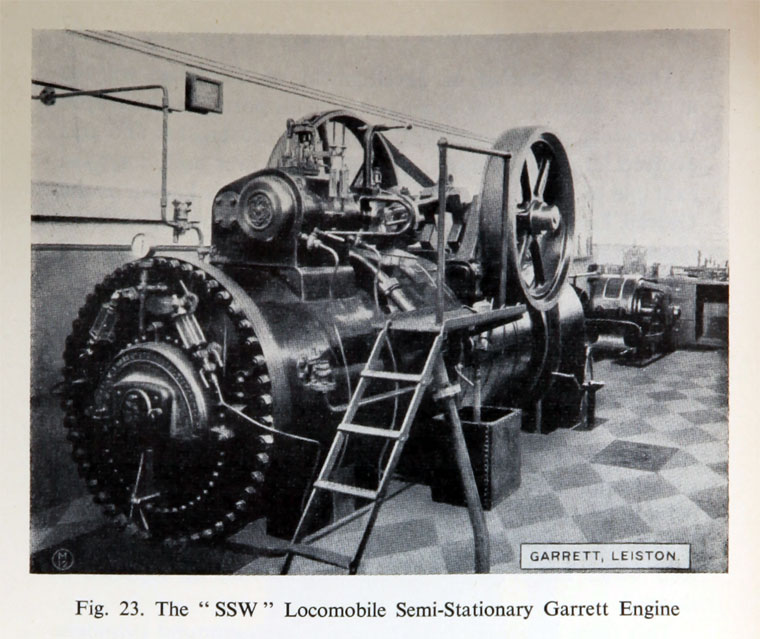 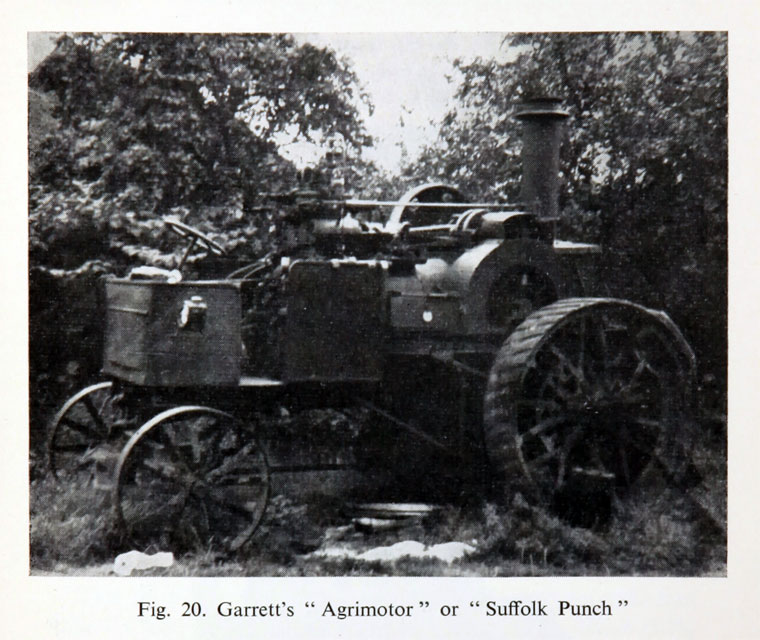 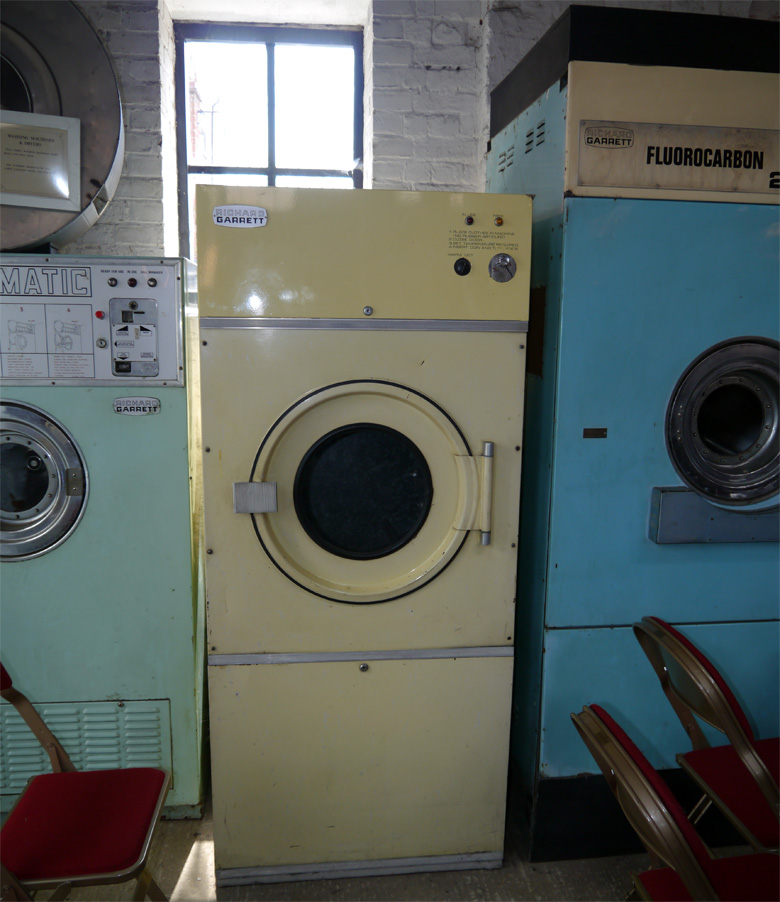 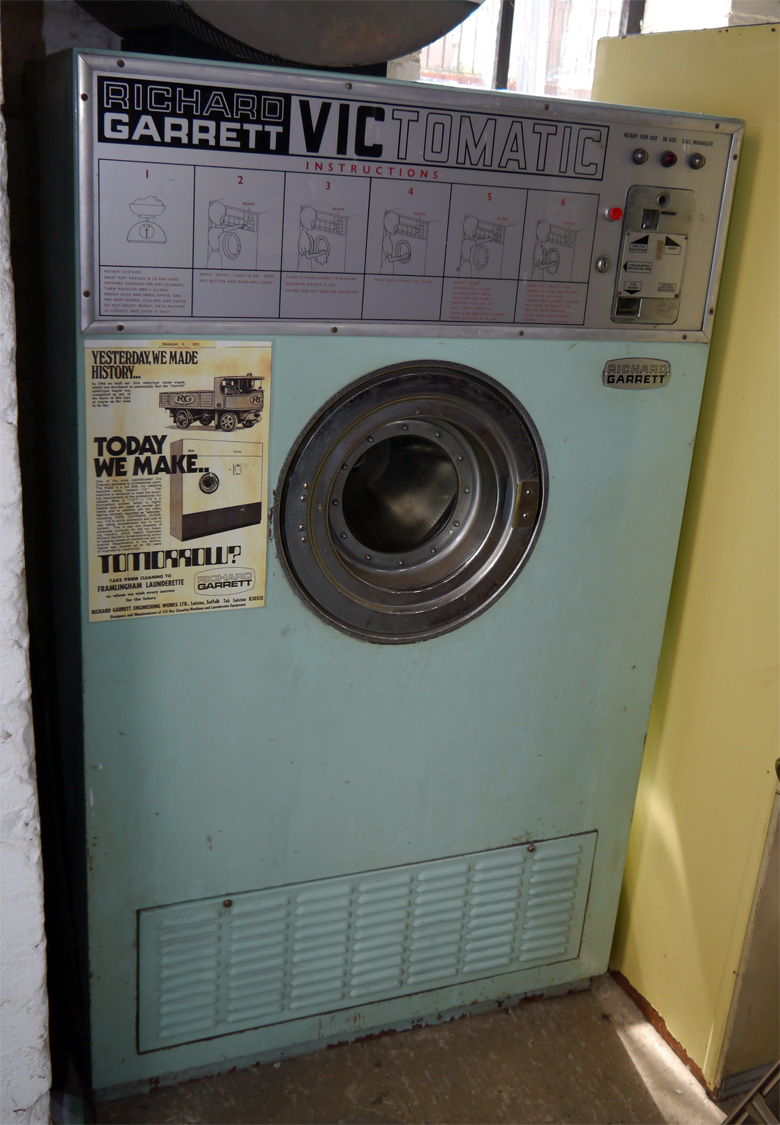 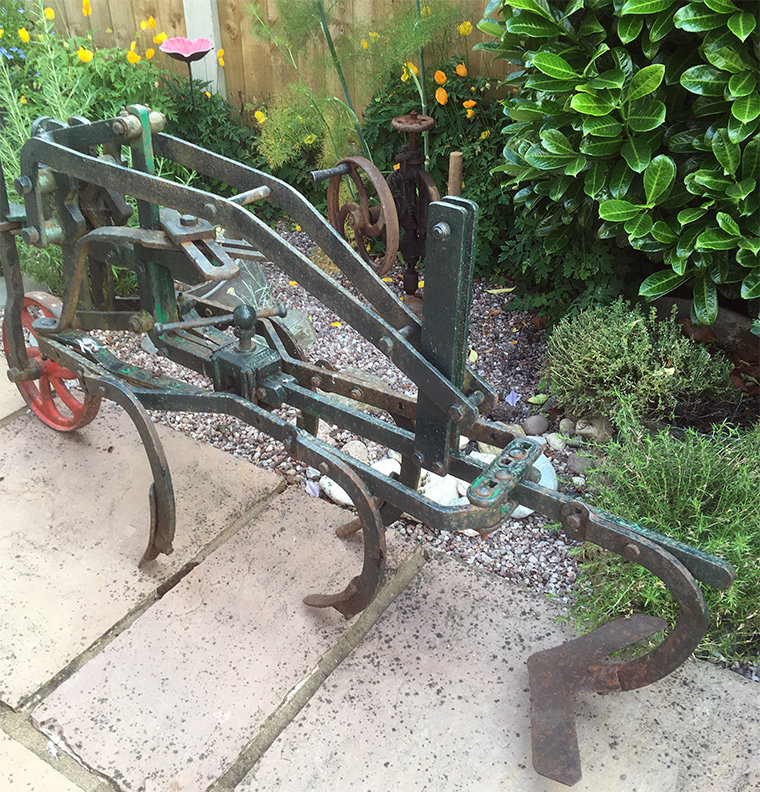 1778 Richard Garrett set up as a bladesmith in Leiston.

1830s Richard Garrett III took over the business and started the manufacture of a long line of steam engines.

1840 First portable engine produced and shown at the Norwich Show.

1848 Portable engines were being produced.

1853 Garrett took his sons Richard and his younger brother, John D. into partnership.

1866 On the death of Richard Garrett senior, Richard junior succeeded as head of the Garrett family and senior member of the Leiston firm, in partnership with his two brothers, Henry Newson Garrett and Frank Garrett.

1870 Image of Annealing Furnace installed at the Leiston Works, designed by Mr. Tenwick of Grantham.

1876 Produced traction engine to Garrett's own design after making Avelings under licence.

1876 Exhibitor at the Royal Agricultural Show at Birmingham with a traction engine and a straw burning engine. [3]

1889 Showed portable, simple and compound engines at the RASE at Windsor. [5]

1904 The first steam lorry was produced.

1920 They showed a steam motor wagon, an electrically propelled wagon driven from accumulators and a semi-stationary steam plant combining a boiler, super-heater and engine at the Darlington Agricultural Show. [8]

1920 October. Exhibited at the Commercial Motor Exhibition at Olympia with 3.5 ton electric vehicle with a brewer's type body. Uses an 8 hp motor. Had 30-35 mile range. [9]

In 1925 Garrett developed a steam-powered tractor which became known as the Suffolk Punch. It included a 40 HP engine and used Ackermann steering. It was designed for ploughing, pulling work and threshing. It was too expensive to compete with other tractors and only eight were built.

1925 They tried to enter the railway locomotive market but without any success.

1926 Tender to the West Hartlepool Corporation Tramways for the supply of twelve 'Garrett' low loading line electric trolley buses has been accepted, including their tender for the overhead equipment. The whole contract amounts to about £25,000.[10]

1926 - November. Acquired the whole of the interests of the Caledon Motor Co of Glasgow. In future all types of the Caledon lorry were manufactured at the Leiston Works.[12]

1930 Produced their first diesel powered lorry with a Blackstone and Co six-cylinder engine.

1932 The company was purchased by Beyer, Peacock and Co after the collapse of AGE. The business continued as Richard Garrett Engineering Works.

1939 Last lorries produced but continued with other engineering work.

1966 After the end of Beyer Peacock activities at Gorton, Leiston was one of the parts of the company which was still profitable and operations continued there.

Today, part of the factory is preserved as the Long Shop Steam Museum. The rest has been demolished and the land used for housing.

The company produced around 22,500 steam engines with 20,000 of those being portable engines.

The financial, technical and production records of Garretts of Leiston are preserved in the Ipswich Record Office of Suffolk Libraries and Heritage under the reference HC 30.