Grace's Guide is the leading source of historical information on industry and manufacturing in Britain. This web publication contains 138,890 pages of information and 225,312 images on early companies, their products and the people who designed and built them. 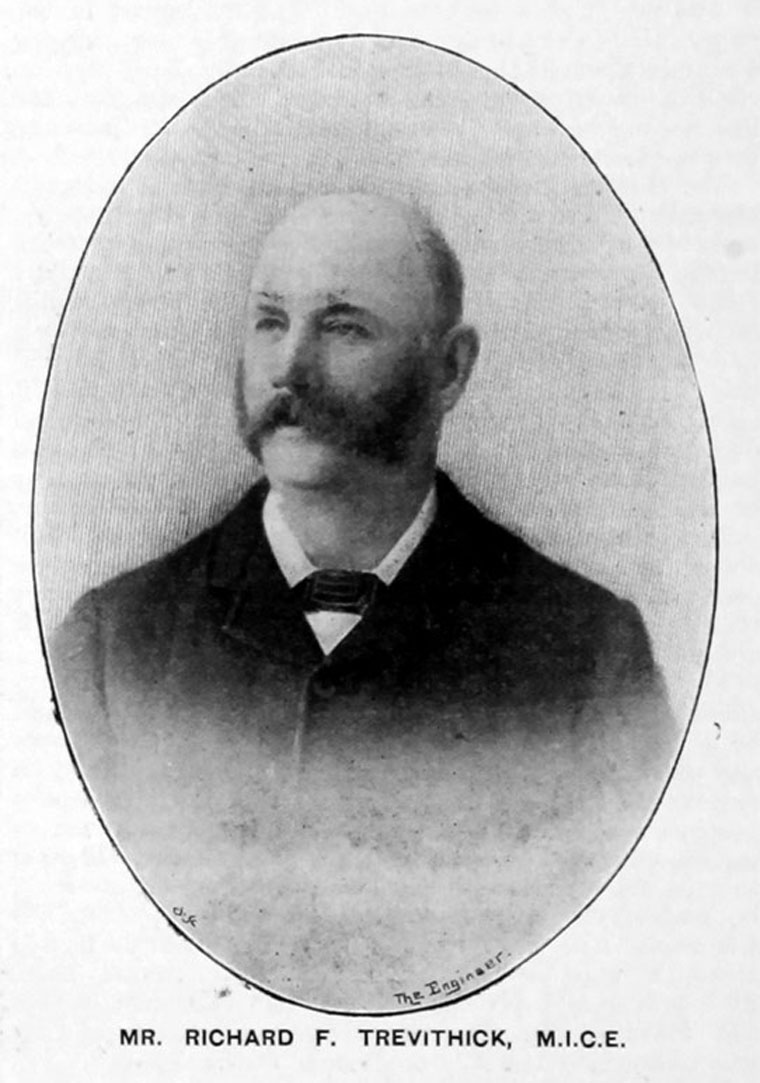 RICHARD FRANCIS TREVITHICK, grandson of Richard Trevithick, one of the pioneers of steam locomotion, was born on the 11th December, 1845, and died at Southampton on the 13th February, 1913.

Having served his apprenticeship with Messrs. Harvey and Company, Hayle, Cornwall, he entered the Crewe locomotive works in 1867.

He retired from the Japanese service in 1904, having had the distinction of building the first locomotive constructed in Japan, and being the last foreign railway official to leave the country.

Mr. Trevithick was elected a Member of The Institution on the 5th May, 1885.