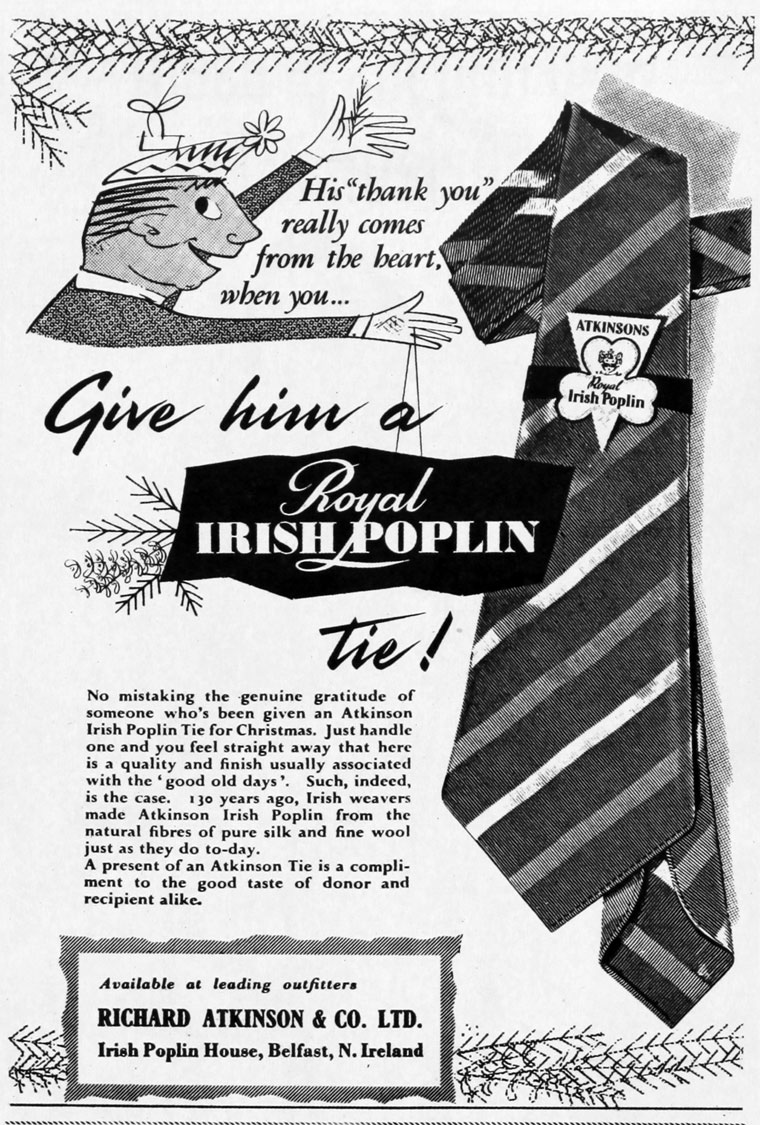 The story of Atkinsons Royal Irish Poplin began in the southern French city of Avignon in the 1400s when papeline, a silk fabric named for the papal residence, was woven into ecclesiastical robes.[1]

During troubled times in the seventeenth century, hundreds of Huguenot refugee weavers from Avignon moved to Ireland, where they joined Irish weavers in the Coombe Valley.

The original silk papeline evolved over a hundred years into Irish poplin - a heavy fabric consisting of a rich silk warp and a fine worsted wool weft. The weft is thick and gives the fabric a ribbed look similar to a repp weave.

In 1820 Richard Atkinson, the then Lord Mayor of Dublin, asked a group of weavers to make their Irish poplin for his shop.

In the early 1900s, Atkinsons moved away from ladies' fabrics towards the production of Irish poplin for cravats and ties.