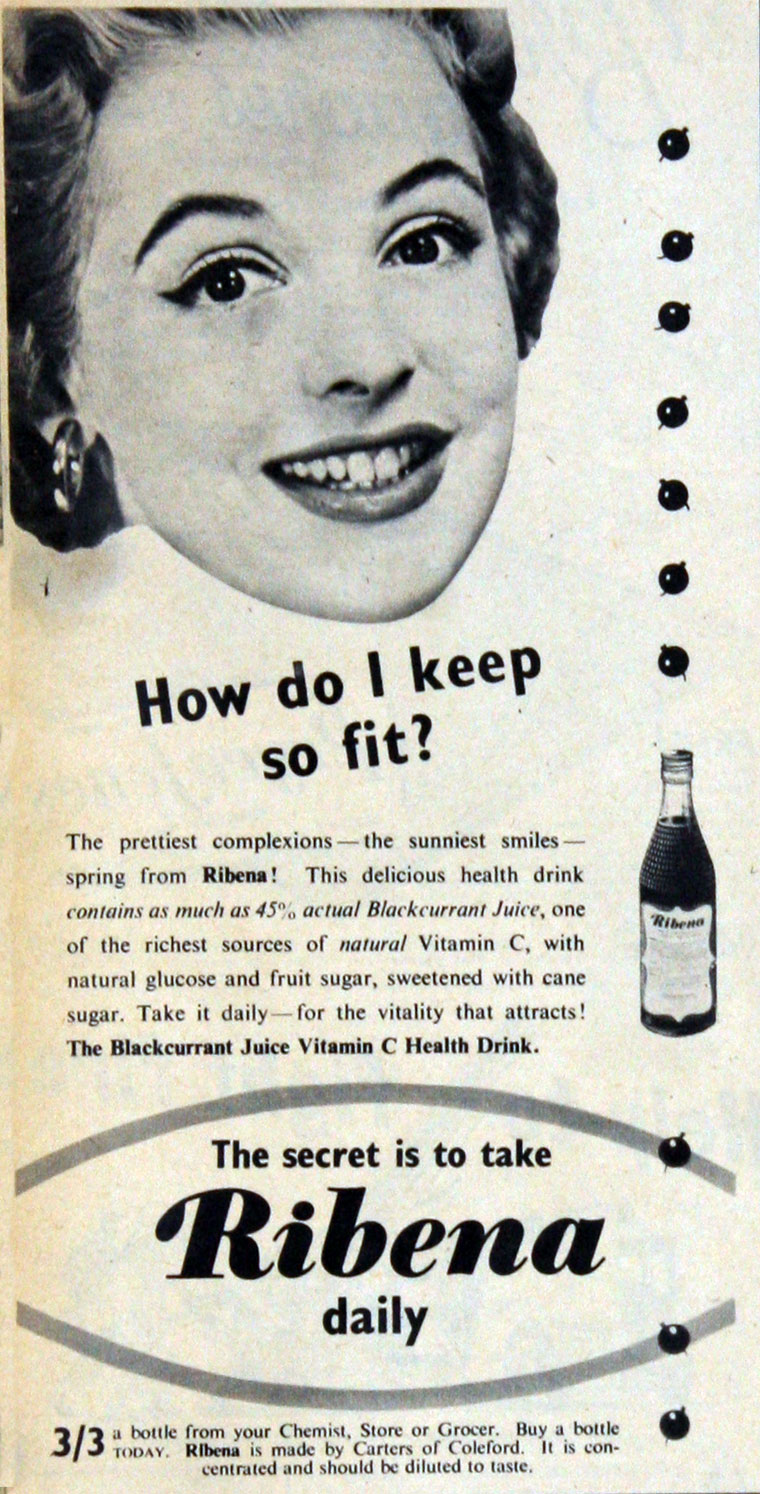 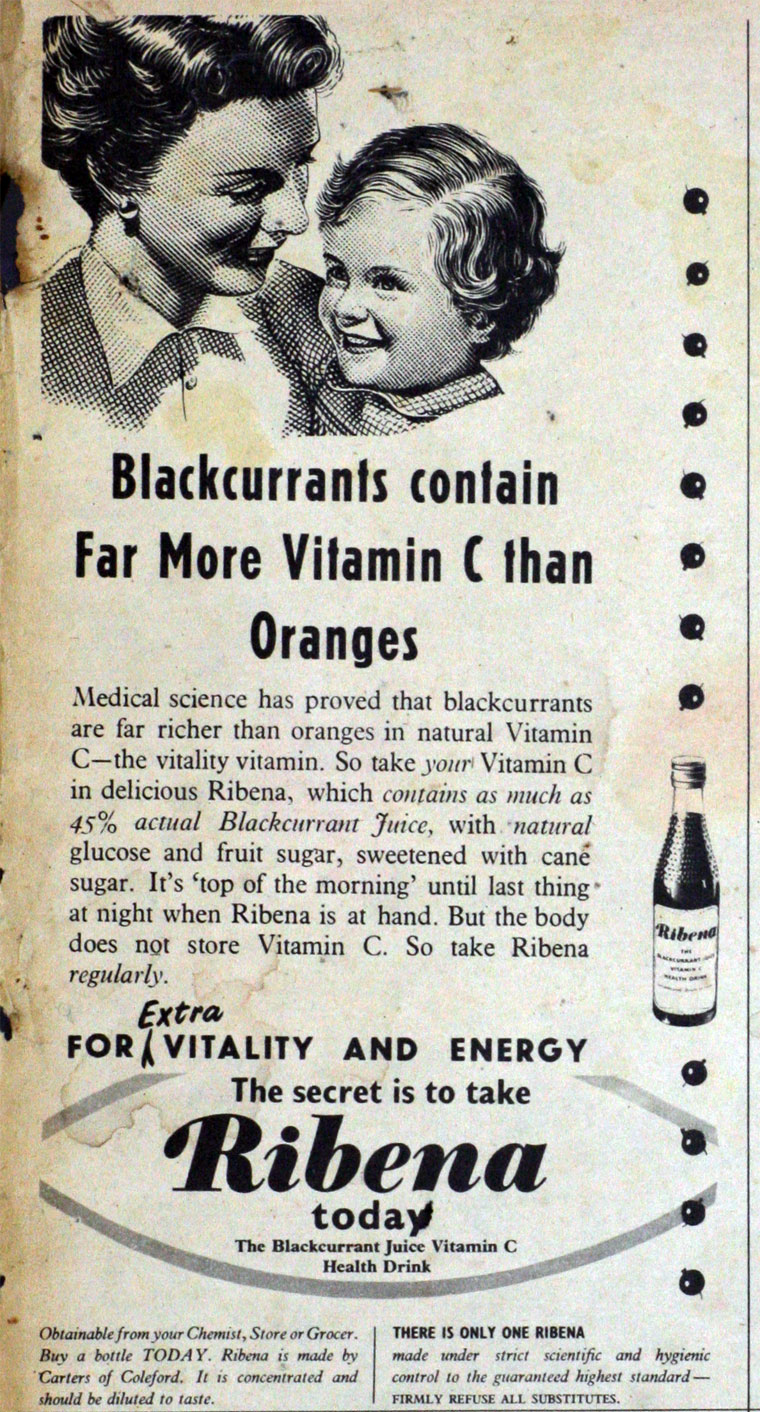 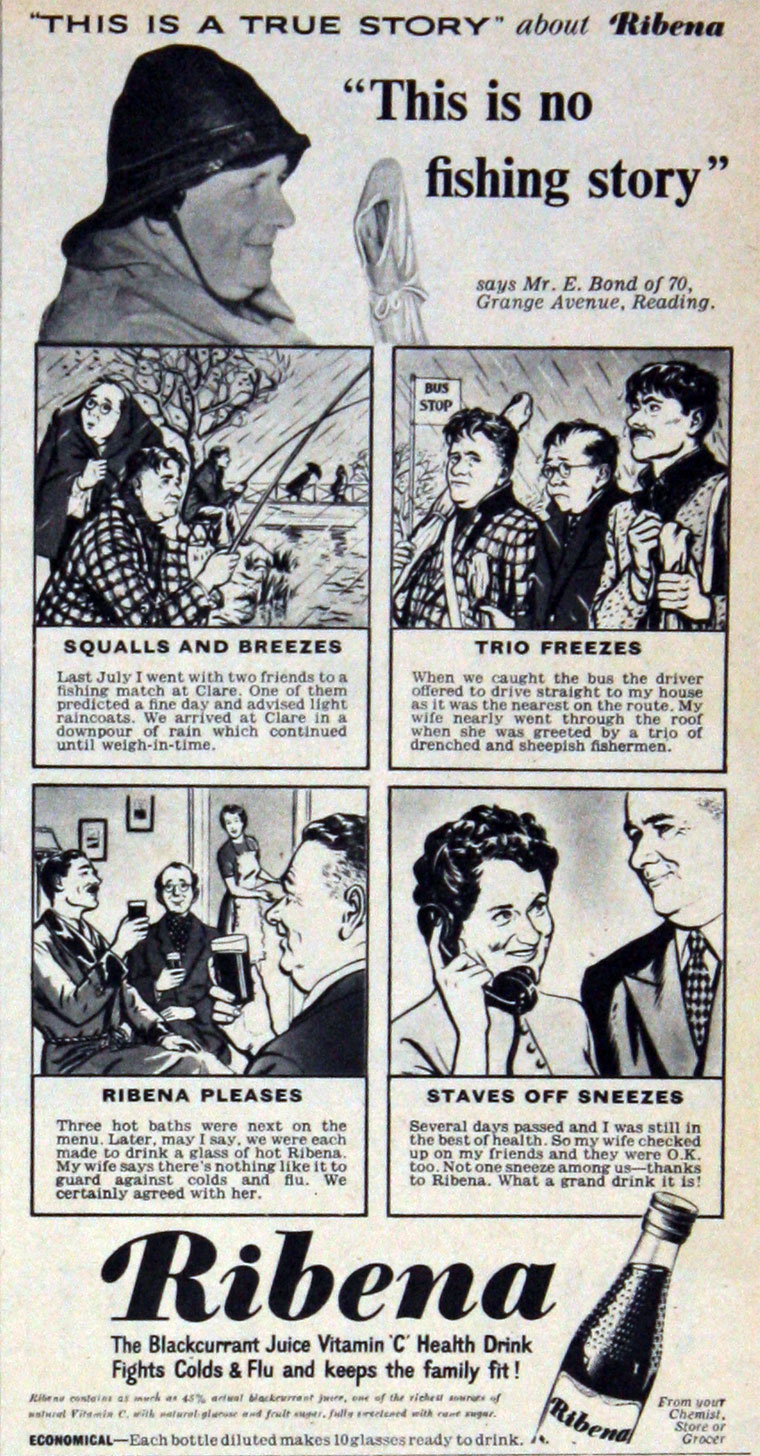 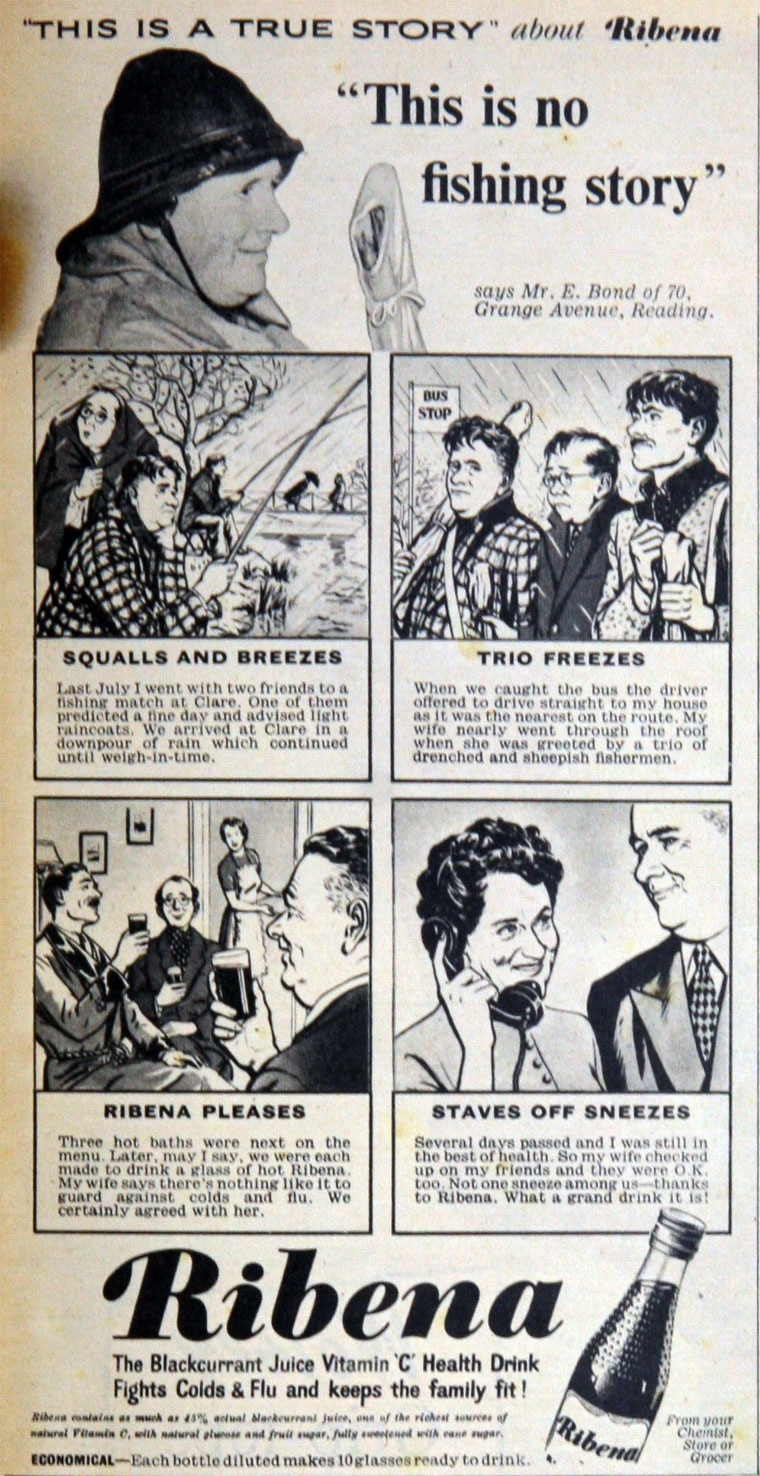 Ribena was originally manufactured by the Bristol-based food and drink company H. W. Carter and Co as a blackcurrant cordial.

Development research into pure fruit syrups for the manufacture of milkshakes had been done at the Long Ashton Agriculture and Horticulture Research Station in north Somerset using a pectinase enzyme process; essentially Ribena was invented there by Dr Vernon Charley. The blackcurrant variety was found to contain high levels of Vitamin C.

1936 The drink was launched with the name Ribena (from the botanical name for the blackcurrant, Ribes nigrum) and was created by Sidney Lennox.

During the Second World War other fruits rich in vitamin C, like oranges (from Florida), became almost impossible to obtain in the United Kingdom, due to the U boat campaign. Blackcurrant cultivation was encouraged by the Government and the yield of the nation's crop increased significantly.

From 1942 almost the entire British blackcurrant crop was made into blackcurrant syrup (or cordial), almost all of it manufactured by Carters, and distributed to the nation's children for free without the Ribena brand name, giving rise to the lasting popularity of blackcurrant flavourings in Britain.

1947 Production moved to the new Royal Forest Factory at Coleford in the Forest of Dean.