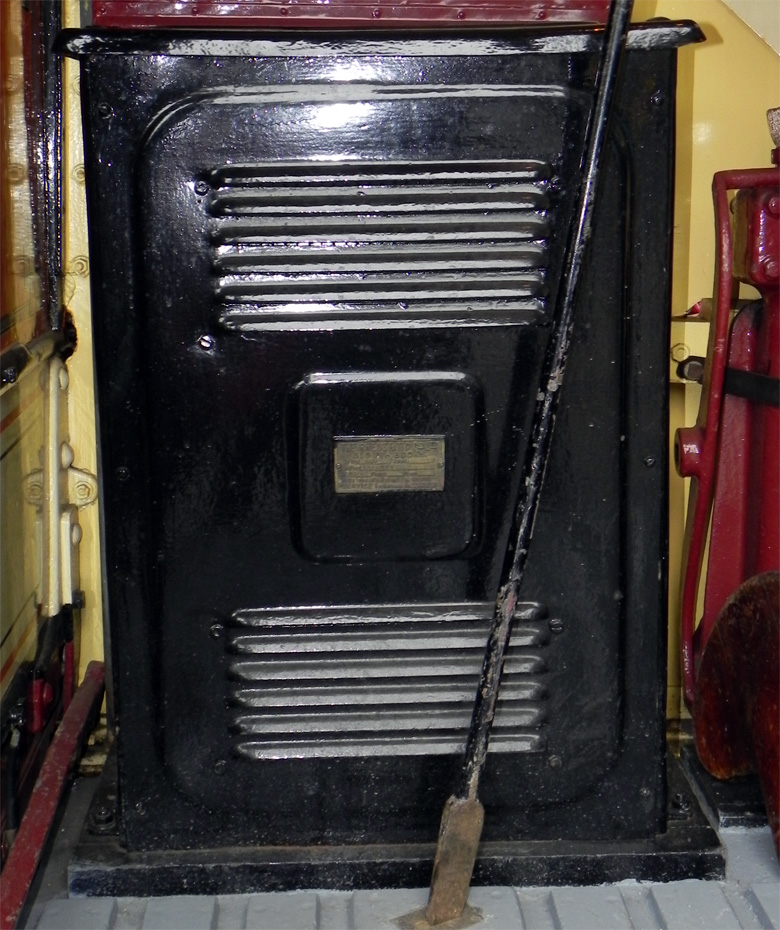 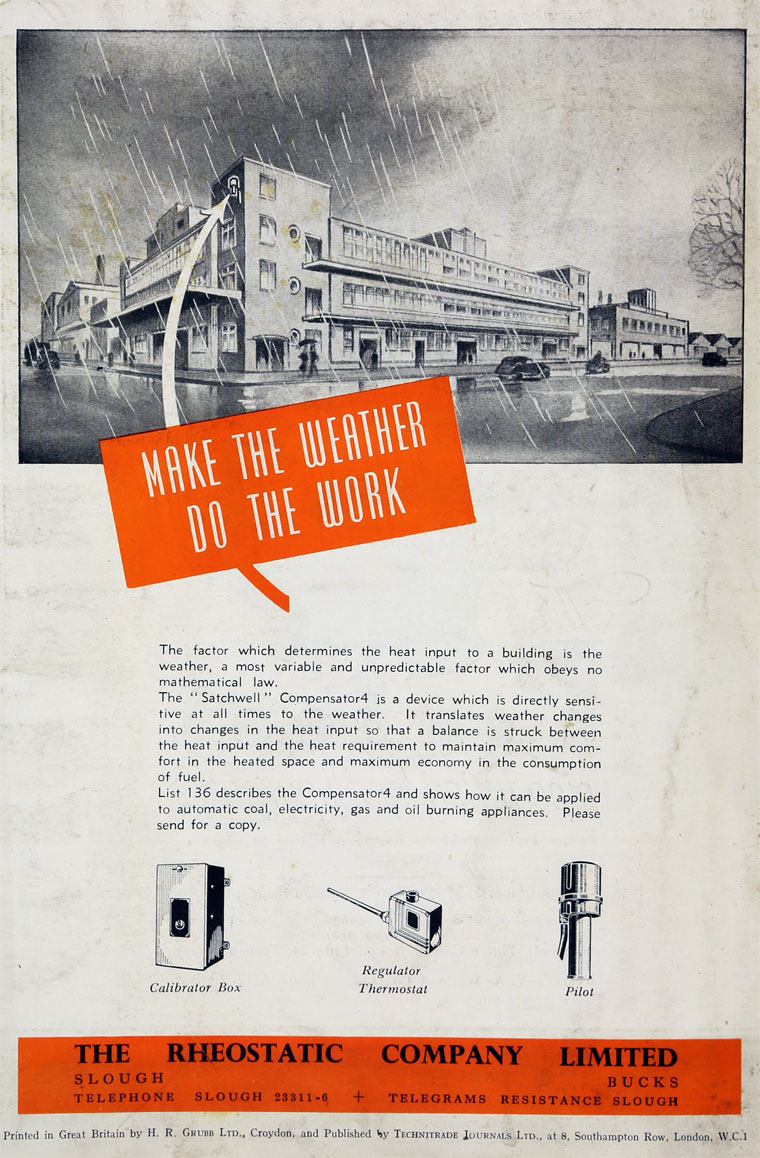 1921 Leonard Satchwell and a Mr Johns, in partnership, founded the Rheostatic Company in Slough. The company manufactured variable resistors for controlling the speed of trams and trolleybuses.

1927 the company introduced the world's first commercially available thermostat, for the control of electric heaters and, soon after, a room thermostat.

1939 The premises were destroyed by fire but were completely rebuilt in six weeks.

WWII As a result of the need for fuel economy, a compensator was developed that enabled heating systems in public buildings to be controlled automatically, depending on the temperature of the weather. The firm's resistors were also in demand for use by the Royal Navy and the Royal Air Force, especially to shield shipboard equipment from the harmful influence of nearby magnetized instruments.

1953 the company sold its resistor business to Metal Industries and concentrated on Satchwell temperature control systems.

1963 the Rheostatic Company was renamed Satchwell Controls; 2 divisions - one at East Kilbride, the other at Slough.

1967 the company was part of Elliott Automation, which was itself absorbed by the English Electric Company and so became part of the General Electric Company (GEC), the largest electrical manufacturer in Britain.