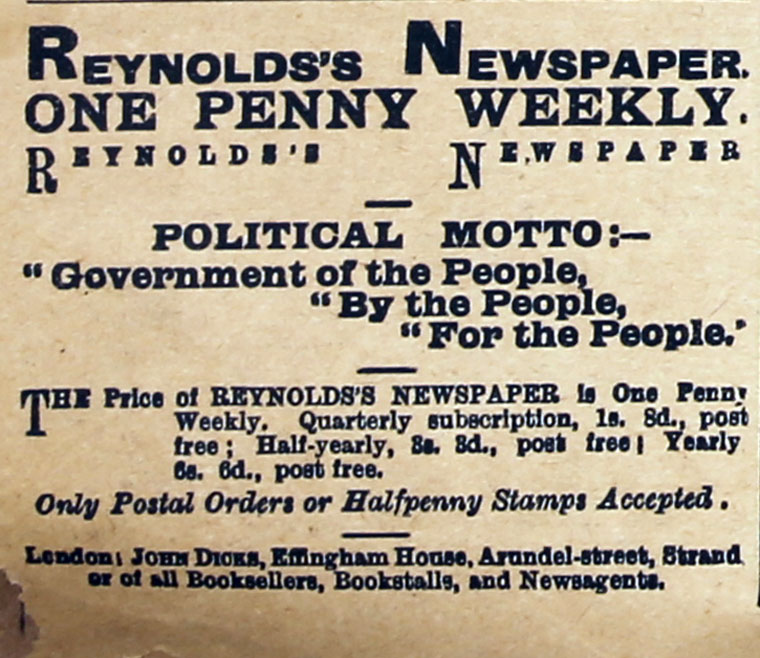 Reynold's News was a Sunday newspaper in the United Kingdom.

The paper was founded as Reynolds's Weekly Newspaper by George W. M. Reynolds in 1850, who became its first editor. By 1870, the paper was selling more than 350,000 copies per week. George died in 1879 and was succeeded as editor by his brother, Edward Reynolds.

After the left-wing journalist H. N. Brailsford wrote a series of articles in Reynold's News criticising the Moscow trials, the paper received hundreds of letters both supporting Brailsford and criticising him.