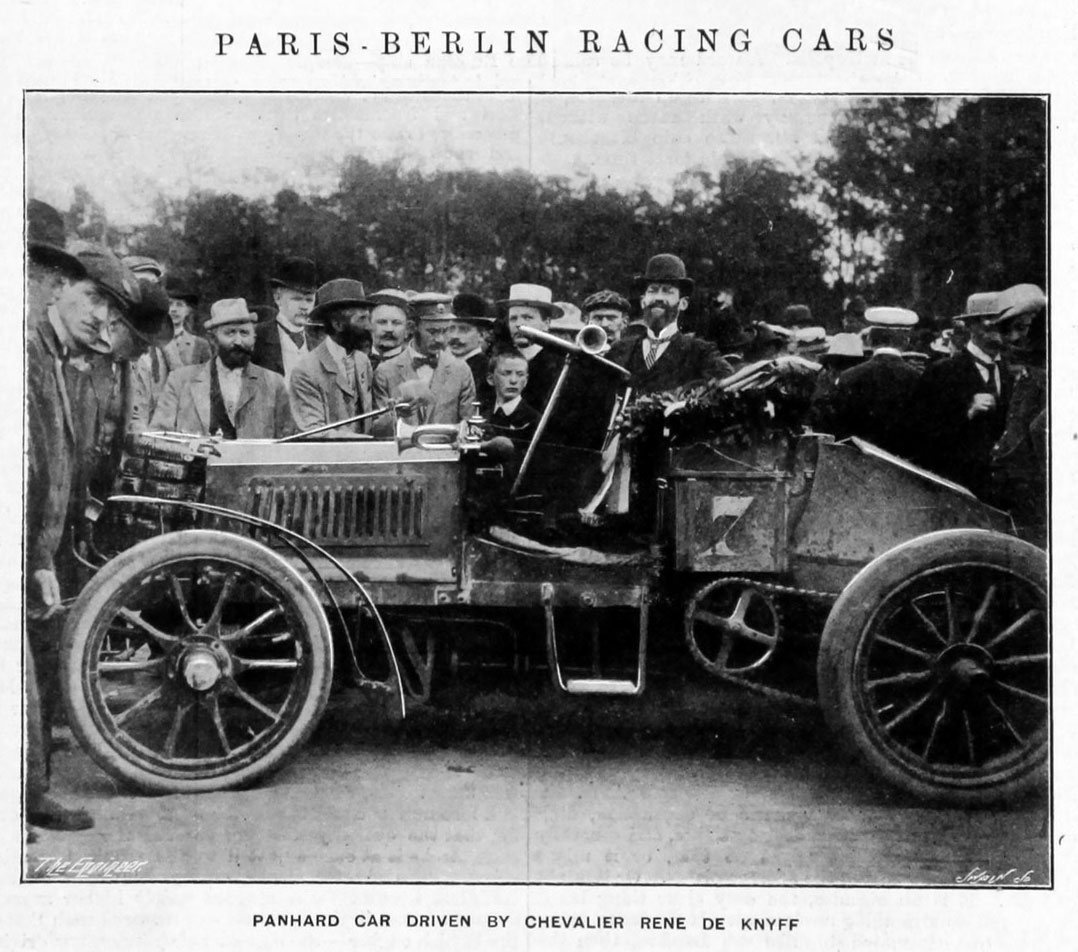 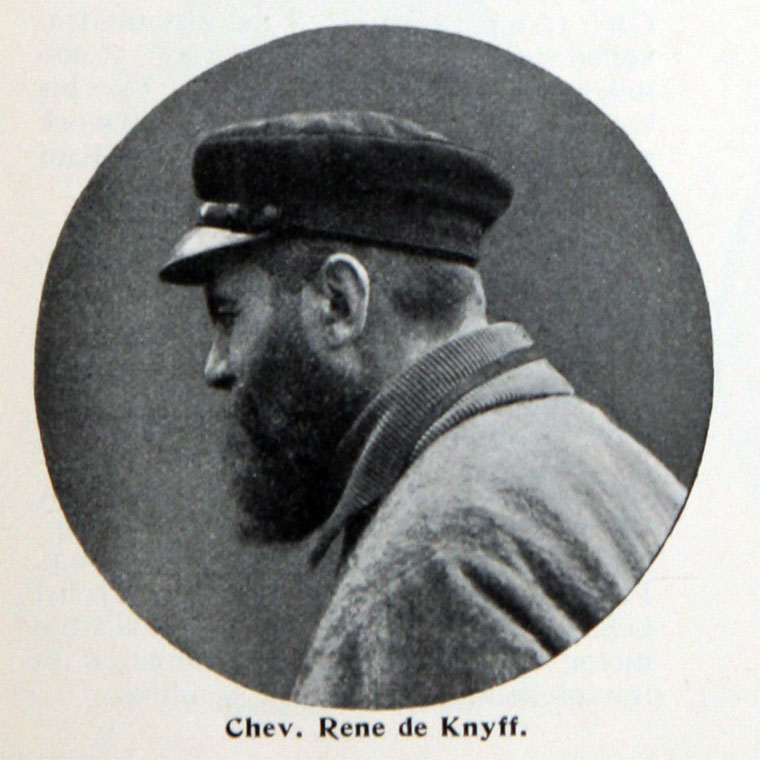 He drove all the races in a Panhard-Levassor, wearing a captain cap which he always lost right after start. During his racing career, he was famous for his gentlemanship and sportsmanship. For example, during the Paris-Bordeaux race in 1895 he saw his great rival Fernand Charron who was sitting on the road next to his independable car, tired and desperate. De Knyff stopped, asked Charron if he could help him somehow, gave him a glass of cognac and encouraged him to go on, which Charron did.

He was a popular figure also due to his enormous beard, bohemian lifestyle (he knew where to get the best champagne, cigars and Rhine wine) and interest in many other sports, such as tennis, shooting, cycling, and also hunting.