1935. The demolition of Waterloo Bridge, London. 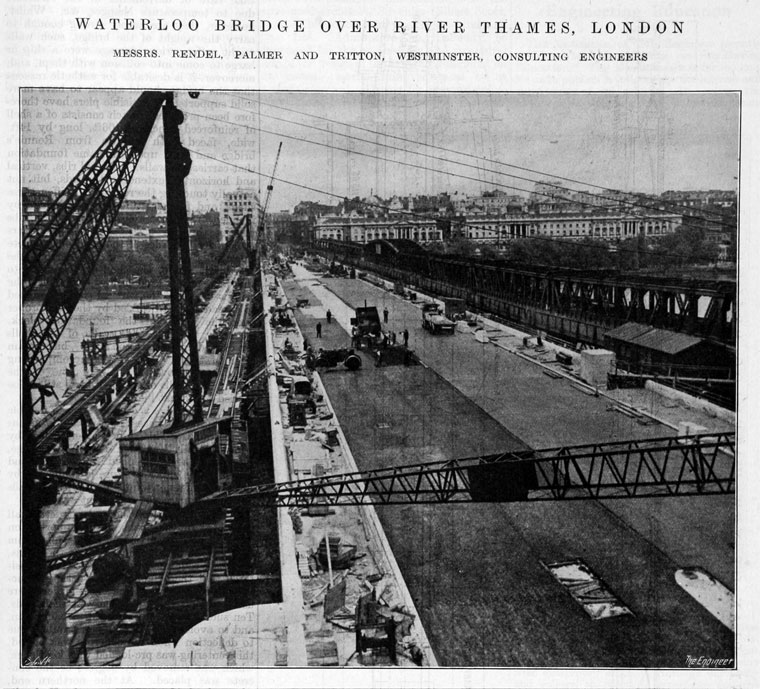 1942. Waterloo Bridge over the Thames. 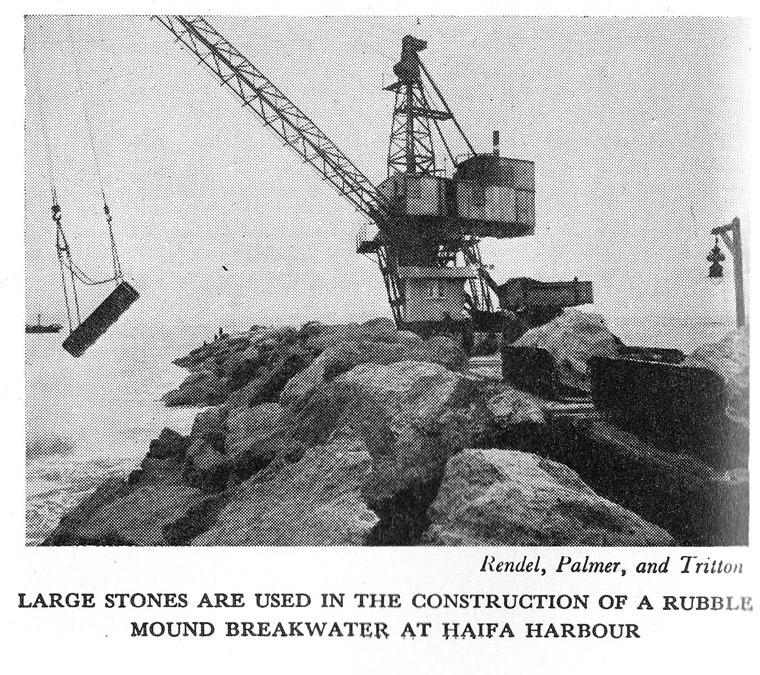 So in 1913 Frederick Palmer (1862–1934), C.I.E., chief engineer to the Port of London Authority, joined the partnership. The name of the firm was changed to Rendel, Palmer, and Tritton[2]

The firm was closely involved in development of the Port of London and especially construction of the King George V Dock, opened in 1921.

1924 "On Tuesday afternoon last, precisely at three o'clock, all traffic was held up at either end of Westminster Bridge for a period of five minutes. This interval was sufficient to allow the engineers of Messrs. Rendel, Palmer and Tritton to take reading of the loading conditions of the bridge when free from traffic, while the effect of the sudden renewal of normal traffic was also noted. The information gained during this test will serve to complete the work of testing the bridge, which has now been in progress for about five months. The report on the bridge, which is being prepared by Messrs. Rendel, Palmer and Tritton for the London County Council, is now, we learn, well advanced and will be presented shortly." [3]

1924 Rendel, Palmer and Tritton prepared a scheme to construct the Takoradi Harbour, and were the consulting engineers.[4]

1942 Engineers for the new Waterloo Bridge which was partially opened in 1942.

c.1982 Engineers for the Thames Barrier