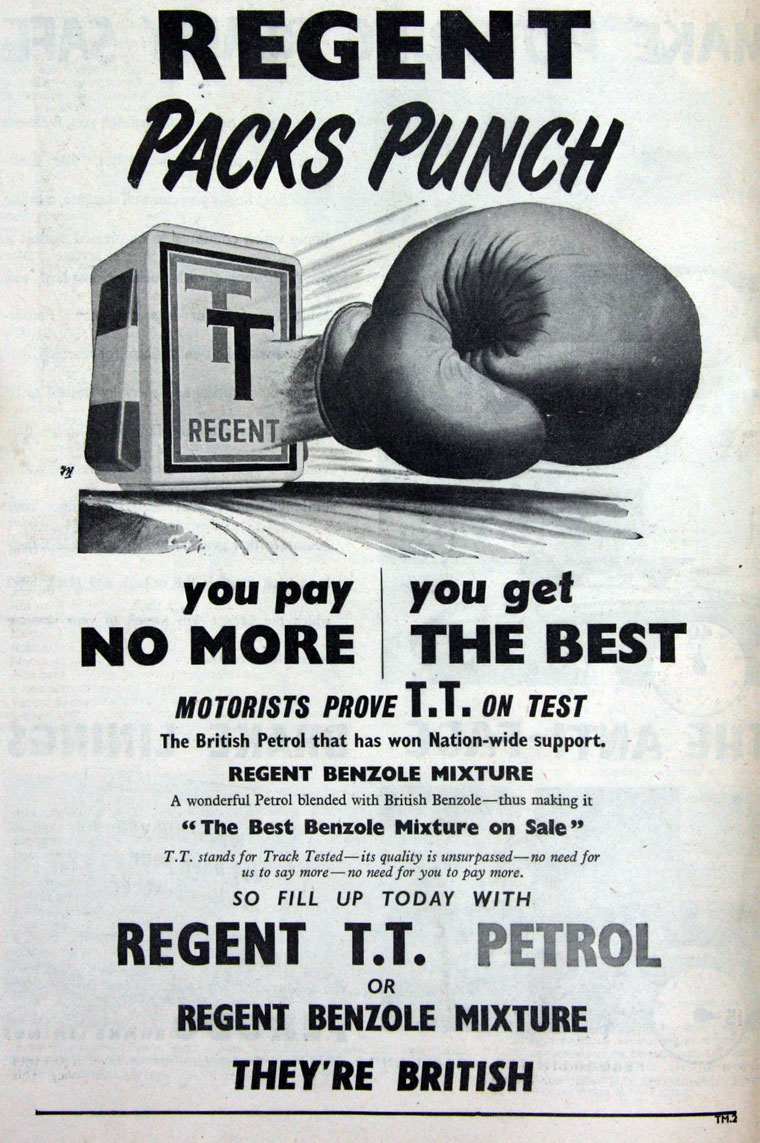 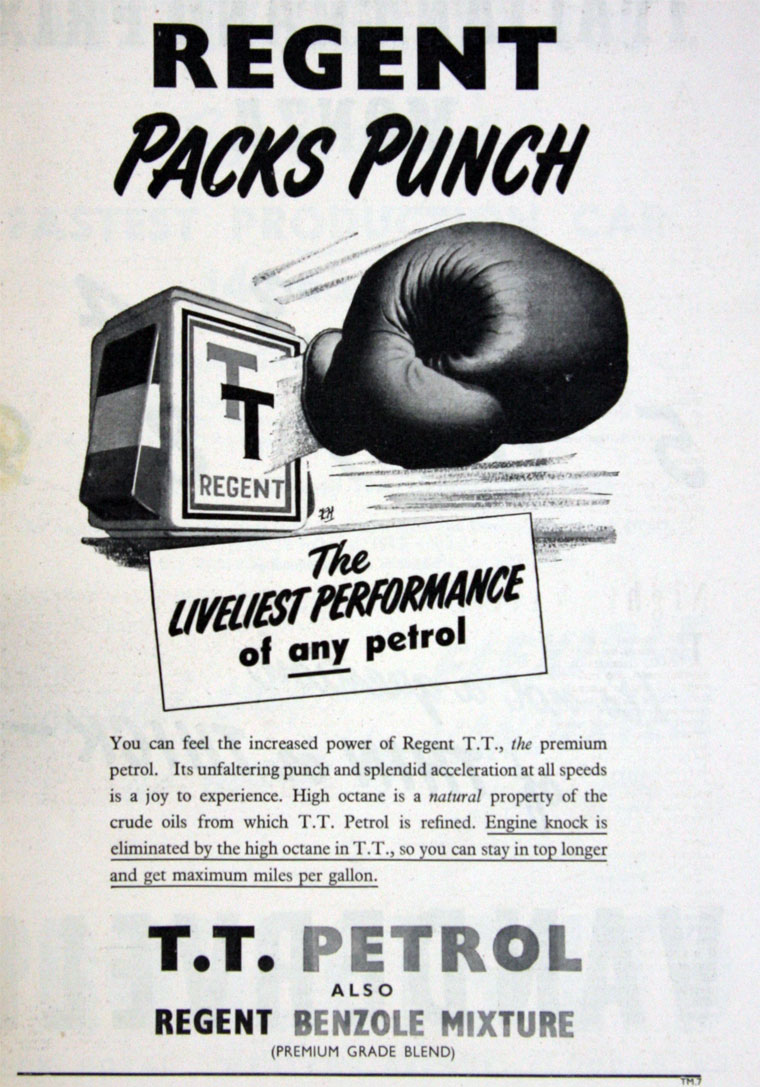 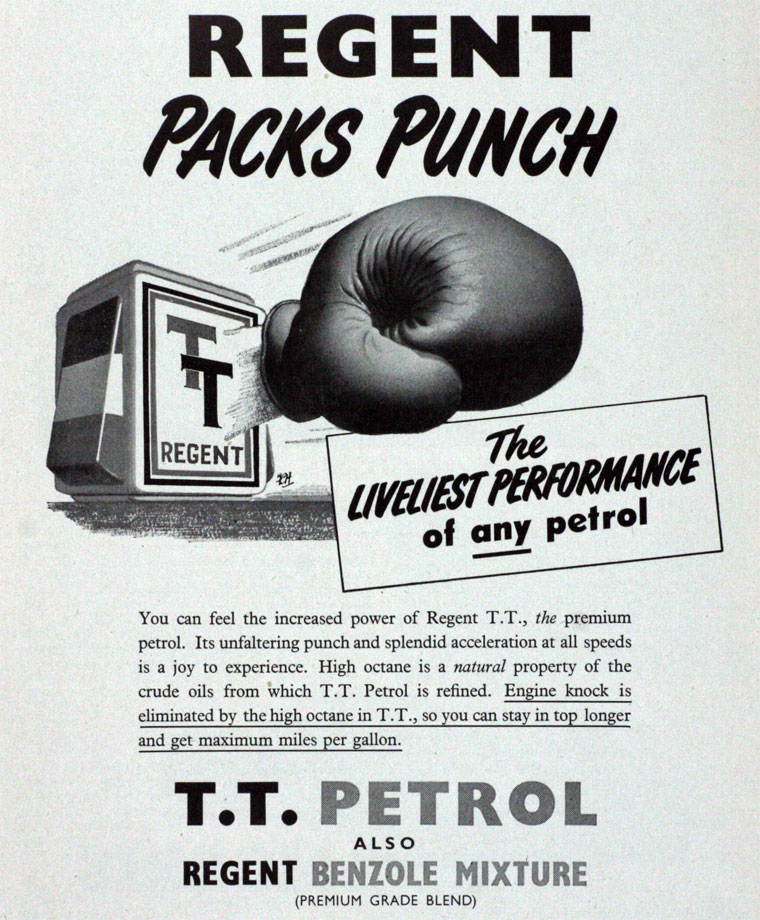 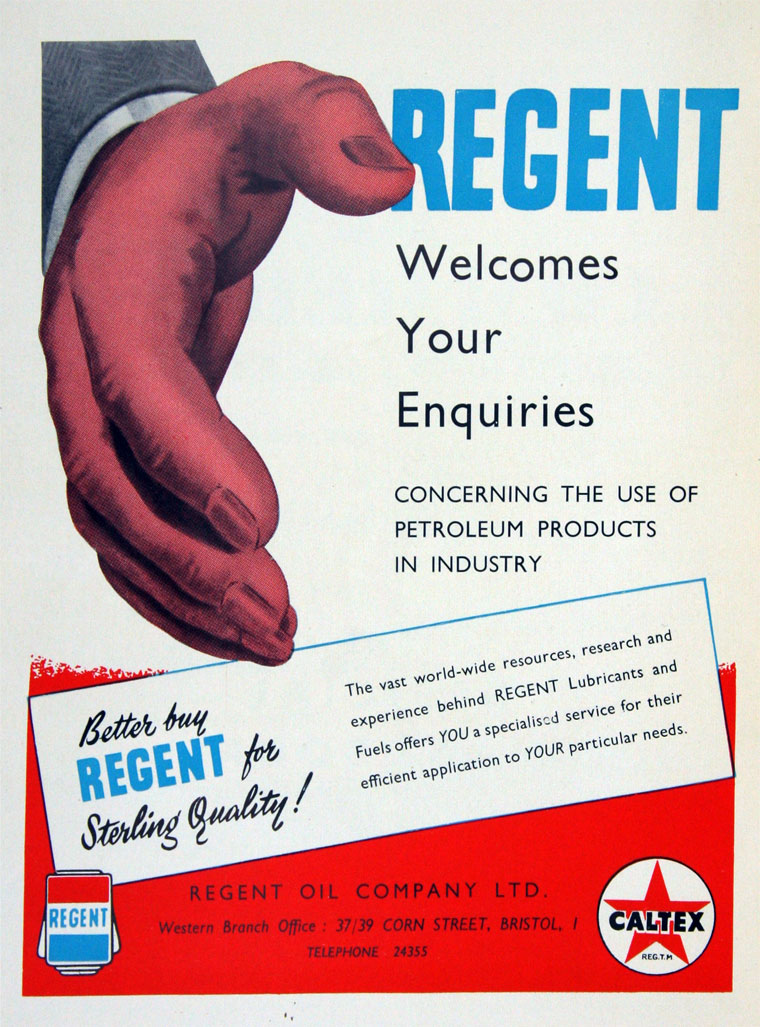 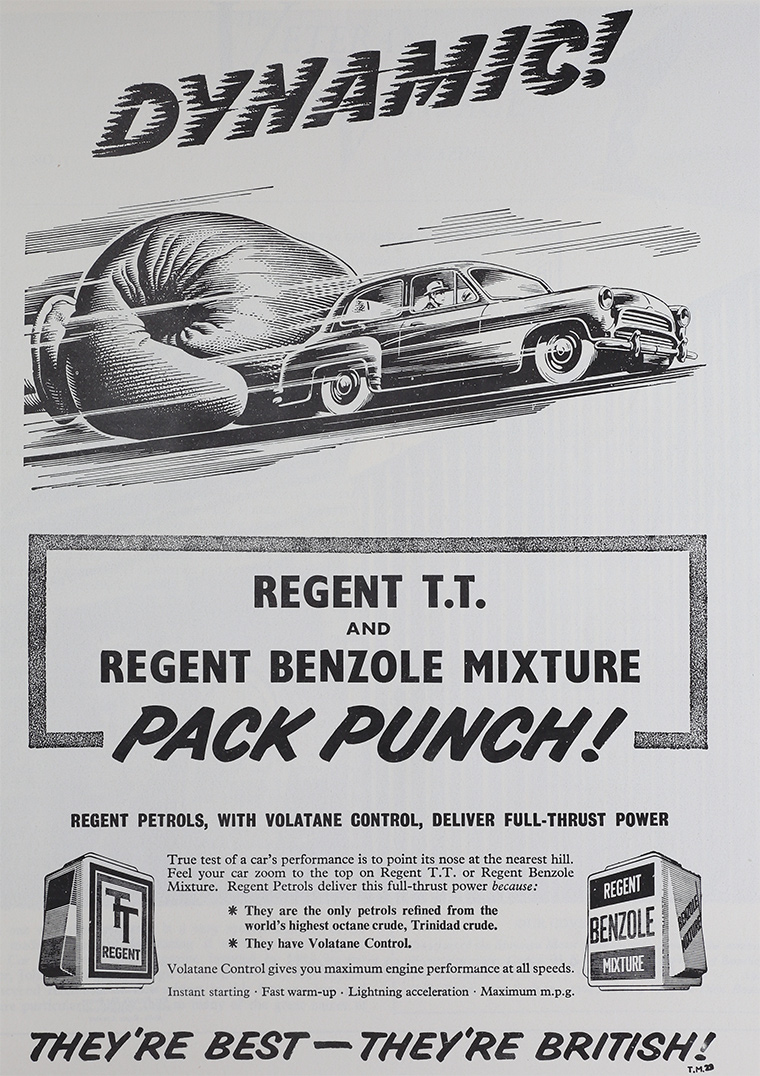 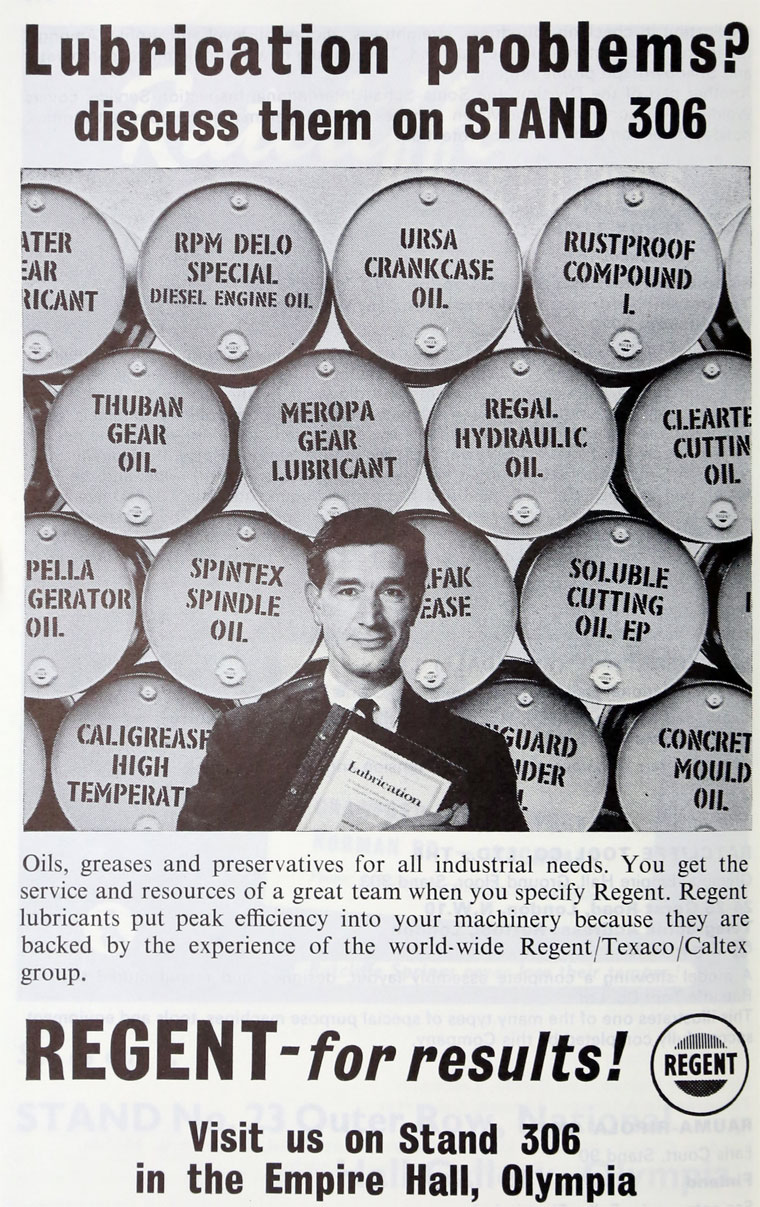 TT Regent and other grades petrol, of Bristol.

1930 Trinidad Leaseholds Ltd., a British company with crude oil concessions in the Caribbean and with its own overseas refinery capacity, entered the United Kingdom market by acquiring the petroleum distribution side of Burt, Boulton and Haywood. Its products would be sold under the Regent Petrol brand, which would be a high grade fuel with natural anti-knock properties[1]. It had

1936 Trinidad Leaseholds Ltd was one of the independent suppliers of petrol who did not join the Independent Petroleum Federation when it was formed. Its Regent brand petrol sold at the same price as the leading brands.

1939 On 3rd September, the Petroleum Board became an executive body under Government direction. All products were sold under a Pool description, the selling price of each product being subject to Government control.

1948 In preparation for the dissolution of the Petroleum Board (in June 1948), Trinidad Leaseholds and the California Texas Corporation (Caltex) established joint marketing arrangements in the UK and Eire through a new company, the Regent Oil Company[2].

1962 Regent, which was jointly owned by Texaco and California Texas Corporation (Caltex)[3], built a refinery at Milford Haven[4]. Regent had the 3rd largest distribution chain in the UK.

1967 Split of Caltex assets in Europe left Texaco with almost all the Regent Oil Co properties in the UK except where there was duplication when the property would become Socal's (Standard Oil Co of California)[5].