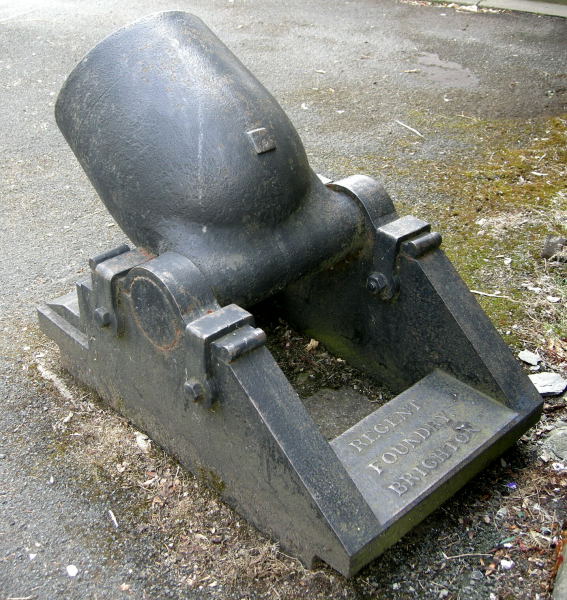 1832 'BRIGHTON, June 14.
A frightful accident occurred at the Regent Foundry here last night. The workmen were casting an oven for the Patent Bread Company, and pouring the liquid metal into a cauldron, which by some means was overbalanced, when,perhaps, two tons weight of the burning liquid fell to the ground. Its collision with the damp sand on the floor occasioned it to fly off in a broad sheet of liquid vivid flame, but descending a second time more condensed, embedded itself in the sand and earth. About forty workmen were engaged at the time, and, what is miraculous, but little serious Injury was sustained. One man only was removed to the care of the surgeons, and his hurts were principally confined to a deeply scorched foot; but the wearing apparel of all presented the devastating marks of the accident. Two ladies, whom curiosity had induced to take peep at the works, suffered also in the latter particular; but beyond that, and the effects of alarm, happily escaped injury. The screams at one time were appalling; but the worst of the occurrence, in which many lives might have been lost, is above described.'[1]