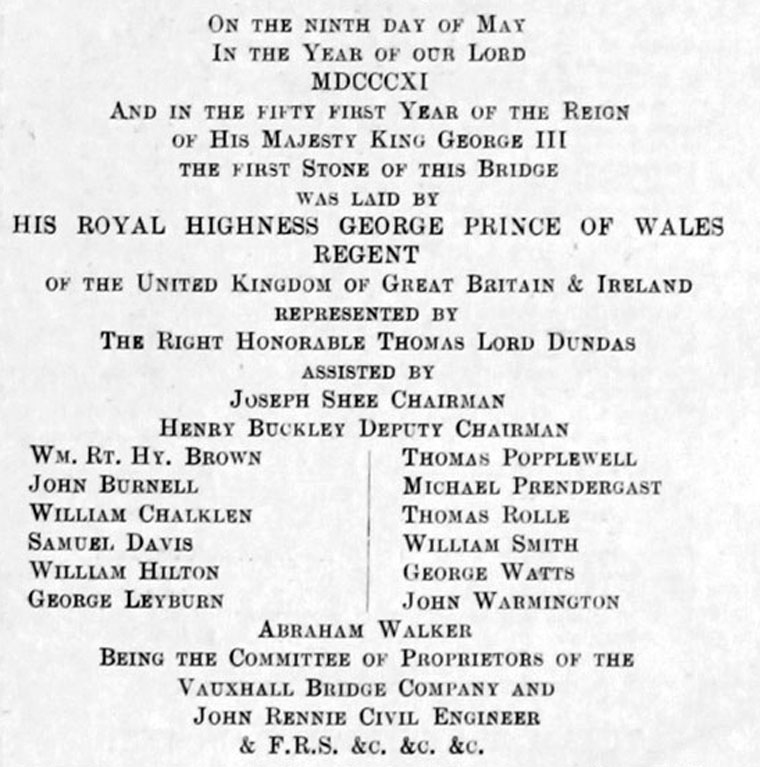 The bridge was built on the site of a former ferry.

Ironwork supplied by the Butterley Co

The bridge crossed the River Thames between Vauxhall on the south bank and Pimlico on the north bank, it was built between 1809 and 1816 as part of a scheme for redeveloping the south bank of the Thames.