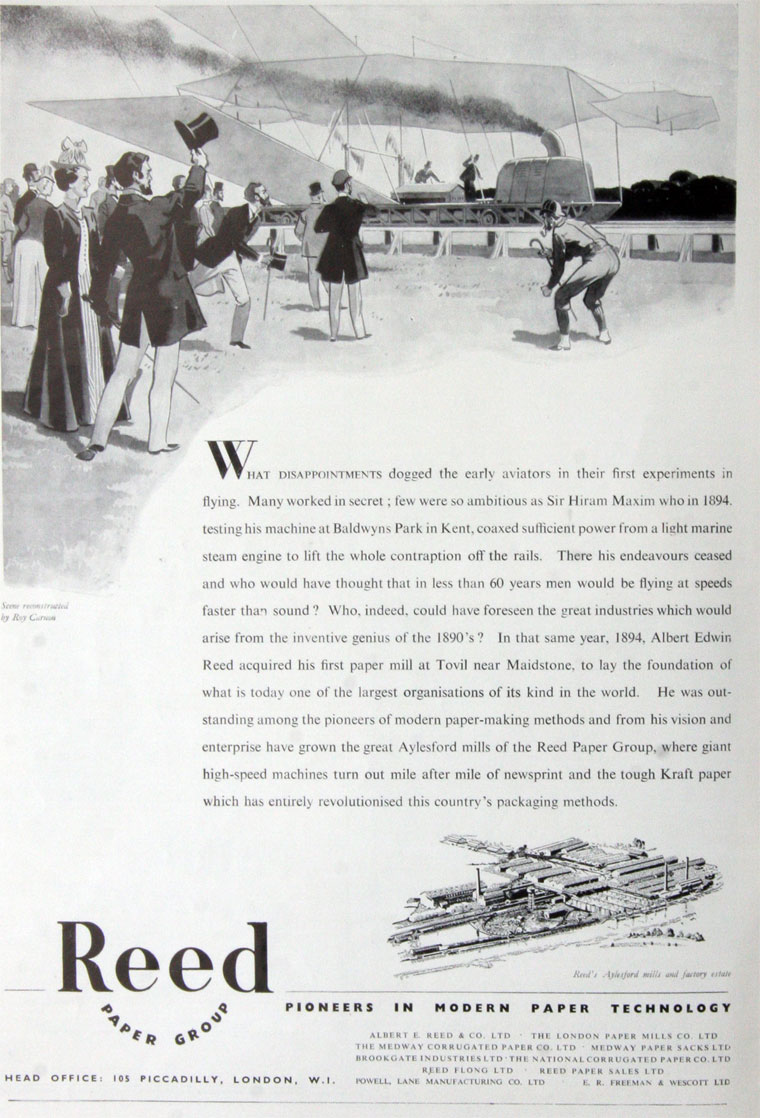 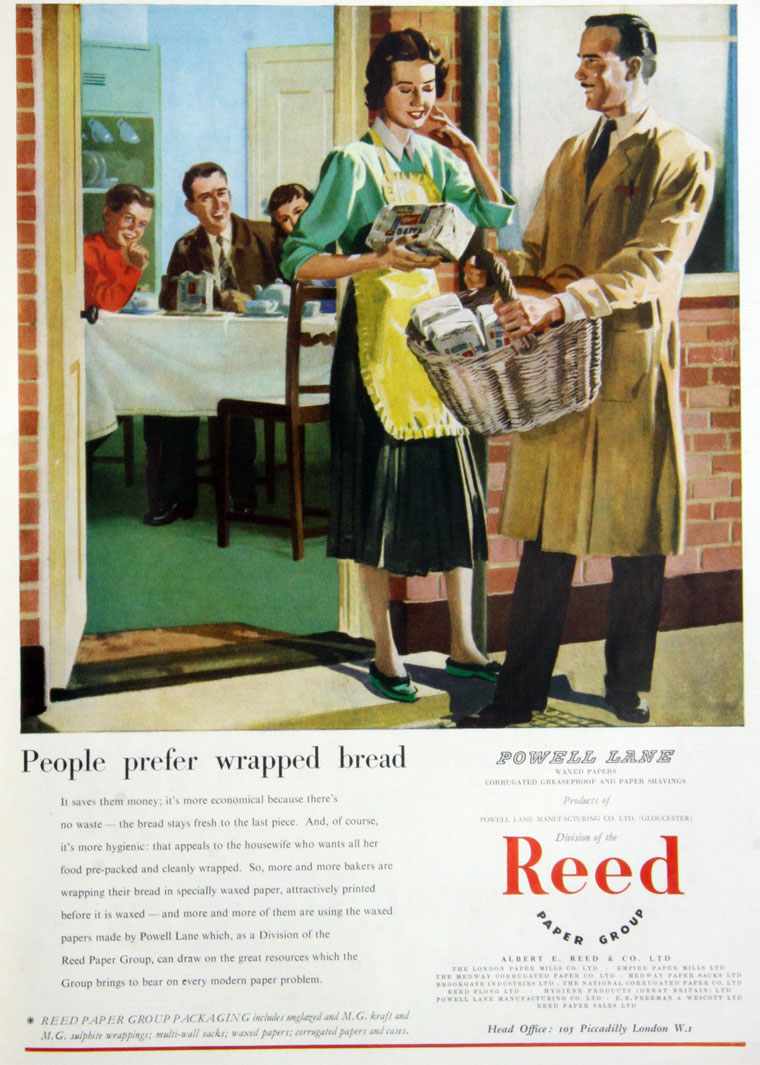 Through numerous acquisitions and mergers Albert E. Reed expanded into a wide variety of business activities ranging from paper and packaging, manufacture of building and decorative products and the publishing of newspapers, books and magazines.

1954 Acquired Thompson and Norris Manufacturing Co, and Sun Paper Mill Co of Blackburn which supplied most of its output to Thompson's[1]. Reed became the largest supplier of corrugated boxes in the UK; developed weather-proof fibreboard and exclusive linen-grain and coloured finishes to give the cases value in retail display[2]

1956 Acquired Holoplast Ltd, whose factory was on Reed's Aylesford site[3]

1961 Continuing to diversify its product ranges, Reed established a joint venture, Aerlan, with Lantor to research methods of making non-woven fabrics, for use as inter-linings in clothing, using paper-making techniques to speed up production[4].

1965 Acquired Wall Paper Manufacturers[7] which became part of a newly formed Decorative Products Division together with Crown and later Polycell. International Publishing Corporation's holding in the company reduced to 28.5 percent[8]

1970 Hoechst bought Berger, Jenson and Nicholson in association with Reeds[11]

1987/8 Completed the disposal of all the manufacturing operations.