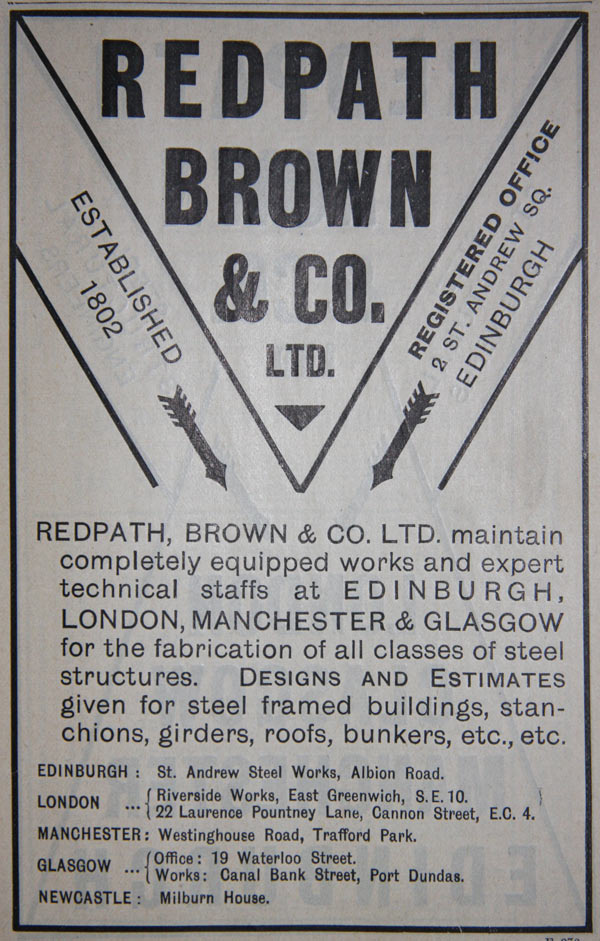 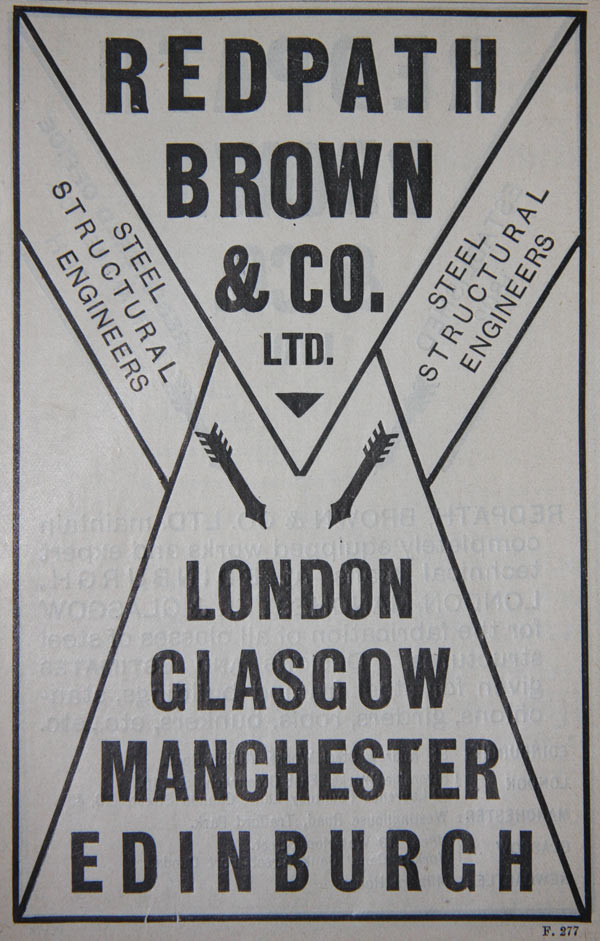 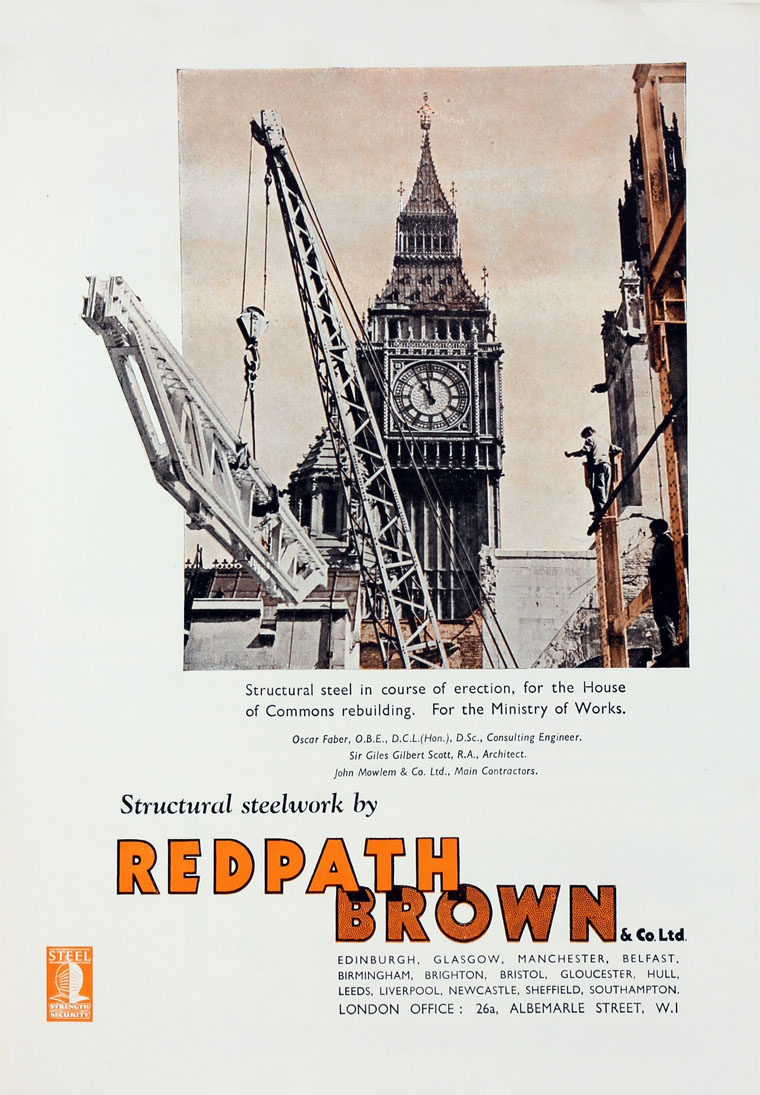 of Edinburgh and London

1820 the style of the firm was altered to Redpath, Brown and Company, when Mr. James Marshall was made a partner.

1854 A. Wylie ceased to be a Partner in the Firm of REDPATH, BROWN, & CO., Iron Merchants and Ironmongers in Edinburgh and Leith[1]

1880 Opened a department for iron constructional work such as beams and roof trusses.

1880 John Cowan was the sole partner.

1886 made some steel joist compound girders, the first in Scotland.

1896 Public company. The company was registered on 15 October, to acquire the business of iron and steel merchants of the firm of the same name. [4]

1896 Acquired site for the St. Andrew Steel Works in Edinburgh.

1923 Bolckow, Vaughan and Co acquired an "important interest" in Redpath, Brown and Co, makers of structural steel, with works in London, Manchester, Edinburgh, Glasgow[6], in order to secure an outlet for finished steel[7].

1954 Dorman Long and Company became a holding company on 2 October. The Holding and Realization Agency sold all of the shares in the company to the public[9].

1956 The AGM of Dorman, Long and Co was told about the performance of the main subsidiary companies[10] including Redpath Brown constructional works at Edinburgh and Glasgow and East Greenwich