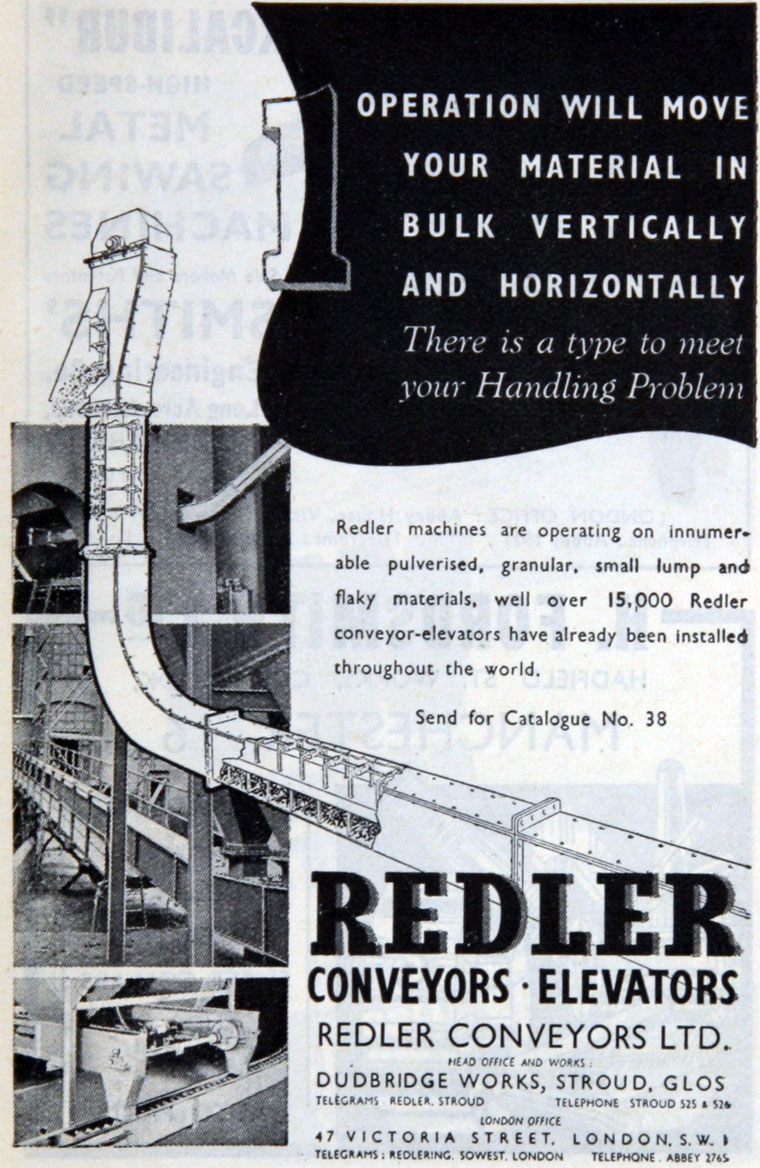 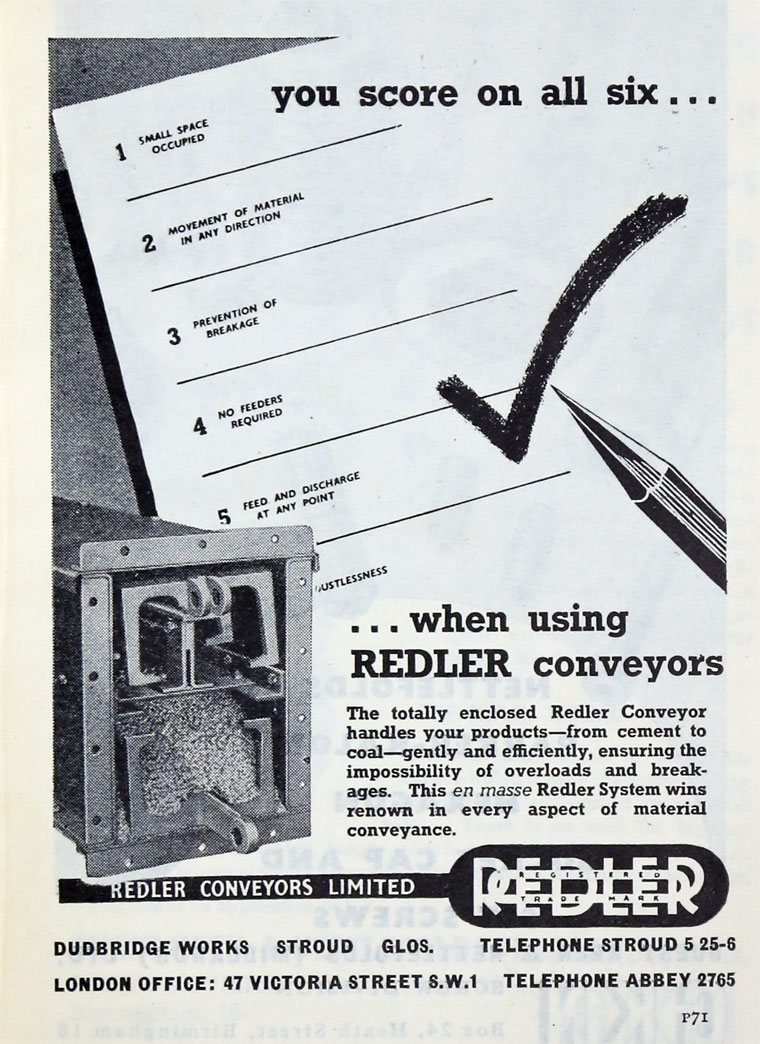 1919 Arnold Redler began experiments in handling grain and in the following year he produced a machine which was the forerunner of the STOCK REDLER Handling System. Due to an increase in work, Arnold Redler decided to look for larger premises.

1920 The "STOCK REDLER" system of conveying and elevating bulk materials was designed and patented by the founder of the Company, Arnold Redler, in 1920 when he was 45 years old.

1932 he decided to purchase the Apperley and Curtis Cloth Mill at Dudbridge and turn it into an Engineering Works. It took some time to get production underway, but after some minor setbacks, all was remedied.

Over the years the system of materials handling that Arnold Redler invented has been increasingly developed and expanded and is now used by many process industries throughout the world.

By 1967 was owned by Cozens and Sutcliffe (Holdings) who sold the company to J. Brockhouse and Co[3]