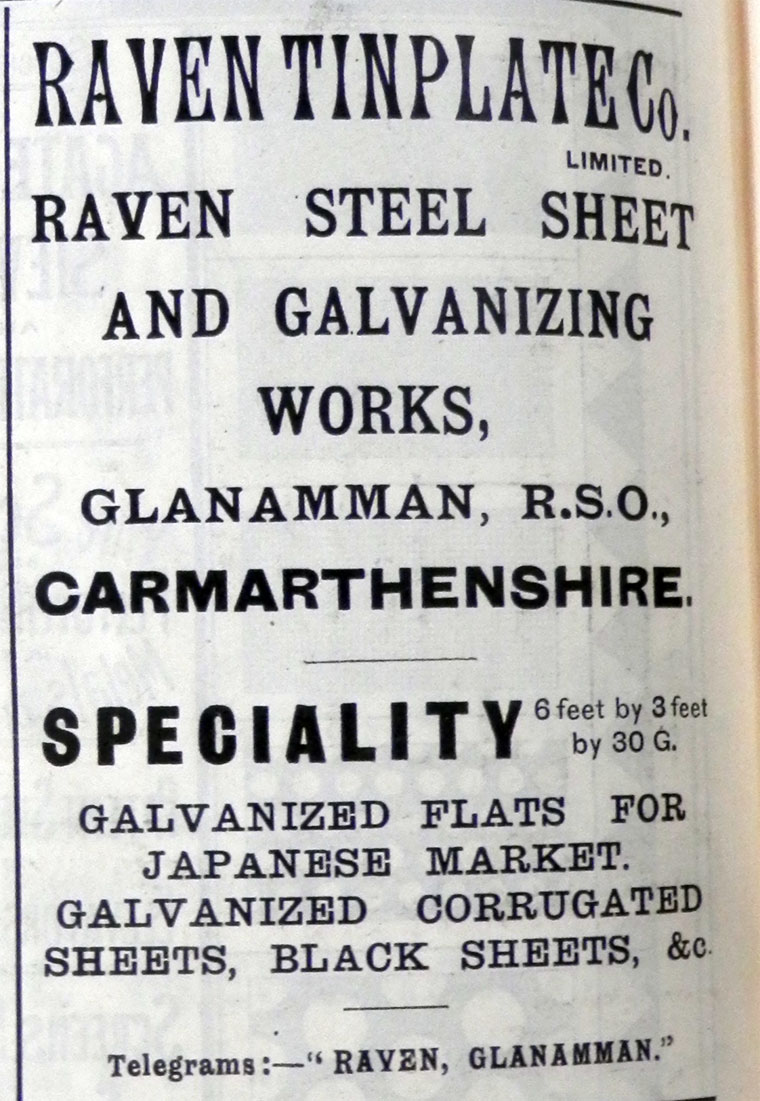 1881 The works were started in February, by Messrs H. Rees, D. Morris and others, as the Glannamon Tin Plate Co, the works having been erected by Mr David Richards (who in partnership with James Jones, purchased the Dynevor Tinplate Works in August 1881)

1895 They ceased trading in August, at which time the plant comprised 4 mills. In October, The Raven Tin Plate Co was registered with £20,000 Capital and converted into a galvanised sheet works.

1913 The share capital was purchased by the Grovesend Steel and Tinplate Co.

1939 In June, The Raven Tinplate Co ceased to trade as a separate company and was voluntarily wound up[1]; the assets were transferred to the Grovesend Steel and Tinplate Co.

1941 Premises were requisitioned by The Ministry of Supply for storage purposes.

1948 The buildings and freehold site were offered for sale, the machinery and plant having been removed previously.