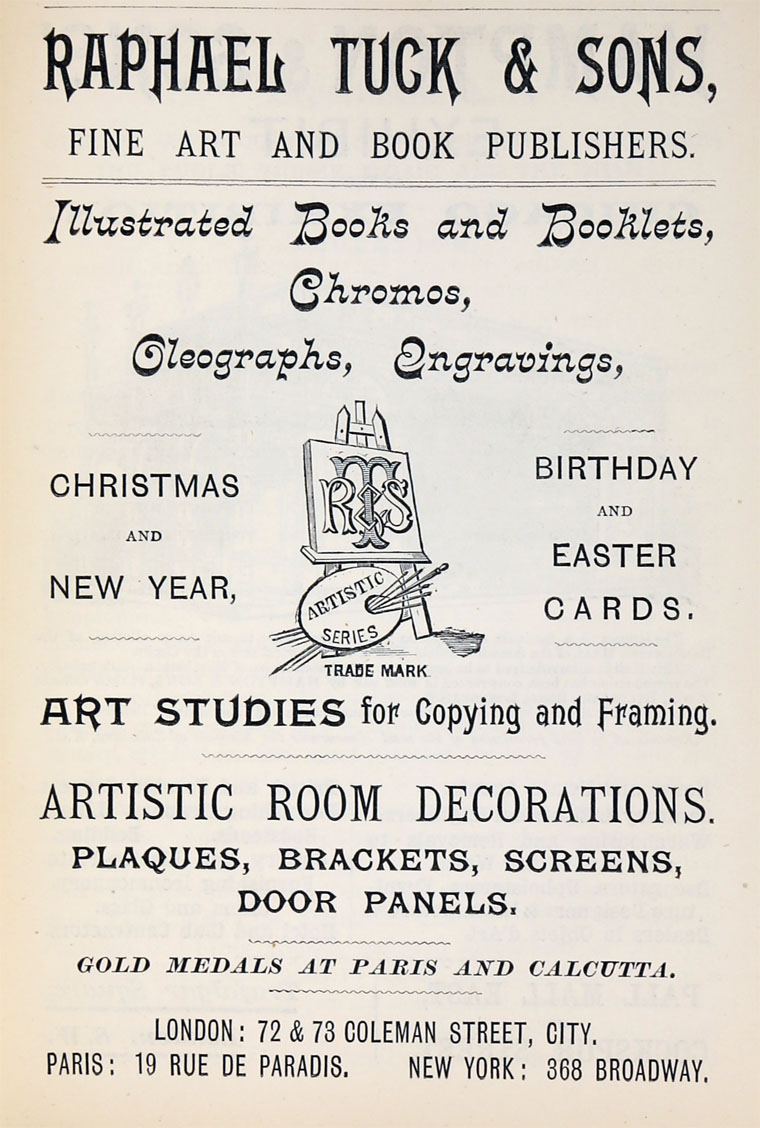 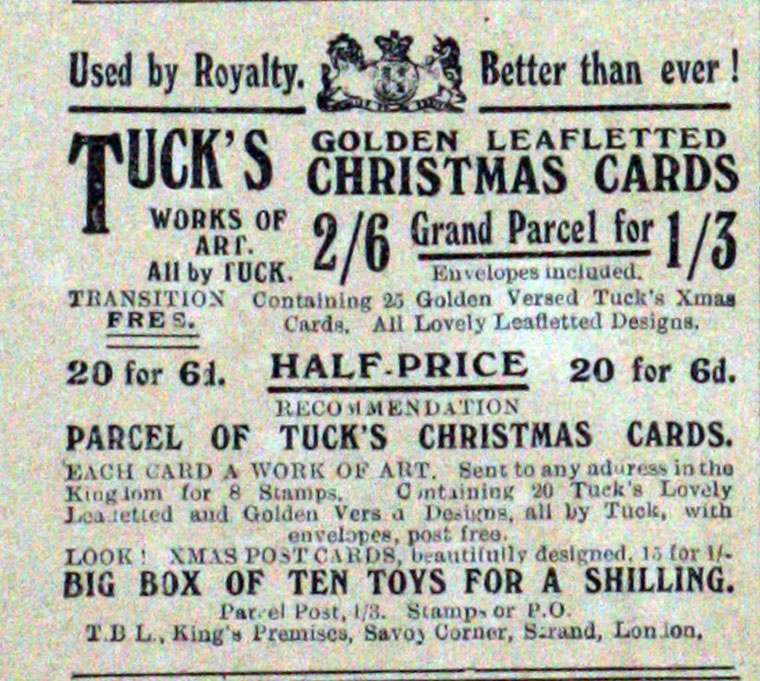 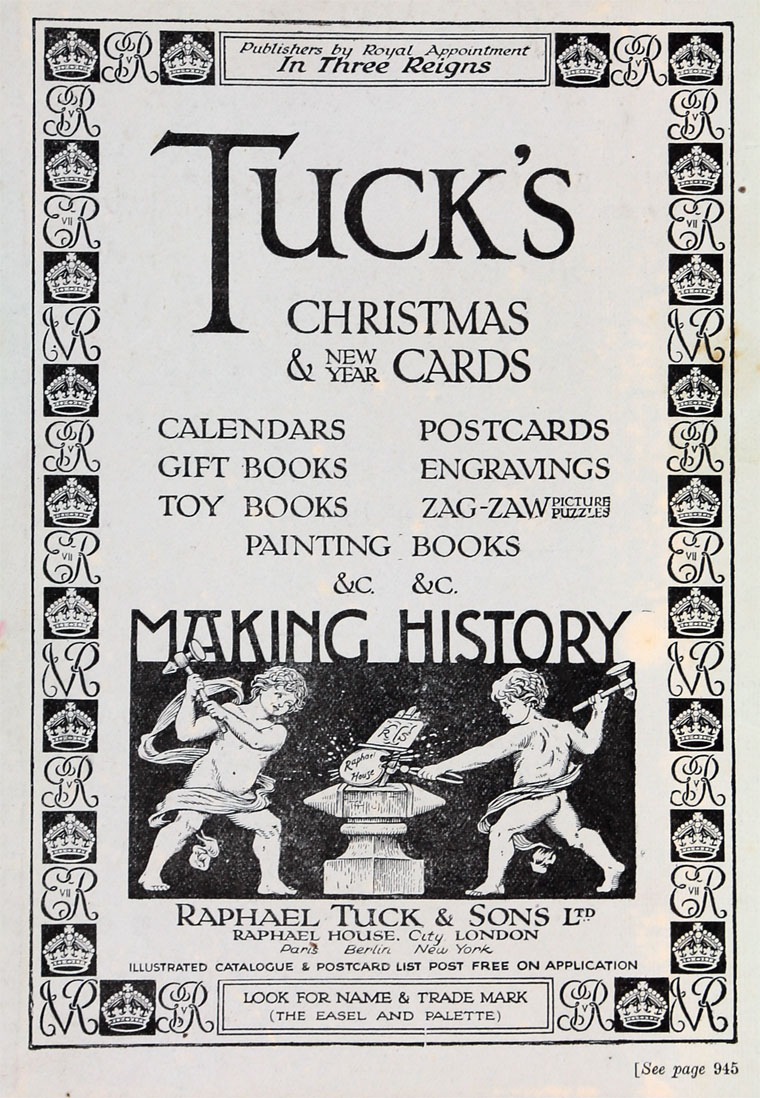 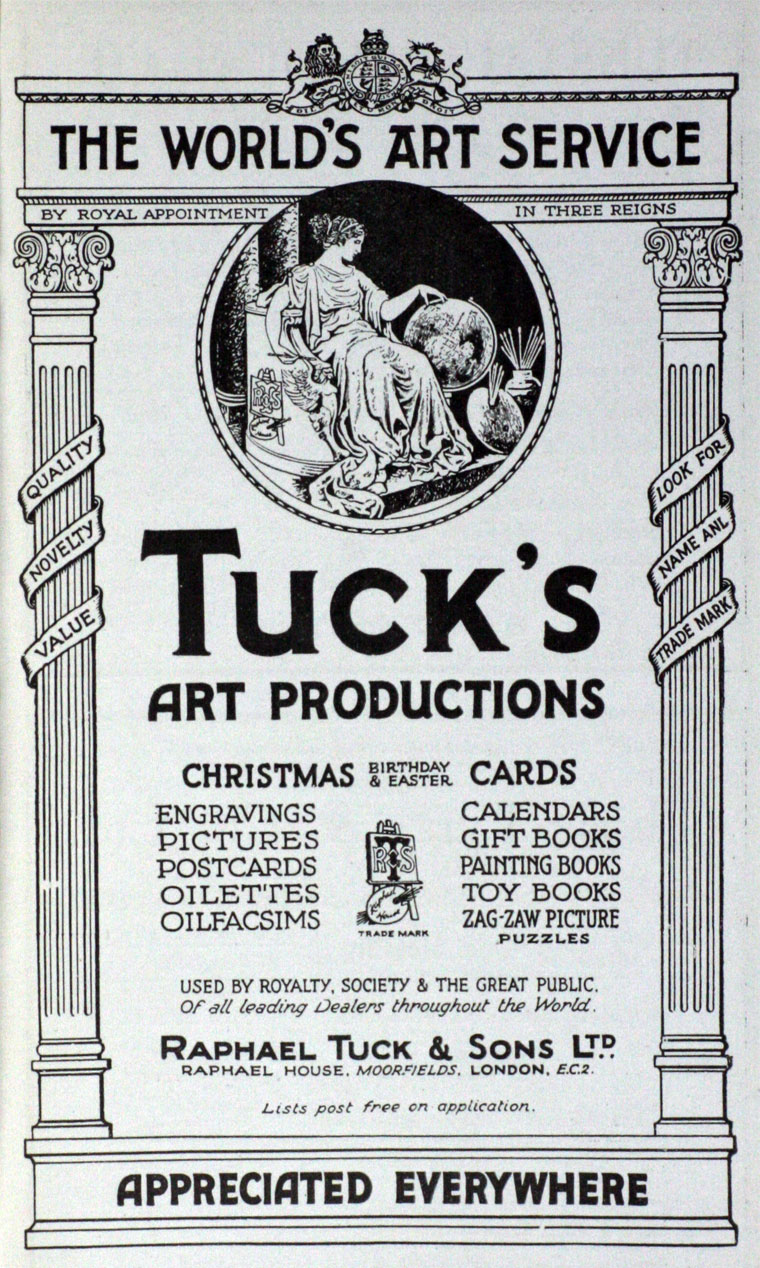 1945. Christmas Greetings from the Rhine.

1865 He arrived in England with his wife and seven children.

1870 The picture side began to expand when three of his sons joined the business which developed into importing and publishing.

1871 The first Christmas Cards were published.

1881 Adolph Tuck succeeded his father Raphael as managing director of the company.

1886 He opened a furniture and picture framing shop. Raphael Tuck and Sons Ltd were recognised as leaders in the field of quality publishing, with their fine range of embossed scraps, greeting cards, calendars and books.

1893 The firm's lead in fine art publishing was duly rewarded with the Royal Warrant by Appointment to Her Majesty Queen Victoria, a distinction they continued to win until Queen Elizabeth II ascended the throne.

1899 Adolph was one of the chief campaigners for the full size postcard 5.5 x 3.5 inches, the Post Office specified that cards should be no larger than 4.5 x 3.5 inches. Tuck produced the first larger view cards in November 1899 when the Post Office relented and allowed full size cards to be posted in Great Britain, and with the newly erected Raphael House, Moorfields, London and premises in New York and Paris, Tuck were in a strong position to exploit this new market.

1901 The company was registered on 29 October, to take over the business of fine art and book publishers, of London and Paris, of a company of the same name. [1]

1902 The final change to the postcard happened in the first half of 1902 when the address and message were allowed to be printed on the back of the card (split back) leaving the maximum area for artist drawn and photographic view pictures to appear on the front.

1904 Raphael Tuck had 15,000 postcard designs in print, Henry Wimbush is credited with supplying 815 original water colours which were published as Tuck cards.

1940 On 29 December, in one of the worst air raids of the war, Raphael House was destroyed, and all the records of its postcards, together with many originals, were lost for ever.