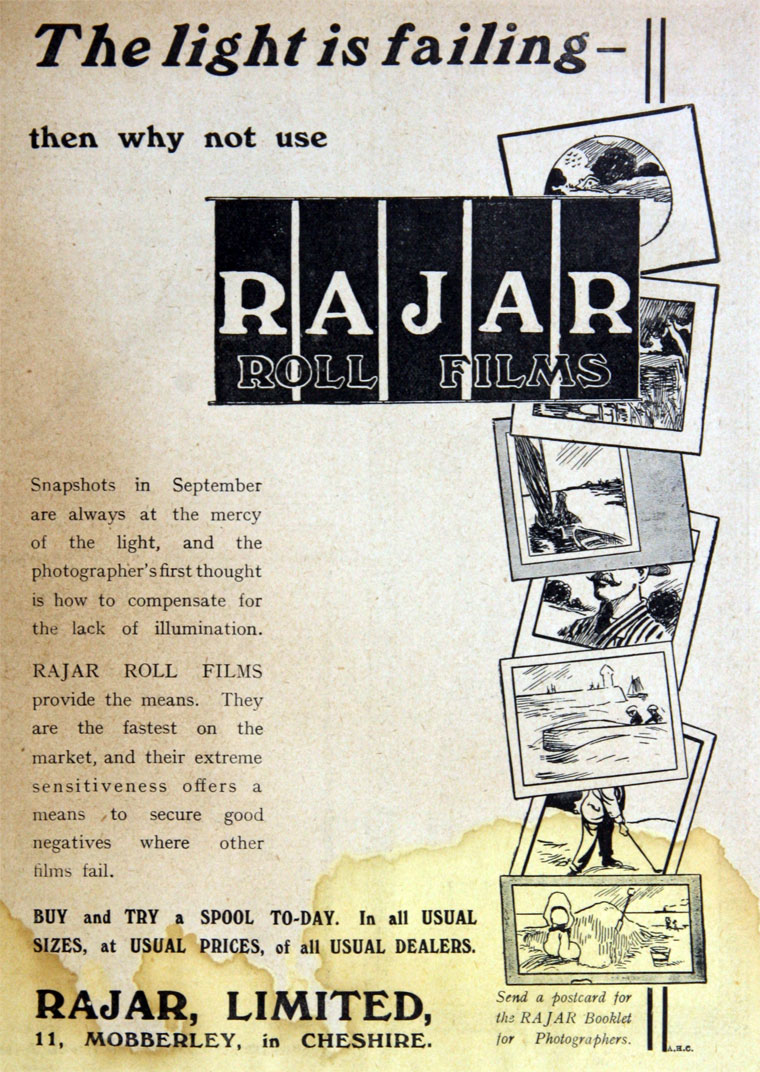 1903 The Rajar Building was constructed for the Rajar Camera and Photographic Company to allow their works to be relocated from Liverpool; this building later became part of the Ilford Printworks.

When Ilford downsized the factory and made way for a housing development, the Rajar Building was donated to the village of Mobberley.