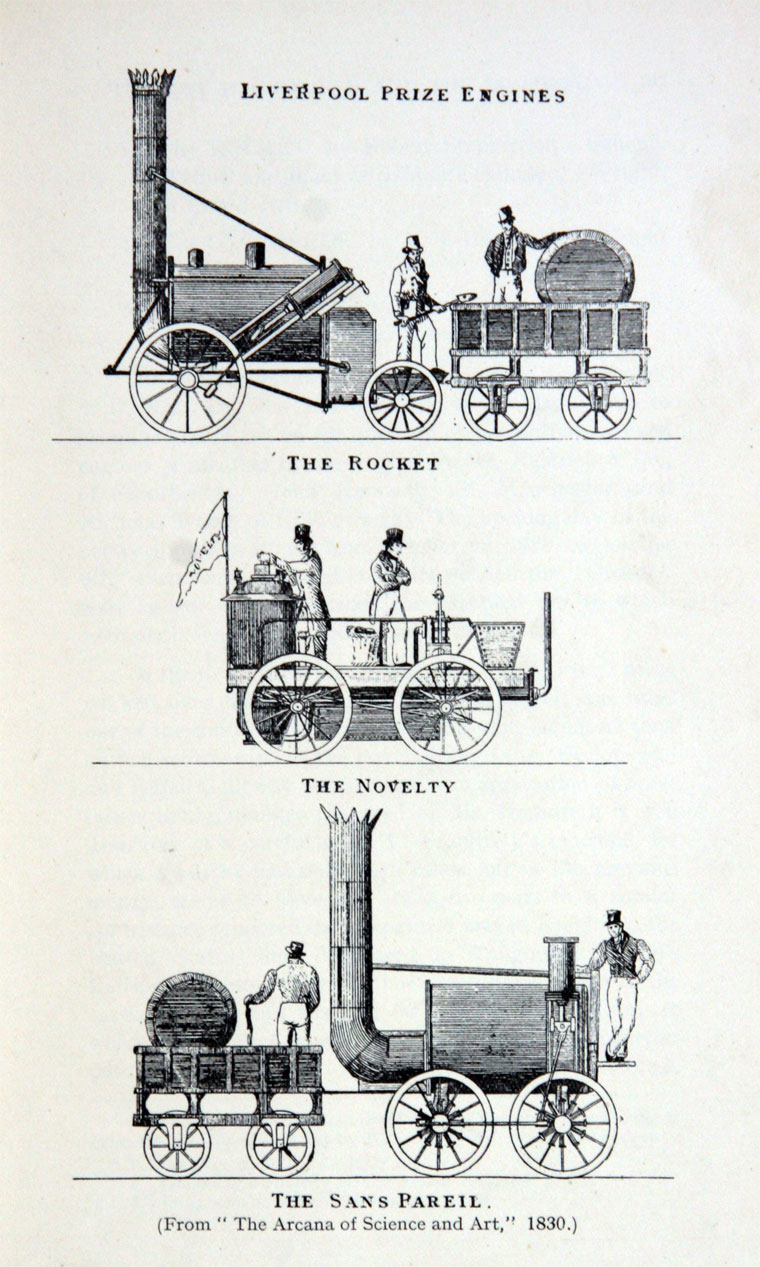 The Rainhill Trials were an important competition in the early days of steam locomotive railways, run in October of 1829 near Rainhill, St. Helens (between Liverpool and Manchester).

When the Liverpool and Manchester Railway was approaching completion, the directors of the railway ran a competition to decide whether stationary steam engines or locomotives would be used to pull the trains. The Rainhill Trials were arranged as an open contest that would let them see all the locomotive candidates in action, with the choice to follow. Regardless of whether or not locomotives were settled upon, a prize of £500 was offered to the winner of the trials.

Locomotives that were entered were to be subjected to a variety of tests and conditions. These were amended at various points, but were eventually nailed down to:

Ten locomotives were entered, but on the day the competition began, 6 October 1829, only five locomotives actually began the tests:

The locomotives were run two or three per day, and several tests for each locomotive were performed over the course of several days. The Rainhill stretch of the Railway was dead level for a mile or so: a perfect site for the Trials.

Modern replica of the trials

In a recent (2002) re-staging of the Rainhill Trials using replica engines, neither Sans Pareil (11 out of 20 runs) or Novelty (10 out of 20 runs) completed the course. In calculating the speeds and fuel efficiencies, it was found that Rocket would still have won fair and square, since its relatively modern technology made it a much more reliable locomotive than the others. Novelty almost matched it in terms of efficiency, but its firebox design caused it to gradually slow to a halt due to a build up of molten ash (called "clinker") cutting off the air supply. The re-staged trials were run over a section of line in Llangollen, Wales, and were the subject of a BBC Timewatch documentary.

This re-staging should not be taken as accurate as there were major compromises made for television and because of the differences in crew experience, the fuel used, the modifications made to the replicas for modern safety rules, modern construction methods, and following operating experience. Sensible comparisons were made between the engines only after calculations took into account the differences.

None of the replicas was without major differences from the 1829 original.