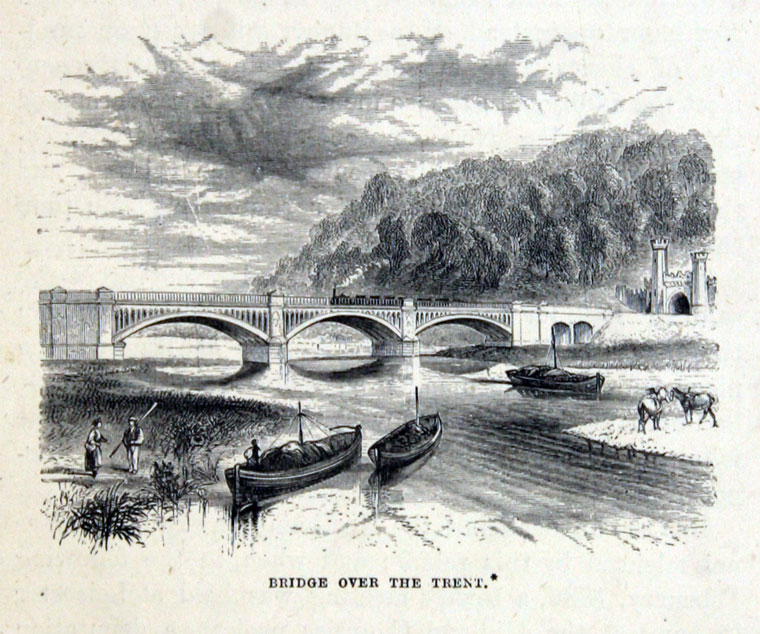 1839 An arched railway bridge was erected across the River Trent. It was designed and constructed by Charles B. Vignoles for the Midland Counties Railway. It consisted of three spans of 100ft., each formed of cast iron arched ribs, cast in three segments and bolted together.

c.1872 Much of the railway line from Leicester to Nottingham was doubled, from 2 tracks to 4, but the cost of building another tunnel at Redhill and crossing the river was initially too much for the Midland Railway