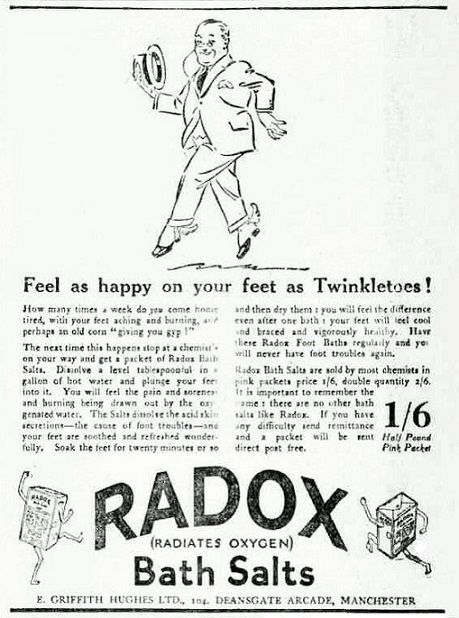 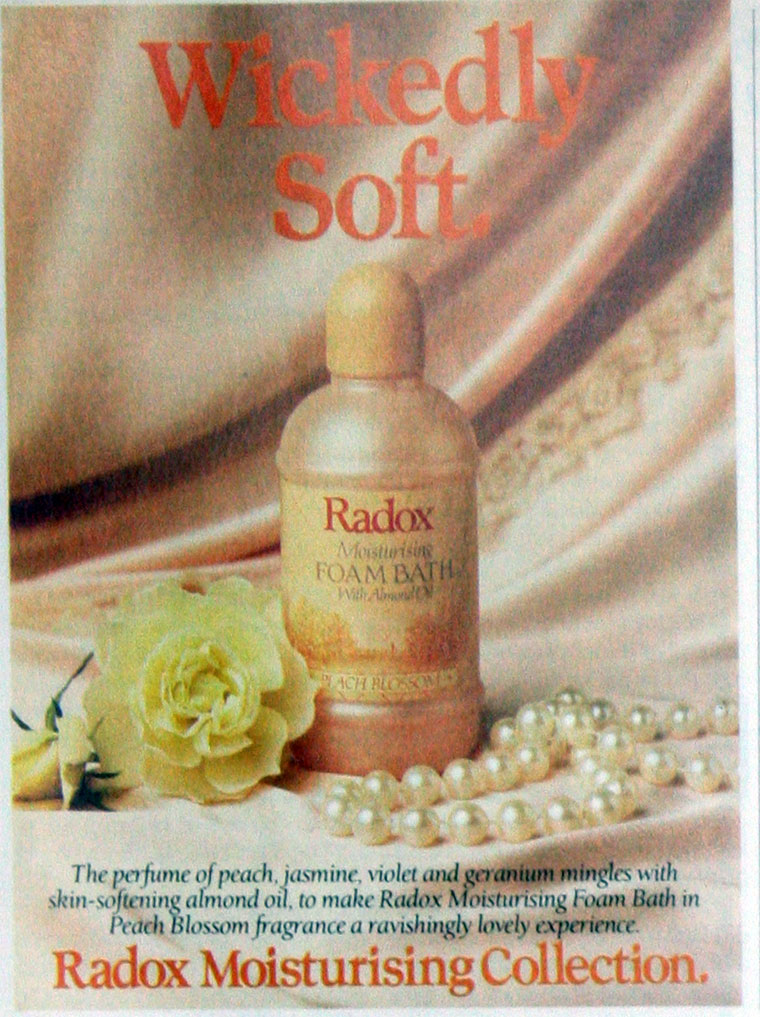 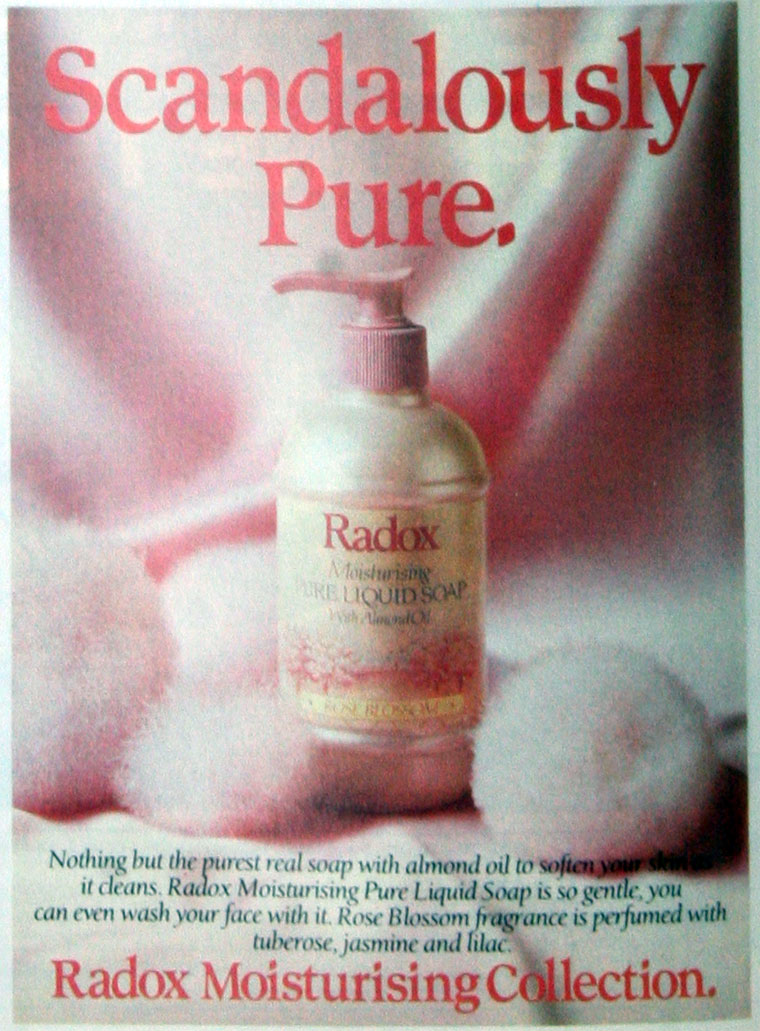 Radox is a brand of herbal bubble bath and shower gels available in the United Kingdom, Ireland, Czech Republic and Australia. It comes in both bath salt and liquid form.

1970s Radox Shower was launched. It was the first shower gel to include a hanging hook for hanging in the shower.