Grace's Guide is the leading source of historical information on industry and manufacturing in Britain. This web publication contains 146,035 pages of information and 231,556 images on early companies, their products and the people who designed and built them. 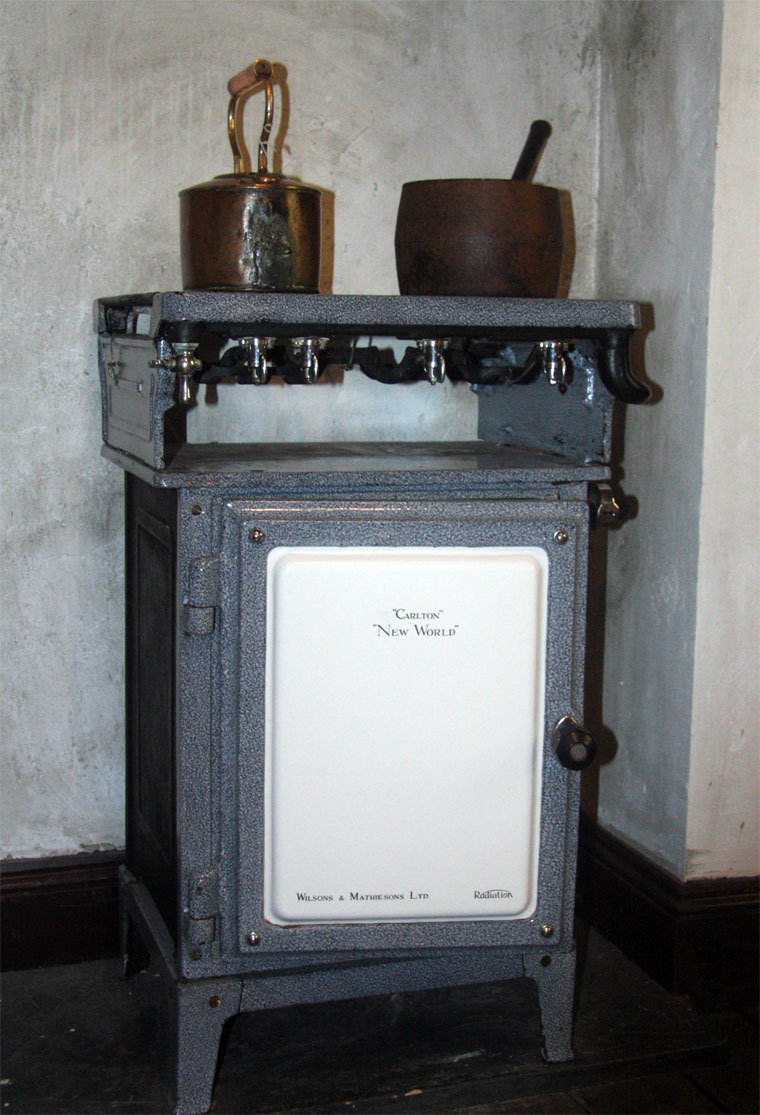 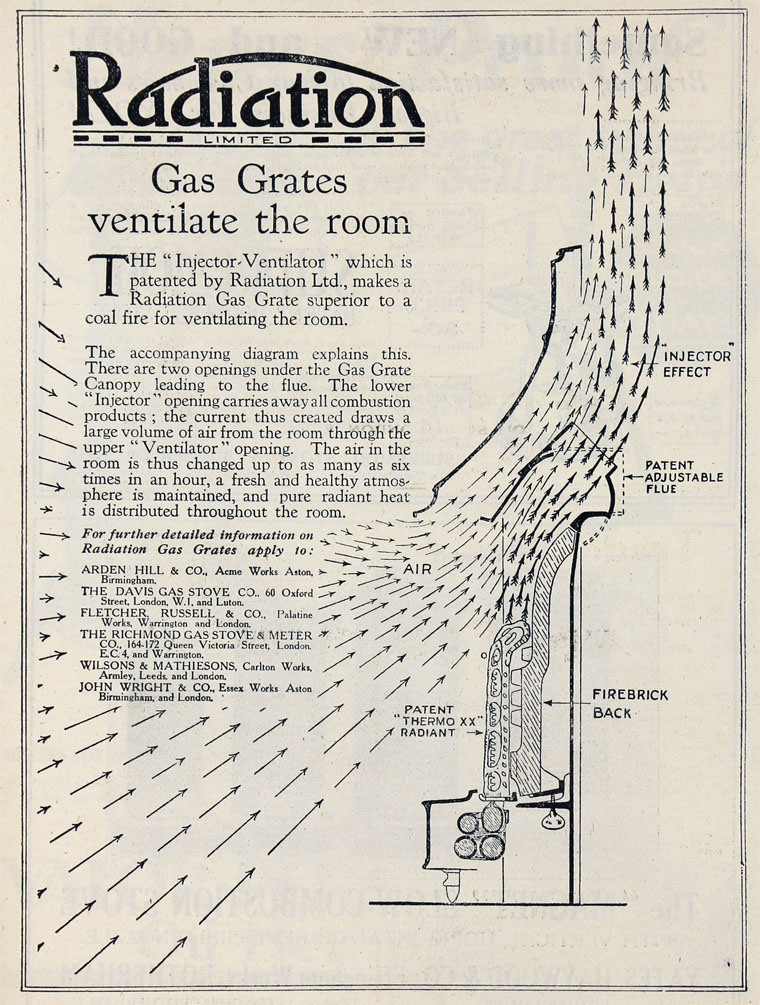 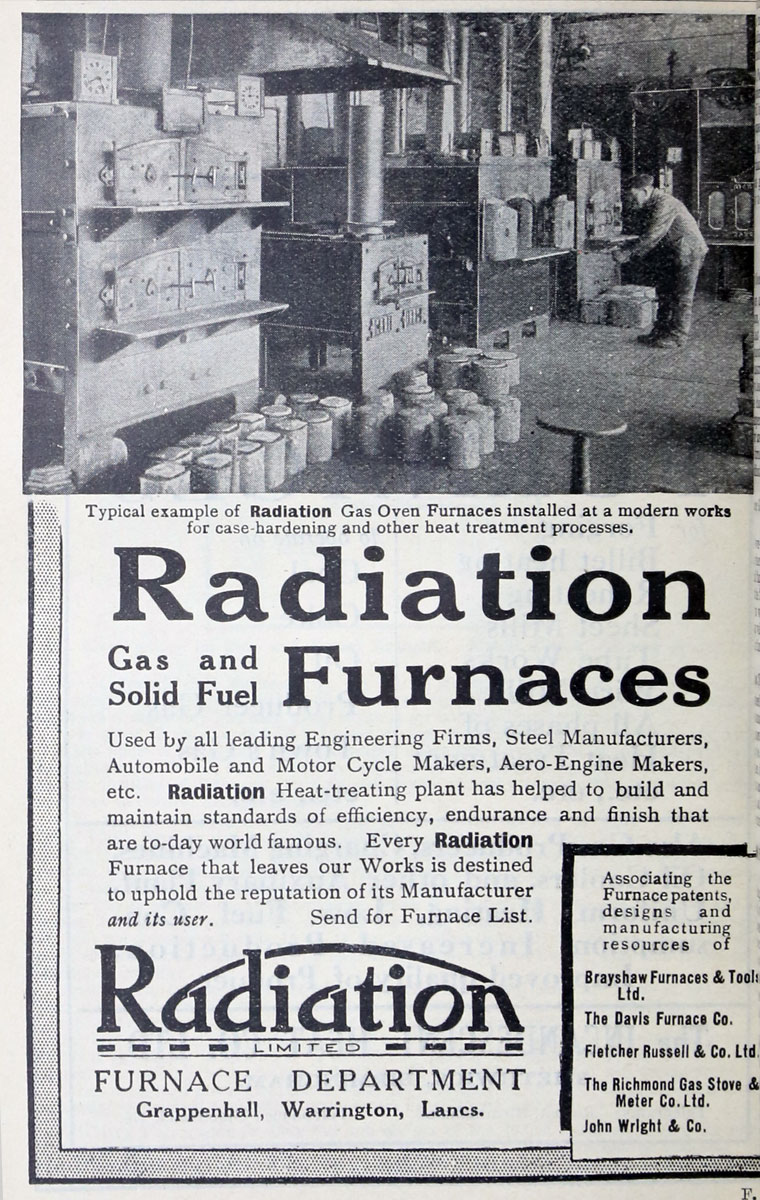 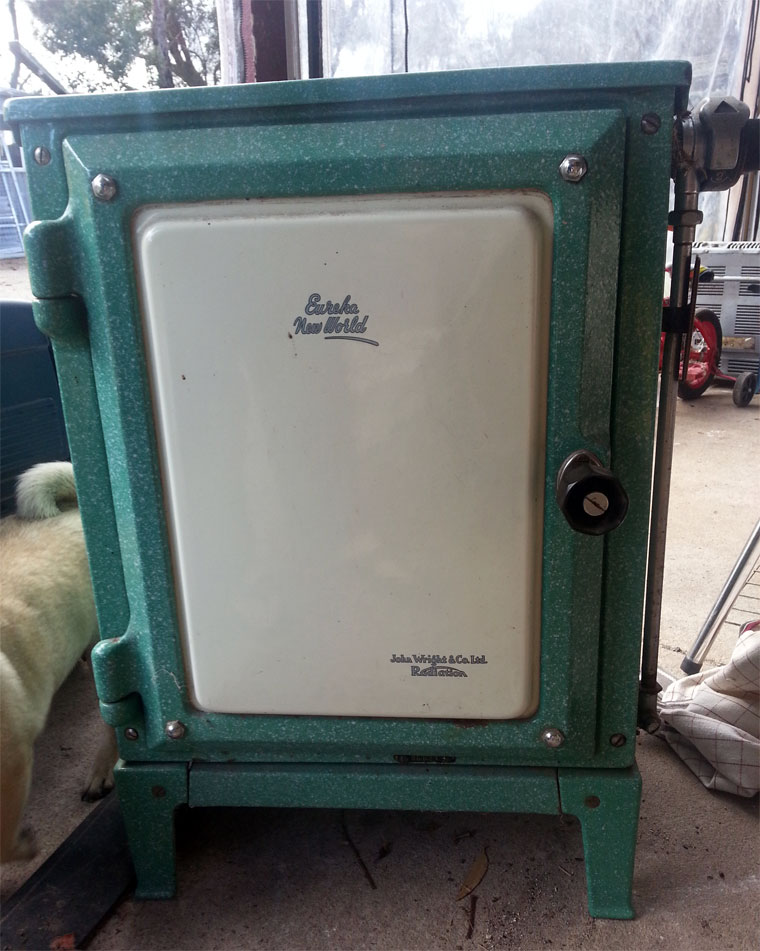 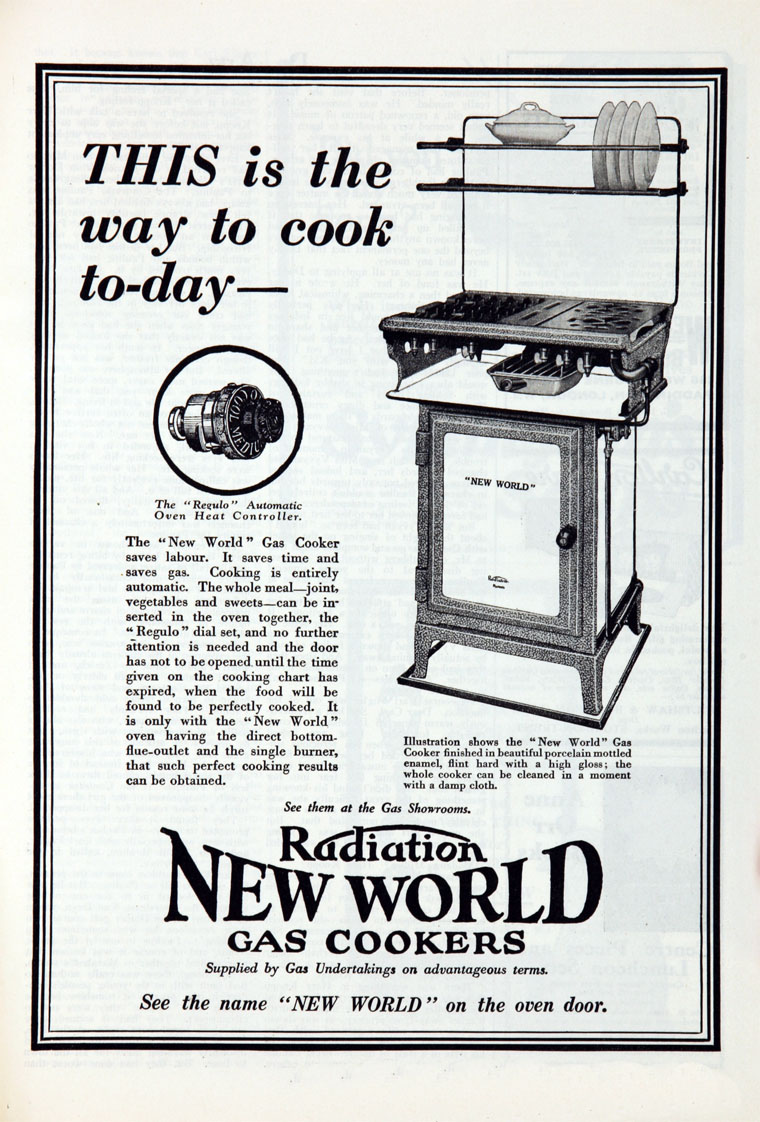 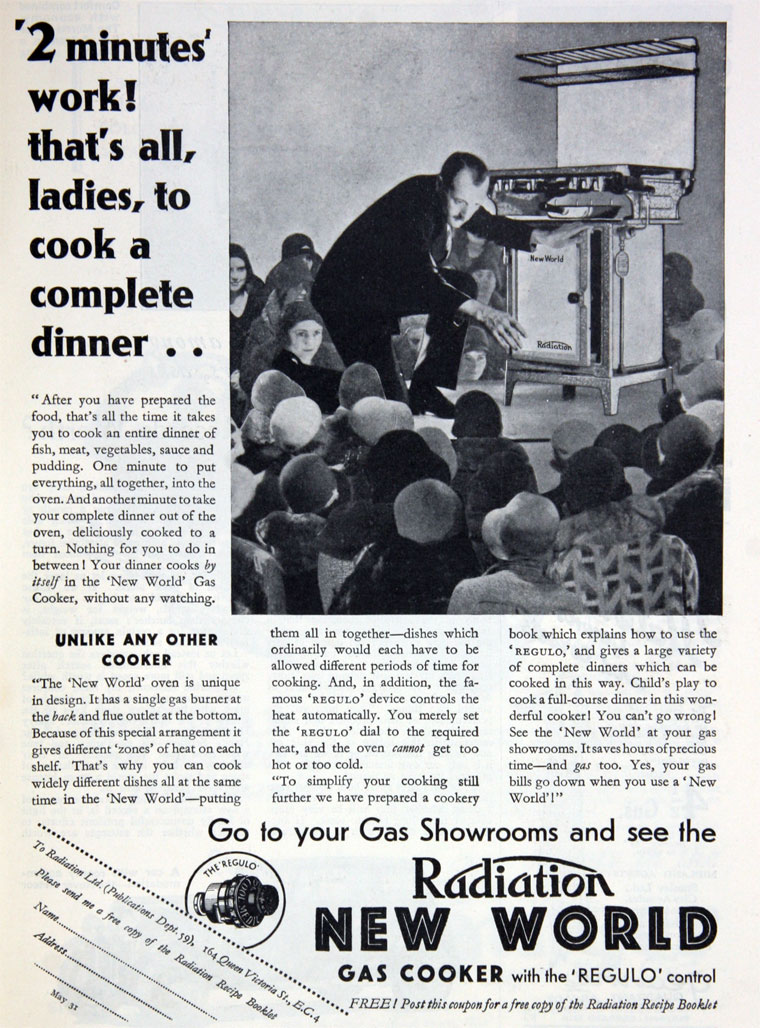 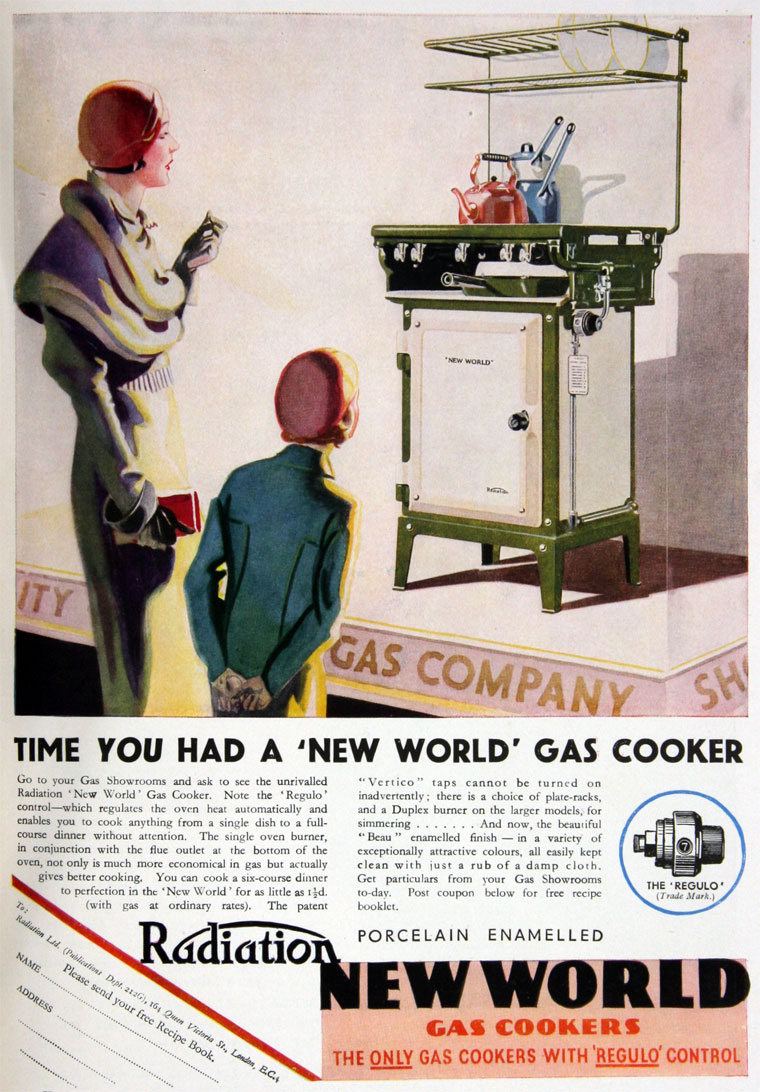 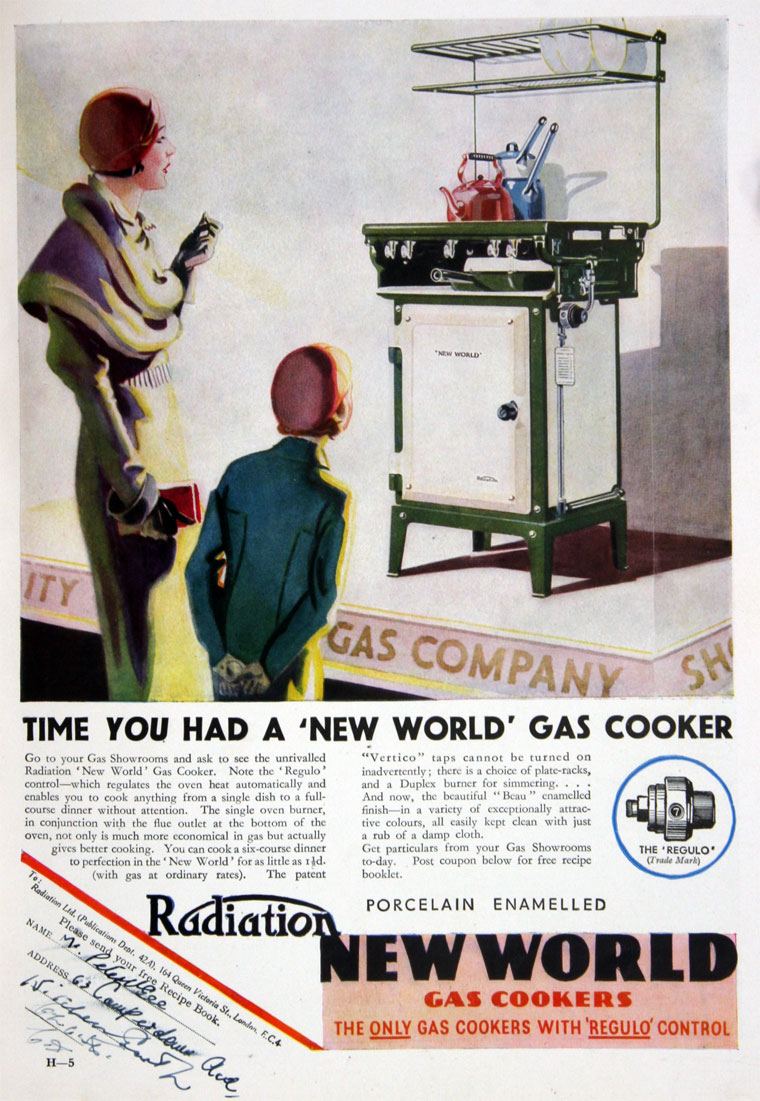 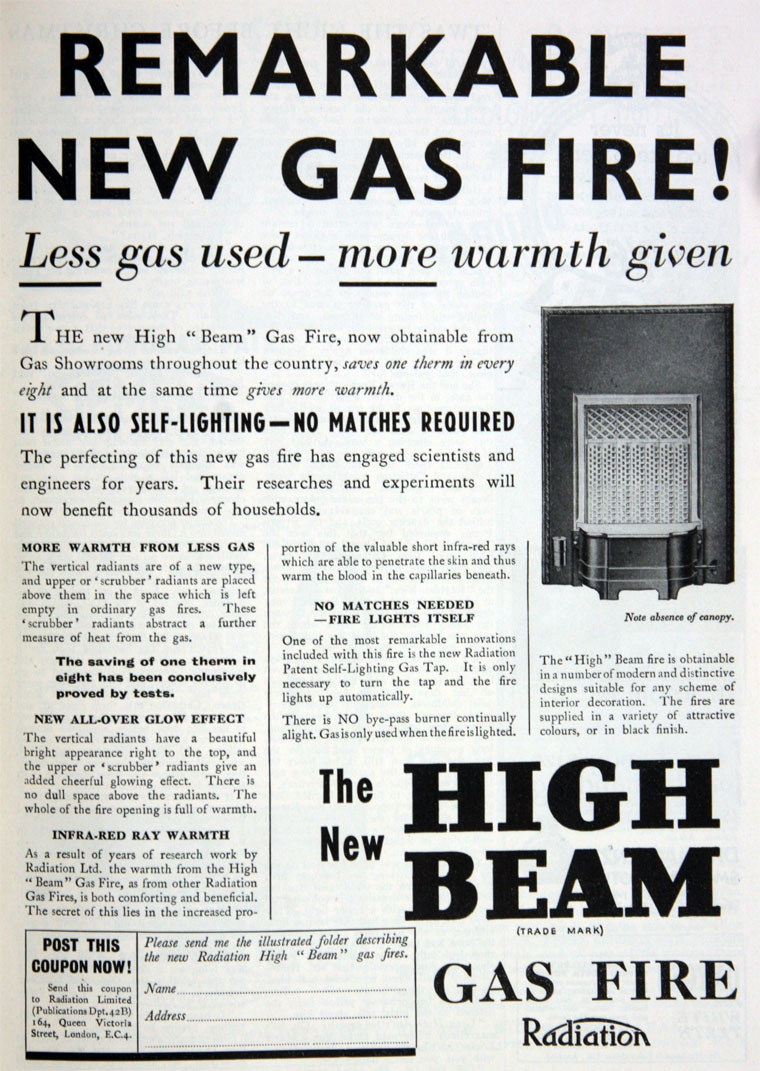 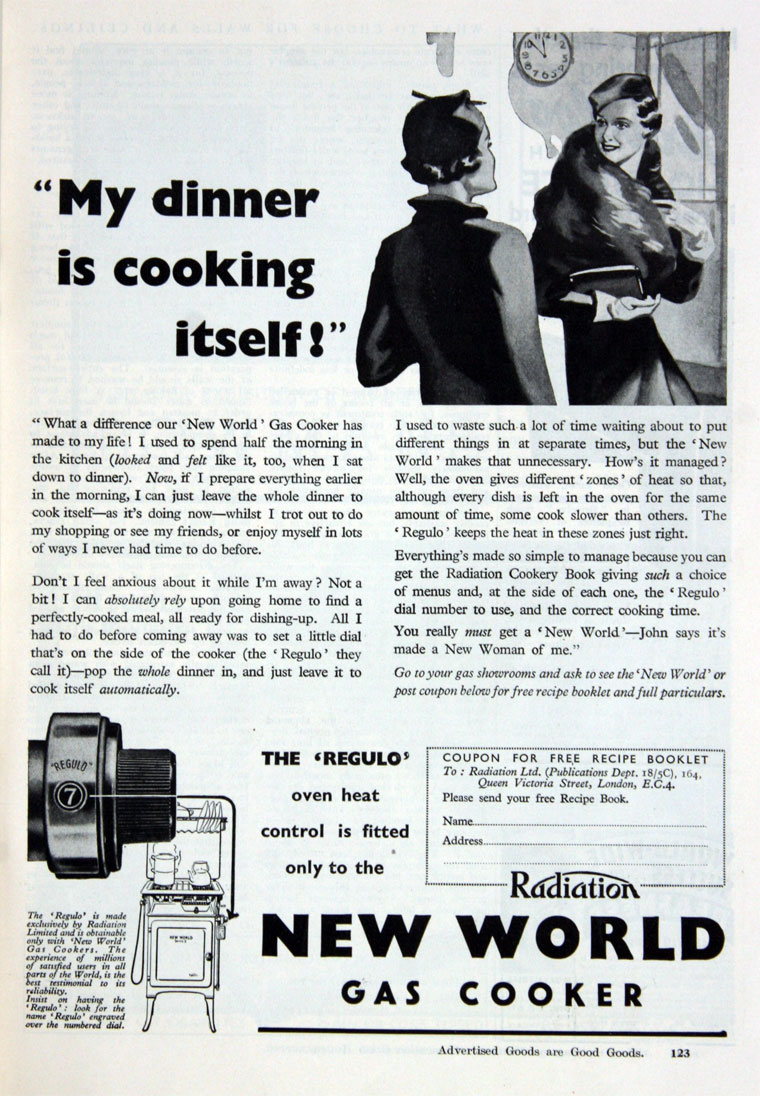 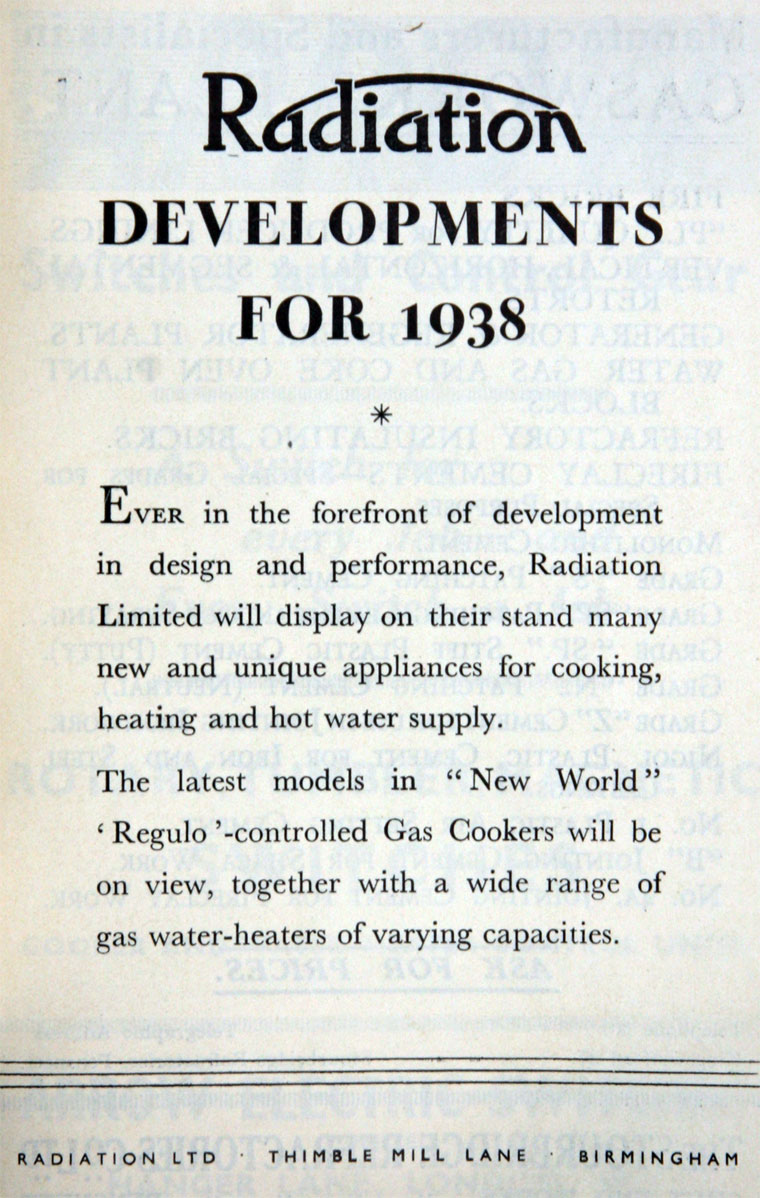 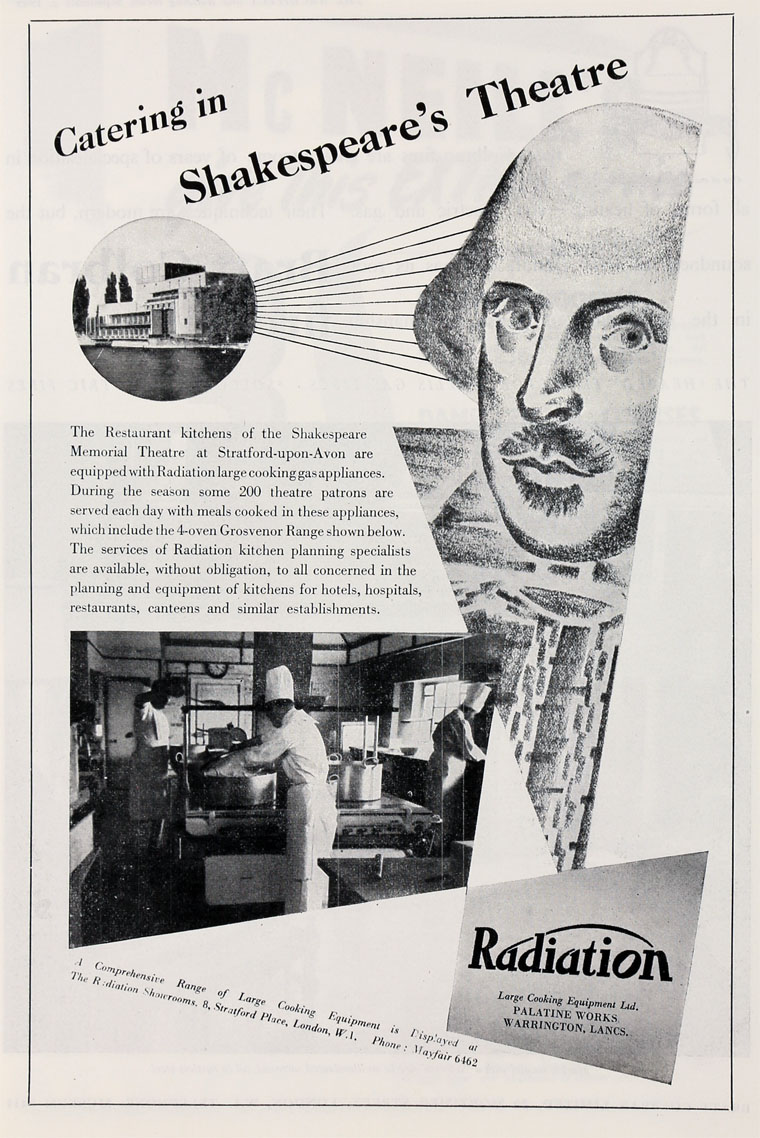 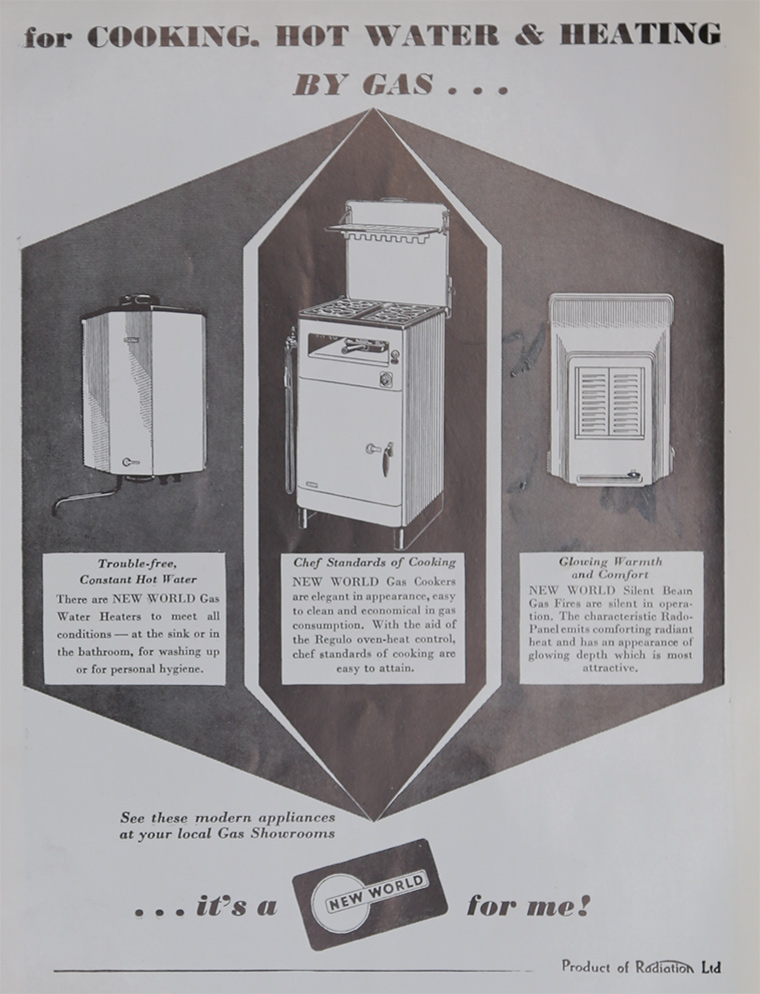 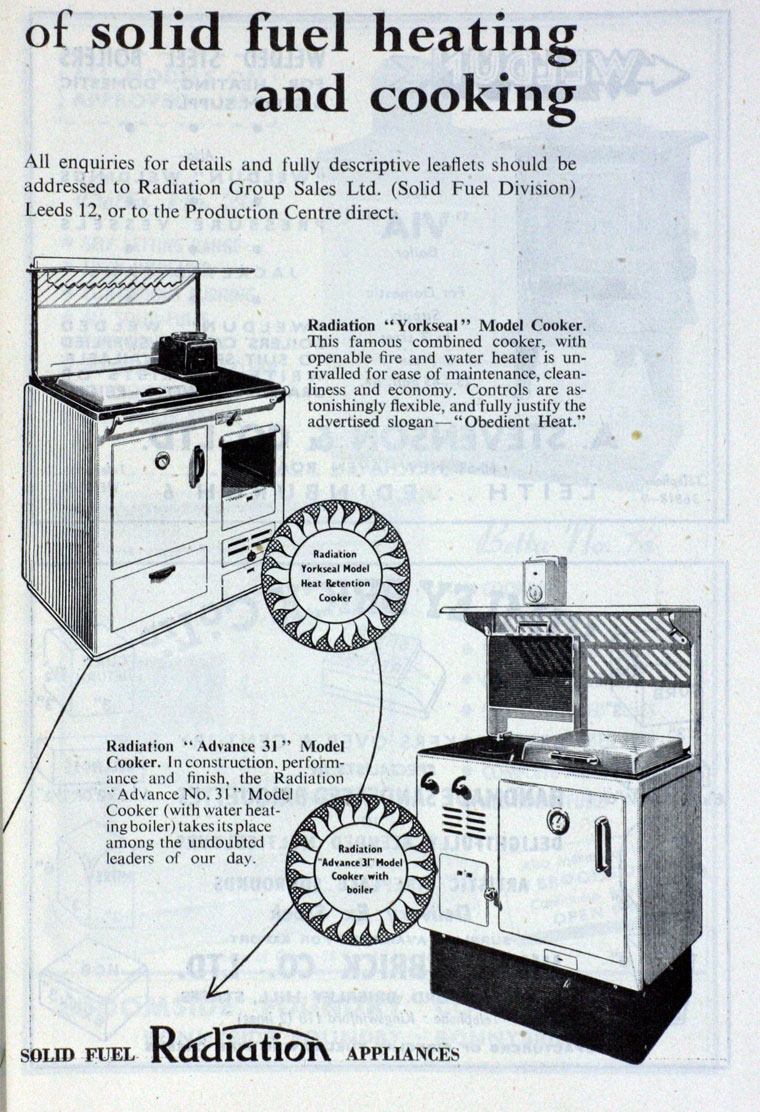 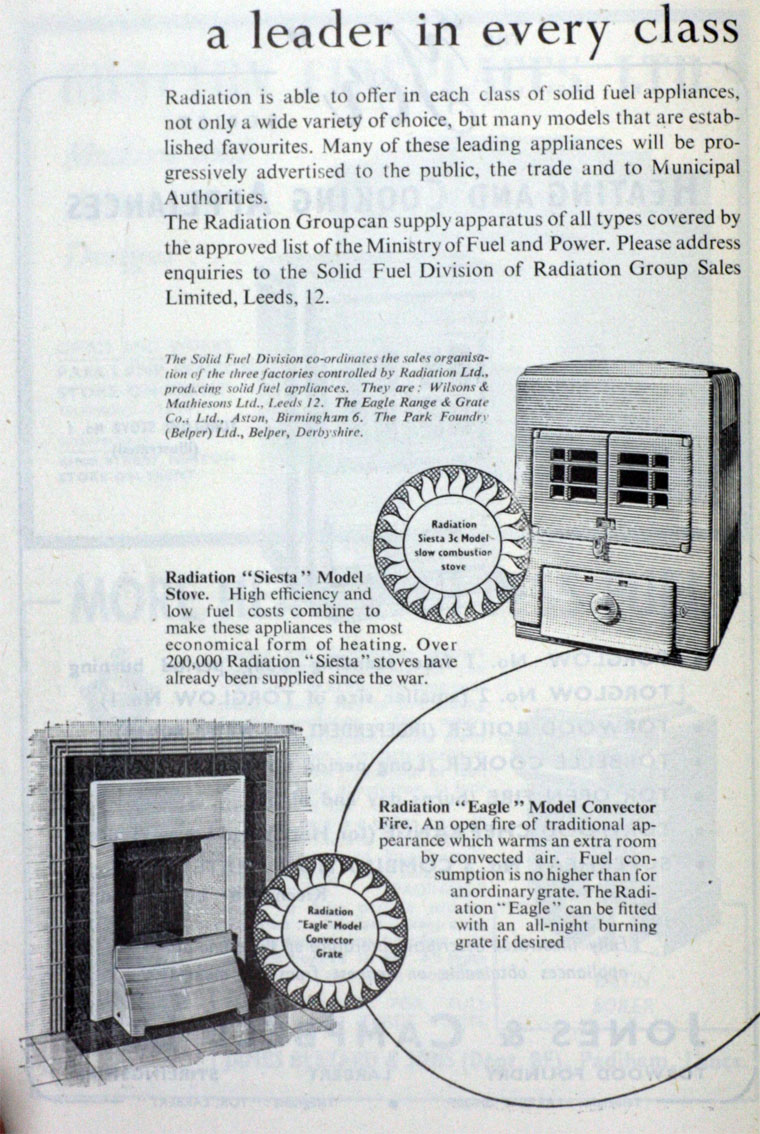 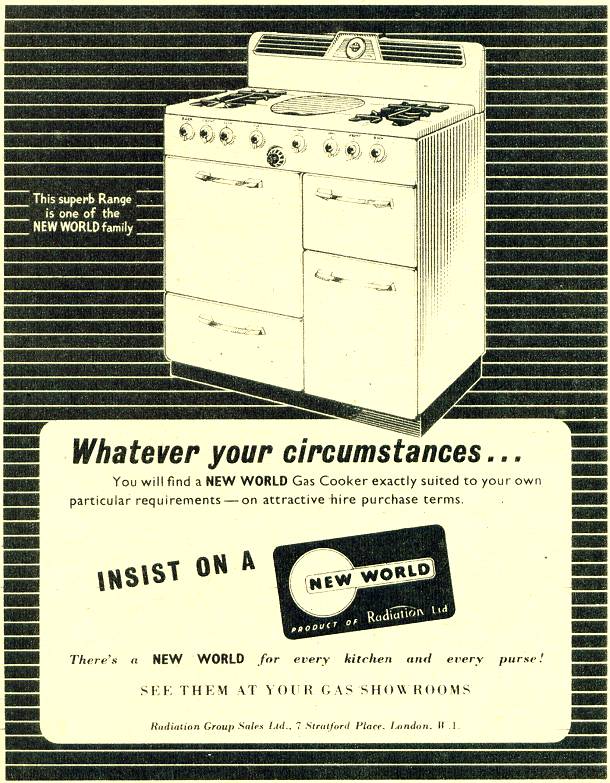 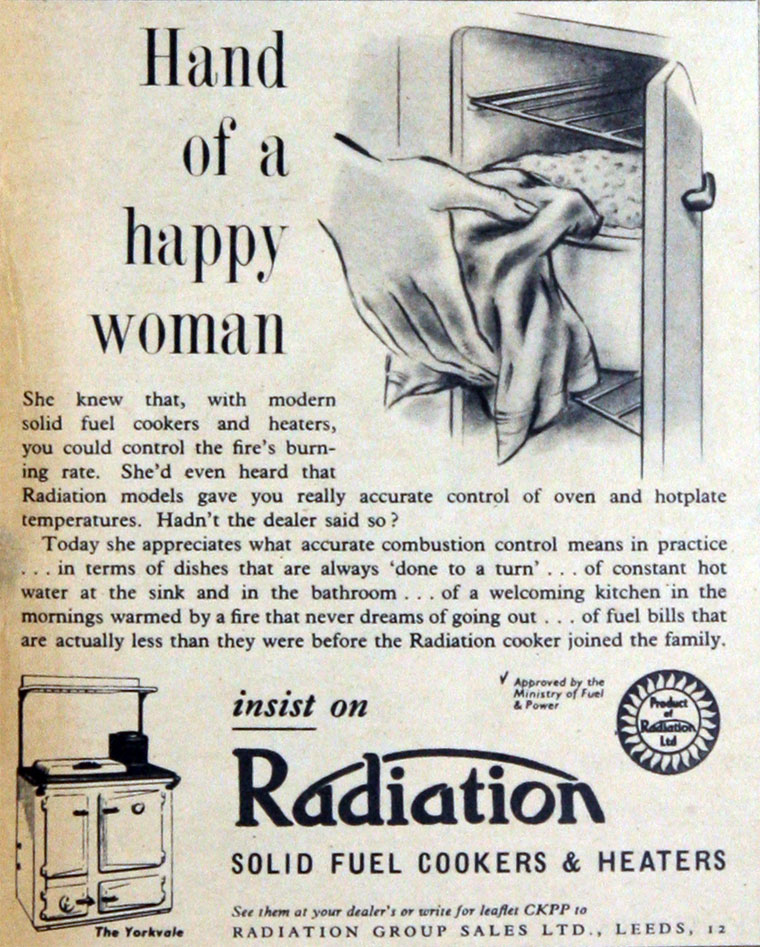 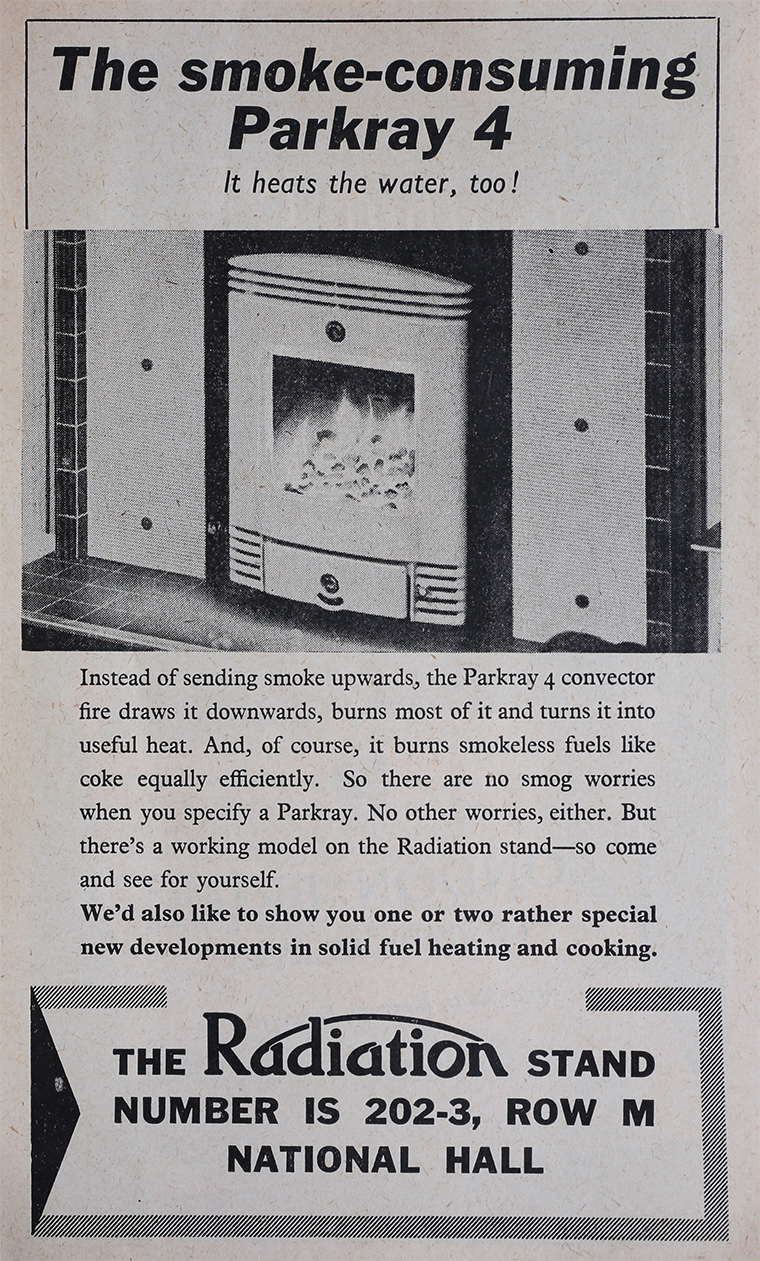 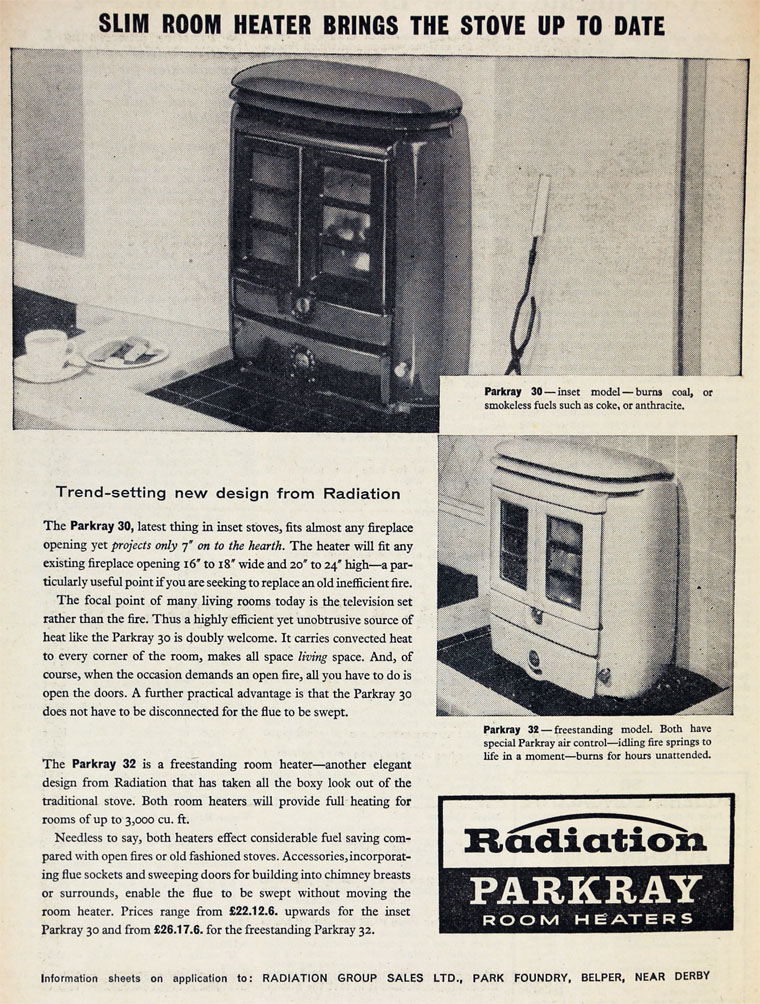 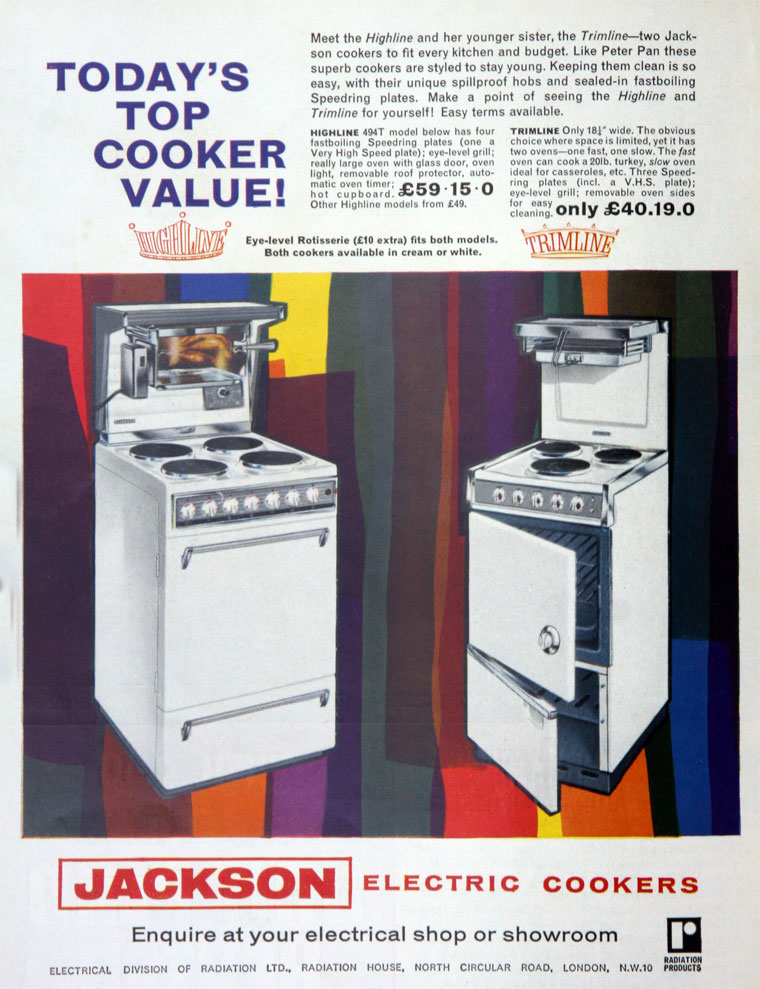 1919 Public company formed to acquire any or all of the shares of John Wright and Eagle Range, Richmond Gas Stove and Meter Co and carry on the business of gas stove and gas appliance makers and dealers[1]. Also acquired Davis Gas Stove Co[2].

1923 Regulo thermostats (said to have been invented in 1915) were first fitted by Radiation as standard to its gas ovens[3].

1925 Other subsidiaries were Arden Hill and Co, Fletcher, Russell and Co and Wilsons and Mathiesons Ltd[4].

1926 They disposed the industrial section of their furnace business, hitherto carried on at Grappenhall Works, Warrington, together with the business of Brayshaw Furnaces and Tools to Messrs. S. N. and E. R. Brayshaw. Fletcher Russell and Co, Warrington, continued to manufacture and supply dental laboratory and general technical apparatus and appliances, which were its own furnace specialties, and the Davis Furnace Co, Luton, continued to manufacture and supply its "Revergen" furnace in its various forms. The Brayshaw Company acquired additional works to deal with its furnace trade. Its milling cutter and small tool products were from now on manufactured at its Mulberry-street, Manchester, works.[5]

1944 Nautilus Fire Co Ltd was a subisidary of Radiation Ltd[7].

1948 Radiation offered a number of solid-fuel appliances - the Siesta stove, the Yorkdale range, and the Sutton coke grate. Had developed a cooking range for railway use that could use locomotive fuel, in addition to the normal range for this use which burnt "oil gas" [8]

1954 Had designed the Parkray convector solid-fuel fire to fit into existing grates, in response to the proposal of the 1952 Ridley Committee[10]

By 1958 had acquired Jackson Electric Stove Co - the Luton factory was totally devoted to electric appliances; gas appliances were made by the gas division and by subsidiary Bratt Colbran, makers of space heating equipment; had introduced further Ductair warm air heating equipment[11]

1981 Glow Worm Boilers and Radiation-Ascot, both part of Tube Investments, were 2 of 6 boiler makers investigated for collusion in raising prices[15]