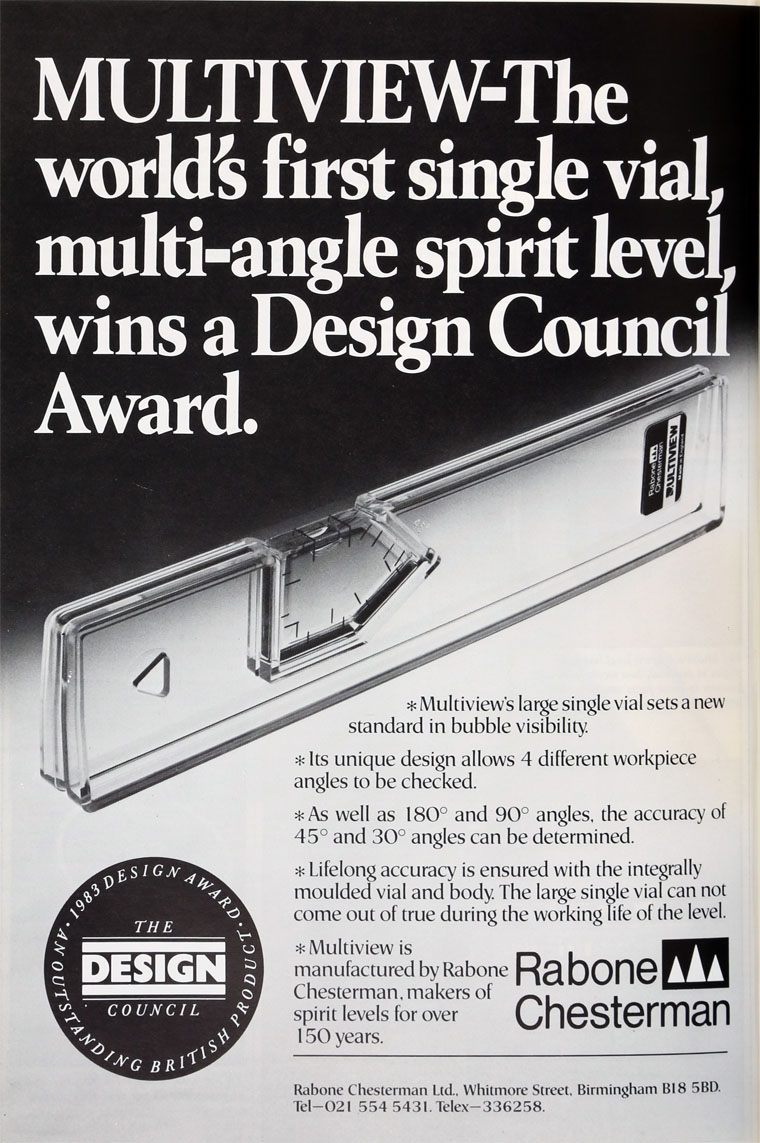 1963 John Rabone and Sons, of Birmingham, merged with James Chesterman and Co, toolmakers of Sheffield, and the name was changed to Rabone Chesterman.

1984 A new factory was opened at Summer Hill, Birmingham.

1986 Acquired the assets of the Dean Tape Measures division from Howard Wall; Dean was the main British maker of non-metallic tape (measures) for the haberhashery trade[4]

1987 Within Bardsey, Rabone Chesterman made tools and RCF Tools distributed them[5]