Grace's Guide is the leading source of historical information on industry and manufacturing in Britain. This web publication contains 138,867 pages of information and 225,311 images on early companies, their products and the people who designed and built them. 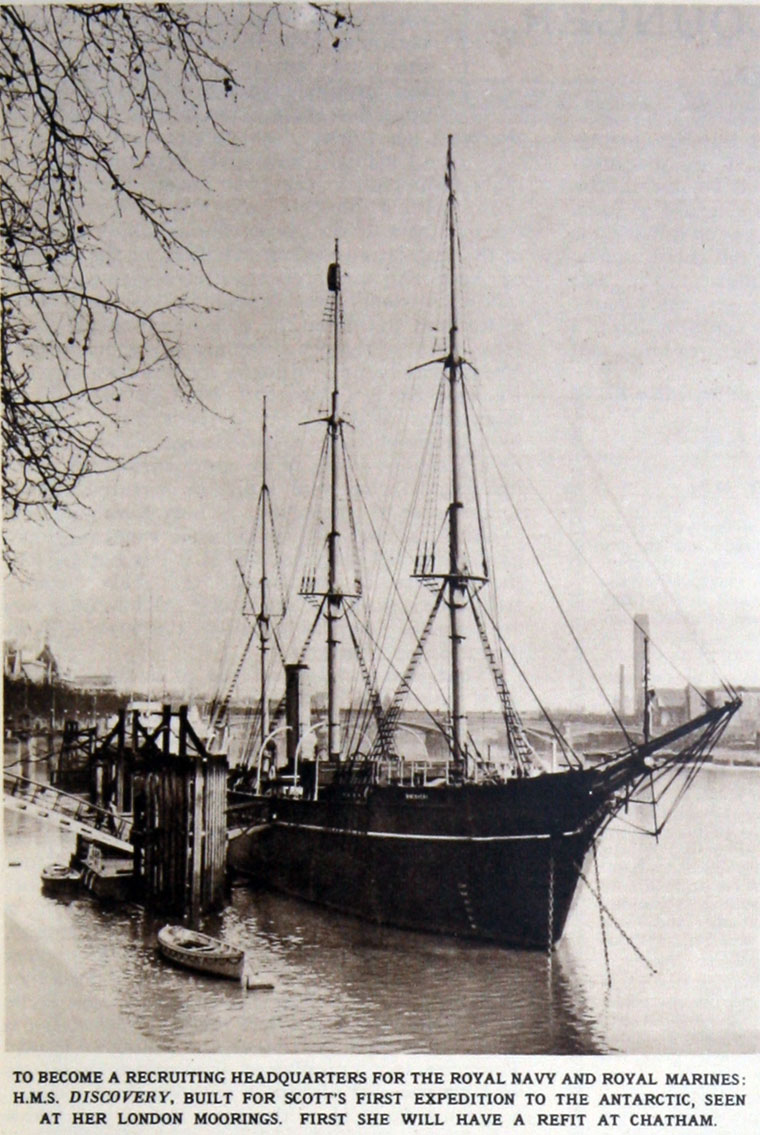 February 1960. At her London moorings. 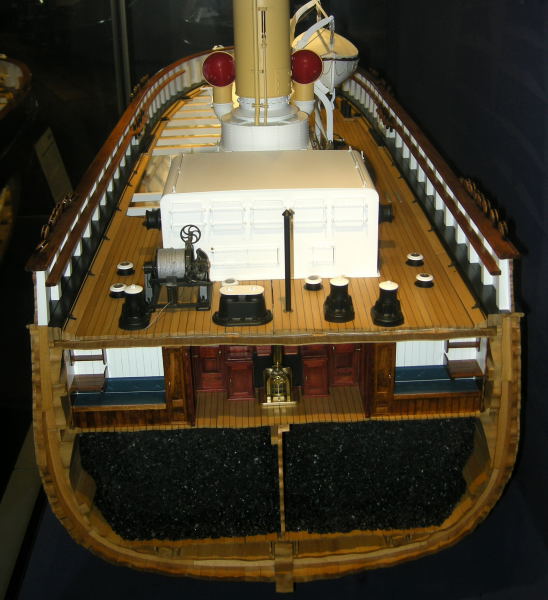 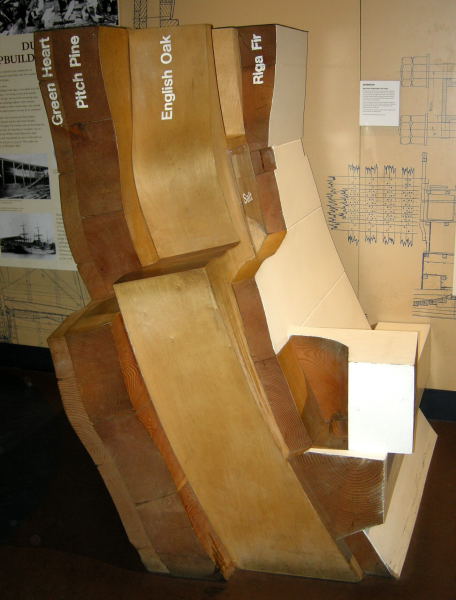 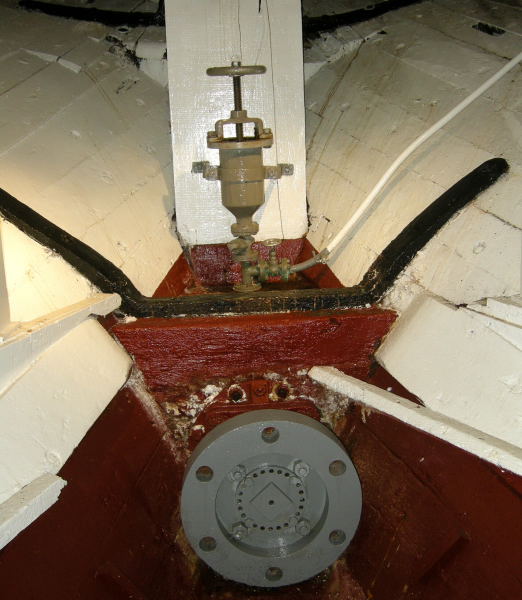 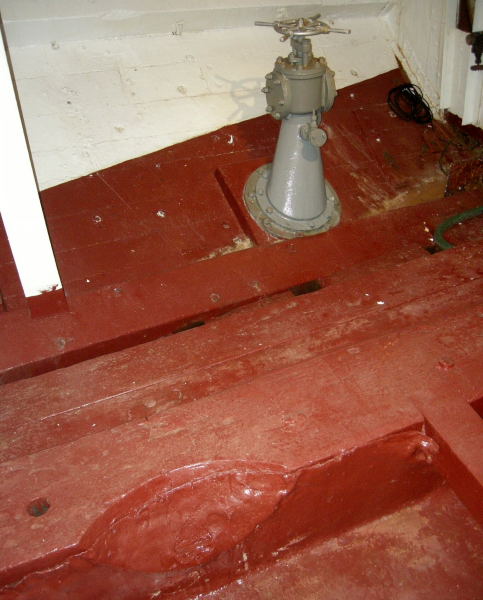 Knees connecting ribs and deck beams are generally wrought iron, but bronze was used for the knees and other fittings in a forward compartment used surveying the earth's magnetic field - the Magnetic Observatory. The slots in the hull were provided for inserting rock salt in the spaces between hull walls and between ribs, to help preserve the wood 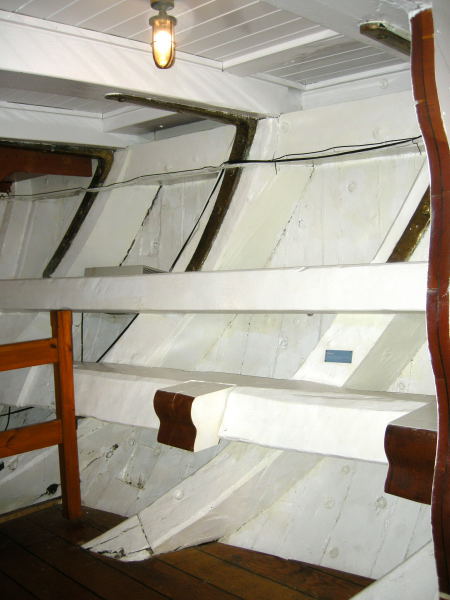 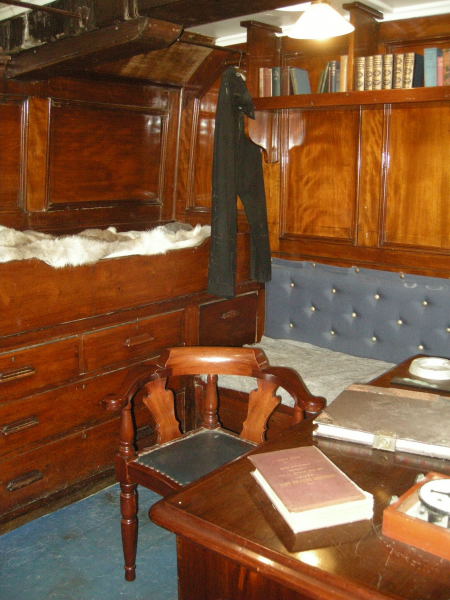 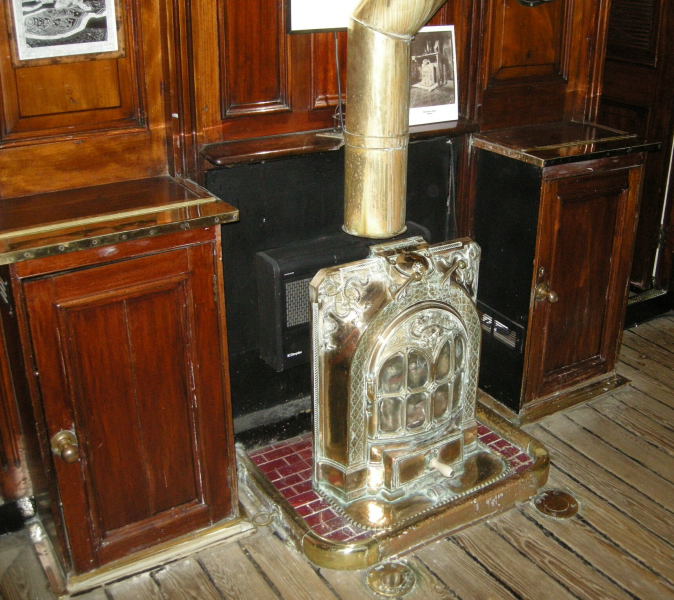 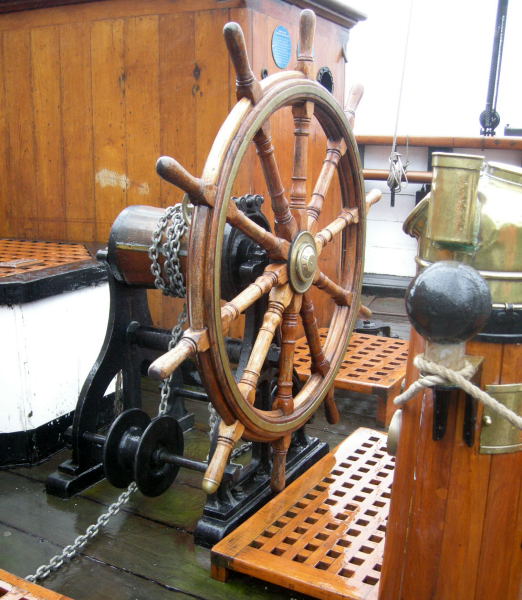 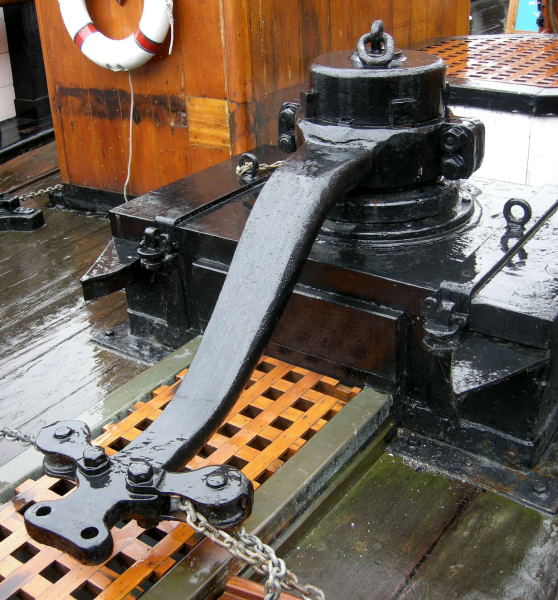 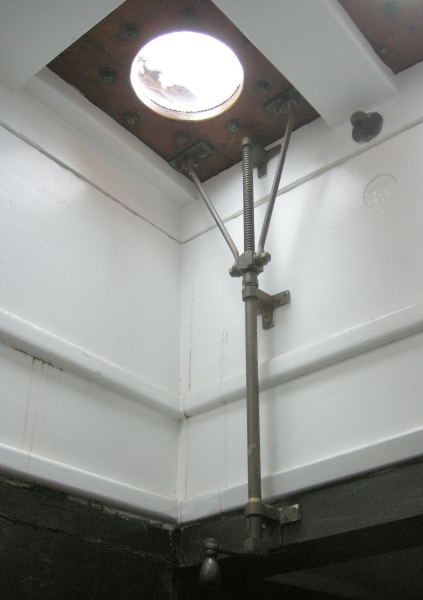 RRS (Royal Research Ship) Discovery was a wooden three-masted ship designed for Antarctic research. Built by the Dundee Shipbuilders Co, and launched into the Firth of Tay on 21 March 1901.

Her first mission was the British National Antarctic Expedition, carrying Robert Falcon Scott and Ernest Shackleton on their first, successful journey to the Antarctic, known as the Discovery Expedition.

She is now berthed at Dundee alongside an excellent new museum which has a wide range of exhibits relating to RRS Discovery and Antarctic exploration. This visitor attraction is known as 'Discovery Point'. Website here.

Discovery had an auxiliary steam engine, supplied by coal-fired boilers, but relied primarily on sail due to the limited coal capacity. The 450 HP triple expansion engine was made by Gourlay Brothers and Co of Dundee, and represented a quarter of the total cost of the ship.

She was rigged as a barque. According to Shackleton, the ship was a bad sailer, and carried too much sail aft and not enough forward; while Scott worried that the design of the ship's hull was unsuitable for work in pack ice. The ship had a massively built wooden hull designed to withstand being frozen into the ice. The propeller and rudder could be hoisted out of the way to prevent ice damage. Iron shod bows were severely raked so that when ramming the ice they would ride up over the margin and crush the ice with deadweight. The Discovery rolled badly in the open sea where the flat shallow hull, built with no protuberances to work well in ice, provided minimal stability in heavy seas.

The Discovery was built to the design of Mr W. E. Smith, Chief Constructor for the Admiralty, It was built under the careful supervision of Mr R. Paterson, the manager of the yard, and Mr M. Bates, who represented the promoters.<re>[1] Report of the Launch of the Discovery, from the Dundee Year Book of 1901: Friends of Dundee City Archives</ref>

On returning to Britain after her research days, the Discovery was laid up until 1936 when she was presented to the Boy Scouts Association as a static training ship in London.

During the war her engines and boilers were removed for scrap to help with the war effort. She was then transferred to the Admiralty in 1955 for use as a drill ship for the Royal Navy Auxiliary Reserve. Her condition deteriorated and when no longer of use to the Navy, she was in danger of being scrapped, but was saved from the breakers yard by the Maritime Trust in 1979. Berthed on the River Thames and open to the public, the trust spent some £500,000 on essential restoration until she was passed into the ownership of the Dundee Heritage Trust in 1985. [1]