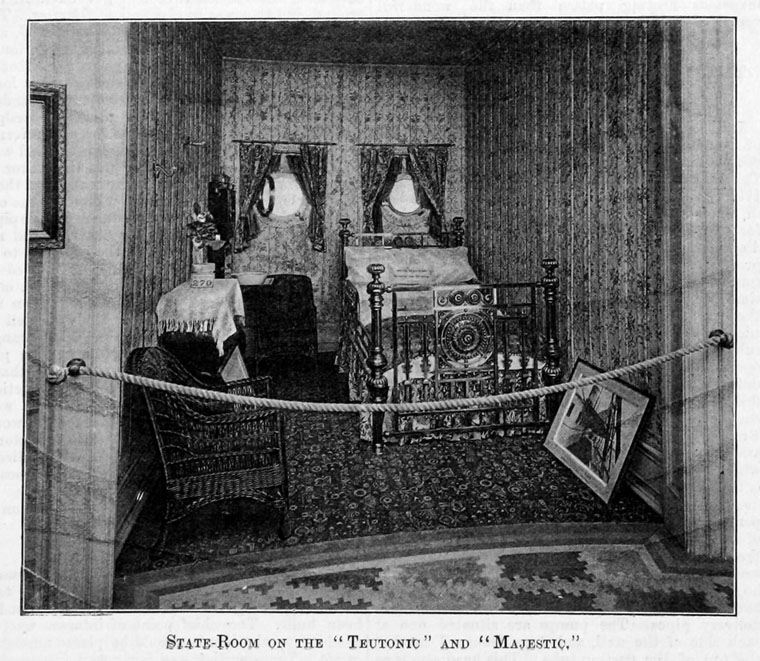 1922. Valve Control Board in Control Station. 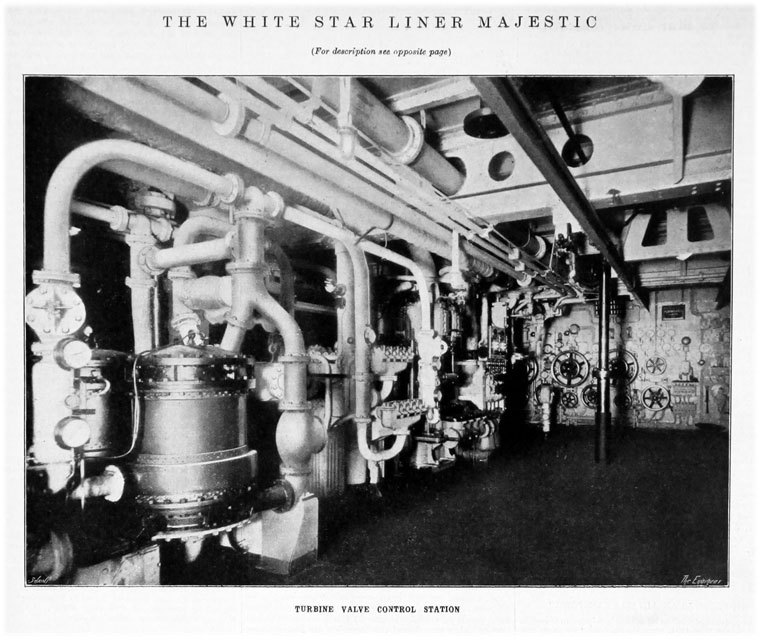 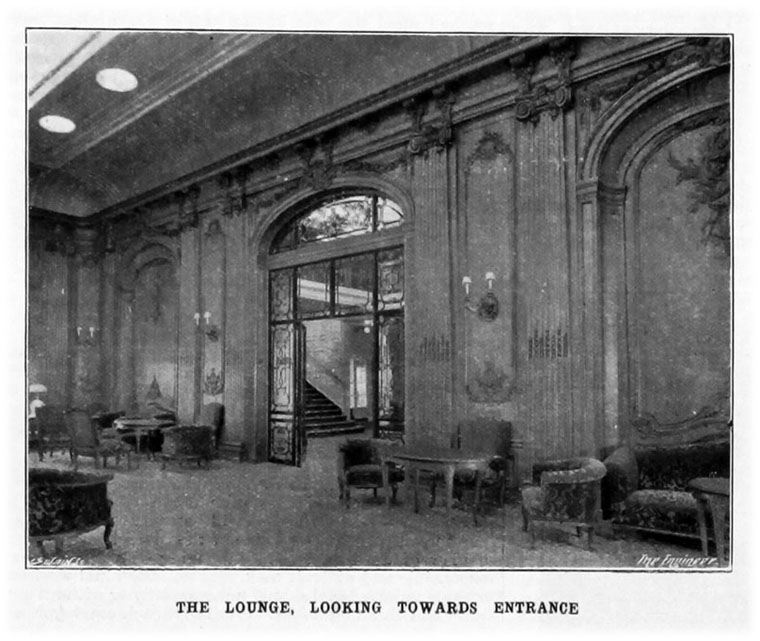 1922. The Lounge, Looking Towards Entrance. 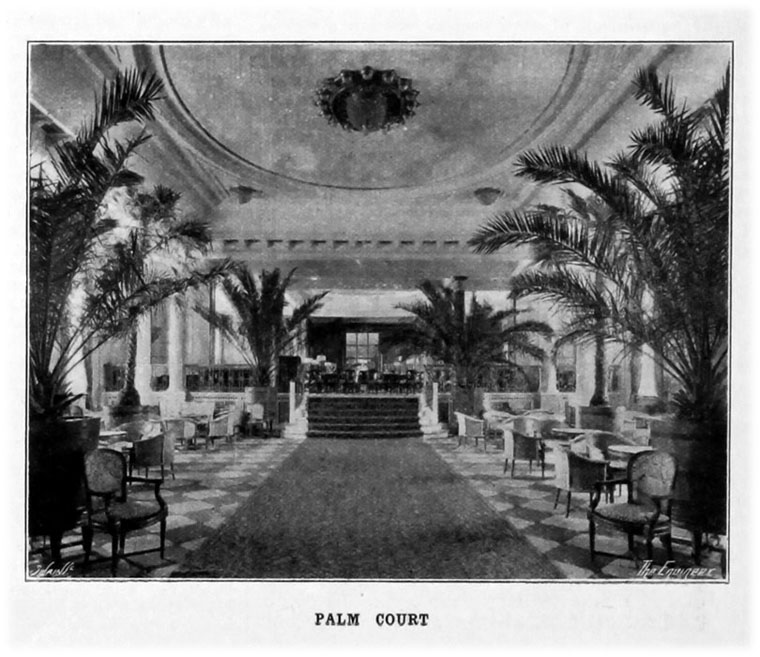 1888 Ismay, chairman of White Star Line, proposed building merchant vessels with government subsidy, which would then be available to the Admiralty. This resulted in the building of two magnificent liners, RMS Teutonic and RMS Majestic[1] built by Harland and Wolff.

1891 For description of construction see 1891 The Practical Engineer

RMS Titanic was ordered to replace Majestic, then one of the oldest ships in the White Star Line. When Titanic sank, Majestic was brought back into service as replacement.[2]

Post-WWI A new Cunard White Star Liner called Majestic, 56,000 tons. Built by Hamburg firm, Blohm and Voss and originally known as the Bismarck. She was taken over in 1922.

"...The Majestic is of special interest, not only because she is the largest liner afloat, but also on account of her association with the pre-war competition for size and speed in Trans-atlantic liners to which she owes her conception. With the altered economic position and the present high constructional costs, it is very likely she will continue to retain her distinctive position for some time to come.

Originally built to the order of the Hamburg-America Line at the Elbe Shipyard of Blohm and Voss, Hamburg, and christened the Bismarck, work on her was well in hand when the outbreak of war came, and was continued till about the middle of 1916. After that, little progress was made, and about that period all copper pipes were removed and replaced by pipes of steel, which have for the most part been retained..."

Read more about the ship's machinery, dimensions and history here: The Engineer 1922/05/12.