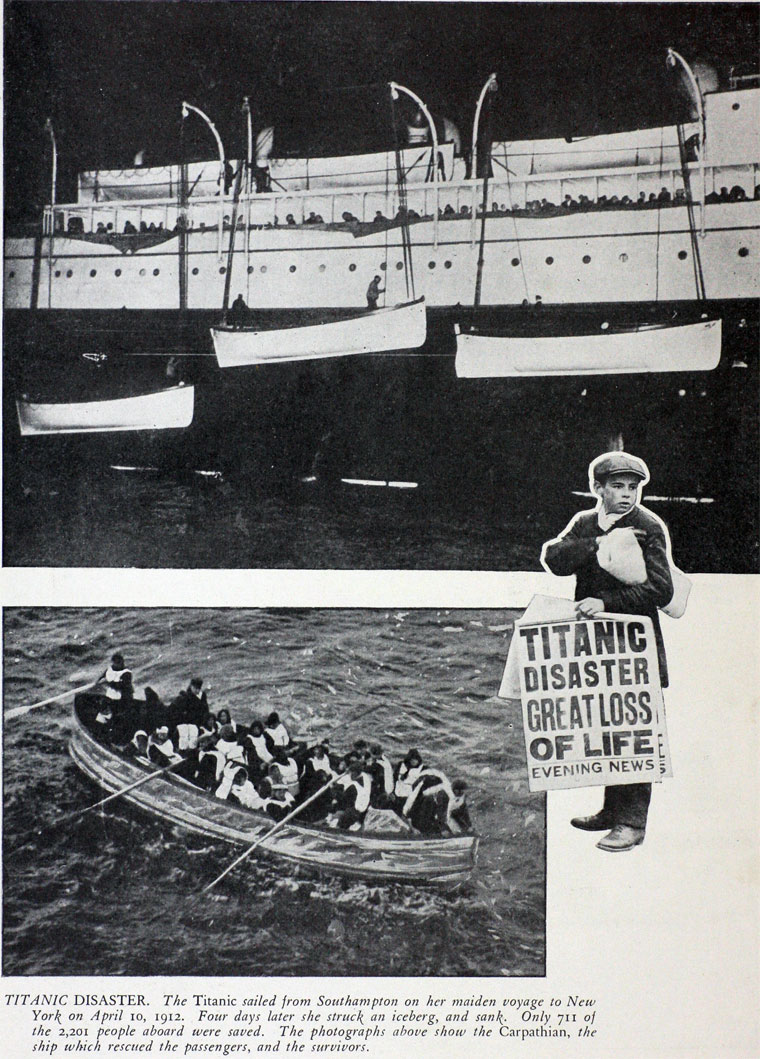 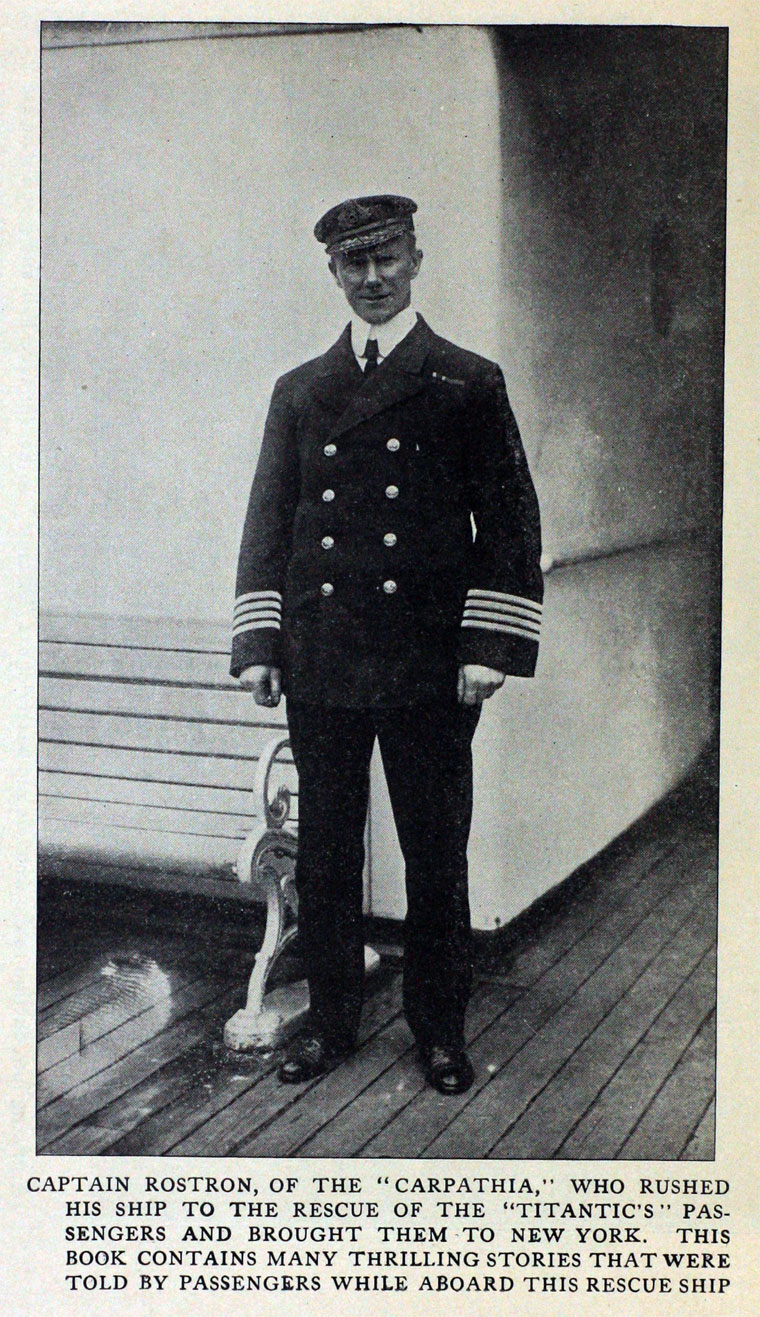 Captain Rostron of the Carpathia.

" On Wednesday afternoon last Messrs. C. S. Swan and Hunter Limited launched from their yard on the Tyne, in the presence of a large company, a floating dock for the Port of Durban and a new Cunard liner, the Carpathia. This vessel is intended for the Cunard Steamship Company's Line between Liverpool and Boston. She is 558ft. long by 64ft. 3in. beam, and her gross tonnage is about 12,900 tons. She is to have a trial speed of about 15 1/2 knots. She has four complete steel decks, a steel or lop deck in Nos. 1 and 2 holds, and a bridge deck 290ft. long for passengers, saloon, and cabins; above this again a boat deck is fitted. The dining saloon has seating accommodation for 200 persons. The whole of the space forward of the boiler-room on the main deck is fitted with third-class cabins accommodating altogether 600 passengers, and a third-class dining saloon seating 300 persons is situated above the cabins. A spacious smoke room and ladies' sitting room, bathroom, &c. , dispensary and bar, and a large covered promenade, are also provided for the third-class passengers..." read more

Carpathia began her maiden voyage in 1903 and became famous for rescuing the survivors of RMS Titanic after the latter ship hit an iceberg and sank on 15 April 1912.

Carpathia herself was sunk in the Atlantic on 17 July 1918 during the First World War by a German U-boat.