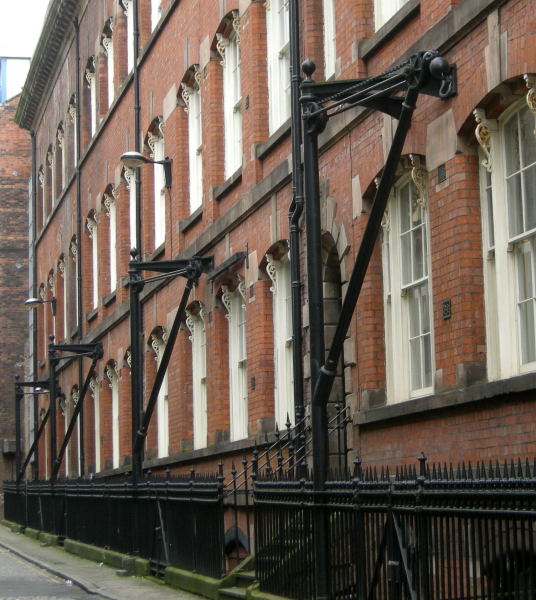 A rank of Rankin cranes at the Albany Building (1856), Ormond Street, Liverpool 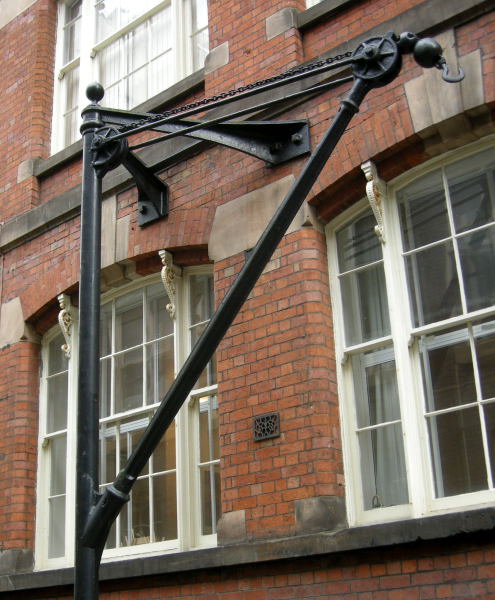 Cast iron lintel over basement windows on the Albany Building, to prevent damage when using the cranes to move goods in and out of the basement

Wharf crane at the covered wharf at the 'Weavers Triangle', Burnley, on the Leeds & Liverpool Canal. Photos here.

An 1860s portable engine has survived in Australia [2]

1866 Richard, John and Henry Rankin and Henry Pearson recorded as Debtors in the London Gazette [3]