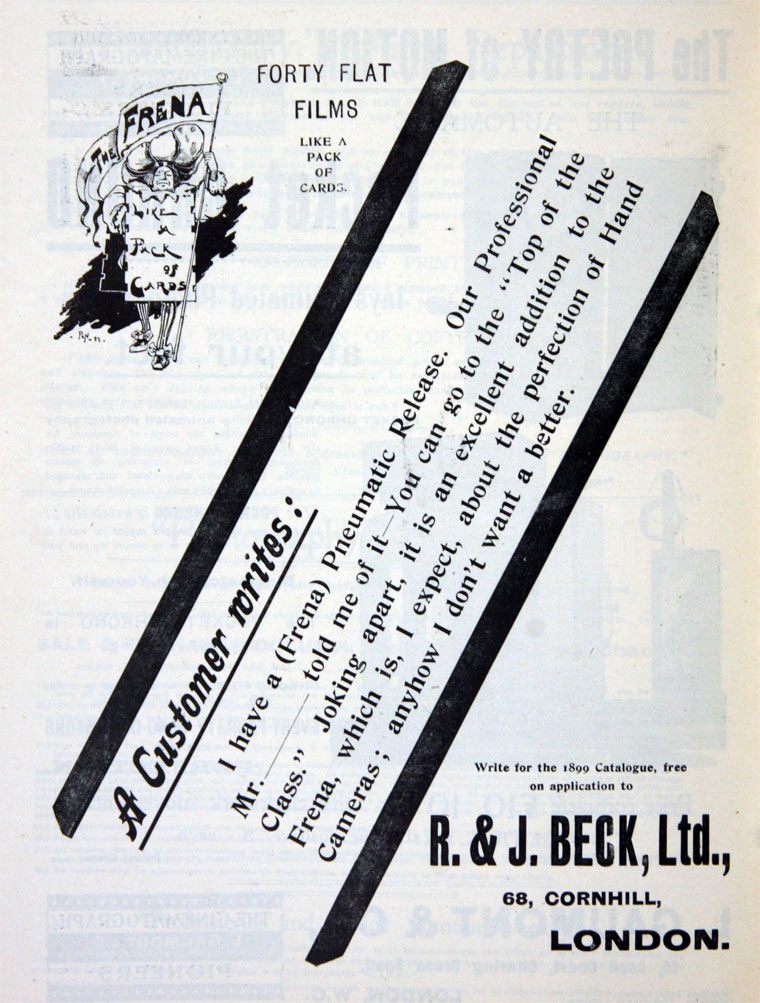 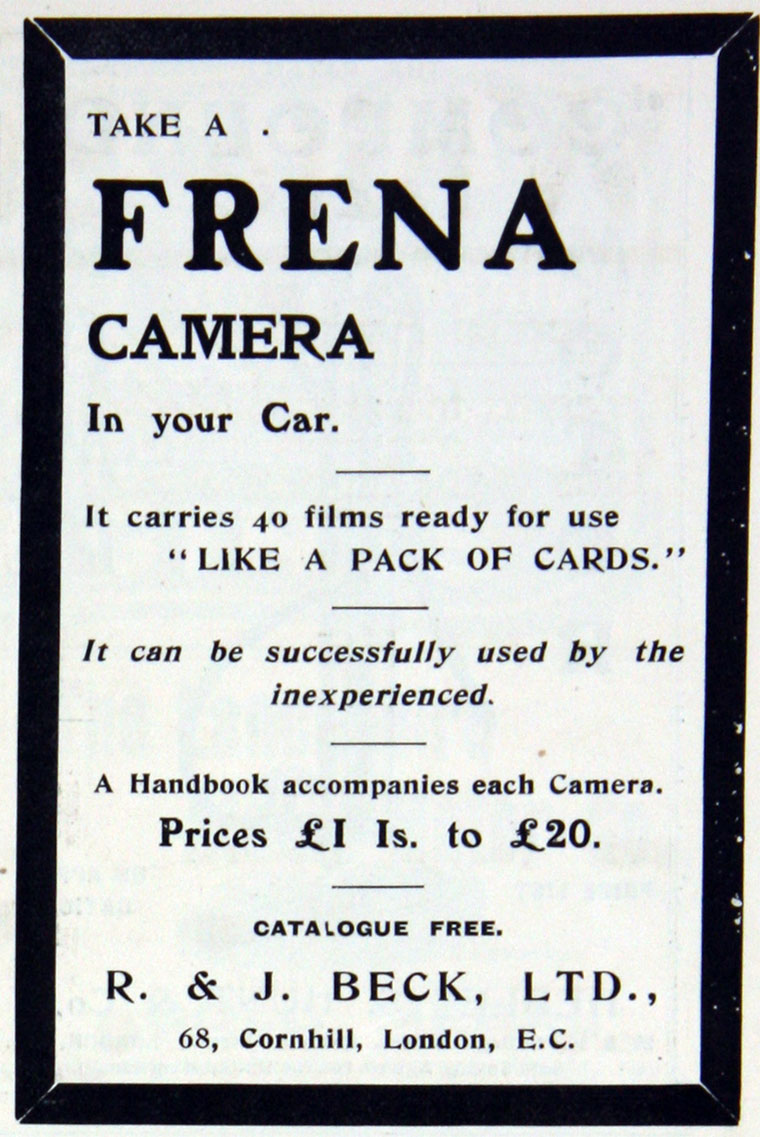 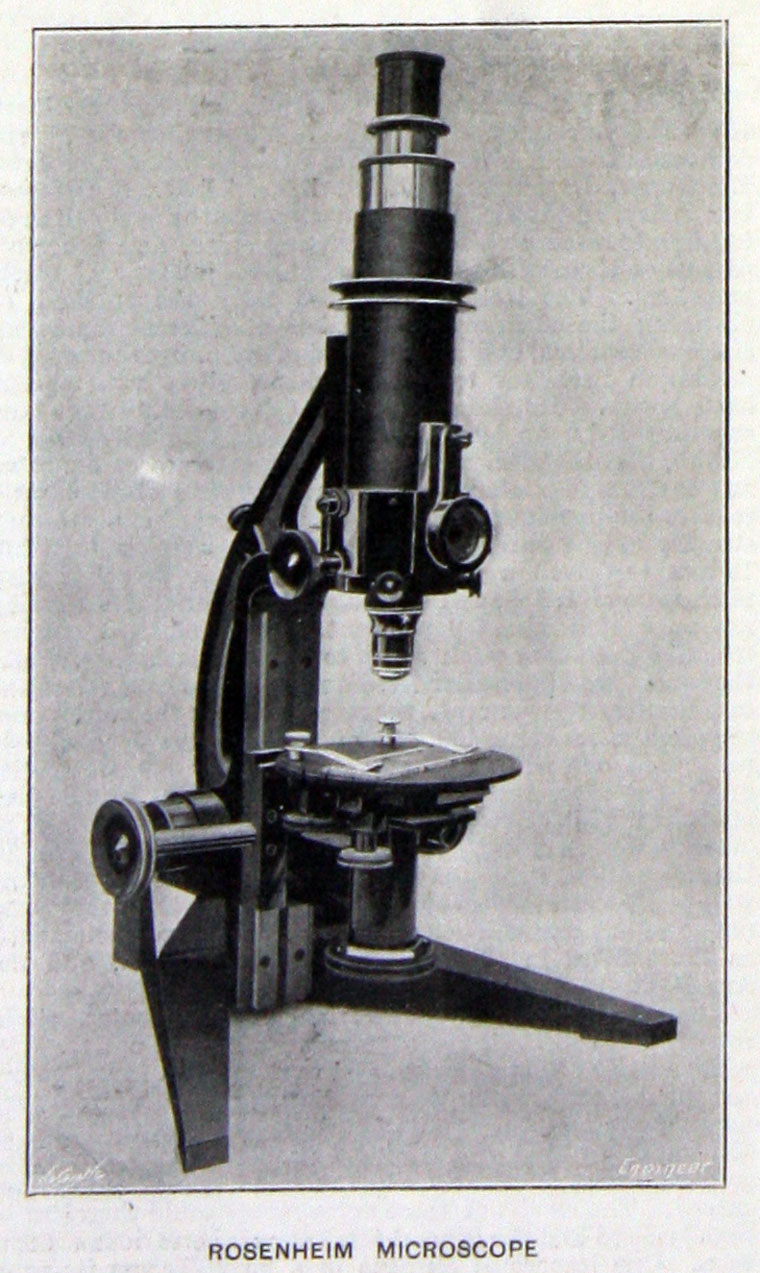 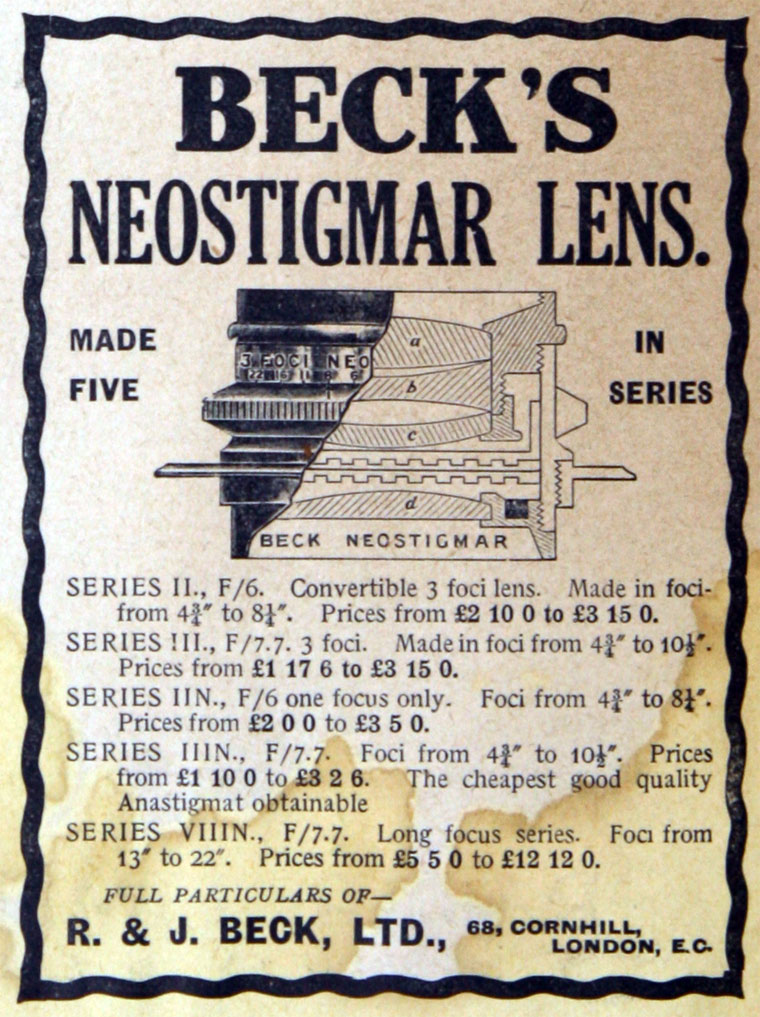 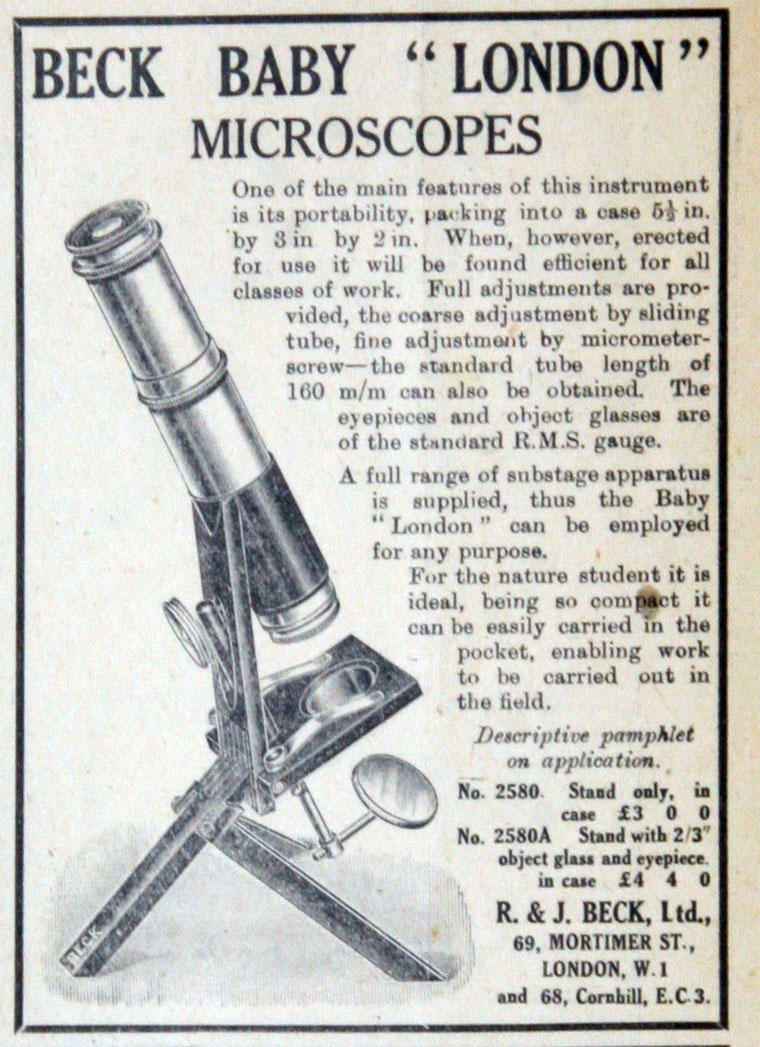 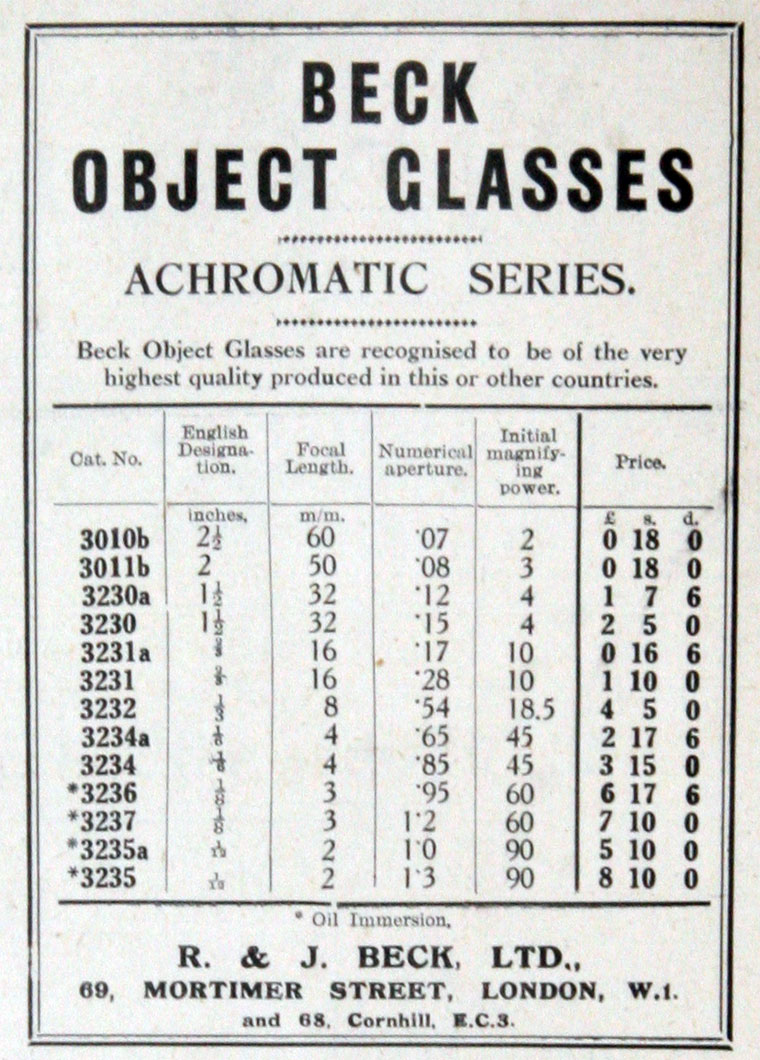 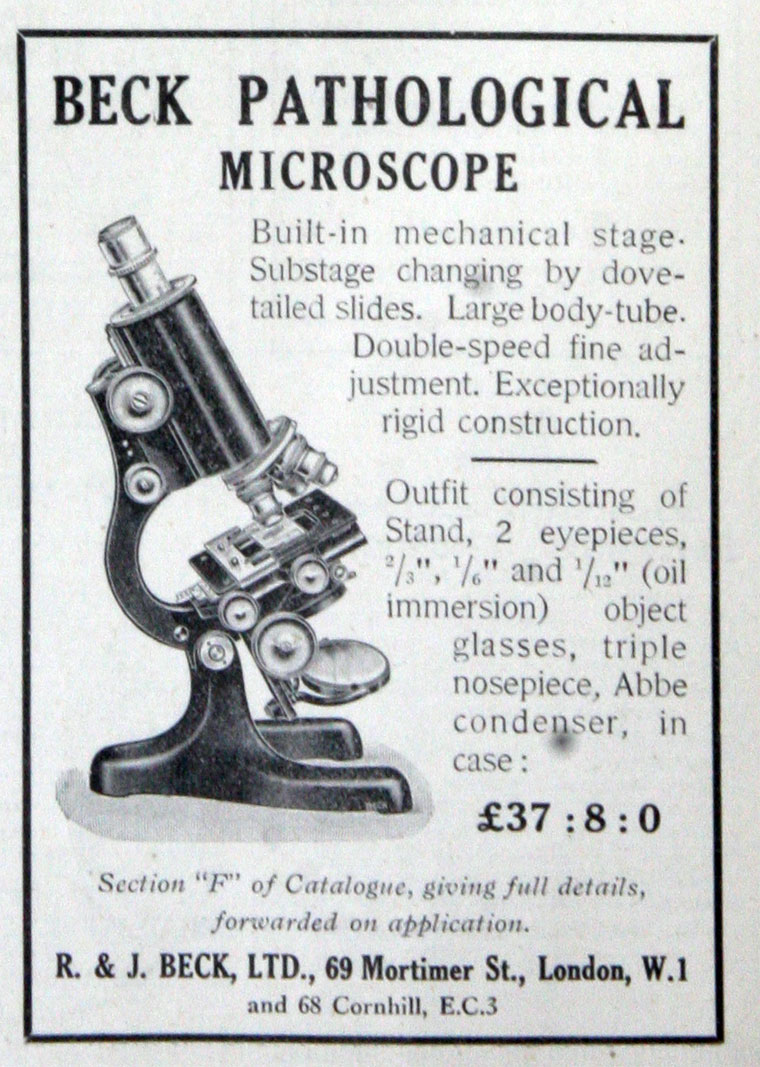 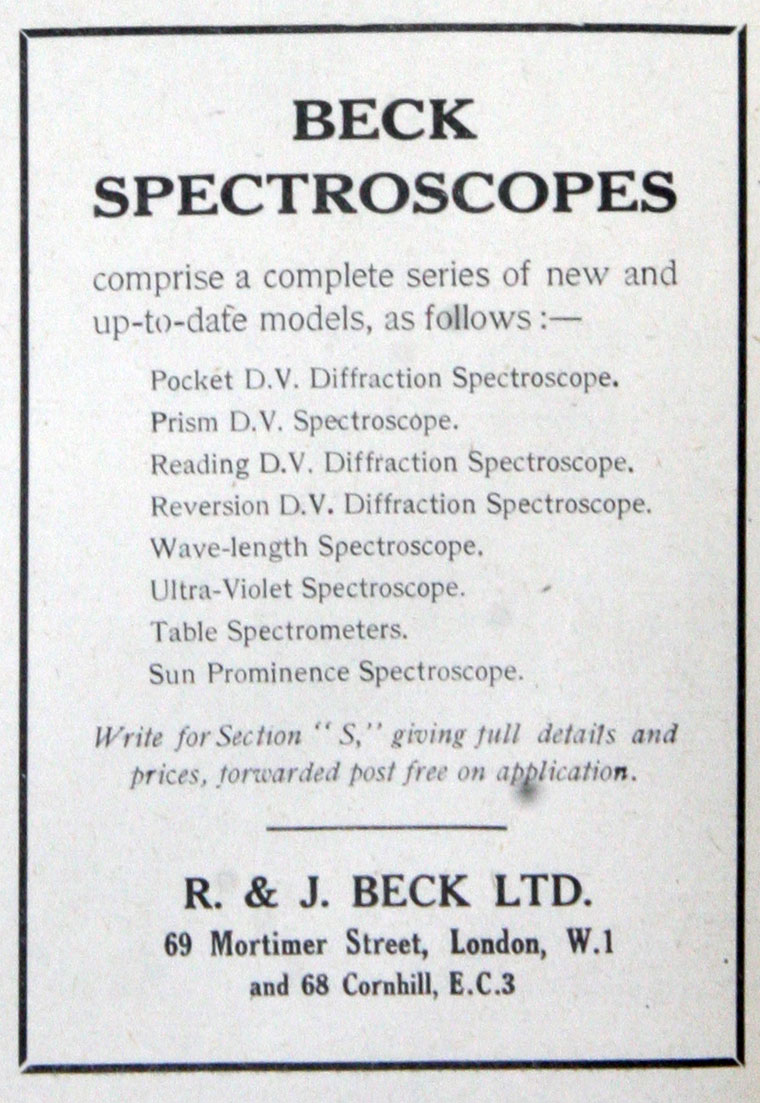 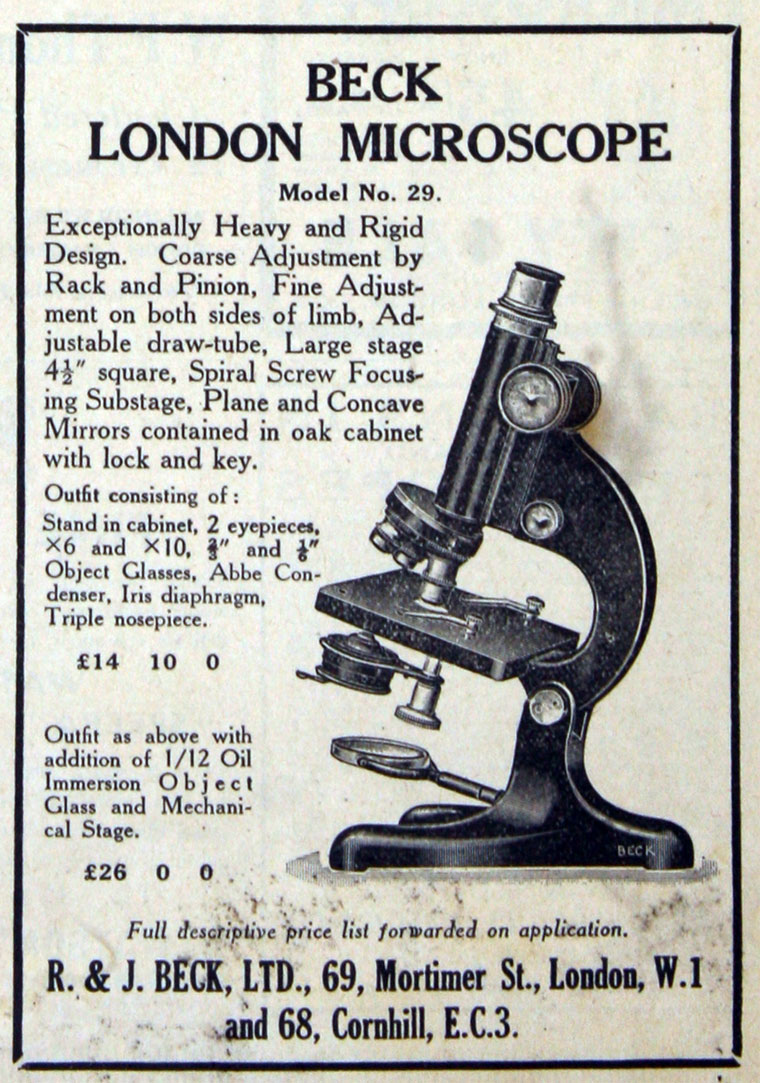 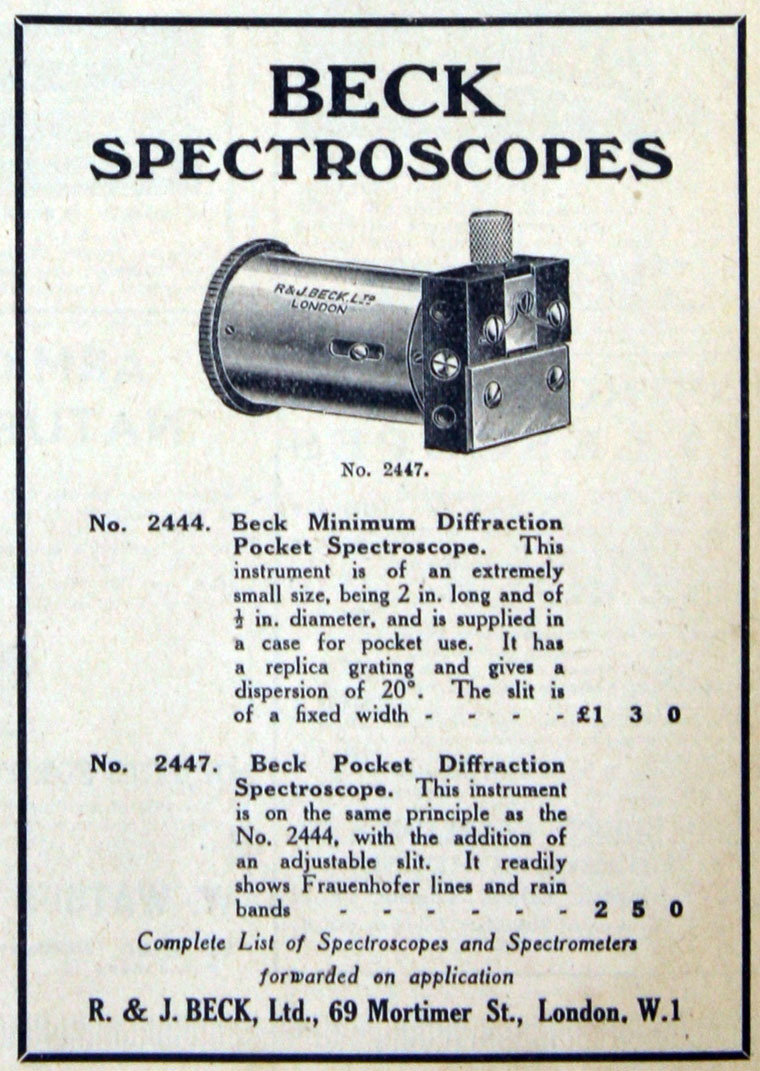 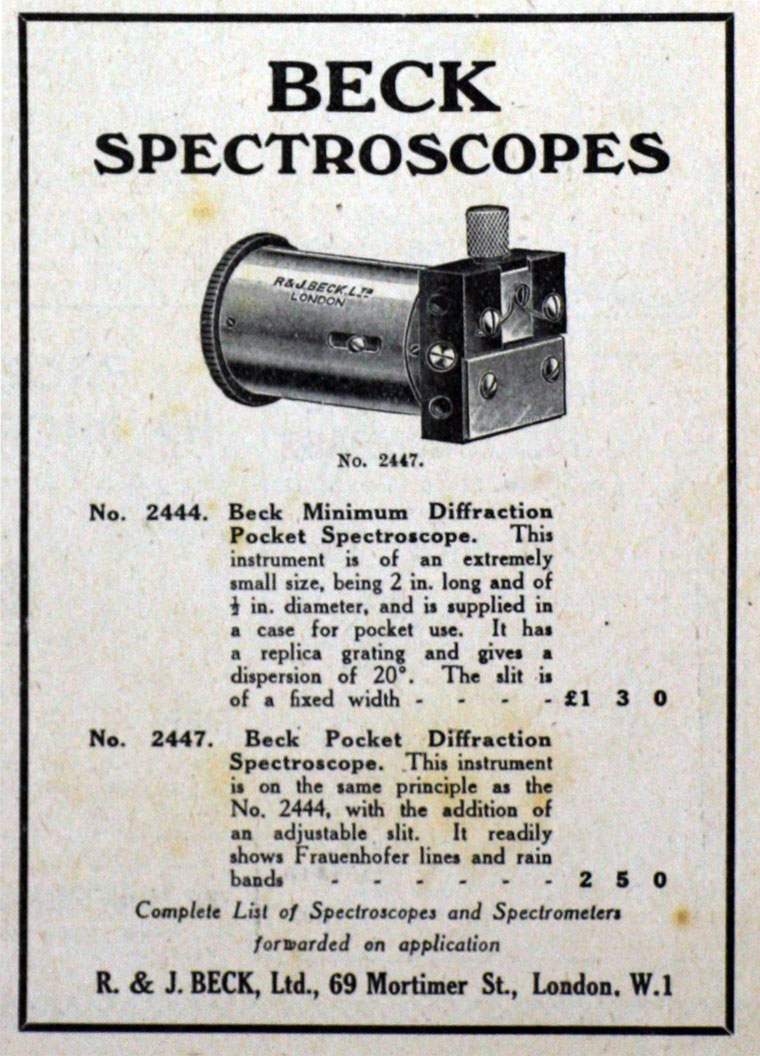 R and J Beck was a renowned British optical company based in London.

1847 Formation of the partnership Smith and Beck

1853 "The optical factory of the firm was opened at Holloway in 1853, appropriately named the Lister Works, and it clearly followed the Quaker tradition. The microscopist Thomas Hudson recorded in his diary a visit to the works in May 1854, finding it 'a model optical manufactory having a Steam Engine working Lathes &c this is a most complete establishment having a Library and Reading and Refreshment Room' (Turner, Frederick Thomas Hudson's microscopical diary, 198)."[3]

1854 the company was named Smith, Beck and Beck.

1857 Joseph Beck went into partnership with Smith and Beck.

1876 Robert Kemp, of the firm of R. and J. Beck, of Lister Works, Holloway, in the county of Middlesex, and of Cornhill, in the city of London, has given the like notice in respect of the invention of "improvements in microscopes"[5]

Best known in the camera area are some cameras of the brand Ensign which bear lenses branded as "Beck Ensign".

T. E. Lawrence, better known as 'Lawrence of Arabia', used a plate camera made by Beck.

By 1968 was a subsidiary of Ealing Corporation of USA[9]