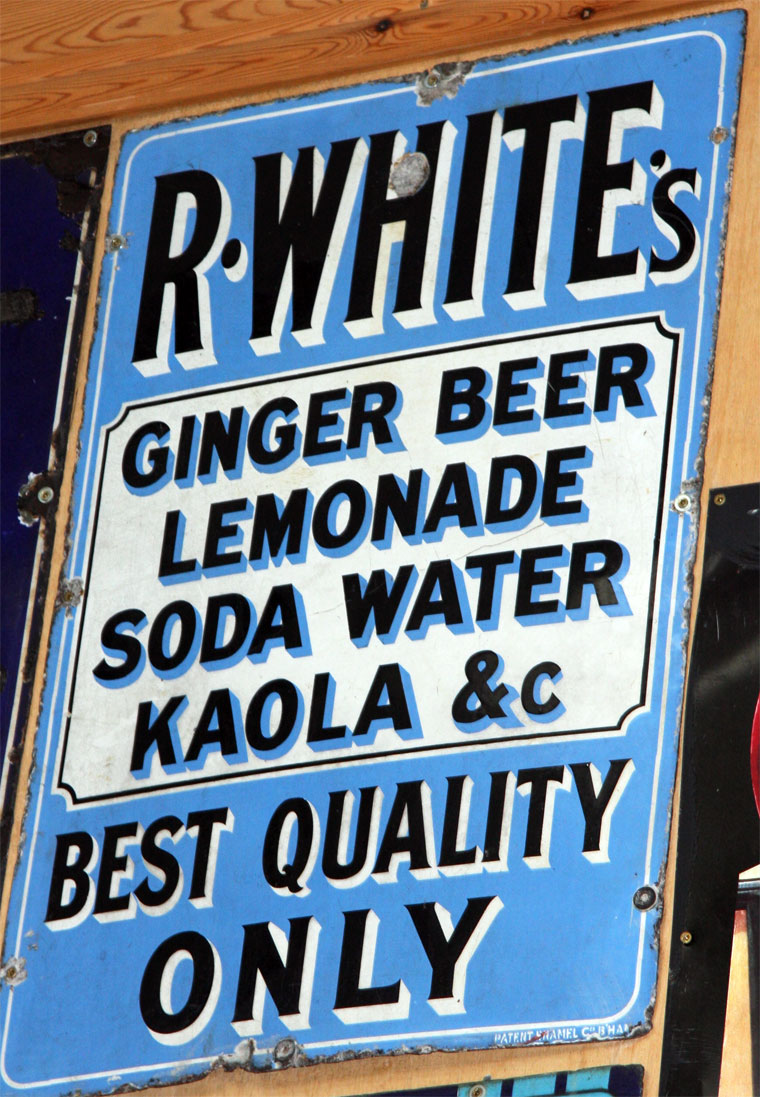 R. White's Lemonade is a brand of a carbonated soft drink, which is produced and sold in the UK by Britvic, and has been produced for over 150 years. R. White's contains real lemons and is available as a diet, cloudy or normal drink.

1845 R. Whites Lemonade was first produced by Robert and Mary White, along with other carbonated drinks. Originally sold from a barrow, their drinks proved so refreshing that the business rapidly expanded.

By 1869, the company had five production units and 16 depots across the Midlands and South East of London.

1885 The firm applied for three trademarks, including one for their Ginger Beer which had become very popular.

1969 The company was taken over by Whitbread, the brewers, then became part of Britvic Soft Drinks.

1973 The popular Secret Lemonade Drinker advertising campaign was launched, devised by Rod Allen who wrote the slogan. The adverts featured the actor Julian Chagrin, dubbed with the voice of Ross MacManus (father of Elvis Costello). MacManus wrote the song, with his son providing the backing vocals.

1986 The brand merged with Britvic's when Britvic and Canada Dry Rawlings merged.