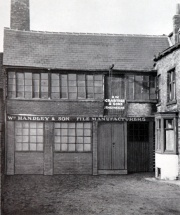 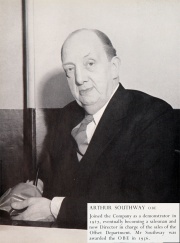 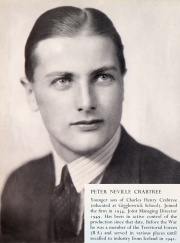 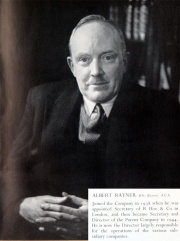 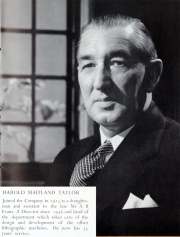 1958 Commemorative Booklet of The Queen's Visit. Read the booklet HERE.

of Water Lane and David Street, Leeds and London (1920)

1907 Plans were made to design and build a newspaper press as progress accelerated considerably.

WWI Business plans changed to produce munitions and it became necessary to extend the works.

After the War newspaper printing machines resumed in production and more buildings were erected.

1938 Acquired Campbells and Hunter Ltd., and R. Hoe and Co, and American owned company of London.[5]

1939 By now, the total site area of the Leeds works amounted to over seven acres.[6]

During World War II the manufacture of all printing machines was restricted, except for those needed. A large number of lithographic machines was built for the Government for the producing of maps immediately behind the Front Line. They also produced complete tanks, tank components, guns, gun carriages, breech rings, breech blocks and aircraft parts.[7]

1953 Bren Manufacturing Co of Newcastle and International Tools Ltd. of Canada was acquired.[11]

1958 17th October. Visit by Her Majesty The Queen and His Royal Highness The Duke of Edinburgh. Read the commemorative booklet here.

1965 R. W. Crabtree acquired the letterpress business of Dawson, Payne and Elliott. Subsequently Crabtree was acquired by Vickers to add to its printing machinery business[13]