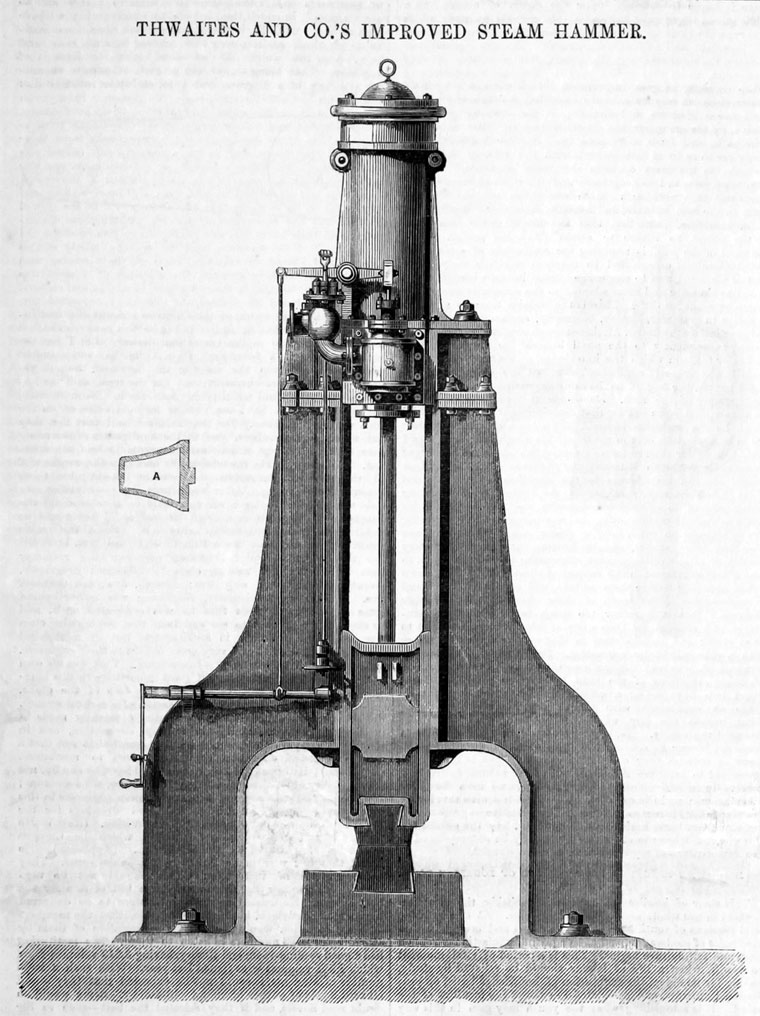 1848 Produced a railway locomotive. 'Trial Trip of a New Patent Locomotive.— We last week gave an account of an engine made at the Albion Works, Thornton-road, belonging to Messrs. R. Thwaites and Co. It took the whole of the day on Friday and part of Saturday to get the engine on the rails. Preparations were shortly made for a trial trip, and accordingly Mr. Murgatroyd, one of the directors, took up a position on the engine, in order to examine the working of it. The train reached Skipton, a distance of 18 miles, in about fifty minutes, including stoppages. The return was made in about the same time, and Mr. Murgatroyd expressed himself highly satisfied with the result of the experiment. As may naturally be expected, the Railway Company must have a bite in the matter, and accordingly, when the parties reached Skipton, they were not allowed to return unless they paid the regular fare.'[1] See R. Thwaites and Co: Locomotive

1849 Partnership change. '...the Partnership heretofore subsisting between the undersigned, Robinson Thwaites, John Smith, Thomas Fearnley, and Joseph Barrans, carrying on business as Engineers, at the Albion Works, in Bradford, in the county of York, under the firm of R. Thwaites and Co., was on the 1st day of December last, dissolved, so far as concerns the said Joseph Barrans. And notice is hereby further given, that all debts due to and owing by the said partnership, will be received and paid by the said Robinson Thwaites, John Smith, and Thomas Fearnley, by whom the said business will continue to be carried on...'[2]

1860 Partnership dissolved. '...the oral Partnership heretofore subsisting between us the undersigned ROBINSON THWAITES and THOMAS FEARNLEY and Mr. JOHN SMITH, as Engineers and Millwrights, at Bradford, in the County of York, under the style or firm of "R. Thwaites and Co." has been this day dissolved by us...'[3]