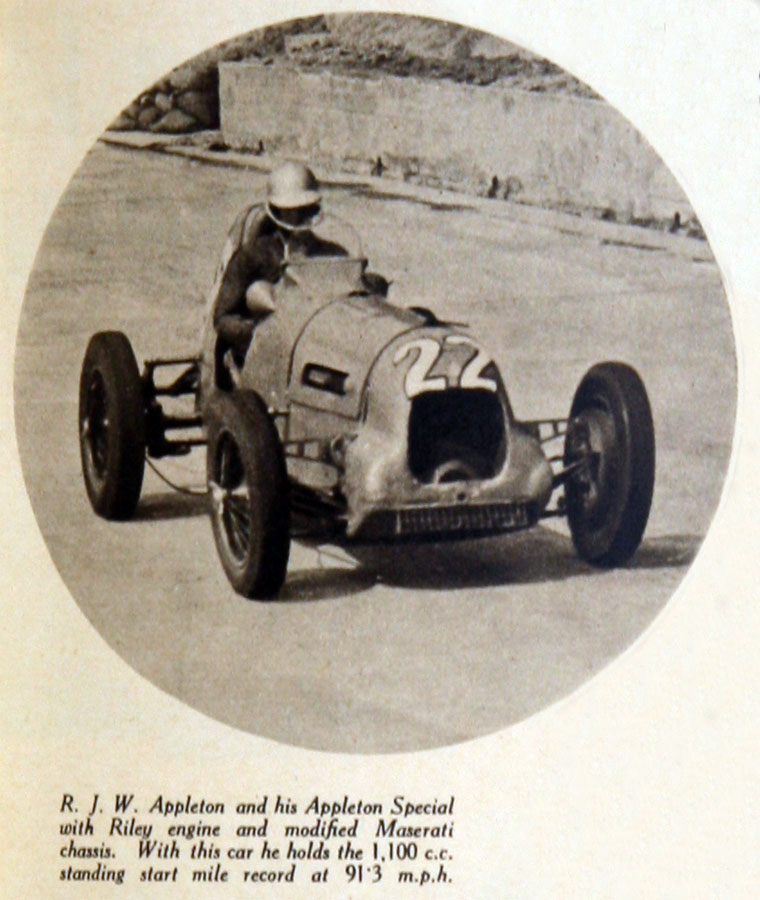 Ronald John Walter Appleton was a driver and racing car designer (The Appleton Special). He was born at Forest Hill on 23 April 1910, and trained became a structural engineer. He resided at 14 Bird-in-Hand Lane, Bickley, Kent. He won numerous successes pre-war in sprints and hillclimbs and was the holder of 1100 cc class international standing start mile with 91.3 seconds, and kilometre records. He was a BRDC member.

The Appleton Special had a Riley engine and Maserati chassis.

An extract from Denis Jenkinson's The Racing Car Pocketbook

"In 1934 R. J. W. Appleton bought a 1,100cc Maserati, with a rather underpowered engine, and replaced it with a tuned 4-cylinder Riley Nine engine. He shortened the chassis, fitted a preselector gearbox from an M.G. and a large Zoller supercharger which blew at 25lb/sq in, and the engine developed 118 bhp. This naturally inspired him to greater developments and his next move was to reduce the width of the chassis to make it a very narrow single seater, at the same time developing the engine still further. A new body was built which was similar to the then all-conquering Mercedes-Benz Grand Prix cars, with a cowled radiator and large fairing on the pointed tail."