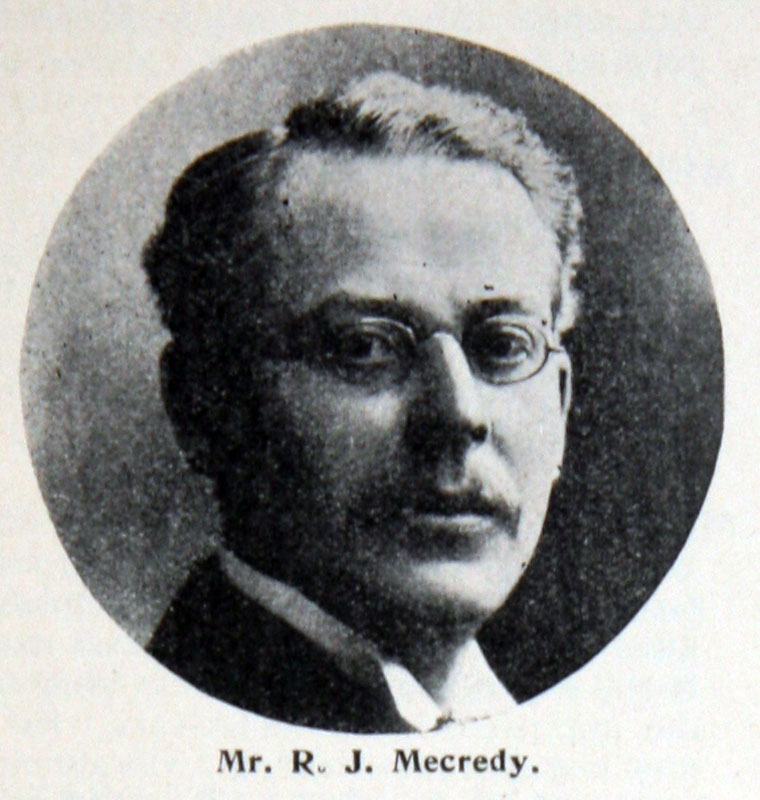 Richard James Mecredy (1861-1924) or 'Arjay' was a pioneer of cycling in Ireland at the end of the nineteenth and the beginning of the twentieth centuries.

A competitive cyclist and tricyclist in his early days who won many races at home and in Britain.

In 1890 he won all four English cycling championships.

He became a successful publisher of the Irish Cyclist Magazine as well as a number of cycletouring guides. Also editor of Motor News.