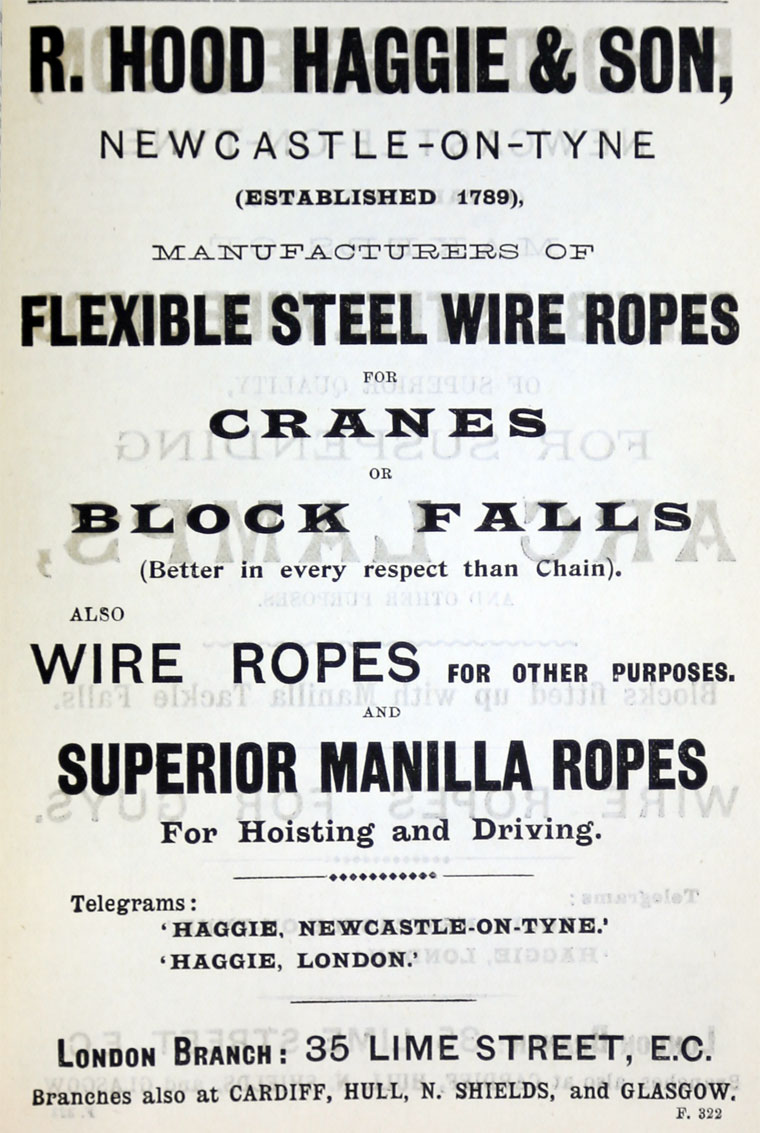 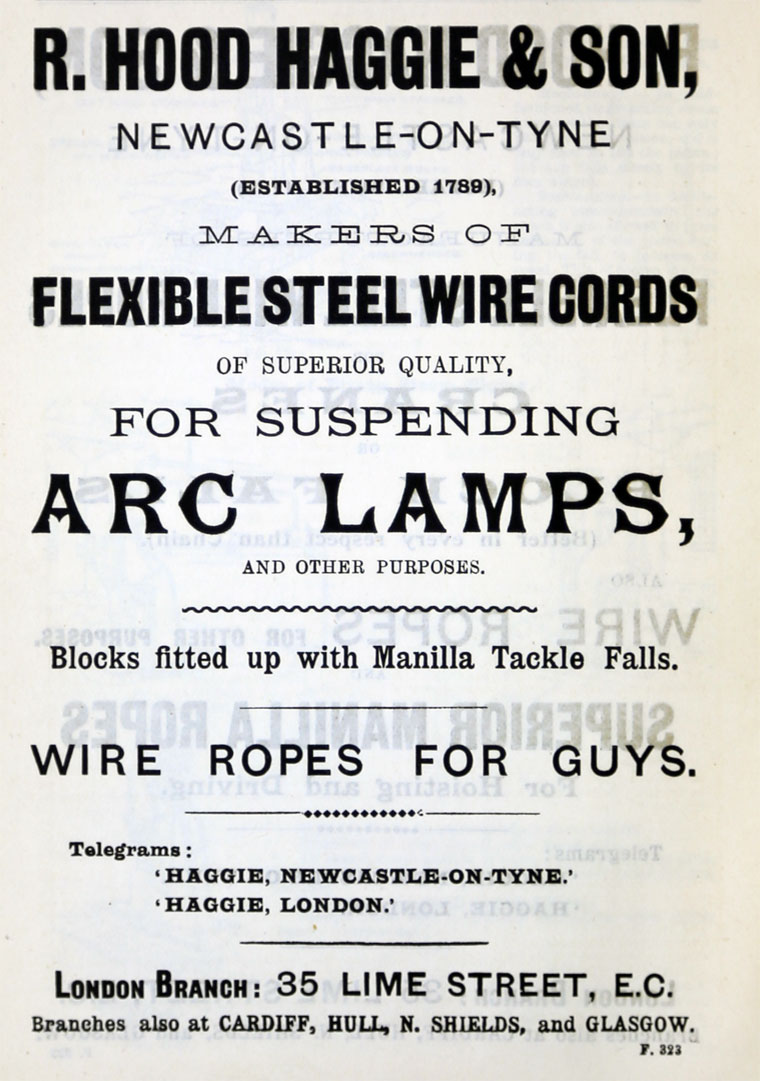 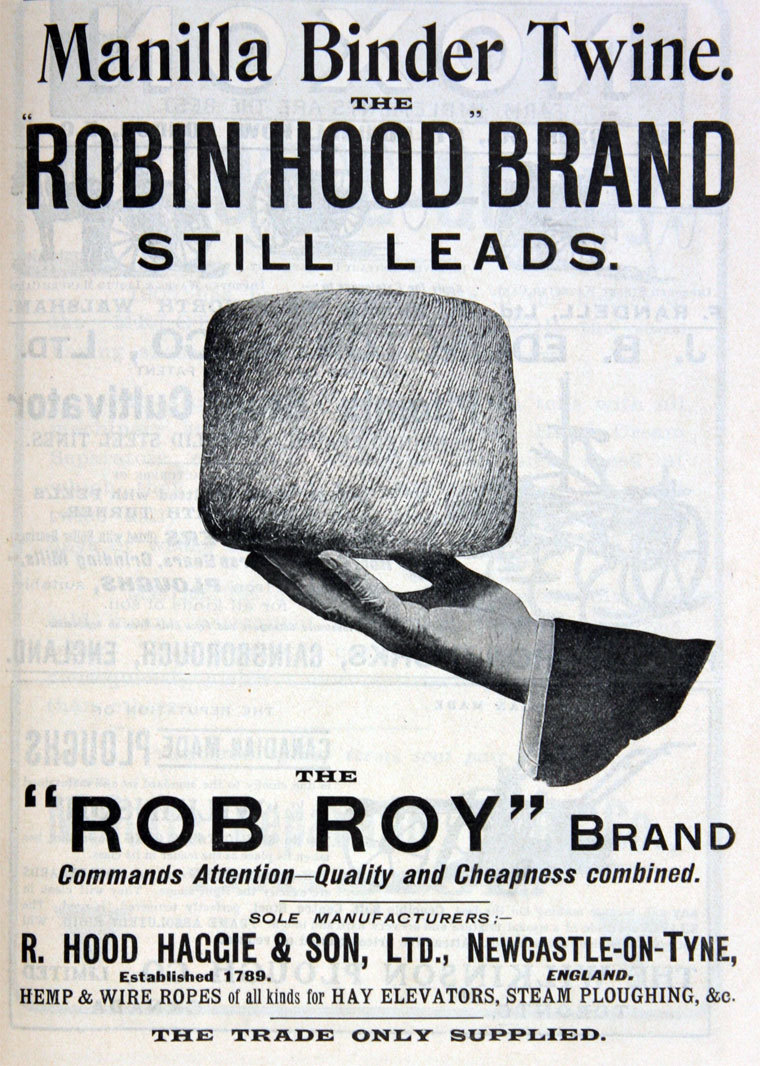 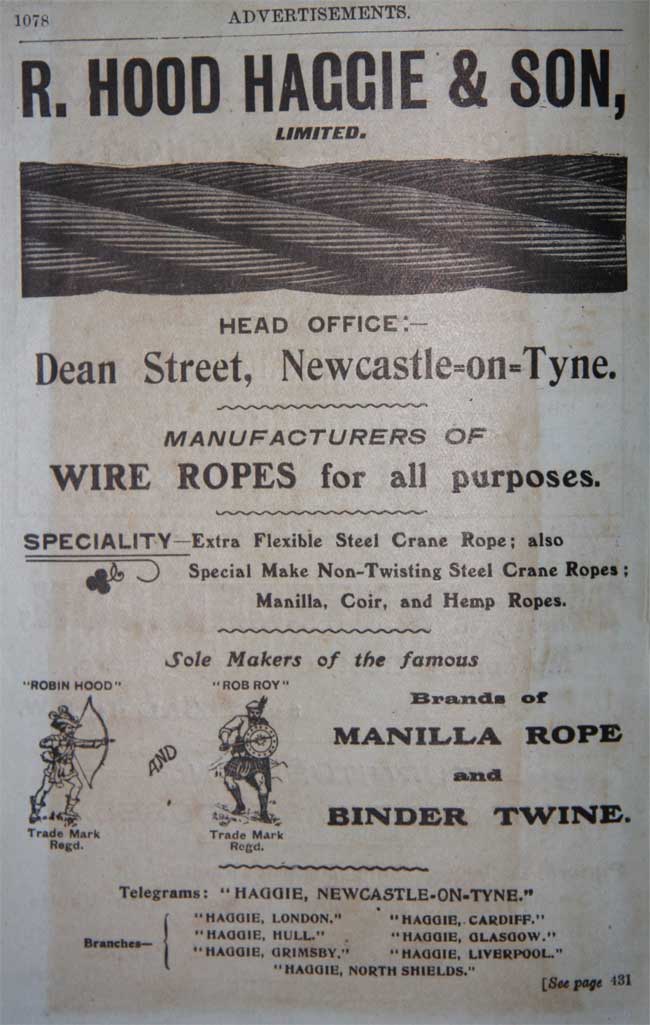 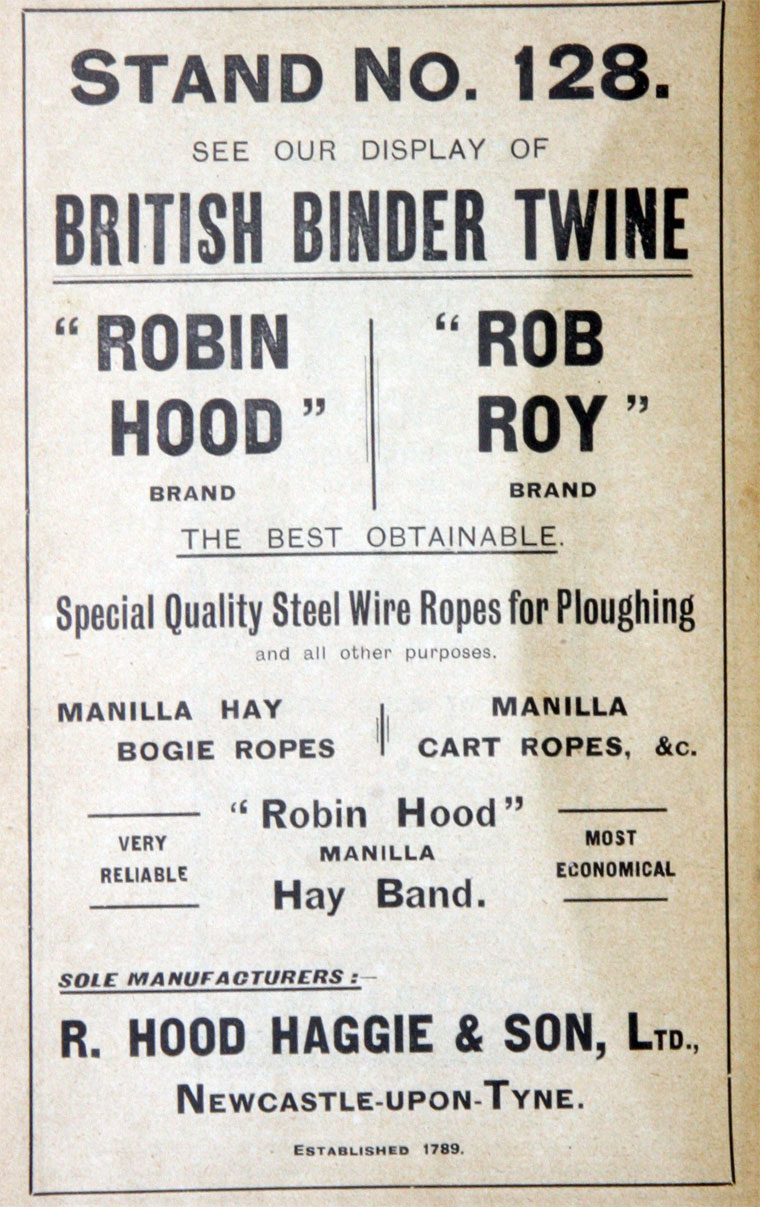 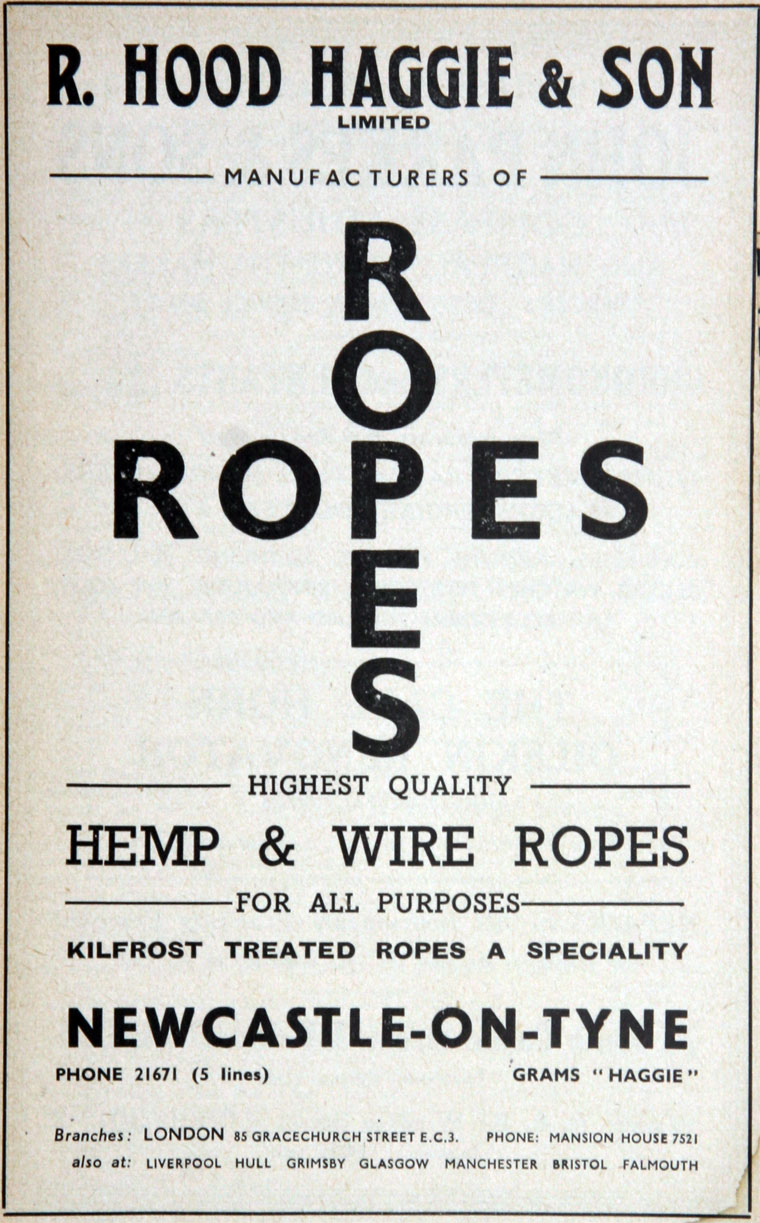 1793 When William died the business was carried on by his sons William Chapman, Junior and Edward Chapman.

1797 Patented a machine that could make rope of any length without a splice.

1843 The lease of Chapman's Ropery taken over by Robert Hood Haggie, Senior having fallen out with his family at the South Shore Works - see Haggie Brothers

1900 Incorporated as a Limited Company. The company was registered on 28 November, to acquire the business of manufacturers of steel wire, Russian hemp, manilla and other ropes of the firm of the same name. [1]

1959 British Ropes acquired R. Hood Haggie and Son with its subsidiaries Glaholm and Robson and Dixon and Corbitt